The Giro is over...(how long until the Tour de France?)...Dan Alexander is back for the first of three road.cc live blogs this week before the long weekend...(thanks, Queenie!) 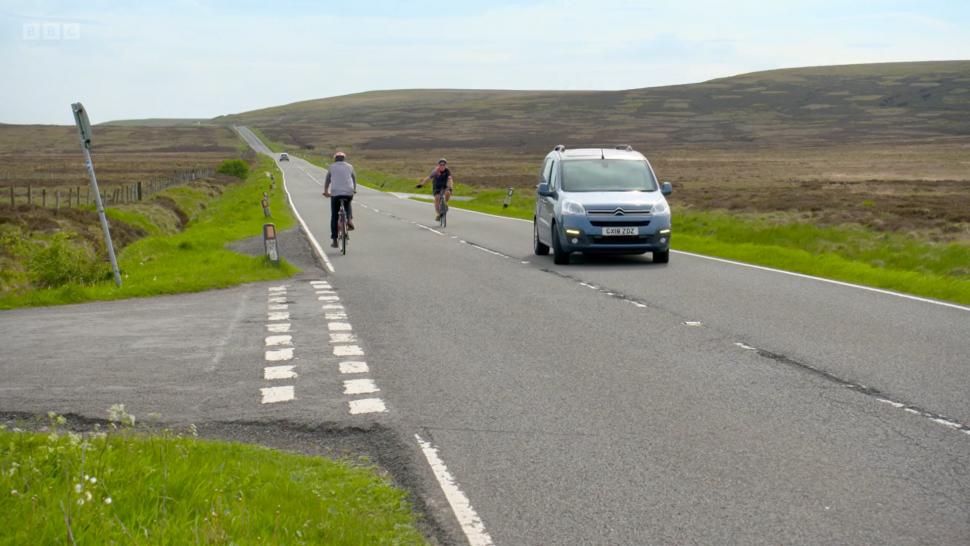 Strap yourselves in for this one... Countryfile did cycling last night, with the segment on the BBC One show since being described as "vile", "disgraceful" and an "utter shitshow triggering anti-cycling hatred" by disgruntled viewers.

Conversely, the usual frothing section of social media reacted to the episode, which included an interview with the widow of a cyclist killed by a speeding driver, crying foul about January's Highway Code changes, two abreast riding and all the other anti-cycling bingo favourites...

The comments about cyclists are every bit as depressing as you thought they might be. #countryfile

Warning: none of the following is particularly pretty...

During the section he spoke with the widow of Anthony Satterthwaite — a cyclist killed in a collision with a driver speeding at 59mph on a 40mph country road (although presenter Heap narrated the incident as: "Anthony was hit by a car on a lane" before later outlining more details of the driver's wrongdoing).

The reporter then spoke to Dame Sarah Storey, Britain's most successful Paralympian and recently announced Greater Manchester active travel commissioner, and after hearing her call for reduced speed limits and greater vigilance from drivers, asked: "let's face it, cyclists can be occasionally dangerous and occasionally full of themselves as well, can't they?"

Heap's segment ended with driver vox pops in the Peak District, during which the Highway Code changes and two abreast riding were addressed in such glowing terms as "infuriating", "crazy" and "aggravating".

So, what did cyclists think of the segment?

And how about the usual suspects? Get your bingo cards ready...

You literally tweeting this after watching Countryfile and learning about the devastating impact the death of someone killed on a bicycle has. Unbelievable https://t.co/E97ZGU3jVW

Dame Sarah Storey on #countryfile saying 60mph on country roads is not appropriate. No, and neither is 10mph while stuck behind a bike

#countryfile what a load of wallop. Maybe if cyclists actually decided to ride on quieter roads, not main driving routes and moved over so cars could pass (although most cyclists feel like they're the only person on that road) then they wouldn't get hit as much.

Almost 24 years on this planet and I've just found out it's a segue not a segway?! Next you'll be telling me it's not 'see I to I' or 'ends meat'... Journalists aren't as good as they used to be, are they? My own personal ramblings out the way, here's what you've been saying about Countryfile's chaotic cycling episode...

Odd piece wasn’t it, especially as @tomheapmedia would appear to be the most bike friendly presenter. 🤷‍♂️

so many lowlifes commenting so horrendously on an article about someones husband. father & son dying, no empathy or humanity. I hope that poor lady isn't on twitter to see it all

Well, I don't want to spoil anything, but boy do we have a story for you tomorrow morning...

Also would it be peak road.cc if it wasn't all captured on Jeremy Vine's 360-degree camera?

.@TrekSegafredo … Stopped by your mechanic’s bus yesterday in #London, cheekily asked for a service but apparently your guys were busy …

I got a ‘Chapeau!’ for my choice of bike, though Near Miss of the Day 775: Two videos highlight inconsistency in close pass enforcement

Our regular series featuring close passes from around the country - today it's Gloucestershire
26
30 May 2022, 14:11
Rapha: We believe that all athletes should have the opportunity to race

Transgender cyclist Emily Bridges insists she has no advantage over rivals

Rapha has joined the conversation under our link to the story about Emily Bridges' DIVA magazine interview...

Trans rights are human rights. We believe that all athletes should have the opportunity to race. We don’t have all the answers to how this should be actioned but we’re standing by our athletes and supporting them.

The why cyclists don't use the cycle lane series has been running for years...and shows no sign of slowing down. Today's edition comes from Brighton...

Nothing says we’re serious about active travel more than building a big safe bike lane along the beach and then letting it be used as a car park at weekends. pic.twitter.com/kajGviaHj1

Adding to the "nothing says we're serious about active travel" theme, Finn said: "See also, trying to look serious about tackling climate change while sanctioning events that encourage people to drive old polluting cars to the beach just for fun whilst deliberately preventing people getting around in healthier ways."

Time for some more why cyclists don't use the cycle lane specials... 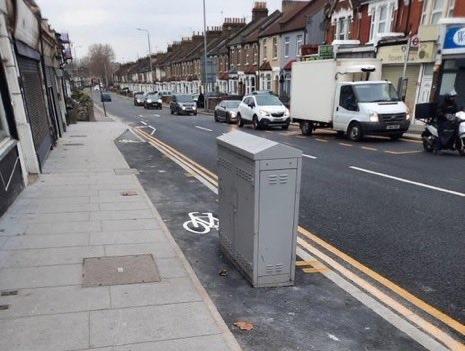 > "This has UK written all over it": Another why cyclists don't use the cycle lane classic 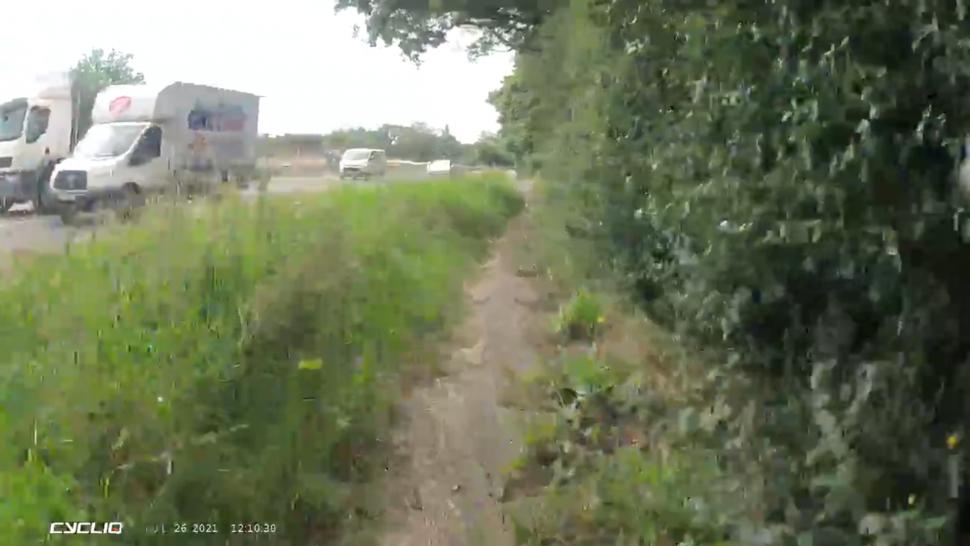 > The 'why cyclists don't use cycle lanes' cycle lane 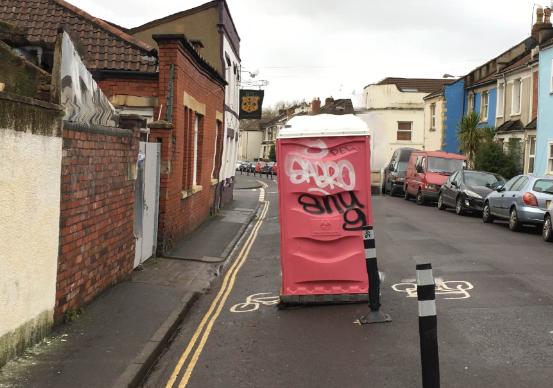 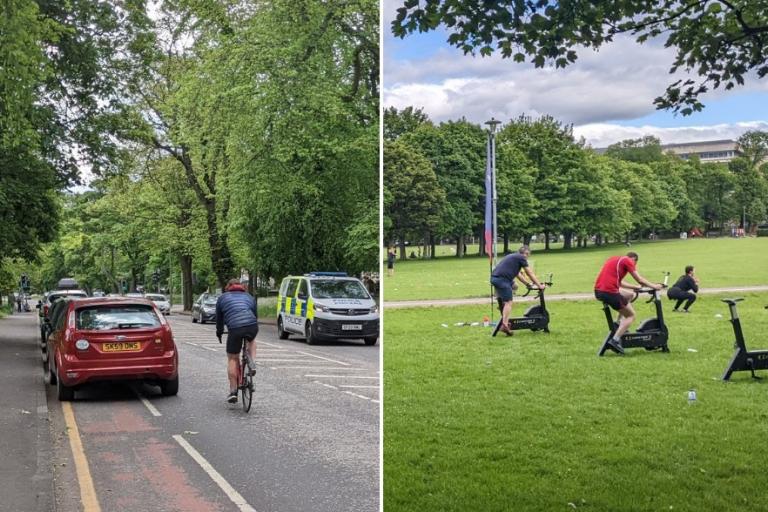 Local resident says issue highlights lack of safe cycling provision in Edinburgh
38
30 May 2022, 10:55
When he's not eating pineapple pizza and popping wheelies on a TT bike...

UK courier Yodel has delivered 492,000 parcels by bike over the last six months, the company has revealed. The news, reported by 365 Retail, means Yodel has surpassed its previous year's record of 290,000, and hopes to hit 750,000 by the end of its financial year in July.

Yodel partnered with Urb-it, allowing couriers to deliver parcels via its e-cargo bike fleet, a partnership which was extended following a trial period and has expanded from just London to Glasgow, Bristol and Manchester as well. Birmingham, Liverpool and Edinburgh are touted as the scheme's next locations.

"We’re extremely proud of what we have achieved with meeting key targets in our drive to deliver a more sustainable service for the future," Mike Hancox, Yodel CEO said.

The council has teamed up with Finnish software start-up Crowdsorsa to collect crowdsourced data of the county's routes to survey the condition of infrastructure.

Cyclists are invited to record footage of cycle routes shown on the app (there are over 250 miles) which are covered with virtual fruit and berries. Each mile of the cycle route has around £2.50 worth of objects to collect. 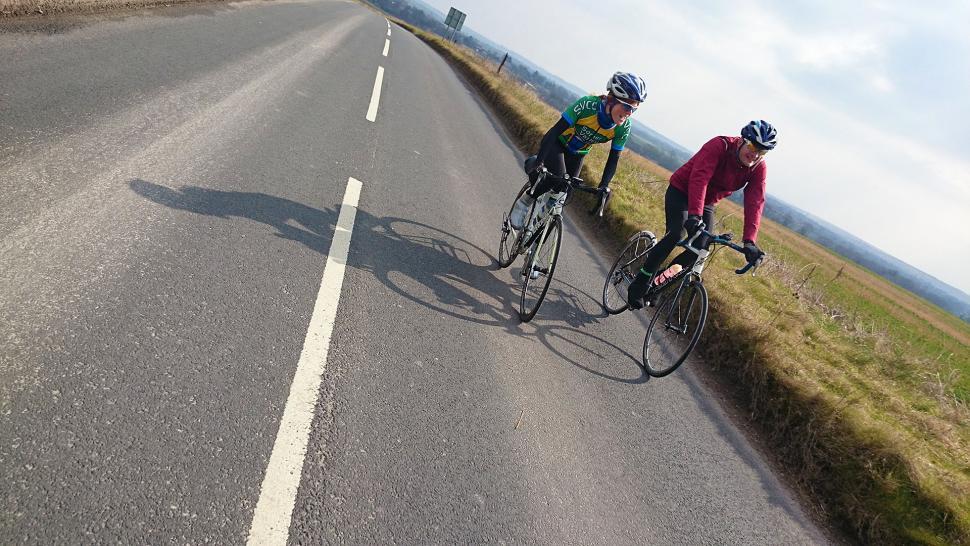 "The game encourages players to explore the county and keep fit, while also earning money in the process," a council spokesperson said.

"In a UK first, the council has teamed up with Finnish software startup, Crowdsorsa, to provide a crowdsourced data collection event to survey the condition of the county’s cycling infrastructure.

“The mobile game would allow riders to collect virtual fruits and berries worth money. These are collected by recording video footage of the cycle routes ridden.

“The survey will start at 10am on Thursday, 2 June, and anyone with a smartphone, bike and phone holder can take part.

“The game shows users over 250 miles of cycling routes on a map, all covered with virtual fruit and berries, and the more of these they collect – the more money they earn. Each mile of cycle route has around £2.50 worth of objects to collect.

“Anyone with a smartphone, a bike and a phone holder can take part in the survey.

“The Crowdsorsa mobile game can be downloaded for free from the App Store and Google Play. Within the app, there is a mission created for the Gloucestershire survey, which also features instructions for users."

"Money back as a free bet if your rider has been retired for seven months and has no chance of even being on the startline..." 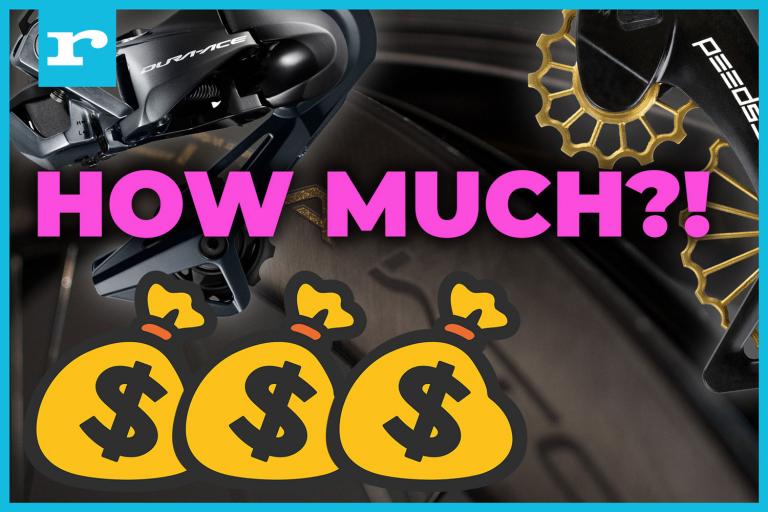 We hate that everything is so expensive in cycling

When did bikes get so expensive and why have prices for everything from sportives to nutrition products gone up?
97
30 May 2022, 09:45
"Three years later and RideLondon is back": Plenty of RideLondon positivity

Three years later and RideLondon is back 😍#RideLondon #WeRide pic.twitter.com/Q5eHnULDe1

We suspect there could be some bingo and TalkRADIO frothing about RideLondon appearing on the blog later...soooo, in the meantime let's concentrate on the positives...

A few years ago, my girlfriend won her @CanyonUK bike from @roadcc. Today, she's used it for her first century at #RideLondon. Thanks all! She might not have done it without you. pic.twitter.com/ge8pUlOYvB

A lot of fun today on #RideLondon Big thank you to everyone who cheered us all on. I really made a difference. Essex was beautiful in the sunshine too. 🚲😎🤙✔️ pic.twitter.com/ZFtrRKGCt0

Set off bright and early from central London today for the #RideLondon 100 mile event.

Excited to pass through Woodford as Redbridge hosts RideLondon for the first time.

It wasn't just about the sportive either. The final stage of the RideLondon Classique, the women's WorldTour event, was won by Lorena Wiebes who made it a hat-trick after winning stages one and two as well...

> RideLondon-Essex riders halted for 30 minutes because of an incident

And beforehand, on the same central London closed roads, thousands of riders enjoyed the car-free city during the RideLondon FreeCycle...

FreeCycle Sunday > anything else 😍#RideLondon pic.twitter.com/wd3Uk988rz

How long until the Tour de France? Bike at Bedtime: An Italian beauty from 1949, the Frejus Campionissimo

Currently Bike of the Month at the Upcycle bike cafe in the northern Italian city
5
30 May 2022, 07:51
Mathieu van der Poel celebrates finishing Giro d'Italia by eating pineapple pizza (and wheelieing his TT bike)

Captioned 'lovely', Mathieu took to Twitter to complete the Giro meme experience, giving the non-Italians what they'd waited all week to see — a robotic Dutchman committing a cuisine faux pas. It's testament to how bloody brilliant Van der Poel is at riding bikes that an act even this heinous and inflammatory (almost) gets a pass...

The Giro started with 'spaghettigate' (the worst of the three crimes if you ask me) — ketchup sprayed liberally over plain pasta...Then, on the second rest day, a picture of a margherita pizza with a pineapple suggestive caption sent the cycling world into meltdown...and prompted the Italian fans to chase him up the final week's climbs brandishing pineapples...

It has finally happened. pic.twitter.com/oACBAUrQYf

In the midst of the madness it appeared the tropical fruit had special powers: Dries De Bondt, Van der Poel's teammate, was handed one during stage 17...he won the next day...

Anyway, after a final week where the pineapple action was almost always more entertaining than the GC, Van der Poel delivered his grand finale...finishing third in the time trial and getting his snap... 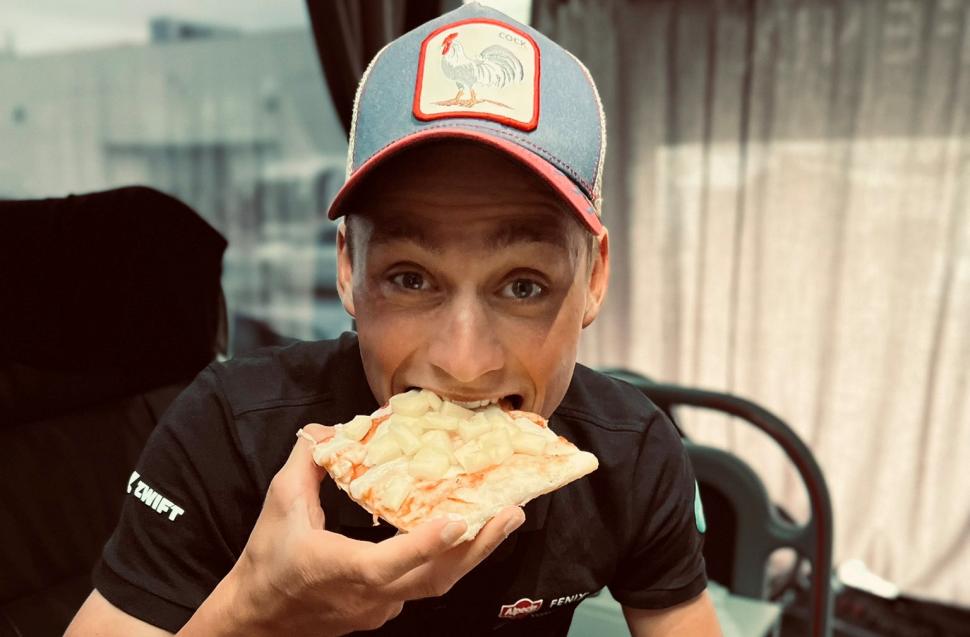 The Giro d'Italia social media team wagered the peloton's great entertainer that he wouldn't win a stage during the third week. Despite his heroic stage 17 efforts, and late dash in the TT, the 27-year-old could not find a second Giro stage win...and yet...

🍍 @mathieuvdpoel, you attacked so hard that, eventhough you didn’t get a second stage win, you won anyways and everyone who loves cycling won with you. We owe it to you (and let's hope for the best). #Giro @AlpecinFenix pic.twitter.com/pAXOwqExFp

Who's the real winner?

If I tried this I would 100% break my neck 😬 gotta love the man and what he brings to cycling #Giro105 pic.twitter.com/yn01gHYBSf

As if the attacking racing and pineapple passion wasn't entertaining enough...Mathieu van der Poel is also the first rider I've seen pull off a wheelie (kind of) on a TT bike...protect this man at all costs...