It appears that this tweet has become a lightning rod for residents' frustrations with @EalingLabour's recent #BonfireOfActiveTravel in the borough.@_petermason's High-Traffic Neighbourhoods make following this advice needlessly dangerous and difficult. https://t.co/hCgK10k4eB

Ealing Council has been taking a kicking today. Here's some more of the rage and disbelief heading their way...

One quite famous local had his say too...

Also Ealing Council ➡️ Let's take out as much safer active travel infrastructure as possible because we prioritise drivers needs.

Over on our Facebook, David Kelly was keen to have a pop at every council everywhere.

"What do you expect? It’s a Council FGS.. I’ve yet to hear any good reports about any. Ours are just as useless.." Someone's bin didn't get collected... 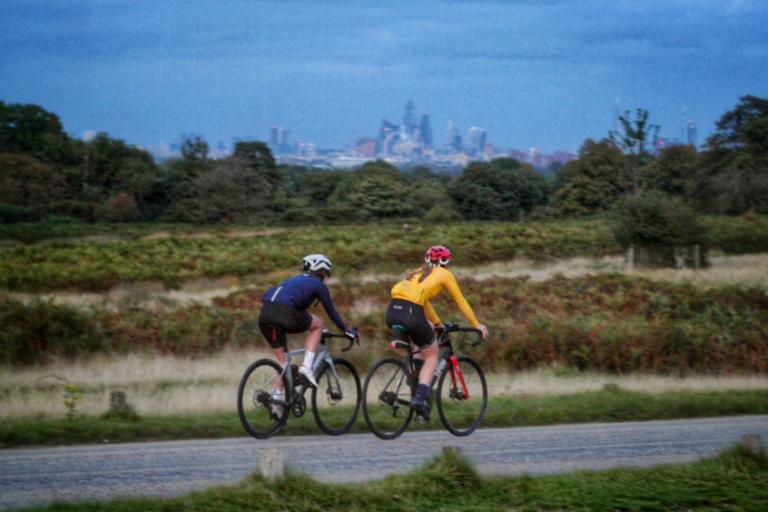 16-year-old has been charged with unrelated offence while police continue investigation into spate of violent robberies
0
20 October 2021, 14:13
Nigeria kit or fake cycling infra? Chrisonatrike in the comments feels like he's seen that Nigeria kit before...brooksby reckons it's more like the chewy mint wrappers from the 70s...

I’m not sure I could look any happier! I am beyond grateful to the awesome team at @NorthRoadCycles for creating this custom built & painted two wheeling thing of absolute beauty. Let the gravelly off road adventures begin! #gravelbike #cycling #adventures pic.twitter.com/BRwAWdgRj8

Driver of this vehicle thought his car was a pedal cycle! Traveling at speed, along a dedicated cycle lane, past an unmarked traffic car isn’t the best idea when you don’t have insurance! 🤦‍♂️ Vehicle stopped on Bridgwater Way, driver reported and vehicle seized #165 pic.twitter.com/1XnJ9beY6N

Another classic of the 'drivers using cycle lanes' genre. Jeremy Vine has something of a monopoly on the genre in our archives...

One in Hyde Park and one Uber driver cutting in front of a cyclist to take a shortcut through a segregated cycle lane.

Worse still was the German motorist who filmed himself speeding past a cyclist riding in the road...by driving along the segregated shared-use path. The driver shared the video on Facebook with the caption, "If you use my lane, I'll use yours."

Youre Hard David Brent GIFfrom Youre Hard GIFs
20 October 2021, 13:32
"All he does is ride a bicycle around the neighbourhood": Meghan Markle's dad slams Prince Harry...about his time in the saddle Time for some tedious celeb news to light up your Wednesday afternoon...the estranged father of Meghan Markle has ripped into Prince Harry during an explosive Good Morning Britain interview. Why? For one, he abandoned the Queen and royal family. But far worse, "All he does now is ride a bicycle around the neighbourhood he lives in. It's not much of a life for him either, it doesn't make sense."

Doesn't sound too bad to me. Was anything else said worth reporting here? No, not really...

Each day, we will be posting an impactful action you can take for the environment.

Over 50% of the journeys taken in the UK are under 2 miles. Why not start small & swap one car journey a week for walking, cycling or public transport 🚶‍♀️🚴🏼🚌🚋#ActForEaling pic.twitter.com/6rGJDnrizl

Ealing Council was winding up its residents this morning by suggesting active travel or public transport for journeys of under two miles. The problem? Well, just two weeks ago today they began work removing seven LTNs based on 22,000 responses to a 'consultation' many have dubbed a residents' referendum.

Cllr Costigan asked locals to believe the council remains committed to active travel, but was listening to (22,000 out of 340,000) local people when deciding to scrap the schemes. It wasn't the first time the council has ended up in hot water for its handling of an active travel scheme.

Back in May, an LTN trial was removed "during the school run" as parents and children tried to make their way home along the route...

Needless to say, suggesting more walking and cycling didn't go down well, with many accusing the council of empty words and encouraging, not enabling.

Hilarious - @EalingCouncil removes safe cycling routes and LTNs, and then asks us to cycle and walk. Top points for humour, zero points for effective action. 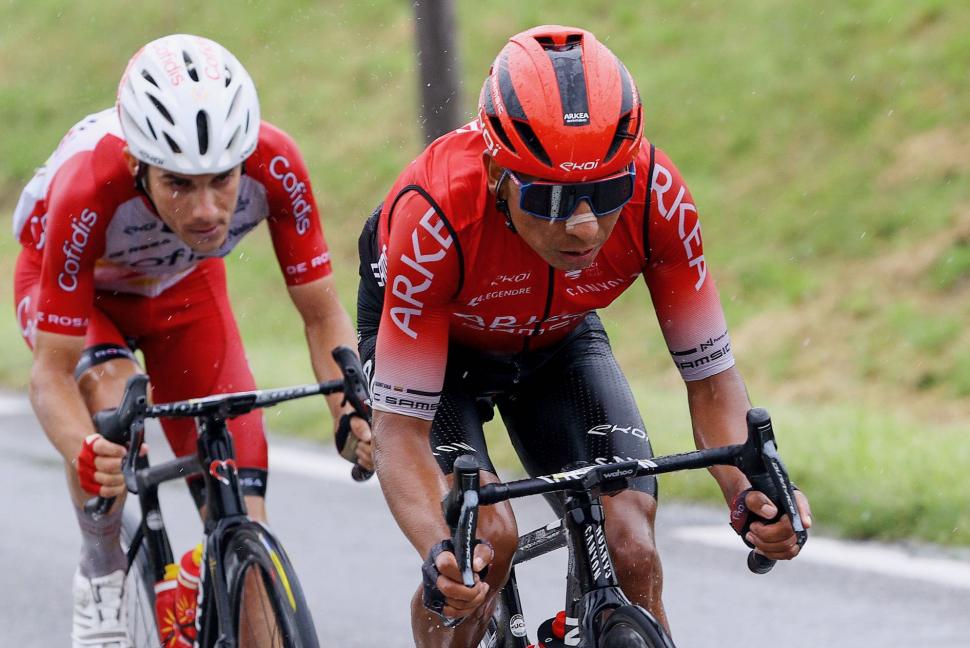 He may not have finished on the podium since 2016 and in the top ten since 2019, but Nairo Quintana says he's still going all in for the Tour de France next July. The Colombian took a break from dressing as a chameleon on the Masked Singer to speak to EFE..."For me, the Tour is always the race of the year - all of my preparation will be focused on the Tour. We’ll have to talk to the directors and riders, and we’ll study the route, and then we’ll make some decisions about how we will take on the Tour.

"I am a GC rider. Every year I come to the Tour with these ambitions, except 2021, when physical problems wiped them out. The route is good for us. It’s important to arrive in top condition to be able to take it on."

Elsewhere, Patrick Lefevere has been saying things. Don't worry, nothing silly. He outlined his team's plans for Remco Evenepoel next year and said the goal is to get the Belgian back in top shape for the Vuelta a España. Evenepoel struggled at his maiden Grand Tour, this year's Giro, and Lefevere wants to build him up with week-long stage races before taking the step up to three weeks. 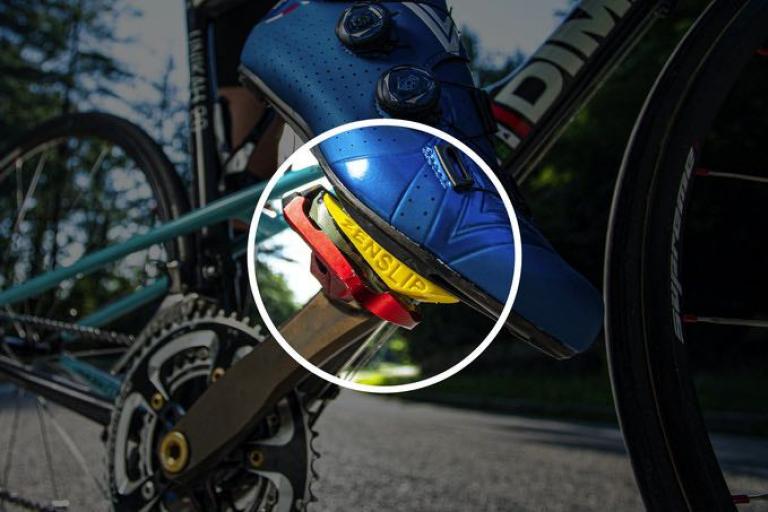 ZENsystem Slip wedge claims to “improve your cycling performance by 5%”

Kickstarter campaign launched for design that’s claimed to increase your cadence and power immediately
42
20 October 2021, 11:33
10/10 kit: Nigeria will be the envy of everyone at the UCI Track Cycling World Championships

It's day one of the world champs in Roubaix and the Nigerians may have won the entire thing already. Not because of anything on the track, just for this beauty of a kit...

Here's your day one schedule. Lots of qualifying (plus some team sprint finals later on)... Police caught gang as they tried to make getaway following break-in at Grafham Water shop
13
20 October 2021, 10:09
As good as it gets? How's your bike-handling? How are your nerves?

Every time this video resurfaces it gets those butterflies going. Just watching until the end feels like an accomplishment...

Want eight reasons why your next bike should be a mountain bike? This video may have just made that nine...

And for all the best specialist off-road news, reviews and features check out our sister site off-road.cc...

Something special is happening in Barcelona. It started last month when some parents organized a bike ride to school for just five kids. Now entire neighborhoods are joining. They call it Bicibús – or Bike Bus. pic.twitter.com/qIxsQEervG

We've seen a few of these pop up here in the UK and Ireland, but it seems the trend is going international. The Esports World Championship will also be back, and anyone can qualify
3
20 October 2021, 09:05
Deceuninck-Quick-Step tease "important news"...spoiler alert: it wasn't Cav's contract announcement

Important news coming in just a couple of minutes 😃

As a British-based cycling website, when you see Quick-Step tweet something like this it gets you excited for some Cav news...are they about to finally announce his new contract? Nope. No offence, Zdeněk Štybar, it's not quite the news we were looking for...

A winner of Omloop, Strade Bianche and E3.
A stage winner at Le Tour and La Vuelta.
A two-time National Champion.
One of the team's longest-serving members.

Happy to announce that @zdenekstybar stays with us in 2022 - his 12th season in the Wolfpack: https://t.co/Z1iD80UG2i pic.twitter.com/huNtwai6vY

16-year-old has been charged with unrelated offence while police continue investigation into spate of violent robberies
0
20 October 2021, 07:47
"Were cycles not on roads before vehicles took over?": Some final reaction to yesterday's social media spat

Right, let's wrap up the final reaction to the drivers vs cyclists social media spat from yesterday...chances are most cyclists here drive as well, a context that's often lost in a 280 character reply. The tweet that began it all has now been deleted, but spread the message "the amount of cyclists on the road today should be considered a crime."

It got plenty of educational (and funny) replies, and for whatever reason these sorts of 'debates' are popular, so here's the last of your thoughts and opinions before we move on...

Clive Wallis commented on Facebook: "Three hours waiting for fuel not a problem. Double parking - not a problem. 10 minutes driving round looking for a parking place - that's okay. Held up for three seconds by a cyclist and I go ballistic !!!!"

Tim Chandler added: "It's all relative...car drivers don't give a toss about holding up motorcyclists, but get stroppy when they get held up by the kings of the road on pedal cycles."

Graham Snook still has the most-liked comment: "They moan about people on bikes on the road, they moan about spending money on a dedicated cycling infrastructure to get people on bikes off the road. They moan if we go too close to their cars and moan if we keep a safe distance away from them. They moan that they want us to obey the traffic laws, but also moan when we ride two abreast. What they want us to be is Schrödinger's cyclist."

The blog got enough attention for it to be shared out to the wider non-cycling public, including some of those who enjoy a spot of bingo...

Bubba Junior added some intellect to the conversation..."Not got a problem with push bikes but for the love of god can you wear proper clothing, the bikes was here before cars but the men didn’t ride around in Lycra shorts and tap dancing shoes."

To be honest, we're still thinking about this... 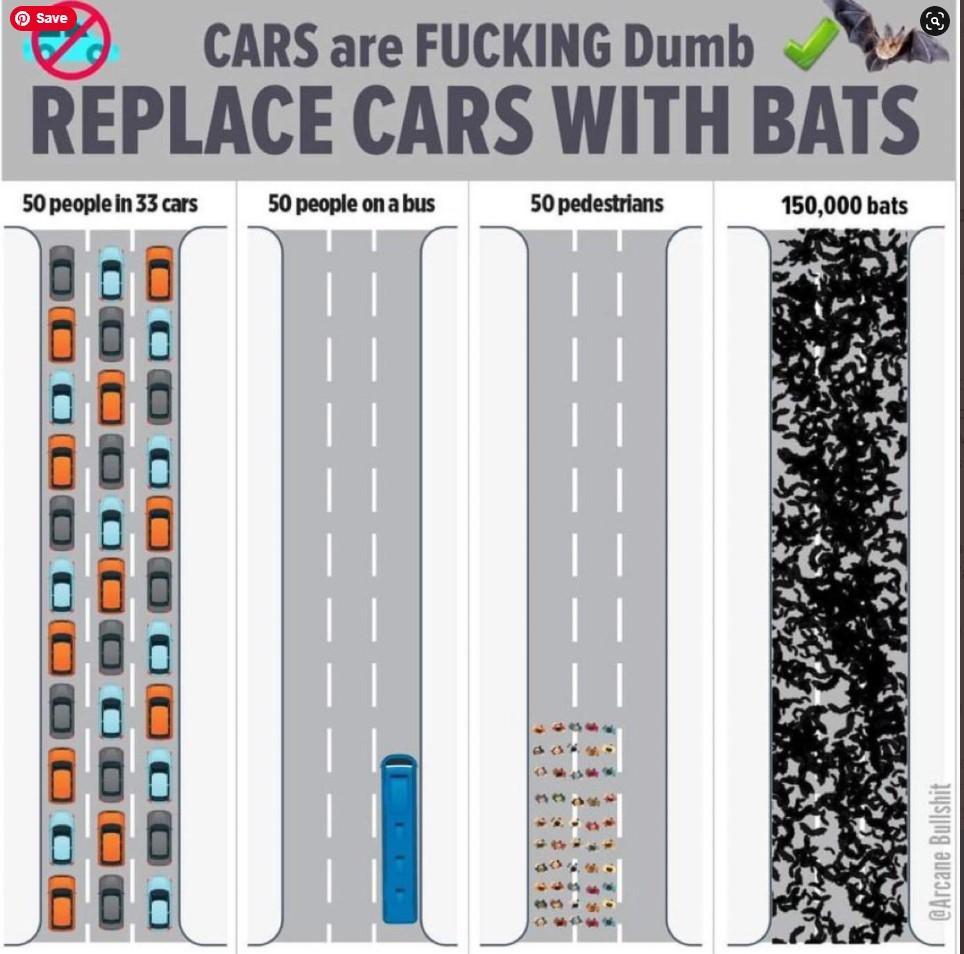