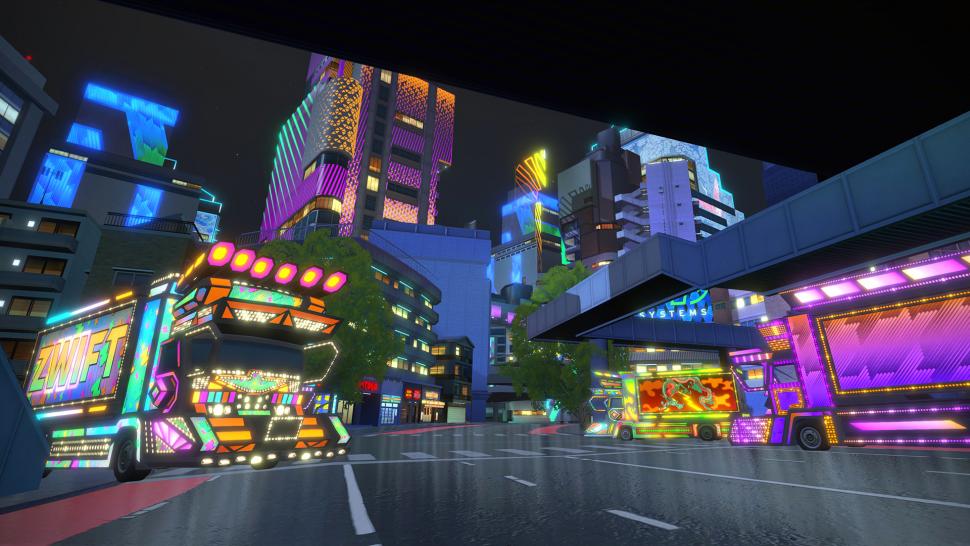 The Esports World Championship will also be back, and anyone can qualify
by dave atkinson

If you’ve been off the indoor trainer for the summer, you’re probably dusting it off about now and thinking about a long, hard winter of spare-room miles. Zwift took the unprecedented move this week of sitting us down and telling us about new stuff ahead of time this week; normally we get about 6 hours’ notice of anything new dropping on the platform. Anyway, there’s plenty that’s coming, although the timelines for when it’ll drop are pretty fluid. Here’s a rundown of what’s going to change over this season of riding.

> How to get started on Zwift

One thing that the Zwift community has been asking for for a long time is better tools to manage clubs. Meetups were introduced in December 2018 so you could ride with your mates, and Clubs were officially launched in October 2019, but to a very, very limited pool of users. The good news is that Clubs will be rolling out in a much bigger way in early 2022. 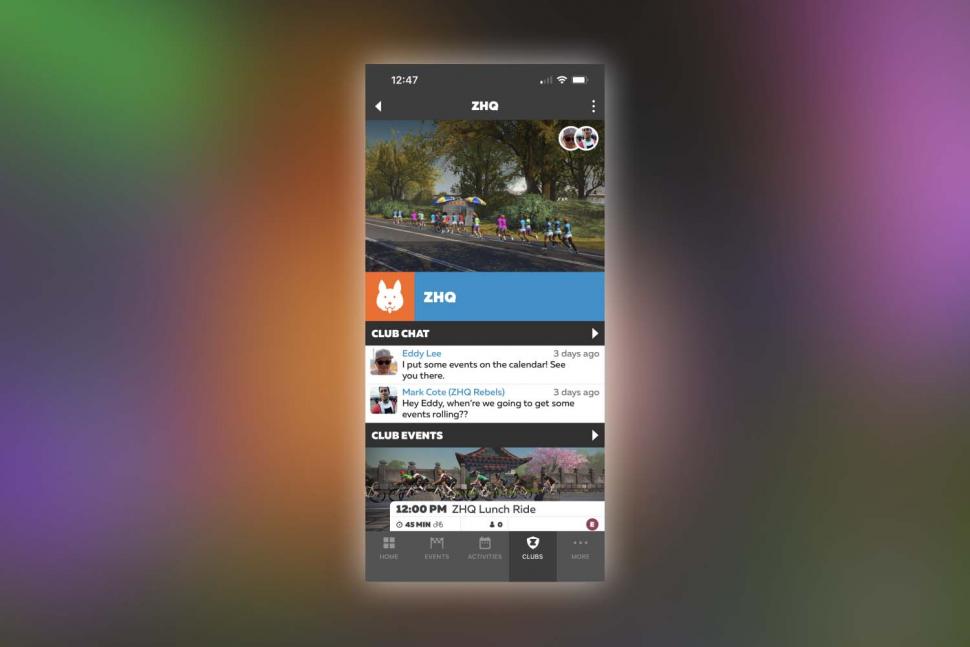 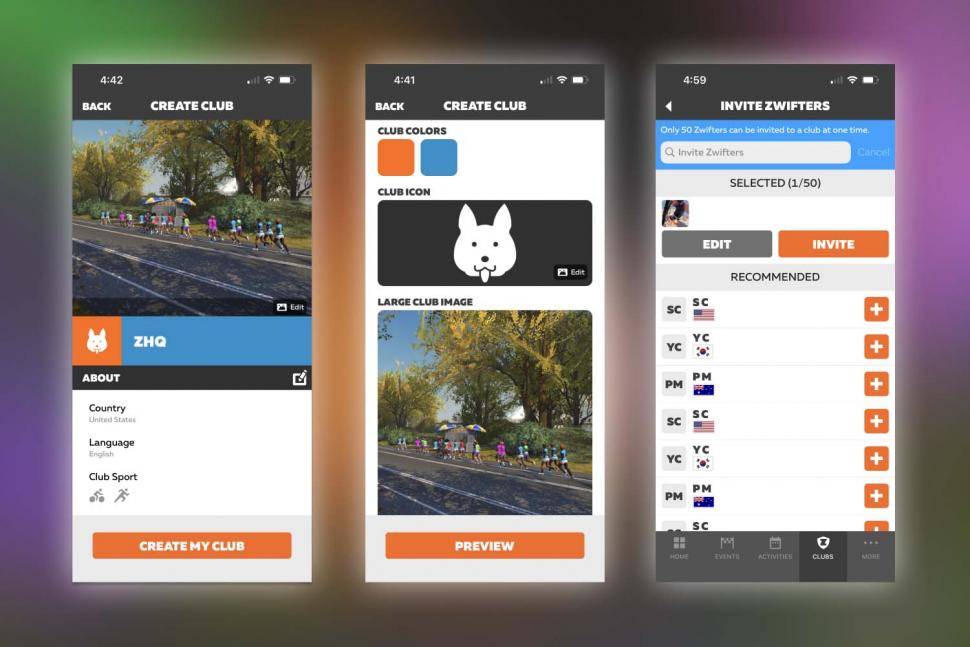 Clubs will get their own page with private messaging and club stats, and you’ll be able to set up club events from the Club home page. For launch that’ll be just group rides, with workouts coming later; adding races wasn’t mentioned so we’re guessing that’s further down the roadmap. 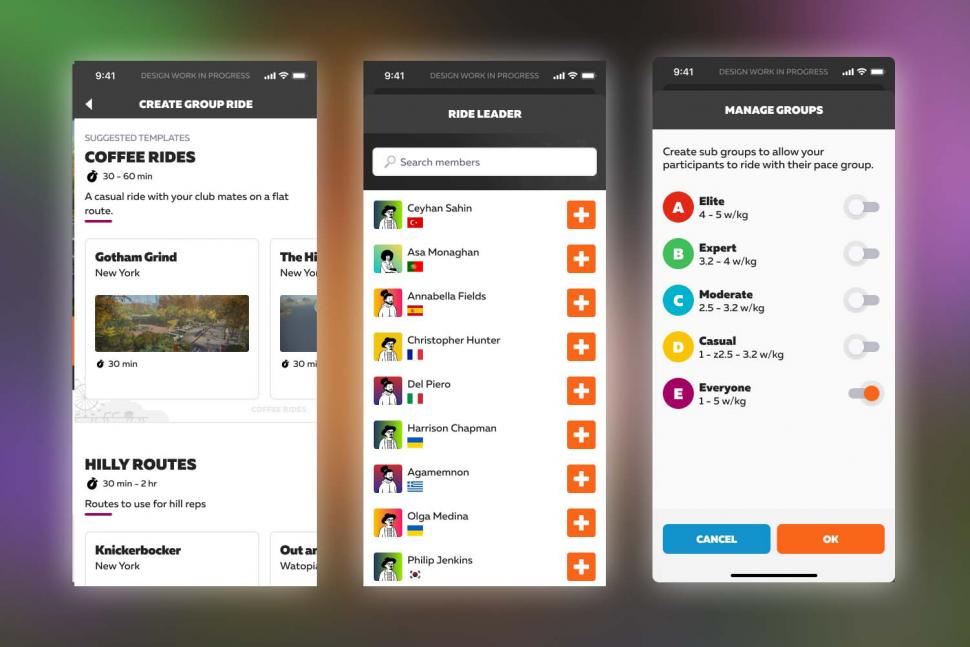 Clubs will bridge the gap between meetups and calendar events; it should give clubs more control over organising events for their members and also give everyone a point of reference within the app, and a place to chat. It’ll be a welcome addition.

> Zwift: a setup for every budget

The home screen for the Zwift app will be changing quite dramatically this season. It’s going to be centred much more on the options for riding. 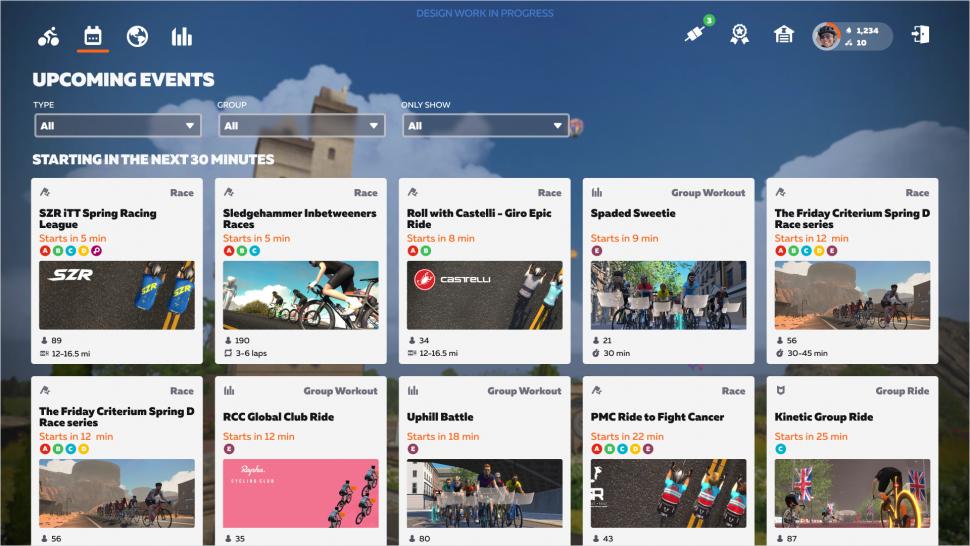 At the top you’ll see a list of events that you’ve signed up for. Currently joining events is a very last-minute thing, with the majority of people signing up in the last half hour before an event starts. This is due in no small part to the current home screen and app design, which make it difficult to find events ahead of time. 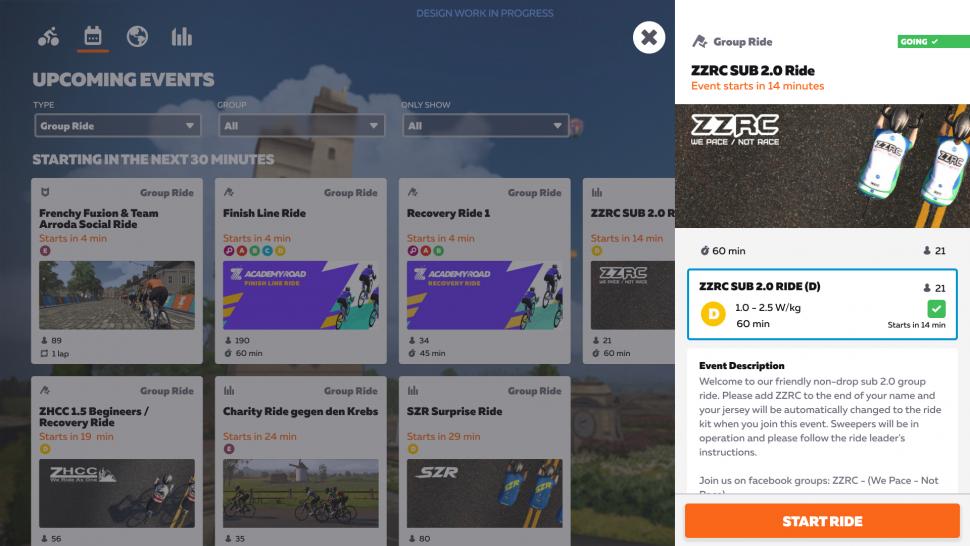 The home screen is moving to a card-based view, where the majority of the screen is taken up with options for riding. At the top you’ll see a list of events you’ve joined, and below that will be cards for events, and also routes that you might want to try. There will be a full list of routes that’s sortable by distance, elevation, estimated duration and difficulty. If you’re a badge hunter then you’ll also be able to see which routes you have and haven’t completed. 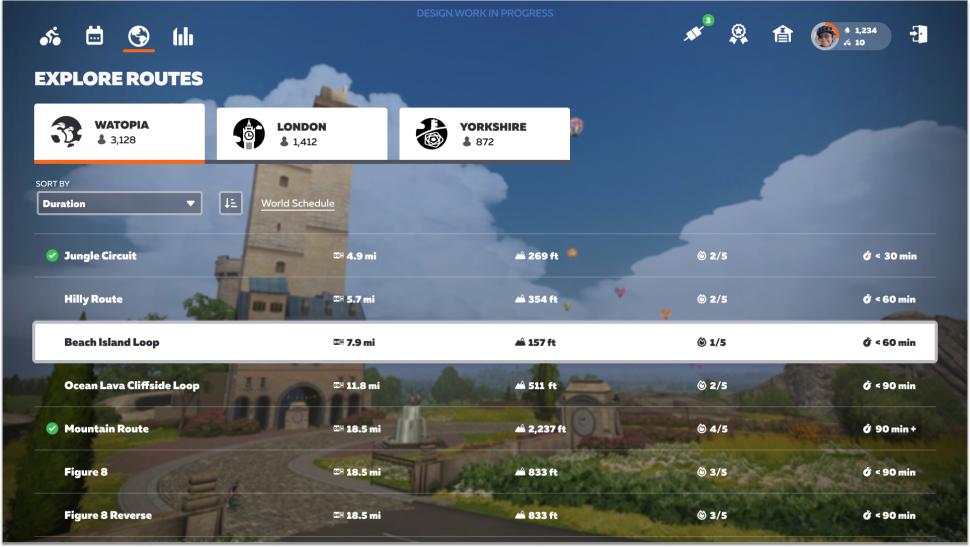 There’s also a filterable list of events, again displayed as cards. Clicking on any card brings up the event details, and there’s options to join within the card. In terms of the look and feel it’s not dissimilar to the Bkool app’s home screen, and that’s no bad thing, as that app makes it a lot easier to find stuff to do than has previously been the case in Zwift. It’ll be a phased rollout across the various devices Zwift currently runs on.

Makuri Islands is the newest Zwift world, and like Watopia it’s designed from the outset to be expandable. The original launch of the Yumezi map gave quite a few route options, but it’s not the biggest map. The next expansion, Neokyo, adds a fast, flat, urban map to Makuri Islands, which should be great for crit-style racing. It almost doubles the amount of road in the Makuri Islands world. 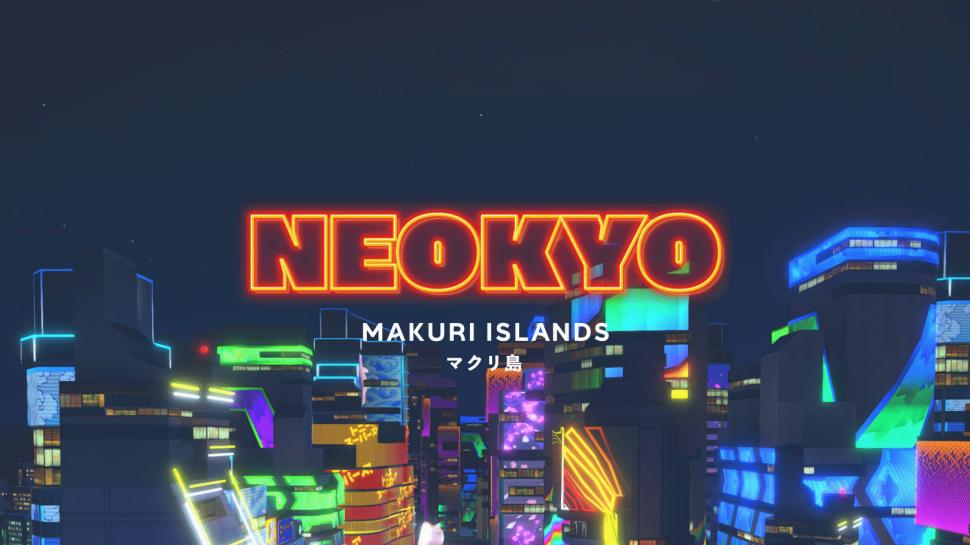 The Neokyo map is permanently night time, which Zwift says helps to “emphasize the unique energy of this city”. And also give plenty of opportunities for fun with neon lighting, of course, especially along Holo Avenue, which is the centrepoint of the map. It’s designed to be the counterpoint to Yumezi; that map is very much a countryside feel, with a lot of dirt roads. Neokyo is city tarmac through a high-rise landscape. There are two start pens for events, and a variety of roads: wide, fast outer city tarmac through the underpass section, and narrow cobblestone streets along the alley sprint which passes through the market district. 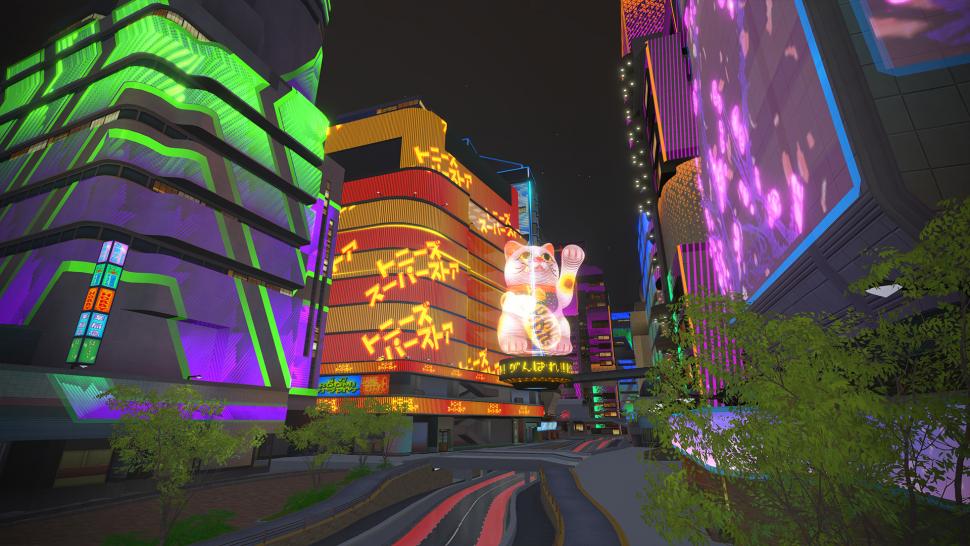 There was a monorail mentioned in the presentation too, which wasn’t explained. “You should try catching it, and see where it takes you” was all that was said. Intriguing.

Zwift has been the platform thus far for the Cycling Esports world championships, and in 2022 that will continue. Each national federation will be able to pick riders for the race, but there are also 25 qualifying slots in both the mens and womens races up for grabs, if you’re good enough to make it through the two stages of qualifying. The final is a scratch race on the New York Knickerbocker circuit on 26th February, with a field of 100 riders for both men and women.

So that’s the news from Zwift for this season. Plenty to look forward to, but as we’ve said the timelines for most of the new features are not set in stone. Expect to see the updates hitting the game and the companion app from next month.