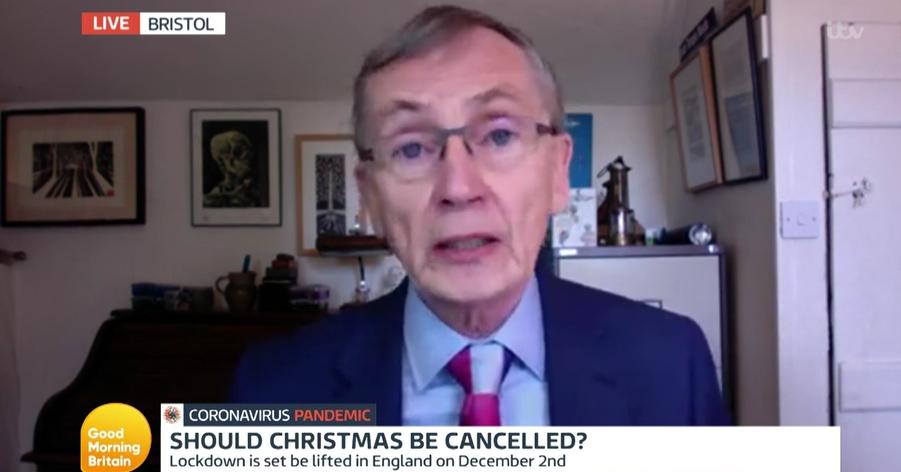 19 November 2020, 16:19
SAGE professor calls for road closures over Christmas to encourage cyclists and pedestrians to exercise

A public health professor at the University of Bristol has called on councils to close roads over Christmas to encourage people to walk and cycle for exercise. Professor Gabriel Scally, a member of the Scientifc Advisory Group for Emergencies (SAGE) argued that the measures should be introduced as part of the fight against COVID-19. He also said people should spend as much time as possible outdoors over Christmas.

At 5'25" into the video above he tells Good Morning Britain: "We should try to spend [Christmas] as much outdoors as we can, weather permitting, walking, cycling. The councils should be closing streets and roads so people can get space and opening up new green space for them to be outside." 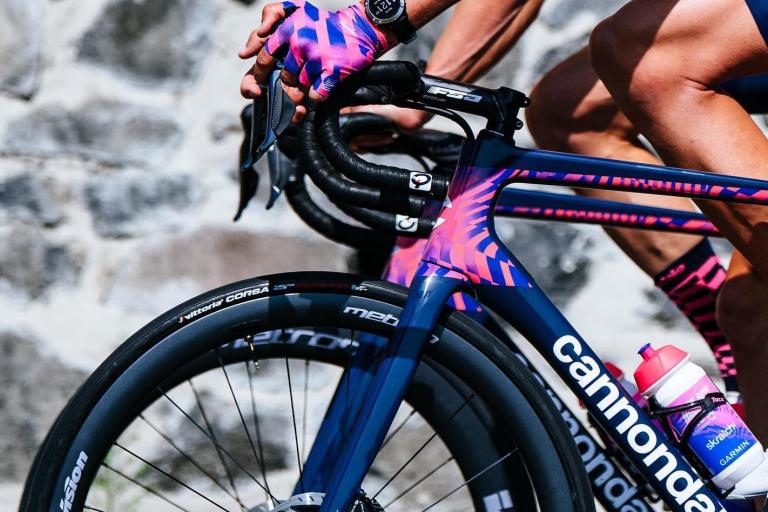 2021 Tech Trends: Tubeless inserts - the next big advance in road tubeless tech? Here are your options

Tubeless inserts for the road could be the next big thing. We take a look at the benefits and delve into your current options
31
19 November 2020, 16:58
Poll results

Earlier we reported a study by #BIKEISBEST which found that 17% of cyclists would consider buying an e-bike if they were subsidised by the government. We put the question to our readers and the result was pretty unanimous. Any excuse for a new bike. 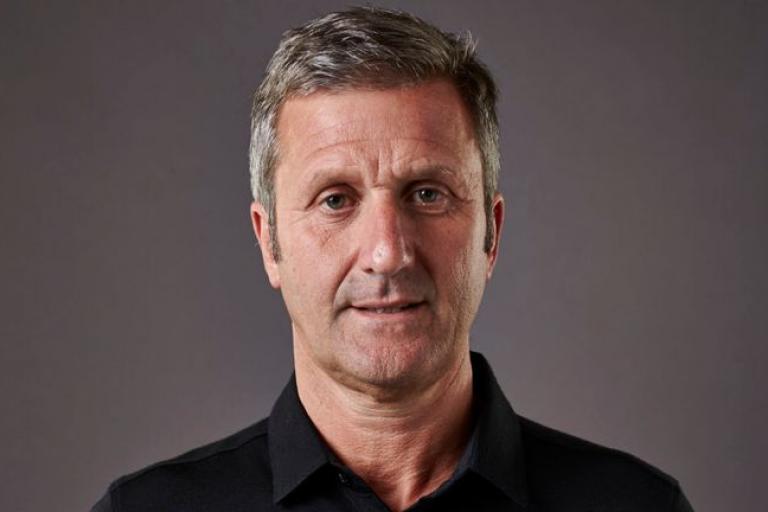 Just when you think you've seen it all someone on Twitter uploads a video of them playing Darude's Sandstorm with the help of a Tacx Neo...Australian cyclist Cyrus Monk is putting his time in quarantine to good use with this series of videos, recreating some of his favourite songs using items in his hotel room. On Sunday it was Nirvana's Come As You Are and today his latest creation is Down Under by Men at Work. But it was this innovative use of the Tacx Neo that caught our eye.

Back in May we reviewed the Tacx Neo 2T Smart Trainer, admittedly without testing it's suitability for recreating noughties dance tracks. 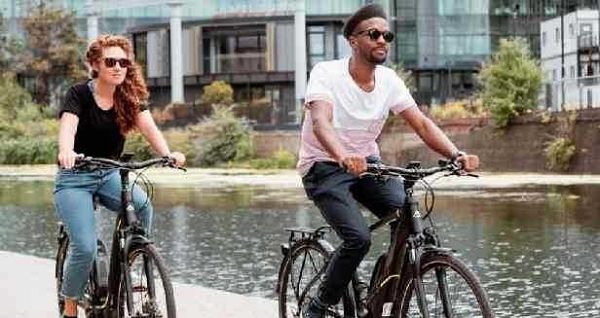 Would you consider buying an e-bike if the government subsidised the cost by 30%?
Created with Poll Maker
Research by #BIKEISBEST found that 17% of cyclists would consider buying an e-bike if a government subsidy was available. The figures come as the government is potentialy ready to cut e-bike prices by 30% with an extension of a subsidy already offered to buyers of other electric vehicles. Of 4,243 responses to research carried out in Spetember 2020, over 53% of respondents said their view of e-bikes is 'much better' or 'better' this year. The full results showed that just under 4% of people were thinking of buying an e-bike in the next six months, while 10% were considering it within the next 7-18 months.
19 November 2020, 14:03
Pain cave Christmas party 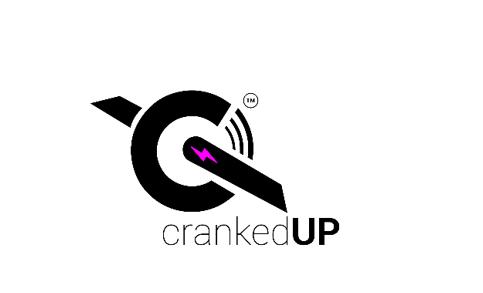 With Christmas parties likely to be the next social casualty of COVID-19, crankedUP think they've got the solution. Admittedly I was hoping for a mince pie and a few pints but maybe you're a more committed winter cyclist than me. On Sunday December 20 you can join other pain lovers at the world's first cycling pain cave party. The event involves team and individual competitions to ride as far as you can over two, six or 12 hours and there'll even be a live DJ set to keep your spirits high.

Keith Williams, concept creator of crankedUP explained the event: "We want to make turbo cycling indoors the most fun and as exciting it can be using multiple connection points: music, racing and commentary, to support riders in ways you can’t in either a sportive or on the track. With technology, no longer do you need to do it on your own, let’s bring the world into your house."

If this sounds like your idea of a relaxing Sunday afternoon you can sign up here, and if you need any inspiration for setting up a pain cave check out 16 of our readers' best lockdown pain caves. 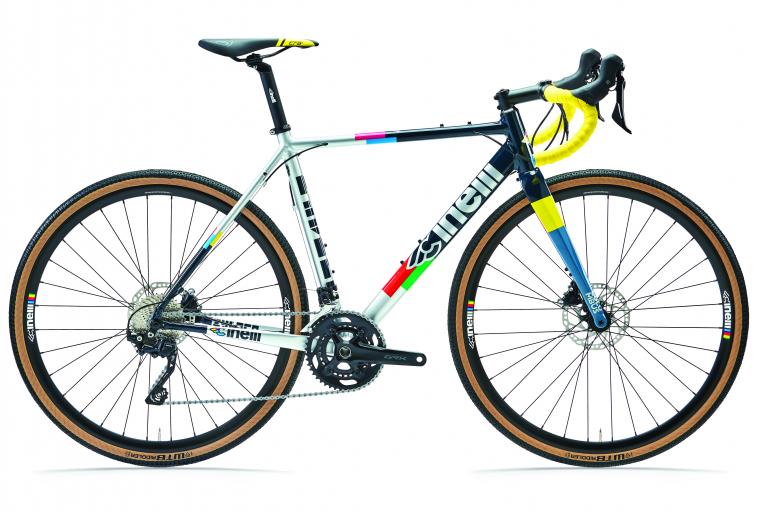 Italian brand adds versatility for road roaming and touring as well as urban/commuting use
8
19 November 2020, 12:36
Warwickshire Police urge people not to buy e-scooters this Christmas 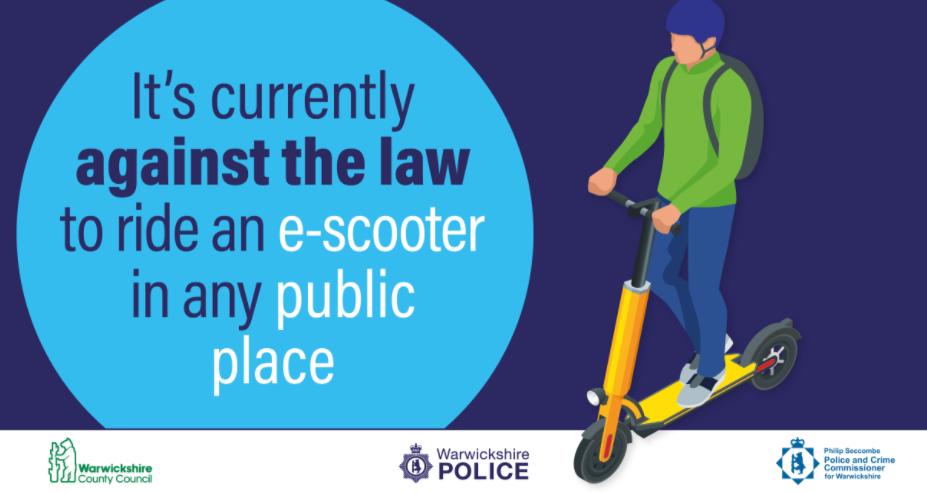 Warwickshire Police have asked people to avoid buying e-scooters this Christmas as it is currently "illegal to use a privately owned e-scooter in any public space including roads, pavements, parks, town centres or canal towpaths." E-scooters are classified as Personal Light Electric Vehicles so are therefore treated as a motor vehicle. As e-scooters do not have number plates, indicators and some don't have visible rear lights, Warwickshire Police say they can't be used legally on the road.

Sergeant Shaun Bridle said: "We understand that buying an e-scooter can be tempting, especially as you can get them from many popular retailers. However the law is clear.  You can buy one but it is illegal to use a privately owned e-scooter in any public space including roads, pavements, parks, town centres or canal towpaths for example. The only place a privately owned e-scooter can be used is on private land.”

Herbert Wyatt, who was also uninisured, pleaded guilty to causing death of Josephine Gilbert in Derby in January
17
19 November 2020, 11:30
Assos investment to save Team NTT 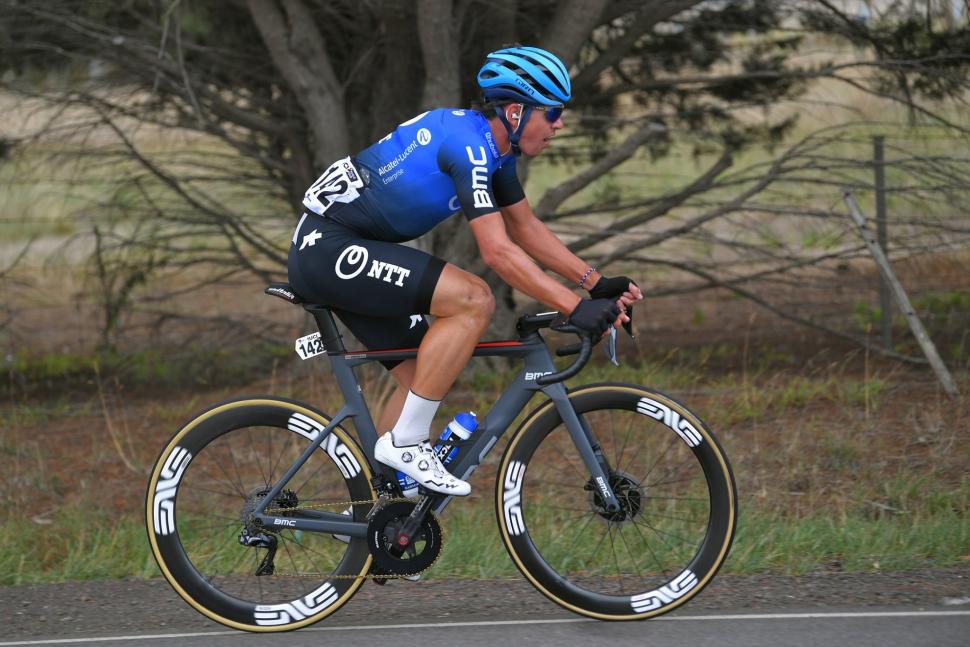 Team NTT look to have secured funding for at least two more seasons after Cyclingnews reported rumours that clothing brand Assos will help fund the €8 million operation for the next two seasons. It is unclear if there will be a title sponsor or if the team will take on the Qhubeka charity as their name. The team's future had looked increasingly uncertain after NTT announced they would not be continuing their partnership with the WorldTour team beyond 2020. Team Manager Bjarne Riis also stepped down from his position last week.

Domenico Pozzovivo explained the situation: "It’s not 100 per cent but normally today or in the next day we’ll have confirmation that the team will be here next year.

"We’re just waiting for the confirmation and if the team continues then I’ll stay. I think it will be WorldTour next year and I’m optimistic and confident in Douglas Ryder. He is doing the maximum and it’s not easy to find sponsors. I don’t know exactly who the sponsor will be."

As well as Riis, key riders such as Michael Valgren, Ben O'Connor and Edvald Boasson Hagen have all signed deals elsewhere for next season. Valgren will be joining EF Pro Cycling, while O'Connor and Boasson Hagen are both moving to French teams with Ag2r Citroën and Total Direct Énergie respectively.

Sign him up! You wouldn't think footballers and cyclists have too much in common but Watford goalkeeper Ben Foster loves life on two wheels. On Monday we shared his latest 'Cycling GK' YouTube video and now he's met up with Tao Geoghegan Hart for a spin. If you couldn't care less about football then it's also just another opportunity to look at Tao's custom pink Pinarello...

THIS JUST HAPPENED!!@taogeoghegan is not only an absolute beast on the bike 🚴🏽‍♂️ but a complete legend of a bloke too!!👌

He even brought his Giro winners edition pink @pinarello for a ride!! 😍 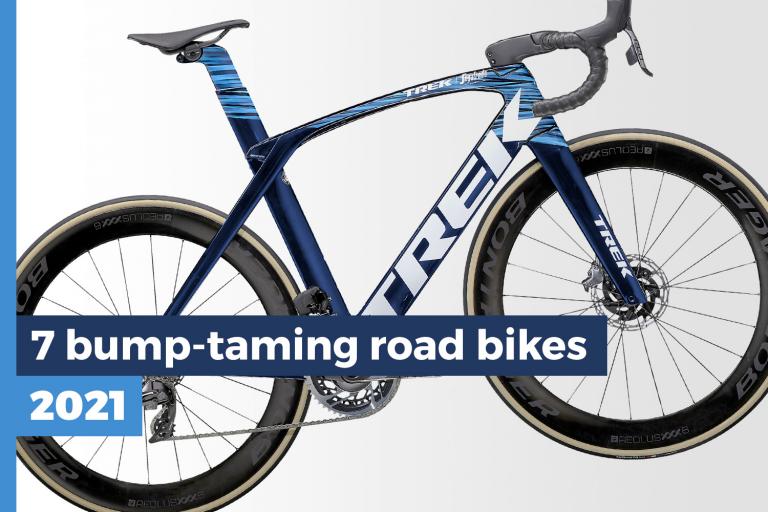 Check out the road bike technology that reduces vibration and adds comfort
10
19 November 2020, 09:30
Cyclist left with facial injuries after attack with metal pole

A cyclist was taken to hospital with facial injuries after yobs threw a metal pole into his bike's wheel, causing him to fall to the ground. The Chronicle report the man suffered serious facial injuries in the attack outside Percy Main Metro Station in North Shields on Sunday.

A Northumbria Police spokeswoman said: "We can confirm we are investigating an incident where a cyclist was injured near to Percy Main Metro station. At 4.10pm a group of teenagers allegedly struck the wheels of the bicycle with a metal pole, causing the male rider to fall to the ground.

"The cyclist was taken to hospital with facial injuries and those responsible have then fled the scene. Enquiries to identify those involved are ongoing but the incident is being treated as an assault."

We all know cyclocross is great for improving your bike handling skills but even by his own standards this is pretty impressive from Tom Pidcock. It's not the first time the 21-year-old's shown off something from his two-wheeled box of tricks. Remember this emphatic way to celebrate a Tour Series win back in 2017...

19 November 2020, 08:38
Bobby Julich hits back at "idiotic" suggestion that there was anything suspicious about him coaching Chris Froome 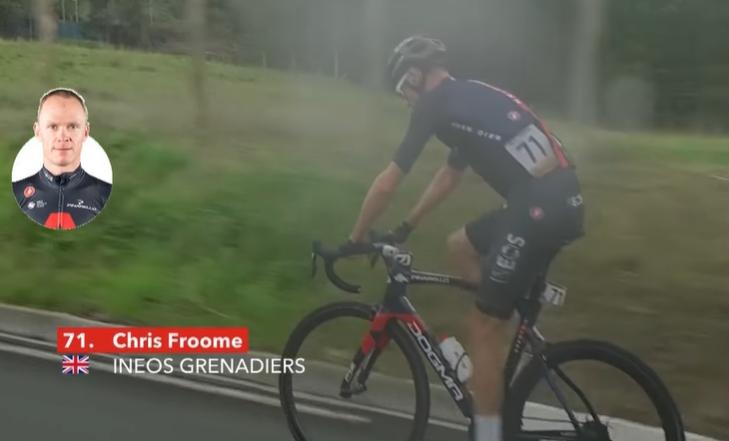 Bobby Julich has responded to information that Dr Richard Freeman's medical tribunal heard on Tuesday, branding it "idiotic" to suggest that there has been any wrongdoing by Chris Froome. The tribunal heard that in 2012 Shane Sutton raised a concern about Froome being coached by Julich in a meeting with Sir Dave Brailsford and Dr Steve Peters.

"I was Chris’s coach for two years at Sky. And the motorbike trip to Italy, I can explain. In fact, you’ll understand it’s idiotic to think there was anything suspicious about it when I tell you," Julich told The Times.

Reading notes from his diary from the time, Julich continued: "It was early 2011 and Chris was this young rider living in Italy. I was based in Monaco and was working with Richie Porte down there. Sky had asked me to keep an eye on this kid, even though they weren’t sure he was going to get a new contract at the end of the season.

"Then Chris suddenly contacts me to say he’s selling everything he has to move to Monaco to work with me. From my notes it looks like it would have been late January. I was like, wow, he’s not being paid much and he’ll have to live in a box. But he was that committed.

“Anyway, what I think was April, he shipped the stuff he had in a truck and then rode this motorbike — it was like an off-road bike he couldn’t really use on the highway — to Monaco along all the coastal roads. That bike was his prized possession but the first thing I did was make him get rid of it. I don’t think he ever rode it again."

Julich left the team in 2012, shortly after Sutton's meeting, when all staff were asked to sign a document stating they had never been involved in cheating in cycling. The American was one of several staff, including Sean Yates and Steven De Jongh, to leave the team as a result and Julich has since admitted to using EPO during his professional career. However, he strongly denied any wrongdoing in his relationship with Froome.