One of the lightest frames in the peloton fitted with Vision carbon wheels, SRAM Red nad FSA finishing parts
by David Arthur @davearthur

While Peter Sagan gets a specially painted bike 'Hulk' for the Tour de France, his teammates have to make do with a stock paint scheme. That said, Cannondale have updated the team livery, there’s a bit more black and a bit less green than last year’s bike, and the one they’ve been riding the rest of this season. This one belongs to Moreno Moser, a young Italian professional who joined Liquigas in 2011. 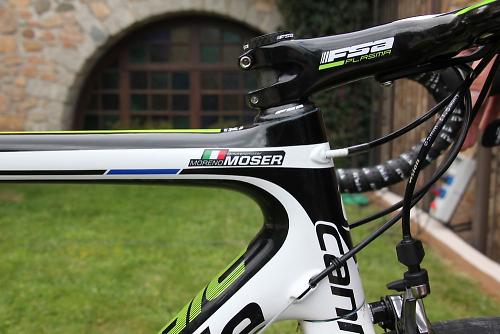 Cannondale launched the SuperSix Evo back in 2011, at the time their lightest ever frame. A claimed weight of 695g puts it in some elite company. Since then, Cannondale have carved away at the carbon layup and issued the Evo Black, which makes use of a lighter resin to bring the weight down to a claimed 655g. The team still ride the regular Hi-Mod version, as it is known - they already have to add weights such as solid axles, to bring it up to the UCI’s 6.8kg weight limit. 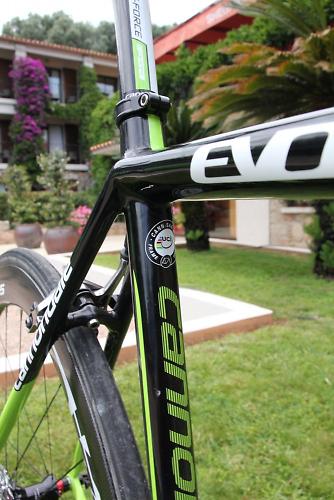 The frame is fully carbon fibre, there’s no metal inserts anywhere. It’s made in three sections. The head tube, top tube and downtube are fabricated together as a monocoque, as are the seat tube and bottom bracket. These slots together with the chainstay section which, unusually, is created as a monocoque with the seatstays. They use their own BallisTec carbon, intermediate modulus; with high modulus layers in key areas. 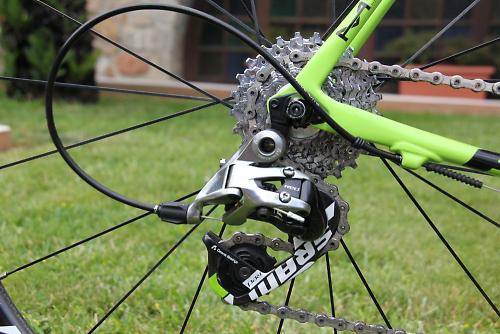 As they did last year, the Cannondale team race with SRAM Red groupsets. No sign of the newer Red 22 11-speed groupset, it’s regular 10-speed stuff here. 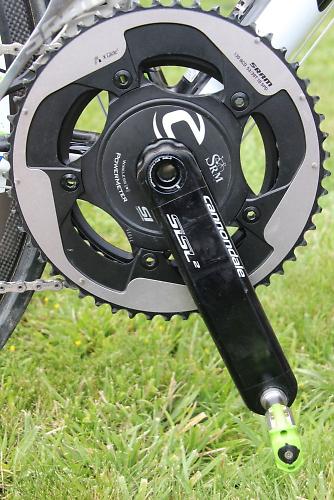 Cannondale fit their own SiSL2 cranks with SRAM’s Red chainrings however. The crankset is seriously light at just 483g, achieved with a 100% CNC-machined process. They produce the arms in two halves, then bond them together, creating a very light hollowed out arm. The new axle also has more material trimmed away as well. There's an SRM Powermeter in there as well. Cannondale have switched from Mavic to Vision for wheels this year. They were already using FSA parts last year, and still do this year, and with Vision being owned by FSA it might have been an easy decision. They’re on the new Metron 55 wheelset, a carbon tubular. It’s also available in a clincher version. The tubular is light, just 1,260g claimed for the pair. They use the latest wide rim design that is doing the rounds in the wheel market right now, being 25mm at their widest point. 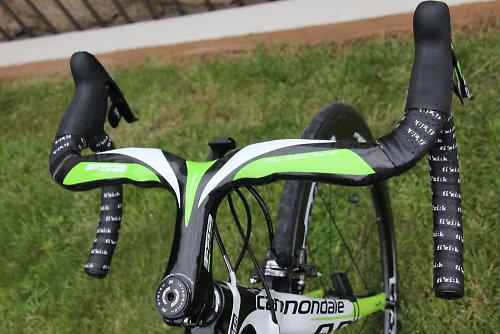 It’s a full complement of FSA parts to finish the bike. That includes a one-piece Plasma carbon bar the same as Peter Sagan, and finished in the newly available green colourway (which we covered in Tech Roundup last week). 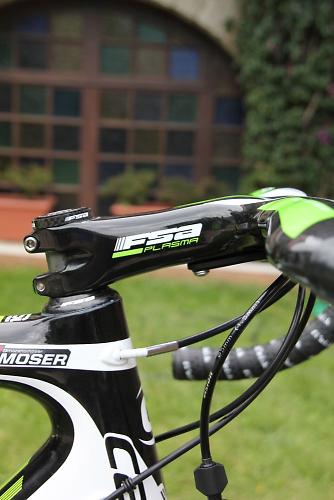 Moser has his with a 12cm stem and no spacers between it and the headset top cap, and just a single 5mm spacer above. His SRM head unit is mounted on a bracket on the underside of the bars. Out back it’s a two-bolt carbon seatpost topped with a Fizik Arione, complete with a snake graphic across the top, part of Fizik’s campaign during the Tour de France to remind people about their Spine Concept. 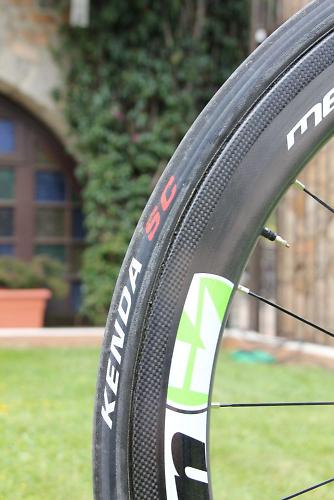 The last detail is the Kenda SC tubular tyres. Kenda don’t list this tyre on their website, so we’ve no idea what it is or where it is made. Kenda is a huge tyre manufacturer though, but they might still outsource the manufacturing of these for the team. One thing's for sure, the UCI rules dictate that any component or part used by a team must be available to buy 9 months after first being raced. 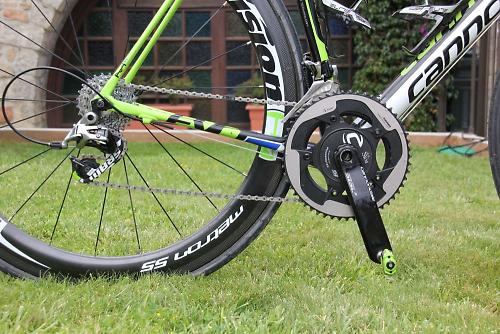