If you don’t notice Peter Sagan in the bunch during the Tour de France, then you need to get your eyes checked, because the very special ‘Hulk’ paint job on his Cannondale SuperSix Evo that has just been revealed on the eve of the race is a real head turner. 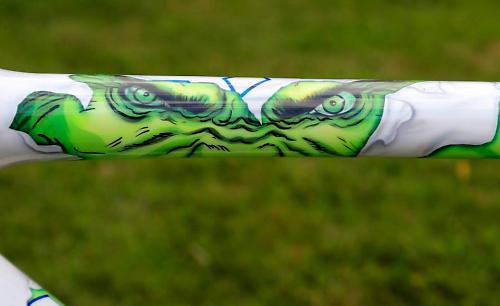 The frame has green Hulk eyes, from the Marvel comic character, painted into the top tube. Why the Hulk? Well, it’s on account of his impersonation of the comic book character when he won stage six of the Tour de France last year.

And the colour green matches his aspirations for a second consecutive bid for the green points jersey, surely his chief ambition in the race. 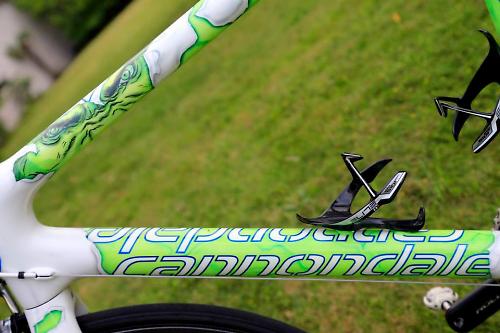 The rest of the frame is painted a mix of green over white with ragged and torn edges separating the two colours. 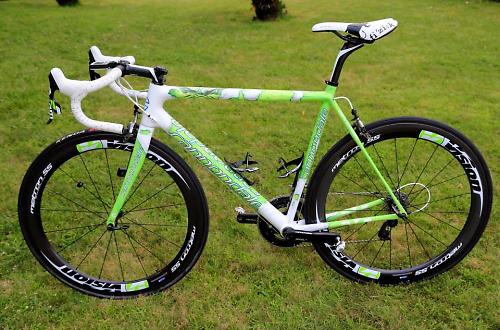 Of course, this isn’t the first time Peter Sagan has been given a specially painted frame by Cannondale. He’s getting rather used to the star treatment. There was the Tourminator, delivered to him during his first Tour de France following an incredible five stage wins in the preceding Tour of California. From cyborgs to comic characters then. 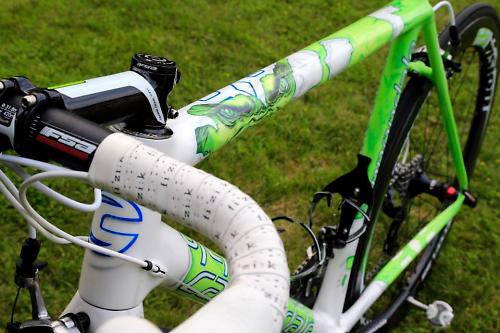 As we learnt when we had a close look at the Synapse prototype he race during the classics season, he doesn’t ride a stock Cannondale SuperSix Evo. Instead they produce a custom geometry frame, just for Sagan. It marries a 58cm top tube with a 54cm seat tube, and the corresponding short head tube. You can’t buy this frame, it’s done just for Sagan. 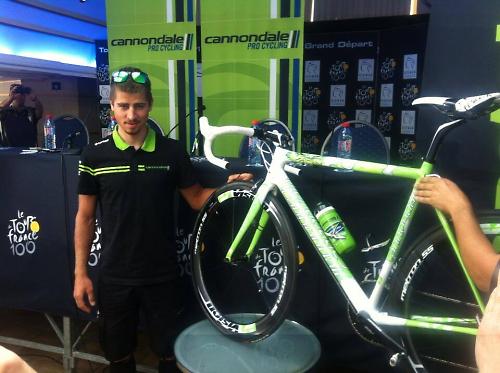