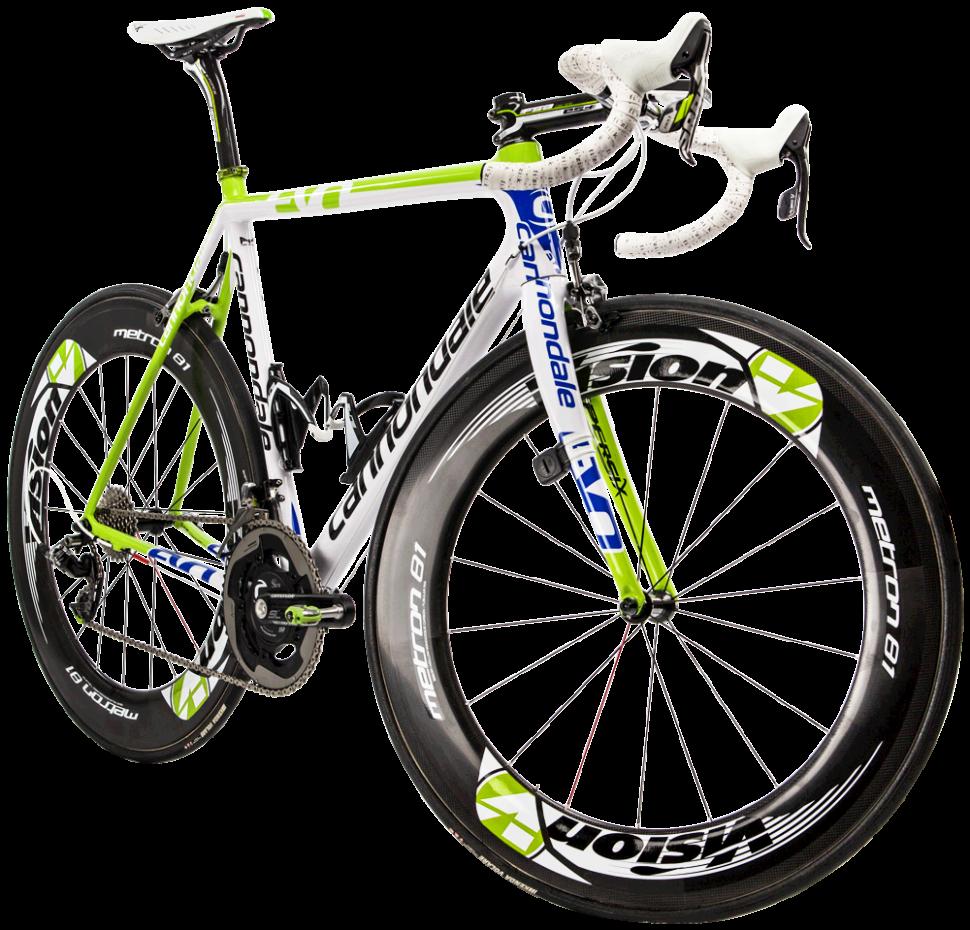 The Cannondale Pro Cycling team was launched to the world this week in glamorous Hollywood. And no, we weren’t there. But we did get a postcard.

Conspicuous by their absence, previous title sponsor Liquigas pulled out last year. That might have left many times struggling, but Cannondale decided to continue on as the sole title sponsor. They've retained the services of Ivan Basso and Peter Sagan so the team looks in good health for the 2013 season.

The team will, of course, be riding Cannondales, and the newly liveried team bikes were revealed for the first time at the team launch. The company’s SuperSix Evo Hi-Mod is the same bike as used last year, and carries over into 2013 with no changes. We might have expected them to be riding the new lighter SuperSix Evo Black this year, but the restrictive UCI weight limit of 6.8kg makes it less worthwhile. The Evo Hi-Mod is no heavyweight, with a sub-700g frame weight already.

They’ve kept with the green colourway (green is Cannondale’s signature colour so it makes sense to stick with it) with blue and white panels. Aside from the actual colours, the shape of the decals and placement of logos is little different to that of production bikes, so there’s a good similarity with the bikes you can actually buy.

Like last year, the team is sponsored by SRAM and each bike will be decked out with the new Red groupset. It’s the lightest mechanical groupset on the market and combines with the lightness of the frame to force an incredibly low weight on the scales. Further weight is saved by fitting Cannondale’s own Hollowgram SISL2 crankset, to which the Red chainrings are bolted.

FSA is their other big sponsor, supplying stems, handlebars and seatposts, from the top-end K-Force range. Wheel brand Vision, owned by FSA, supply the wheels. The team will have a selection of wheels at their disposal. The TC50 model is pictured above, and there’s the shallower TC24 and deeper Metron 81. Tyres look to be Kenda, a US tyre company who produce several lightweight clincher and tubular tyres. 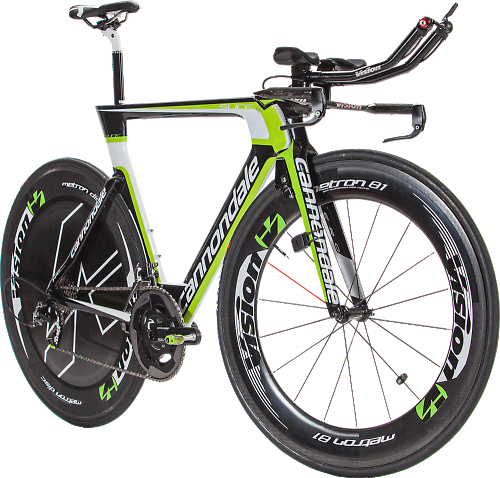 For time trials, the team will ride the new Slice RS. We revealed details of this newly launched bike last year, which has undergone a serious transformation in an effort to ensure it can compete with the fastest time trial bikes currently available on the market.

The Slice RS has been three years in development and is a radical overhaul of the previous bike, making the most of current understandings of managing airflow. The lessons they’ve learnt are clearly visible. Every tube is carefully shaped to minimise disruption to airflow, and decrease drag.

The main tubes have provile shapes based on NACA airfoil principles. The seat tube hugs the rear wheel and a channel reduces drag by allowing air to flow between the wheel and frame, reducing drag. The seat tube, far from the most elegant design, is that shape so it can be as narrow as UCI rules allow.

Integration is also a key design driver in the Slice RS. A mini V-brake is incorporated into the rear of the fork, and ensures airflow around this important area is as smooth as possible. The rear brake is hidden behind the bottom bracket shell. All cables are routed internally, and with the lack of a traditional steerer tube it’s been easy to route the cables through this area. It’s not pretty, but it is likely to be quick.

Here's a video of the bikes in action: