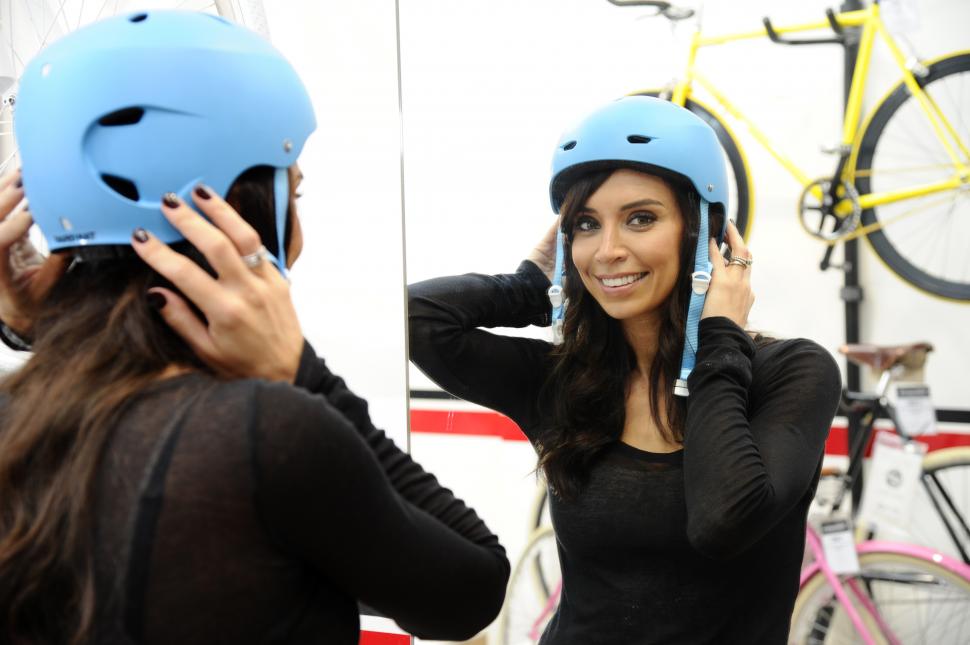 Barclays teams up with Sportsdirect.com for national cycle helmet promotion

The bank says it “wants to encourage more cyclists to consider wearing a helmet,” and adds that with more people cycling, whether for leisure or commuting, it wants “to make it as affordable and easy as possible for all cyclists to access a helmet, should they wish to wear one.”

The issue of cycle helmets is of course an emotive one and while Barclays is recommending that cyclists wear protective headgear rather than insisting they should be compulsory, and emphasises that it is the rider's personal decision, any campaign that focuses on helmets does carry with it a risk of a backlash from parts of the cycling community.

The 10 per cent discount is available on a range of helmets stocked at Sportsdirect.com’s 400-plus stores throughout the UK, as well as on its website.

Brands include Muddyfox and its sub-brand MFX, whose products tend to be sold through big-box retailers including Sportsdirect, as well as in-house brand, Dunlop.

The latter’s tennis racquets were once used by stars including Steffi Graf and John McEnroe, but owned by Sportsdirect since 2004, the brand has been diluted well beyond its historical focus on racquet sports and golf into areas including cycling accessories. Dunlop Tyres is a separate business, now owned by Goodyear.

Barclays cycling ambassador, the TV presenter Christine Bleakley, commented: “I wouldn’t feel comfortable cycling without a helmet and hope the offer will encourage more cyclists to consider wearing a helmet when on the roads.”

The helmet Bleakley herself is sporting in the picture Barclays supplied isn’t likely to be one of those available in the promotion, however – it isn’t stocked by Sports Direct.

Bleakley was shown trying on the helmet, made by Bern, in one of the videos she hosted for Barclays last year, aimed at encouraging female non-cyclists to take to two wheels.

Given the fact the helmet promotion is being run in conjunction with a retailer that isn’t top of mind when thinking of cycling specialists, it seems fair to say that it is likewise aimed at consumers who are new to cycling.

According to the 2012 annual report and accounts of Sports Direct International plc, the parent company of Sportsdirect.com, Barclays is the group’s principal bankers.

Last month, we reported that a Freedom of Information request had revealed that the bank had clawed back more than £1.5 million of its £50 million funding for the Barclays Cycle Hire Scheme from TfL, apparently due to missed targets during the scheme’s initial phase following its launch in summer 2010.

Currently, Barclays is offering free bike clinics in London in partnership with Bikeworks.