Turn back the clock to the 1980s and Raleigh's iconic heron headbadge was a prominent sight on road bikes in the professional peloton - often at the front when it came to the business end of the race - and with this new Militis carbon road bike and a UCI Pro Continental team, the 125-year-old brand is working hard to re-establish itself back at the top.

The Militis frame was ridden by the team in 2012 and was launched officially in the UK earlier this year. They’re currently just offering this one £2,500 SRAM Force specced bike, but there are more models planned for next year.

The frame is Raleigh's own design using their own moulds, an expensive investment but one that shows. This frame carries some unique design features. It’s made using high modulus carbon fibre and to ensure sufficient front-end stiffness, the down tube and tapered head tube have been moulded as one piece, a manufacturing process they’ve dubbed Direct Connect Evolution. 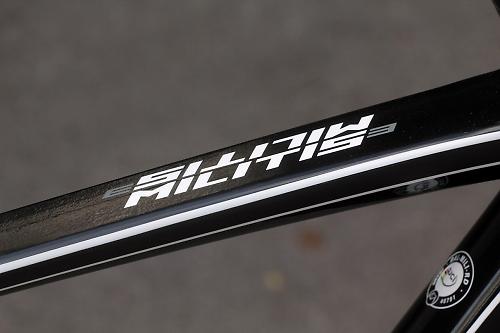 Raleigh use size-specific tubes, something we’re gradually starting to see from more manufacturers. Raleigh tell us they use specific grades of carbon fibre in key areas of the frame and the manufacturing process allows them to have very high control of the layup so they can optimise the frame at each size they offer. They use a high proportion of T800 carbon fibre in the bottom bracket, down tube and head tube, a carbon produced by manufacturer Toray which is extremely stiff with a high tensile strength. 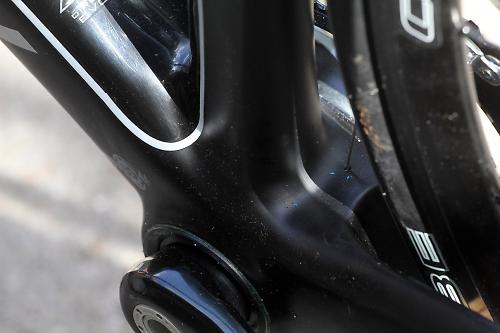 It’s clear stiffness has been high on the agenda. The down tube is huge with a rounded leading edge and squared tail profile. To deliver power from the cranks to the rear wheel the chainstays are massive and they're braced by a BB30 bottom bracket. The seatstays meanwhile, in a similar fashion to many high-end frames, are stick thin. 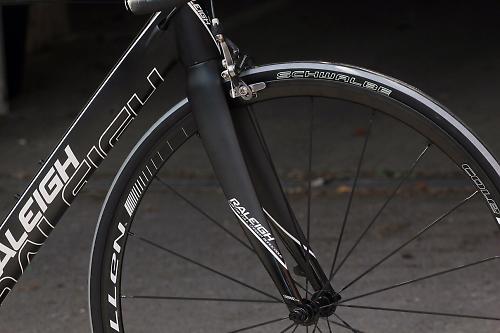 A 365g carbon fork slots into the head tube and a 27.2mm seatpost is used, which should provide a reasonable degree of flex to offer some ride comfort. Front and rear dropouts are made from carbon to reduced weight, and all cables have been routed internally for a clean look. 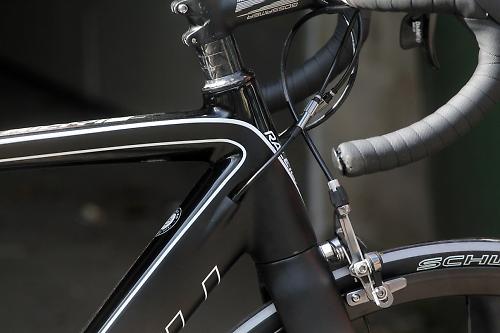 The frame is finished in a smart black paint with white logos. There isn’t the traditional heron head badge, instead just a couple of angled logos. It's clearly an attempt to modernise, but I can’t help feeling they should have worked on a contemporary heron design as a nod to their heritage. Few bike brands have been around as long as Raleigh, despite the various changes of ownership over the years, and they could have played on this a little more, I feel. Hands up if your first bike was a Raleigh? I'm betting, myself included, it's quite a few of us. That said, it's only their high-end performance bikes that take this approach so I do admire their decision to push the brand forward in such a way. 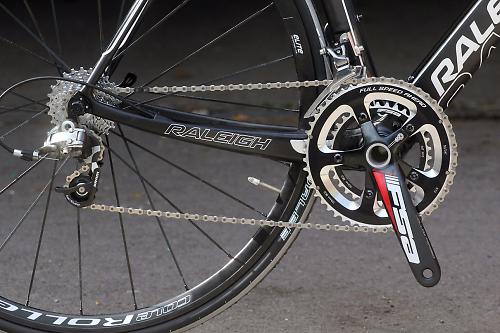 The £2,500 price gets you a SRAM Force 10-speed groupset with an FSA Energy 53/39 chainset. That size-specific philosophy extends from the frame to the length of the crank arms fitted; you get 170mm on the two smaller sizes, 172.5mm for the middle sizes and 175mm on the biggest 59cm frame. 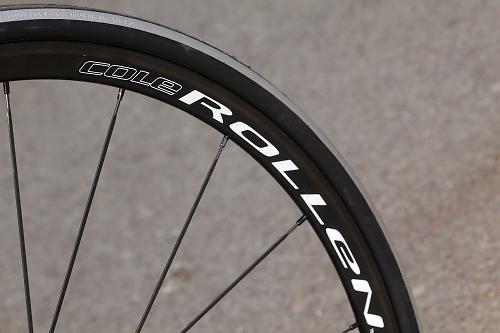 Wheels are Cole Rollen Elite, a 1,570g wheelset with a 27mm alloy clincher rim. Hubs get sealed cartridge bearings and there’s 20 spokes for the front wheel and 24 in the rear. For a £300 wheelset, that’s a reasonable weight. On first impressions, they appear very similar to the Fulcrum Quattro but are a good 200g lighter for the same money. They’re fitted with Schwalbe Durano 23mm tyres. Finishing kit is mostly FSA parts with a Selle San Marco Concor saddle. 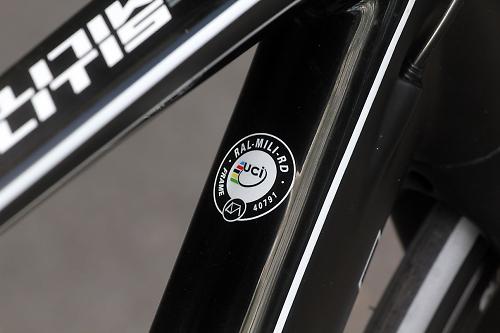 £2,500 is a lot of money, but then you do get a lot of bike for your cash here - the Raleigh appears well specced for the price. As our Six of the £2,000 to £2,500 road bikes buyer’s guide showed, there’s a lot of choice when you’ve got this kind of money to spend on a road bike. If you want to keep with the British designed theme, then the Pearson HammerAndTongs is a worthy comparison.