Team Raleigh this week announced a new 14-man squad that builds on a successful four years since the Nottinghamshire company first got back into racing. They’ll be riding the Militis, a full carbon fibre frame that weighs just 880g, making it one of the lightest in the peloton. 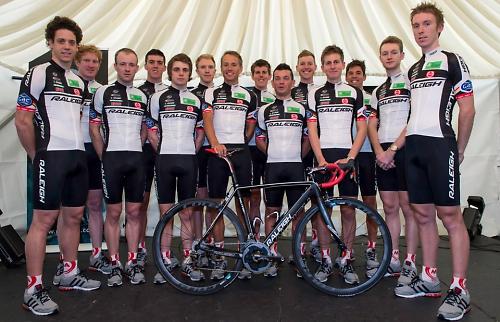 The Militis, complete with a 365g carbon fork, is Raleigh’s top-end offering and will be used by the team as they take to the roads of Britain and Europe with sights set firmly on success. The frame and fork carries over unchanged from last year. The big change for 2013 is the switch to a SRAM RED groupset, the lightest mechanical groupset on the market, which should ensure a full build weight that's more likely to be under rather than over the UCI limnit. 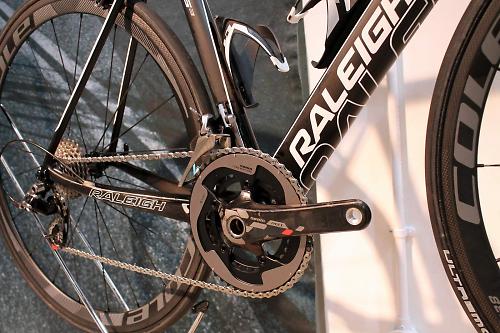 Cole’s T38 Lite deep-section carbon tubular wheelset weighs a feathery 1360g. They feature a 38mm carbon fibre rim and are laced with aero straight pull spokes, 16 front and 20 rear, to Cole’s unusual hub - Cole reckon it's unique. It’s cold forged from aluminium with a hard anodized freehub, but what sets it apart is what's going on inside the flanges. Those flanges play an integral part in Cole's DSA system (Dynamic Spoke Alignment) which is their way of ensuring highly tensioned spokes. The spokes are threaded at both ends, at the hub they screw into alloy cylinders contained in the flange - Cole don't say what the alloy is, but we'll assume it's aluminium. Anyway those little cylinders are what Cole says make their hubs unique. 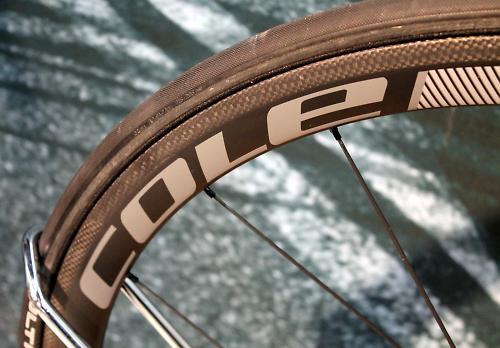 Schwalbe Ultremo tubular tyres are glued to the rims. FSA, a popular supplier of finishing parts to many of the top teams, supply the handlebar, stem and seatpost. Saddle is a Fizik and there’s a pair of Elite bottle cages. 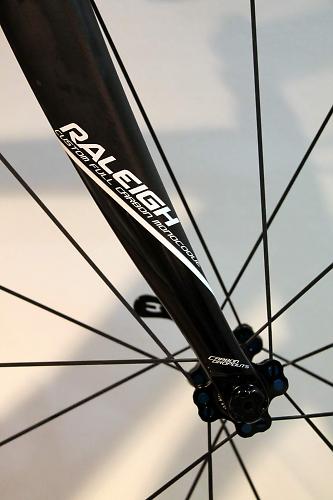 It’s an interesting looking frame, and is complete with details like very neat internal cable routing - there’s a nice path from the rear mech to the top of the chainstays, and into the sides of the downtube at the front - a tapered head tube and BB30 bottom bracket. The frame, as mentioned already, is on the light side, and carbon fork dropouts and rear dropouts certainly help. A small, but essential, weight saving. 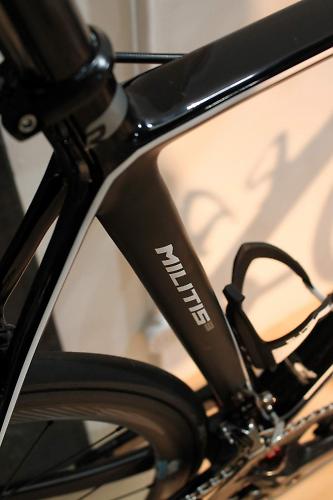 The construction of the frame is worth mentioning. The huge downtube and head tube are moulded as one piece from T800 high modulus carbon fibre. They call this Direct Connect Evolution. The rest of the tubes are then bonded to this section. Moulding the downtube and headtube together in this fashion should contribute to a stiff and responsive handling frame. Hopefully we can arrange a ride on one to find out. 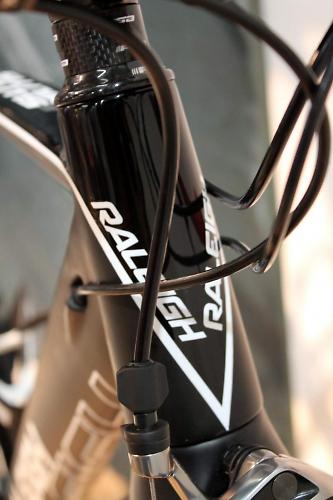 The tube profiles follow the trend for large section downtube and chainstays, with slimmer top tube and seat stays. It’s finished in a smart black paint finish with white logos. There isn’t the traditional Heron head badge, instead just a couple of angled logos. Clearly an attempt to modernise, but seems a shame in my opinion. 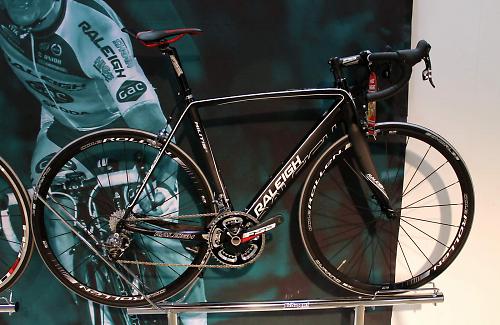 Unfortunately Raleigh don’t have any plans to sell the Militis in this build at the moment, so you’ll have to make do with the SRAM Force-equipped Militis, which costs £2,500. The frame and fork are identical however, it’s just a change of groupset. And wheels, the Force-equipped bike is fitted with Cole Rollen Elite wheels. You get a race-ready 53/39t chainset.

And in a blast from the past, we just had to end with a few photos of how racing bikes used to look during the 1980s. This is the 125th anniversary bike the company released towards the end of last year, to celebrate their race victories with the Ti-Raleigh Team that was so successful during a period when all races bikes were made from steel. 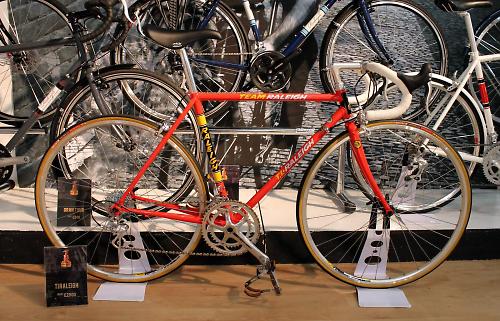 TI-Raleigh was actually a Dutch team but they raced with a British licence. They had much success, most notably during the Tour de France in 1980 with Joop Zoetemelk winning 11 stages. There were also five World Championship titles plus a string of victories in races like Paris-Nice, Amstel Gold Race, Ronde van Vlaanderen and many more. 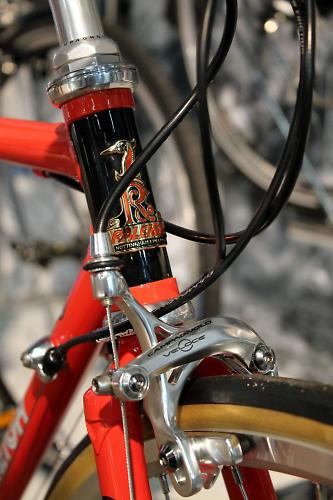 This £2,000 special is limited to just 125 samples and is specced with a Campagnolo Veloce groupset that manages to convey a sense of period about it, mainly due to the smart silver finish and lack of carbon. 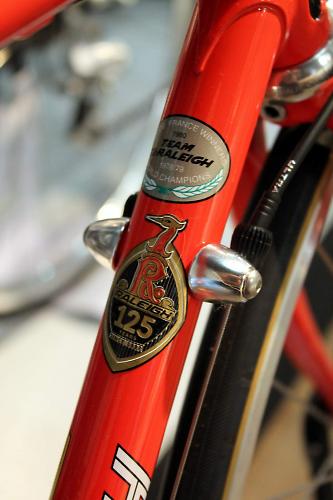 We covered the rest of the 2013 Raleigh range in this previous article.