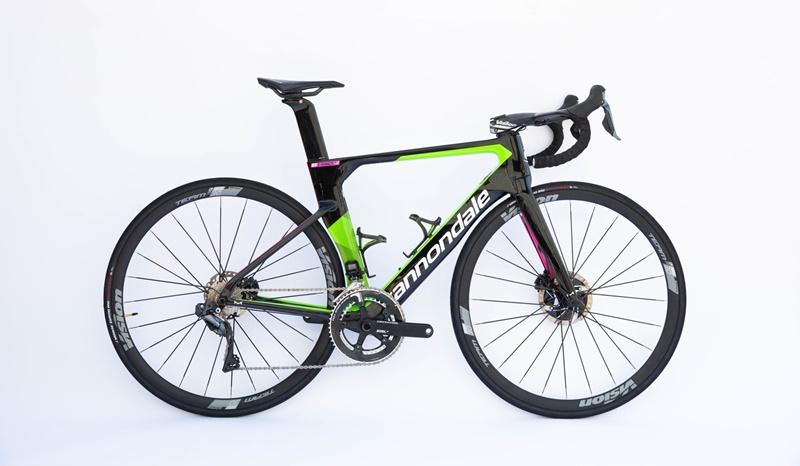 In the market for a new bike? Like the look of Rigoberto Uran’s? Well maybe you could get hold of it. EF Education First Pro Cycling have started selling off their old team bikes.

“This offer is made up of our Cannondale road bikes, ridden by our very own riders, fitted with top of the line components and serviced by world class mechanics,” said the team.

Obviously there’s only a finite number available, but the team says it will continue to restock bikes throughout the year.

There is a disclaimer, though. “Please note, although we are leaving nameplates on the bikes, we cannot guarantee which rider’s bike you will receive.”

EF Pro Cycling has a number of well-known riders on its roster (including up-and-coming British climber Hugh Carthy) but it has arguably attracted more attention in the last 12 months for its adoption of an ‘alternative calendar’.

The team’s World Tour riders took on a number of bikepacking, gravel and mountain bike events last season and the team plans to continue with this in 2020.

In 2019, Lachlan Morton won the “unimaginably hard” inaugural edition of the GBDuro bikepacking race, which comprised four stages of around 500 kilometres each.

He also took on the Three Peaks Cyclocross in Yorkshire and finished third at the Leadville 100 mountain bike race in Colorado. Team-mate Alex Howes, who was fifth in that event, also finished third in the Kansas gravel bike race, Dirty Kanza.