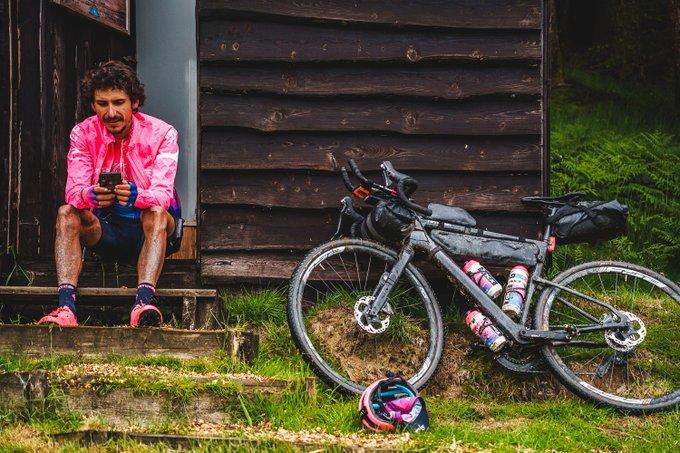 EF Pro Cycling this year celebrates its 10th season in the UCI WorldTour, but has underlined its commitment to its alternative racing programme under which riders are free to participate in bikepacking, gravel and mountain bike events, as well as those on the road.

Last year, Lachlan Morton won the inaugural edition of the GBDuro bikepacking race, covering four stages of around 500 kilometres each, with the 28-year-old Australian describing the event as “unimaginably hard.”

The team’s CEO, Jonathan Vaughters, said that taking part in such an event was not only in line with its original aim to “disrupt” the sport but also helped engage new fans.

He said: “The core culture of the team has always been to disrupt, right from its inception, it’s what we’ve always been about, it was our founding principle.

“Different teams have different founding principles, but on this team from square one it was about doing things in a different way.

“We wanted to engage new audiences and new fans in an authentic and transparent way, whether it be through our stance on anti-doping or all the behind the scenes documentary content that we brought to people during 2019.

“The last ten years have always been about living up to that founding principle and continuously doing so.

“For 2020 what I would like to see more than anything else is a continuation of the up and coming talents that we’ve brought onto the team, that they continue to move forward and step into the key positions on the team,” Vaughters added.

While the main focus will remain on the road, with Alberto Bettiol looking to build on last year’s surprise Tour of Flanders win in the coming Spring Classics season and Rigoberto Uran targeting the Tour de France, once again riders will be given scope to include other events on their calendar.

Morton, whose exploits at GBDuro were captured in the half-hour video below from team kit sponsor Rapha, said: “I always knew we were going to have fun doing the alternative programme, like that wasn’t really a question.

“But I really hoped that a lot of people would get behind it, and in my head I thought cycling was looking for that different narrative at that top level but to see that transpire, yeah I guess it was surprising to see the level of people who connected with us when it was all about trying to have fun.”

Howes pointed out that despite their placings in the mountain bike and gravel events, both he and Morton remained competitive on the road.

“I honestly think it went better than we ever imagined it would, and a lot of that was due to our partners and EF doing an awesome job promoting the whole thing,” explained the 32-year-old, who in June won the US national road race title.

“But we also got a little lucky,” he added. “I mean it’s pretty damn hard to win a bike race and straight after Kanza I won nationals and straight after Leadville Lachlan won a stage of Utah, which reconfirmed that we are still both top level WorldTour road racers, not just a sideshow act.”

“It feels really special, an honour to be a part of the team, I think that cycling is not going to be what it is now in 20 years, it’s going to be completely different,” said Woods, aged 33.

“In order for the sport to be relevant and popular and appeal to the masses it’s going to have to change significantly, because I truly think the sport is going towards more open races, more alternative races and to be on a team that embraces that is really special.

“I think in 20 years when you look back there’ll be a few key teams who really effected change and I think our team is going to be that team,” the Canadian added.