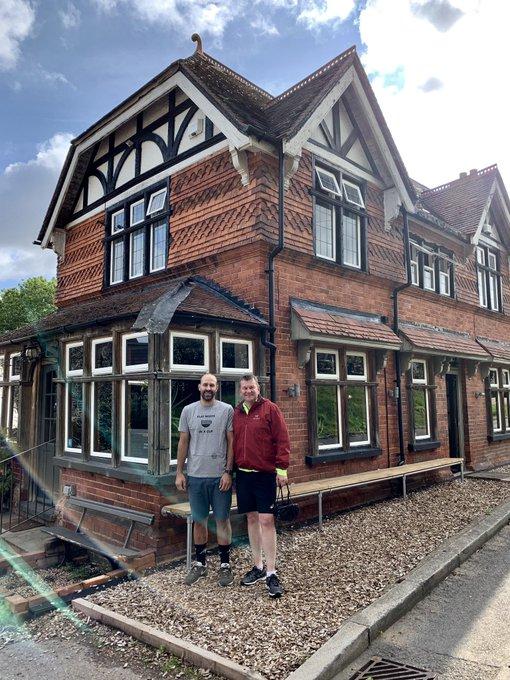 Velolife: Council leader to meet with planning staff and British Cycling over ban on cyclists 'meeting' at cycle cafe

The leader of the Royal Borough of Windsor & Maidenhead council says he will be meeting with British Cycling and council officials “to find a pragmatic compromise” to the ongoing row over cyclists meeting there.

Simon Dudley, leader of the Conservative-controlled council, had said during the week that he planned to cycle to the café at the weekend, adding that the business was something the council “should be supporting given what fantastic mass participation activity cycling is.”

Dudley visited the café at the weekend and spoke to owner Lee Goodwin, tweeting afterwards that the business was “a great setup … for cyclists to enjoy.”

He said that he would be meeting with British Cycling and “responsible officers [from the council] to find a pragmatic compromise to allow this super little business to flourish,” adding, “great cake and coffee.”

Cycled to @thevelolife to chat to fantastic owner Lee. He’s got a great setup here for cyclists to enjoy. I will be meeting with @BritishCycling and responsible @RBWM officers to find a pragmatic compromise to allow this super little business to flourish. Great cake and coffee! pic.twitter.com/iWeAg3Q2AD

The café, located in Warren Row near Henley-on-Thames, is located in premises formerly occupied by a pub.

In 2017, following a complaint from a local resident, Goodwin received an enforcement notice requiring him to cease using the premises as a café, meeting place, cycle repair facility and for retail use.

He appealed, and was permitted to carry on using the location as a café with a bike workshop, but not for retail nor as a “cyclists’ meet.”

At the end of July, he received an injunction ordering the café to stop cyclists from meeting there.

The council also wrote to local cycling clubs, subsequently clarifying its stance in a subsequent letter to them.

News of the council banning cyclists from meeting at the café, whether before or after rides, or as a coffee stop midway through one, has seen a huge outpouring of support for the business on social media, with many pledging to pay it a visit over the weekend.

The café experienced a busy weekend, reports Metro. Goodwin said:”‘Business has certainly picked up. It’s been quite busy and there’s been a lot of people we’ve never seen before..

It’s been quite bizarre. There’s definitely been an impact, there’s just a huge amount of people showing support.

”Lots of people coming to say ‘we support you guys, we don’t normally come out this way but we support you and we hope it goes well’,” he added.