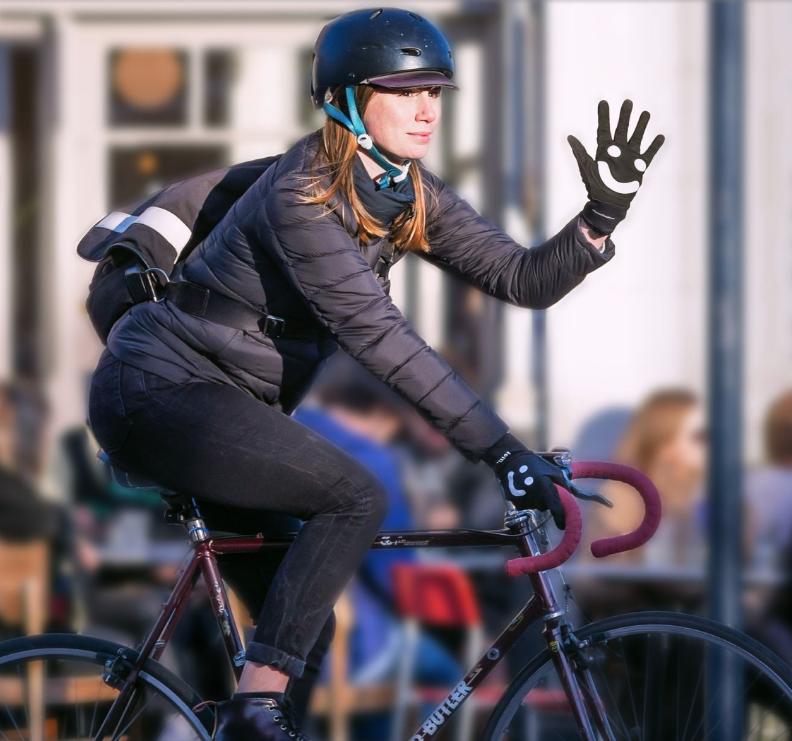 Glove with smiley faces aims to make journeys happier for everyone

Loffi are looking to promote 'the power of glove' with their new smiley cycling glove, while a legal firm is also giving away stickers for cyclists to put in their four-wheeled vehicles.....
by Jack Sexty

A startup is looking to spread positivity on Britain's roads with the launch of a cycling glove, simply called Glove, that has a reflective smiley emoji on the palm to "make waving more meaningful".

A smile or a wave shows respect and friendliness to your fellow road users, so say Loffi, and Glove does them both simultaneously. Invented as "a direct response to the increasing anger and animosity we all face whilst cycling", Glove has been in development for 18 months and launched on Kickstarter earlier today looking for just over £5,000 of investment to go into full production.

Loffi refer to Chris Hoy's recent comments regarding a perceived 'us and them' mentality between drivers and cyclists on Britain's roads, saying mutual respect is an issue that's often overlooked; making their product launch even more timely. 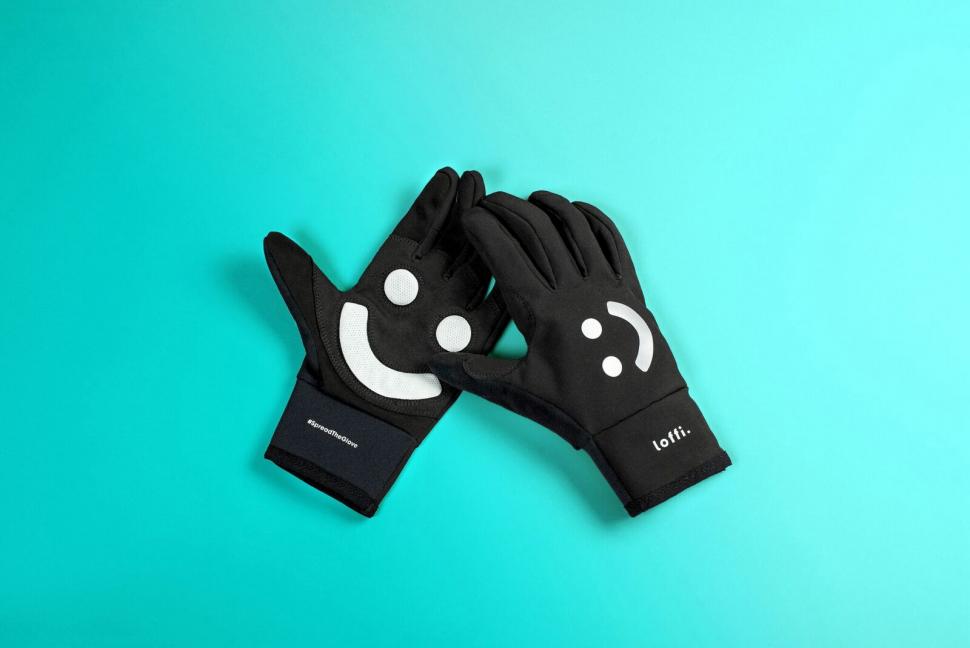 This Glove is "more than just a pretty face" though, with the smiley on the palm actually comprising of padded cushioning that acts as a gripper. The other side is highly reflective so you can be seen more clearly when indicating, and the fabrics are touchscreen-friendly so you can still work your phone or GPS while wearing them. They're also water-repellent, warm and breathable, with a fleece lining on the thumb for mopping up sweat and runny noses.

Loffi aim to start shipping in November for Christmas deliveries, and with a £30 backing you can reserve yourself a pair in any size at a special Kickstarter price. Check out Loffi's website and their Kickstarter for more details. 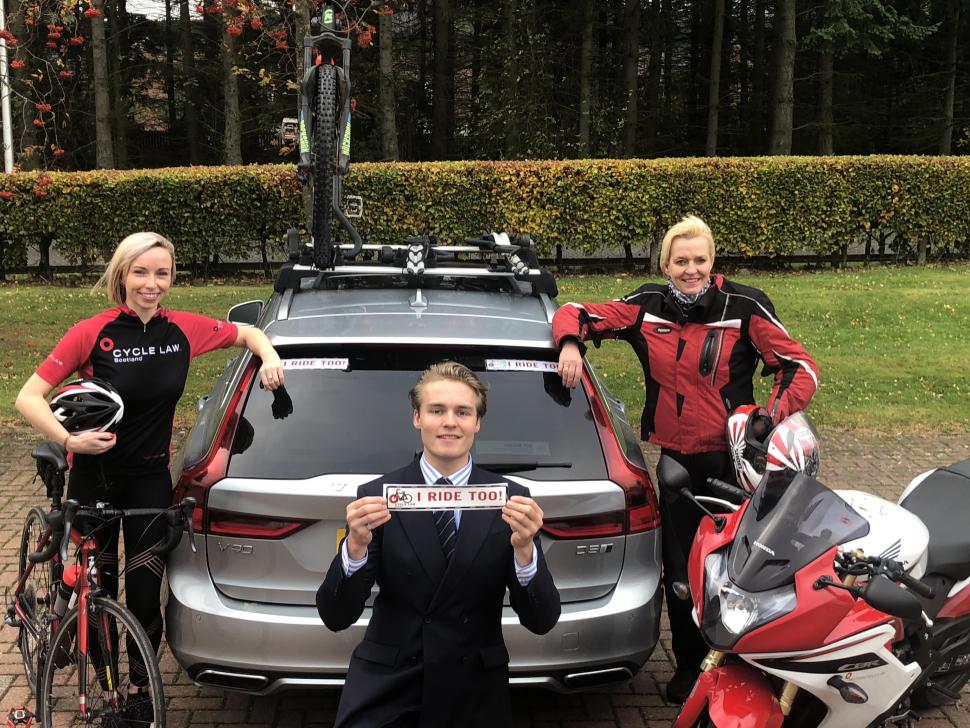 Glove isn't the only product looking to spread some cheer on the roads at the moment; the Road Traffic Accident Law (Scotland) LLP have started the 'I Ride Too!' campaign, giving out free stickers bearing the phrase to cyclists and motorcyclists to display in the rear window of their cars.

“A biker, who is also a car driver, will regularly look in their mirrors to see who is travelling behind them, give room for motorcyclists to legally filter in slow moving traffic and will be especially vigilant at roundabouts and junctions for those on two wheels. The sticker is a simple way for bikers driving their cars to be able to tell other bikers that the person in the vehicle in front is looking out for them", says the firm's Associate Solicitor Roz Boynton.

The stickers are free of charge with over 3,000 already sent out, and the RTALS are asking those requesting them to consider making a donation to Scotland's Charity Air Ambulance. Senior Partner of the RTAL Brenda Mitchell is also the founder of roadshare.co.uk, which campaigns for presumed liability on Scotland's roads to protect vulnerable road users.

1
Southampton bike lane to be ripped out after Tories win control of council
2
Jeremy Vine accused of 'bullying' Anti Low Traffic Neighbourhood group
3
Motorist ordered to pay cyclist he injured in road rage attack £2,000
4
NHS worker who was left for dead watched motorist that hit him drive away
5
Win! Over £500 worth of Van Rysel clothing, carbon cycling shoes + more from Decathlon must be won in our latest mega comp
6
New Forest sportive cancelled after Forestry England threatens legal action
7
Near Miss of the Day 581: “I really did fear for my life” – Driver nearly hits cyclist head-on (includes swearing)
8
Five cool things coming soon from Rapha, Gaerne, Roka, Repente and Galibier