Route links to two Cycle Superhighways - but will the other ones in the pipeline be up to scratch?
by Simon_MacMichael

London’s first Quietway has been officially opened today, running from Greenwich to Waterloo, with the city’s mayor Sadiq Khan saying that he hopes it will make “a significant contribution” towards safer and easier cycling in the capital.

The route, which includes 9 kilometres of what Transport for London (TfL) describes as “quieter backstreets” as well as paths that are free form traffic paths.

It’s the first of seven Quietways currently planned for the capital, although as we reported yesterday, former mayor Boris Johnson’s cycling commissioner, Andrew Gilligan, last week told Hackney Cycling Conference that he believed only the first of those would be of an acceptable quality.

> Gilligan: Quietways programme is a failure

Khan insists, however, that he is committed to getting more Londoners on bikes, and that as part of that he would draw lessons from the infrastructure put in place by his predecessor.

He said: “It is important that we make it safer and easier for Londoners to cycle across our city and we want the first of the Quietways to make a significant contribution towards that aim.

“I am already looking at what works best from the existing cycle schemes to ensure we deliver the best and safest road cycling network possible.

“Cycling leads to a healthier lifestyle, it helps to cut pollution and is a key part of my vision of the type of greener, more modern and affordable transport network we need in our city.”

One of Gilligan’s chief concerns is that since, unlike the Cycle Superhighway (CS) programme, the routes that the Quietways run along are controlled by London boroughs rather than TfL, town halls across the city need to buy into the concept, and he believes the will to do that is lacking in same places.

Quietway 1 itself runs through four boroughs – Greenwich, Lewisham, Southwark and Lambeth – and is signed throughout. It also connects with the North-South Cycle Superhighway CS6 at Webber Street and with CS7 at Great Suffolk Street.

It includes a new 750 metre link over Network Rail land between South Bermondsey station and the Surrey Canal Road path which like the rest of the route is designed to encourage more walking as well as cycling, according to TfL.

TfL’s director of surface strategy and planning, Ben Plowden, commented: “We’re really pleased to see the first Quietway, from Greenwich to Waterloo, open and ready for cyclists and pedestrians to use. 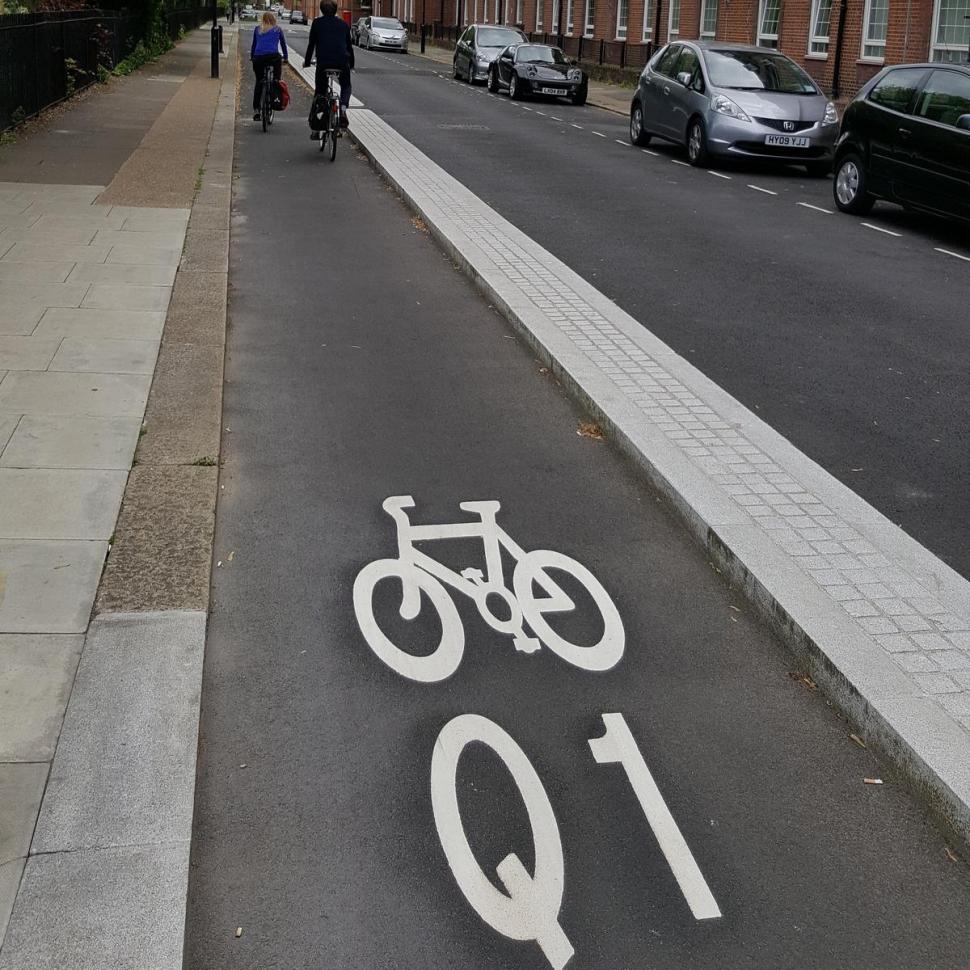 “The Quietway programme along quieter backstreets will help open up a whole new area of London for people walking and cycling and support non-polluting and healthy travel for commuting or leisure.”

Matt Winfield, deputy director of the sustainable transport charity Sustrans, said: “Quietway 1 provides a direct, quick and safe link from Greenwich into Waterloo, and points between. It is another important step in improving the quality of life and economic resilience in our world leading city.”

He added: “We are particularly pleased with the scheme designed and delivered at Millwall Football Club, providing a more direct and car free route for both cyclists and walkers, and a crucial link in this highly useful route.”

Whether campaigners will be similarly enthusiastic about the other planned Quietways – should they be built at all – is open to question. 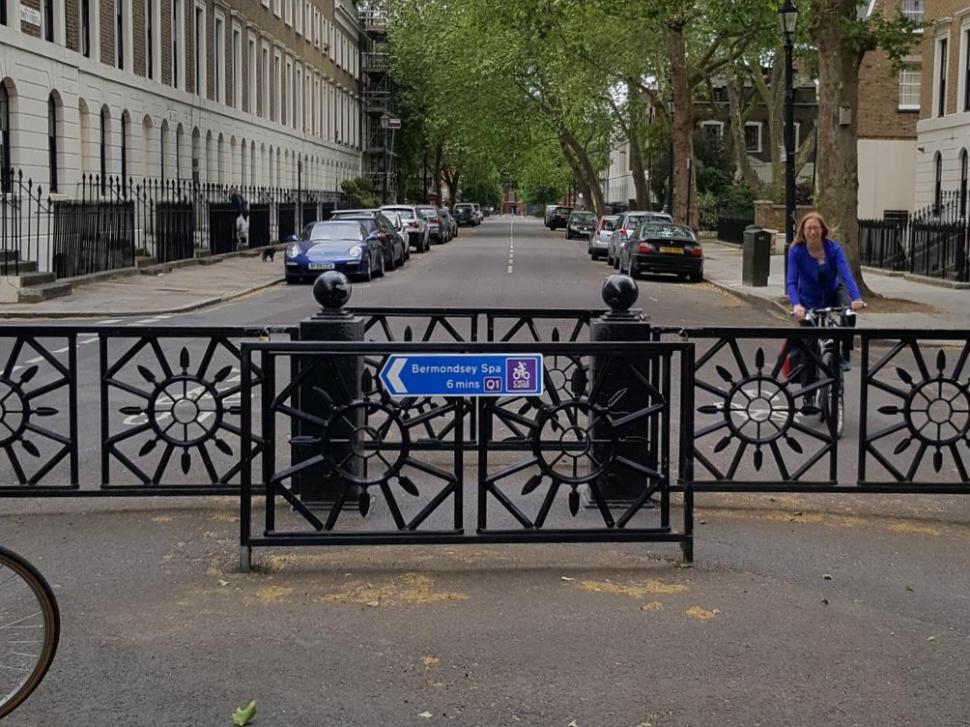 Last week, talking about local opposition to the Quietway in the borough where he was addressing conference delegates, Gilligan said: “If you can’t get road closures through in Hackney, we need to ask ourselves: is this programme worth anything at all?”

“It is discouraging how little progress there has been on Quietways,” he added.

”We’ve got five segregated Superhighways in place now, on extremely difficult roads, busy roads, with massive traffic, massive political sensitivity, and we did that. We haven’t got a single Quietway route open, not one.”

That at least has now changed. 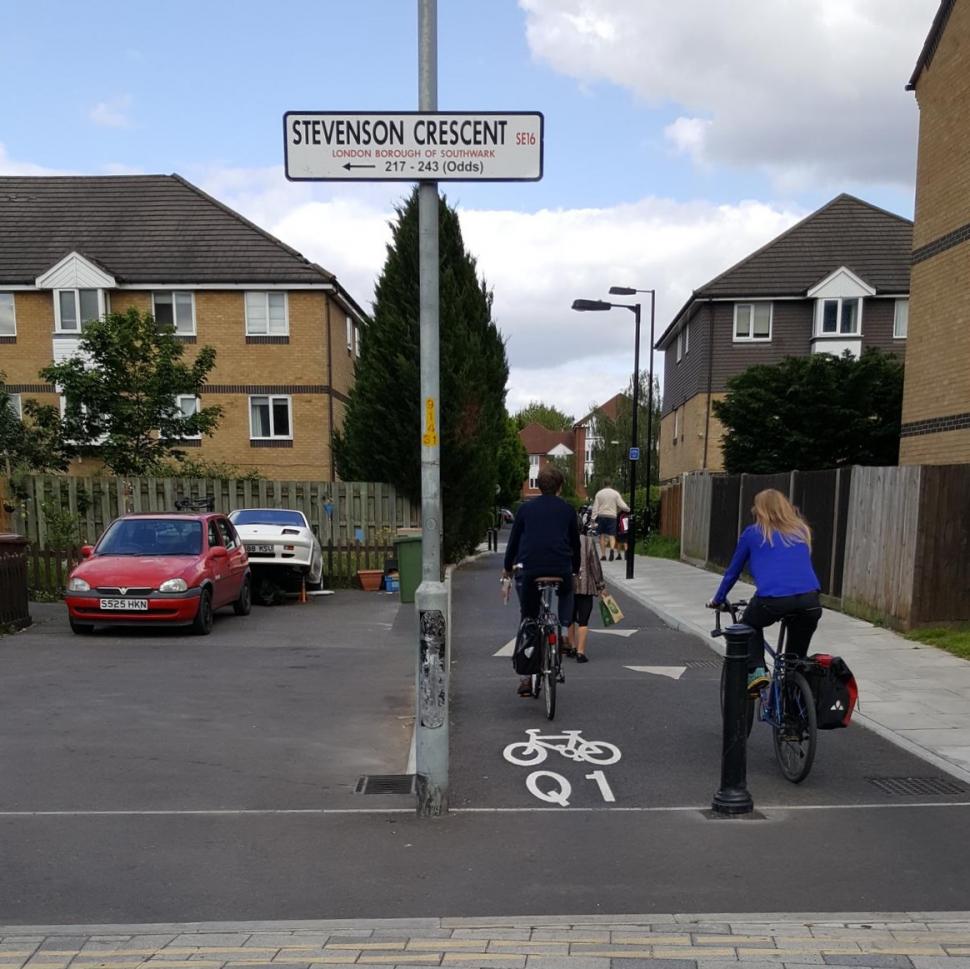 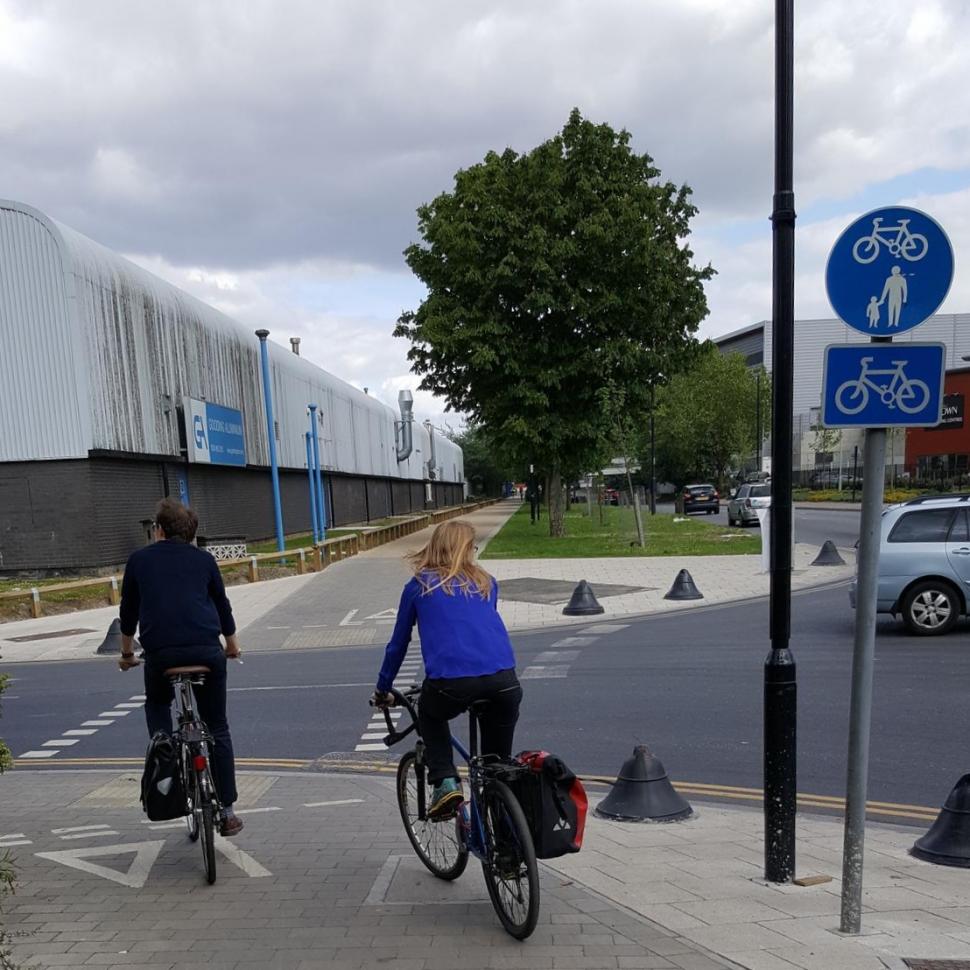