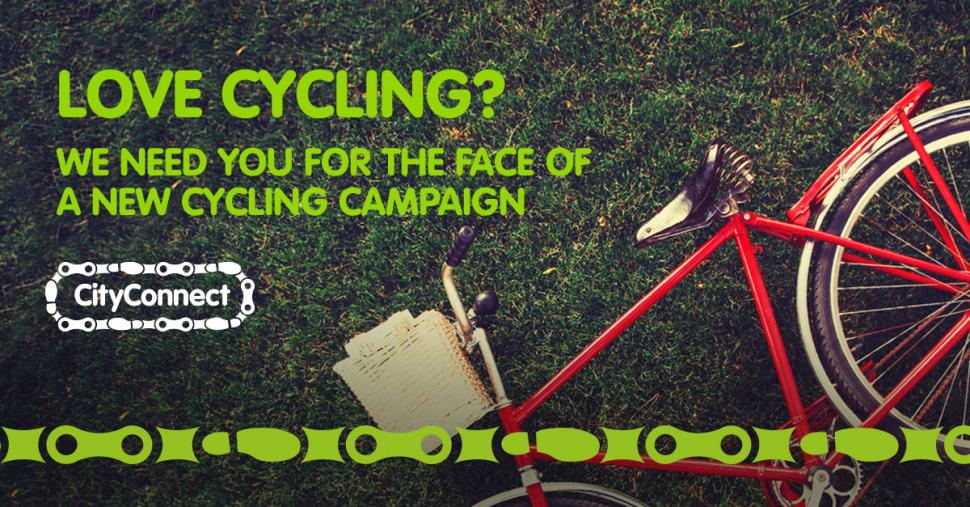 Want to get your mug on some big posters and promote everyday cycling in West Yorkshire?

Now’s your chance as a new marketing campaign to make sure everyone knows about new infrastructure projects is hiring.

Six cyclists, who regularly use their bikes to get around, are needed to appear in digital, print and video adverts designed at encouraging more people in the region to use their bikes for everyday journeys.

“I am really excited for the launch of the next phase, which will see further infrastructure improvements across West Yorkshire.

“With these developments, CityConnect is providing great opportunities for more people to discover the benefits of the bike for leisure journeys and commuting.”

To get involved in the campaign, entrants must be regular cyclists and fit one of the following demographic profiles: males and females aged 25 – 50, mothers with a young child or children, male students, ‘sporty’ males aged under 35, females in their twenties or thirties, and females aged 50 or over.

Ginny added: “With the infrastructure improvements that CityConnect is introducing, there has never been a better time to try cycling for yourself in West Yorkshire.”

To apply to take part in this campaign, send your story and photographs to corin [at] divacreative.com by Sunday 3 April, or call 0114 221 0378 to find out more.

The new cycle superhighway will link Leeds and Bradford as part of almost £30 million of improvements for cyclists in West Yorkshire.

The 14 mile route is partly financed through an £18.1 million grant from the Department for Transport’s Cycle City Ambition fund awarded in August 2013.

The largely segregated route will run from the east of Leeds through the city centre and on towards Bradford.

Both cities also set to be furnished with more cycle parking, while 20 mile an hour zones will also be introduced along the route where necessary.

It is being developed under the City Connect initiative from West Yorkshire Combined Authority Leeds City Council and Bradford Metropolitan District Council.