As you might expect now that pro road teams have the option of using disc brakes in a limited number of races, Eurobike is rammed to the rafters with disc brake road bikes. Most of the big brands have at least one option in the range.

Eurobike’s Show Daily quotes Focus road product manager Peter Kinzel as saying, “Thirty percent of Focus road bikes in 2016 come with disc brakes, and for 2017 we want to increase that share to 70 percent.”

The newspaper also quotes BMC’s Andrew James: “Road bikes with disc brakes will become the norm within five years. The fact that pro riders are going to use disc brakes surely is helping to speed up a broad implementation of the technology.”

It’ll certainly be interesting to see how the market develops.

Here are six of the most interesting disc brake road bikes from Eurobike. 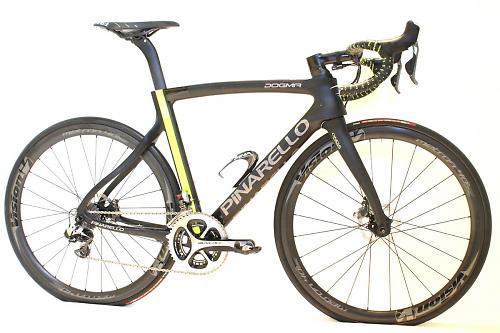 Team Sky has already raced on the Pinarello Dogma F8 Disk – in the Eneco Tour earlier in the month. 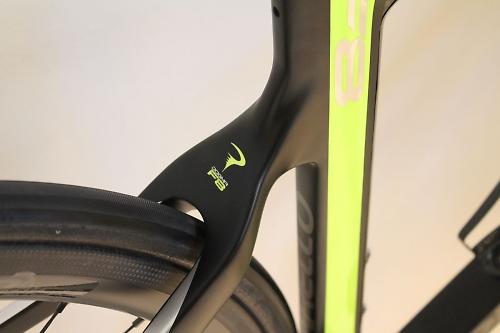 The bike is based on the standard Dogma F8 that Team Sky riders use regularly. The new Dogma F8 Disk is said to retain the “main characteristics” of the regular Dogma F8 in terms of the geometry, frame material, stiffness and aerodynamics. 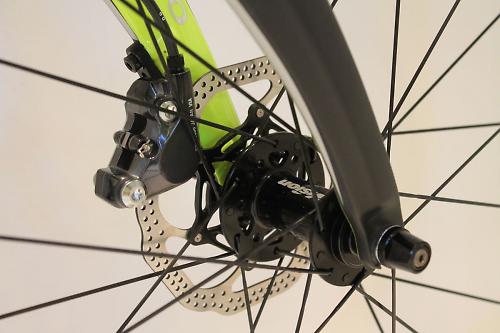 The frame uses Shimano’s new Flat Mount brake calliper system (you can use adapters to make it compatible with other brake systems).

Pinarello has stuck with conventional quick release axles rather than adopting thru-axles like some other bike brands. 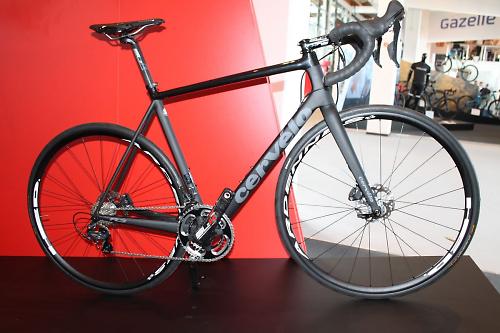 We showed you the Cervelo R3 Disc bike a couple of days ago and it’ll be used in the pro peloton soon. 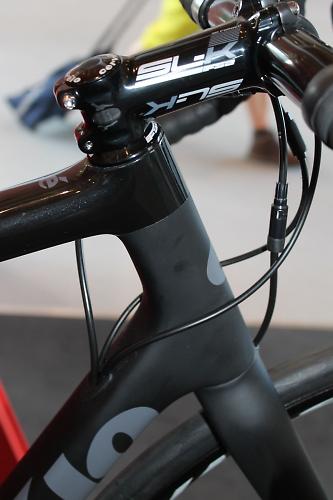 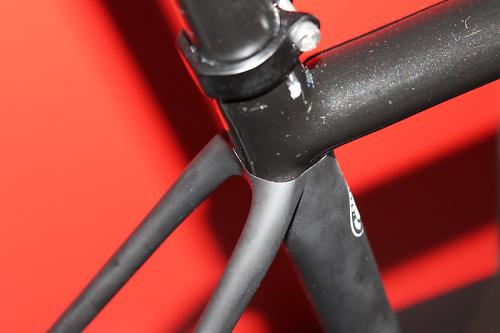 The Cervelo R3 Disc will be available from November. We don’t yet have a UK price but it will be €4,899. 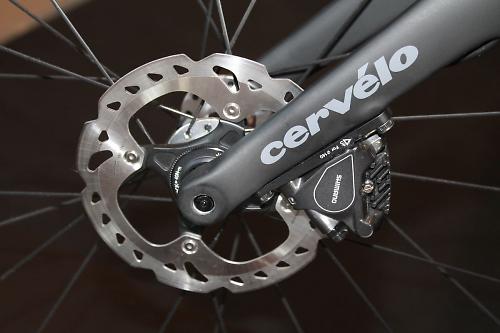 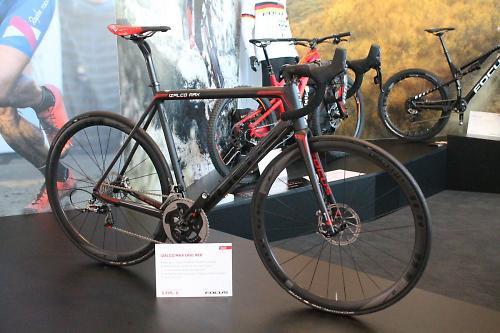 In June Focus announced what it calls the ‘world’s lightest production disc brake bike’. How much does it weigh? The frame is 790g, according to Focus, and the complete bike is 6.8kg (15lb) – bang on the UCI’s minimum weight limit for racing. 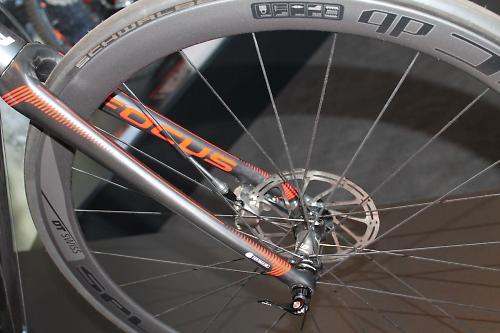 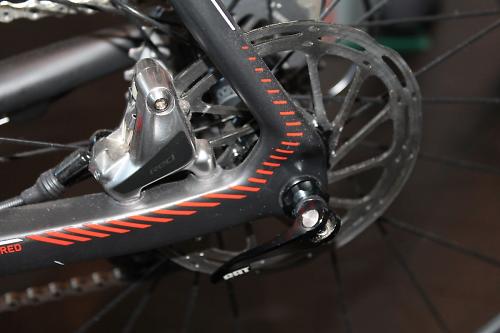 The frame has external cable routing. That’s as a result of feedback from the Ag2r team, whose mechanics prefer the simplicity when making frequent gear and brake cable changes. 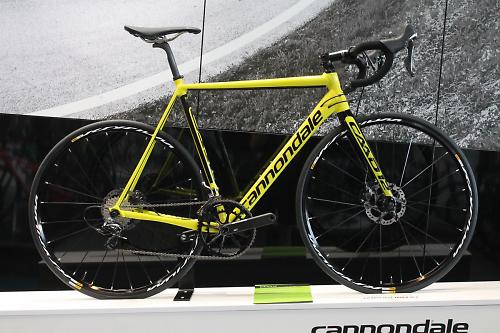 Cannondale announced its new CAAD12 aluminium bike at the end of June, available in both disc and rim brake versions.

The new CAAD12 Disc frame is over 200g lighter than the existing CAAD10 Disc. Cannondale didn’t hold back on the stats at the launch, claiming that the bike is 10% stiffer in the head tube area and 13% stiffer at the bottom bracket, and also 50% more compliant than the CAAD10. You’ve got to love some crazy figures. 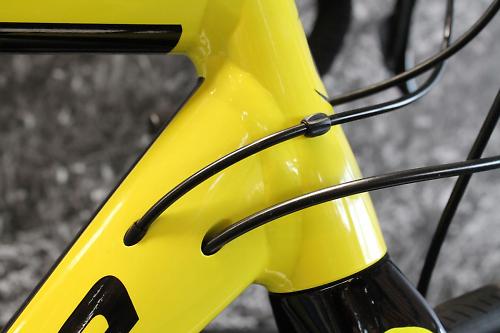 The CAAD12 Disc uses the same fork as the CAAD10 Disc. There’s no thru-axle, Cannondale deciding to stick with conventional quick release axles, at least for the time being. 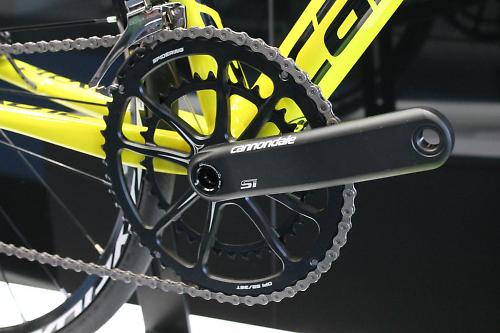 The frame now uses Shimano’s Flat Mount standard, with the disc calliper located on top of the chainstay. The CAAD12 will ship with 25mm tyres, but there's space for 28mm tyres. 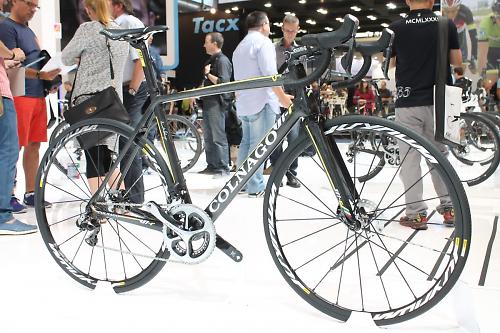 Colnago revealed the CV1-r Disc at last year’s Eurobike but it’s a bit of a looker so here it is again. 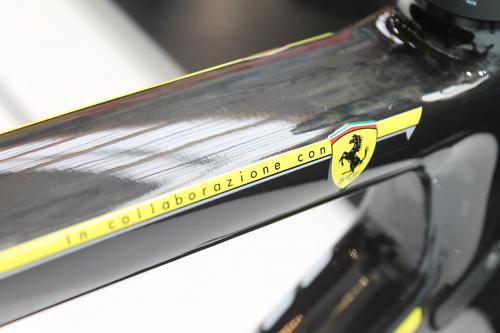 Colnago is very much a fan of disc brakes on road bikes. The Italian brand was the first big player to launch a disc braked carbon road bike with the C59 Disc back in 2012. 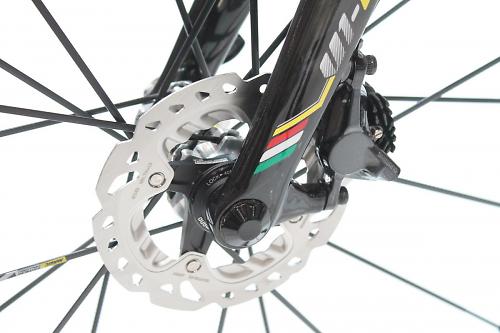 Colnago spec the V1-r Disc with a thru-axle fork, with a regular quick release axle at the rear. 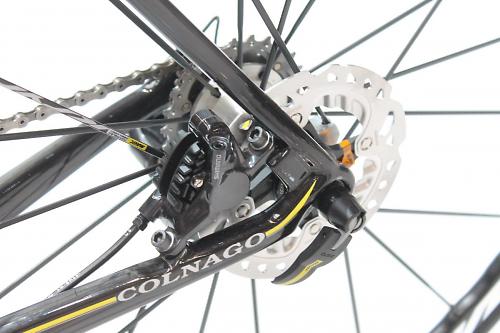 All cables are routed internally, even through the fork. BMC’s Grandfondo GF01 will only be available with disc brakes for 2016. It comes in an endurance geometry with a taller stack and a shorter reach than a traditional road bike. 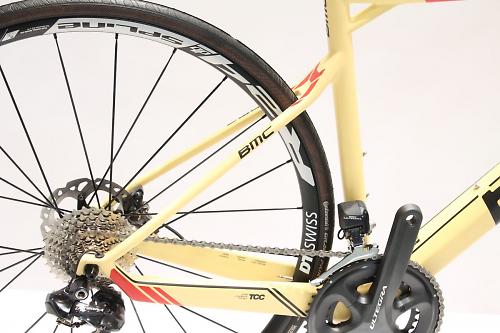