Cannondale unveils updated CAAD12 with a lighter frame, choice of disc/rim brakes and host of other changes
by David Arthur @davearthur

The Cannondale CAAD10 has become a legendary bike over the years, combining a smartly designed aluminium frame offering a competitive weight with brilliant handling and performance. It was always going to be a tough act to follow. 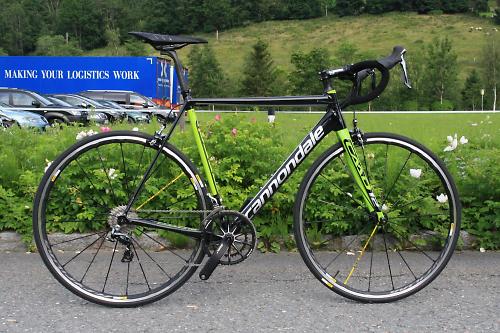 Where the CAAD10 was a massive update of the previous CAAD9, the new CAAD12 looks more like a subtle evolution rather than a major overhaul. That’s probably a good thing as the CAAD10 was a pretty sorted bike. But what happened to the CAAD11, you’re probably wondering? Good question. Apparently Cannondale wanted to avoid any Spinal Tap “These go to eleven” references, so skipped it and went straight to 12. A fair reason, if slightly odd. 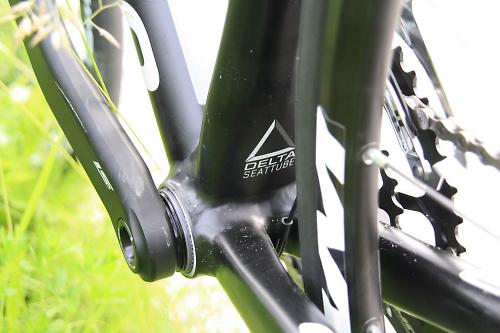 Anyway, enough about that: let’s talk about what’s new on the CAAD12. Like the brand new SuperSix Evo, the CAAD10 is another bike that has been around for a long time. It was first launched to the world back in 2011, so like the Evo it was due an update, though CAAD10 Disc and Track models were added last year, so it hasn't been completely ignored. 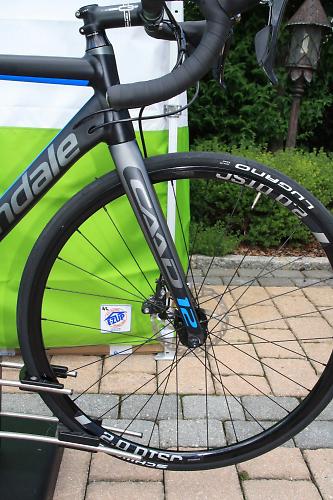 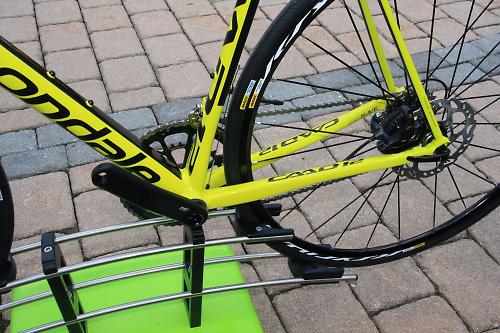 The new CAAD12 features an updated frame that is 10% stiffer in the head tube area and 13% stiffer at the bottom bracket, but also 50% more compliant than the CAAD10. These are Cannondale's claims, not ours. Cannondale developed the new CAAD12 using True Flow Modelling, a combination of "human experience meeting big power computing" which enabled Cannondale to create and test many versions of the new frame very quickly. Cannondale claims this helped it to "make quantum leaps in performance of new CAAD12." 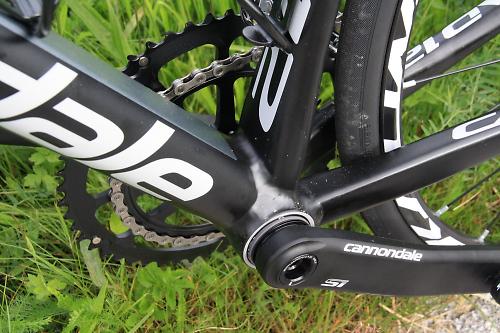 The CAAD12 adopts the same wider BB30a 73mm bottom bracket shell as the SuperSix Evo, and it has completely revamped the bottom bracket compared to the old CAAD10.  This has allowed Cannondale to increase the size of the Delta seat tube and modify the shape of the chainstays, which have been substantially enlarged. The head tube adopts a similar hour glass shape to the new SuperSix Evo. Another shared feature is the fork, the CAAD12 carbon fork comes out of the same mould as that used for the Evo, but uses different grades of carbon fibre to meet different price points. 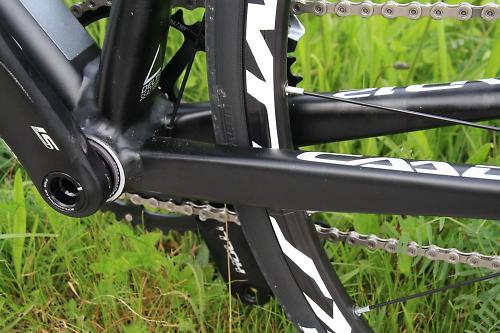 The CAAD12 Disc gets the same new fork as first used on last year’s CAAD10 Disc. There’s no thru-axle, Cannondale deciding to stick with conventional quick release axles, at least for the time being.

The frame now uses Shimano’s Flat Mount standard, with the disc calliper located on top of the chainstay. The CAAD12 will ship with 25mm tyres, but there's space for 28mm tyres. 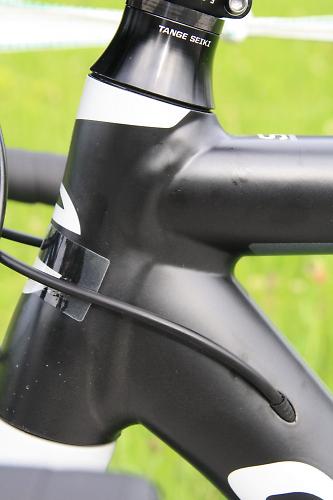 One significant visual change is that the new bike goes with internal cable routing (it was external routing on the CAAD10) with the cables entering the side of the down tube. 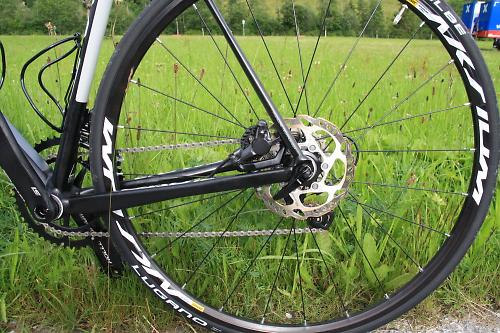 Several builds will be offered, with a Shimano Dura-Ace equipped bike expected to retail for about £2,500, but we’ll confirm all the specs and prices as soon as we can. There’ll be a Shimano 105 model in the range too so there should be a good spread of prices. As well as complete bikes, Cannondale will sell you the frameset package.

Does the new CAAD12 mean the CAAD10 has been killed off then? No, not exactly, the CAAD10 will remain in limited builds. The CAAD8 continues as well.