We've just been kicking round the Eurobike halls taking snaps of interesting stuff. The show's not open yet and they're about to kick us out so they can lay the carpet on the walkways, but before that we managed to find some stuff we hadn't seen before, including this: the Cervelo R3 Disc. 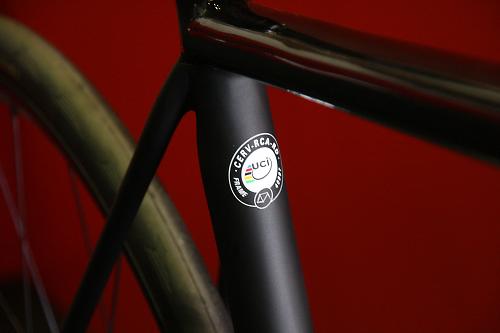 So what do we know? Not much I'm afraid, as there was no-one on the Cervelo stand to badger about it. The bike is wearing a UCI-approved sticker with the code CERV-RCA-RD, which is the same code as the R2, the R3, the RCA and the yet-to-be-released R7. 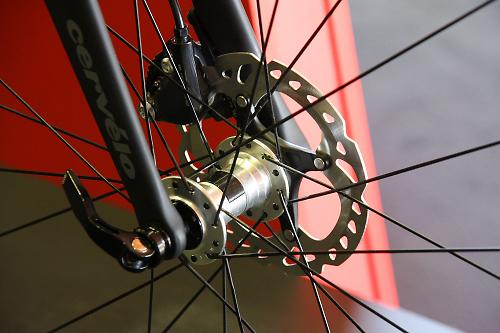 The R3 Disc uses the flat mount standard at the front and the rear. The show bike is built up with Shimano hydraulic brakes, the R685 mechanical shifters, Ultegra mechs, an FSA SL-K crankset and FSA finishing kit. 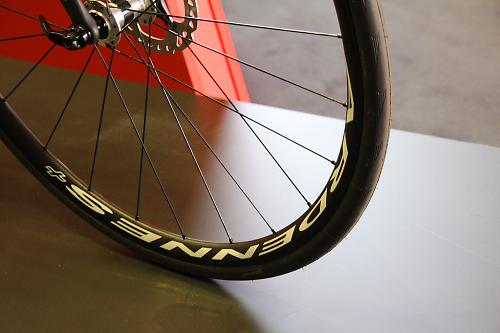 The wheels are HED Ardennes Disc, with COntinental Grandsport tyres. 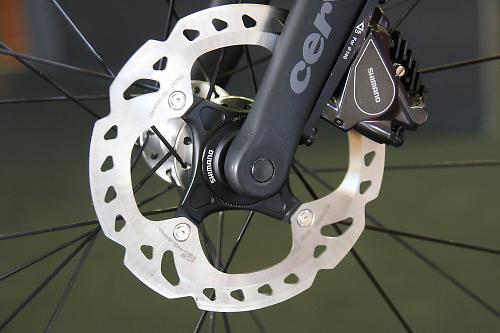 Cervelo have opted for 12mm thru-axles front and rear. This looks likely to become the standard for road disc bikes; we're seeing more and more manufacturers ditch the 15mm front axle in favour of the smaller size. It's probably marginally lighter for a given specification.

The Bike has a new fork too (obviously); it features internal routing for the hose which enters at the front of the fork crown and exits near the calliper.

That's all we know for now. We'll report back later in the show when we have more information.