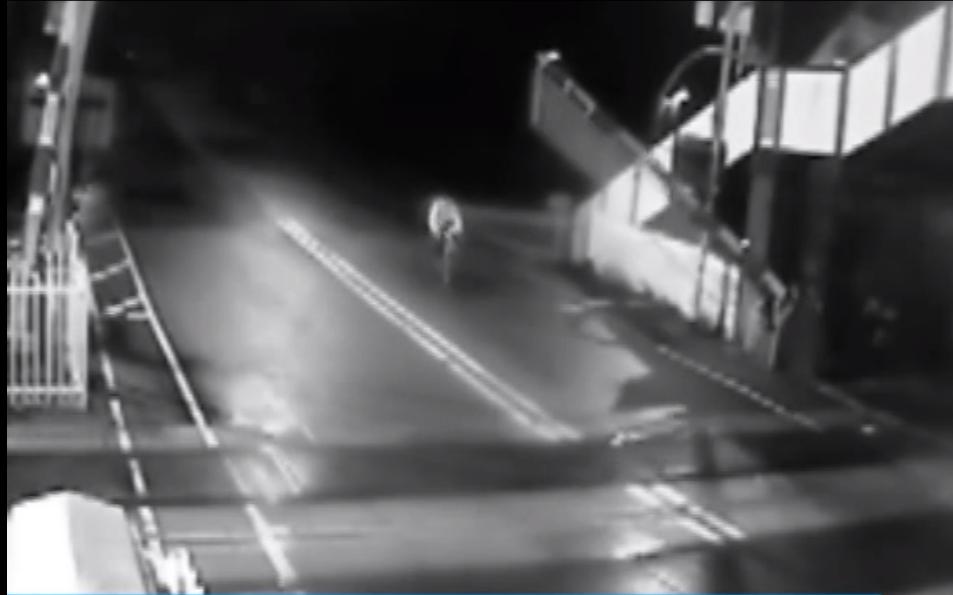 CCTV footage shows motorist, cyclist and pedestrian putting themselves and others in danger
by Simon_MacMichael

British Transport Police (BTP) have this week released more video clips of people failing to stop at level crossings across the country - including one in which a speeding cyclist is knocked from his bike by the closing barrier, and then goes in front of the now closed barrier to retrieve his bike as an (unseen) train approaches.

The video clips are part of the BTP's ongoing level crossing safety campaign in which they  are asking motorists, cyclists and pedestrians who use level crossings not to put themselves – or others – at risk by attempting to cross the tracks once barriers drop and signals warn of trains approaching.

This week, officers are mounting patrols at level crossings to highlight the issue alongside staff from Network Rail.

The campaign, Operation Look, which is supported by motoring organisations AA and RAC, is accompanied by the first in a series of videos giving examples of the risks taken by some crossing users.

In the clip, the first person shown is on foot, the second on a bike and the third in a car. The incidents were recorded respectively at crossings in Dundee, Spondon in Derbyshire and Narborough in Leicestershire.

Inspector Becky Warren of BTP said: “All too often people get into the habit of taking risks at crossings. Our message is simple – use crossings safely.

“It may be tempting to jump a light to shave a minute or two off your journey, but every time you do, you endanger your life and the lives of other road and rail users.

“Fail to obey the signals and you may also end up with a driving ban or a criminal record. Is it really worth the risk?”

Network Rail’s head of level crossings, Darren Furness, commented: "Level crossings create a risk for people that we want to remove. Where possible we close them, and we have already closed more than 900 in the past five years.

“Those we cannot close we aim to make safer and awareness events like these mean we can meet and talk to motorists, cyclists and pedestrians about the dangers and how to stay safe."

Collisions between trains and motor vehicles are the ones most likely to endanger rail users – six people, including the train driver, were killed at Ufton, Berkshire, in 2004 when a car was parked on a level crossing by a motorist who a coroner’s inquiry found had committed suicide. The crossing is still in operation.

Level crossings also pose a risk to unwary or inconsiderate cyclists. Last year, a coroner’s inquiry recorded a verdict of accidental death in the case of cyclist Adrian Smith at the Cattishall level crossing in Great Barton, Suffolk in March 2013.

The driver of the train involved told the inquest that the cyclist was wearing headphones and looking the wrong way.

Also in 2013, a Cambridge woman came within inches of death as she attempted to cross as a train approached, pulling back just in time to avoid being hit. She was later cautioned by police.