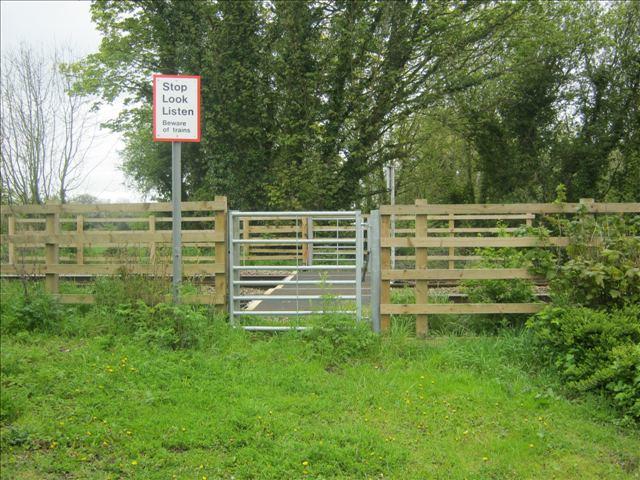 The 30-second spot shows a family out on a bike ride in the countryside playing a game of ‘I spy…’ with the daughter realising – too late, apparently – that the “something beginning with T” is the railway track she is standing on as a train approaches.

Since 1 April 2012, two pedestrians and one cyclist as well as two motorists have lost their lives on level crossings in Britain.

Phil Dawn, aged 34, of Kirkby-in-Ashfield lost his life in May while riding his bike across a level crossing between Sutton Park and Mansfield railway stations in Nottinghamshire.

Newspaper reports suggested that he had been listening to music on his headphones when he was struck by a train.

However, the father of a teenage girl killed, along with a friend, at a level crossing in Essex seven years ago, insisted that it was wrong to place all the responsibility on crossing users.

Olivia Bazlinton, aged 14, and her friend 13-year-old Charlotte Thompson, were killed at Elsenham station in December 2005.

"The maximum time you could see a train is three seconds from that position.

"They were both quite short and they couldn't possibly see anything so they just stepped out in front, and they were killed instantly."

Network Rail received a £1 million fine for breaching safety legislation in connection with that incident and has subsequently erected a footbridge at the station, while the level crossing gates have been changed to ones with automatic locking.

Reg Thompson, Charlotte’s father, maintained that similar changes should be made throughout the country.

"The railways are, in huge parts of this country, still unfit for purpose,” he insisted. “The stations must be updated and made as safe as possible.

"They can never be completely safe; nobody can stop someone jumping over the fence, but we can create at least a fence, we can put locking gates in."

Speaking of the new initiative launched today, Martin Gallagher, head of level crossings for Network Rail, said: “While fatalities at level crossings are at a low, there have been more pedestrians than motorists killed at crossings in recent years, and so we wanted to focus our campaign to connect with this audience.

“We know that it’s easy to get distracted or given the sleepy, rural surroundings not realise the risk at a crossing, but just as motorways cut through the countryside, so do railways.

“We’re doing all we can to make the railway safer by upgrading crossings or closing them if we can, but we hope this advert will raise awareness that we all need to take care and look out for the warning signs ahead of every level crossing; doing so can save your life.”

Network Rail has also outlined a £130 million upgrade programme for level crossings, including:

A closure programme which will see 750 crossings removed from the network by April 2014. More than 600 have already been closed.