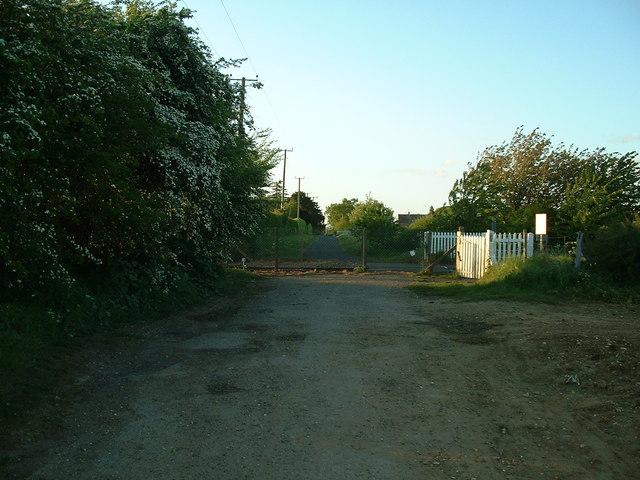 Cyclist killed by train on level crossing had headphones and was looking wrong way, inquest told

Accidental death finding in case of Adrian Smith, who was seen "ambling" across tracks oblivious to danger...
by Simon_MacMichael

A coroner has concluded that the death of a cyclist killed by a train as he pushed his bike across a pedestrian level crossing in Suffolk last March was an accident – after hearing that the train driver had seen him “ambling” across the tracks while wearing headphones, oblivious to the danger he was in.

Adrian Smith, from Thurston, Suffolk, was negotiating the Cattishall level crossing in Great Barton at around 9am on 24 March when he lost his life.

This week’s inquest into his death heard how the driver of the 8.20am Cambridge to Ipswich train, realised a collision was bound to happen despite applying his emergency brake.

The train had been travelling at 60mph when the driver, Allan Dewhurst, who was described as “experienced,” first saw the 42-year-old cyclist on the line, reports the Eastern Daily Press.

Coroner Dr Peter Green, speaking after hearing the evidence presented to the inquest at the Ip-City Centre in Ipswich, said: “The driver sounded the horn while approaching the crossing before noticing a white male was moving his bike across the crossing.

“The driver said he was not in a hurry, he was ambling across, he felt totally helpless because there was nothing he could do.”

Dr Andrew Mason of Suffolk Accident Rescue Service who came to the scene told the inquest that Mr Smith had sustained “multiple and un-survivable injuries.”

The coroner also read out a statement from Mr Smith’s mother who said that her son, who had his own grounds maintenance business, “was a very positive person who was always starting new goals and had a pretty good lifestyle.

“In the morning he was the same as usual – he made a bowl of porridge and set off for the gym.”

Dr Dean added: “He enjoyed building his own bikes and cross-country cycling which he loved and would do 30 miles a day. He did voluntary work in his spare time at the weekend with other volunteers.

“A tree has been planted in Ickworth for his voluntary work. The family said they were moved by the fact that the people had done this for them and that they treasured their wonderful memories of Adrian.

“He clearly remains in their thoughts as a wonderful son and brother who will be sorely missed.”

On the day Mr Smith was killed, we reported that a local resident had told the BBC that more people were using the crossing than was the case when he moved there four decades ago.

The man, Hugh Howcutt, said: “It’s either got to have a bridge or be closed.” Many of the new users are runners or cyclists, with the single track road that crosses the railway forming part of National Cycle Route 13.

The East Anglian Daily Times had earlier reported that due to major housing development planned nearby, a disused underpass running beneath the railway a short distance from the crossing might be reopened.

He added: “We have invested £131million nationally to upgrade or close more than 700 level crossings nationwide since 2010, with a further 500 planned for the next five years.

“As part of this, we continue to examine and assess level crossings in the Anglia Route.”