The new Engineered Bicycles Donder is an aggressive aluminium-scandium bike that’s designed especially for the cut and thrust of criterium racing.

Go for a ride on the Donder and the first thing you notice is just how full of life it is. Our complete bike weighed in at 7.7kg (16.9lb) which is pretty light although not superlight. Bear in mind, though, that it’s built up with a Campagnolo Centaur groupset (Campag’s fifth tier) and Fulcrum Racing 3 wheels. That’s all good stuff but you could get a considerably lighter bike weight if you wanted to build it up with other equipment. 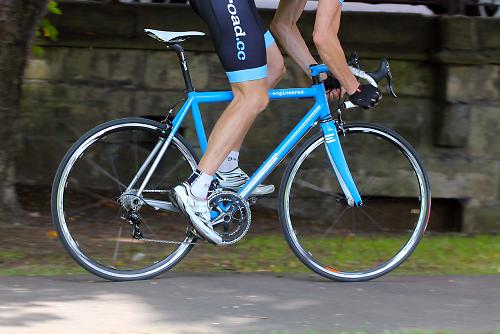 The main point, though, is that the Donder feels very responsive as it is. It’s one of those bikes that you can flick in and out of sharp corners fast in the knowledge that you’ll end up exactly where you want to end up, not just there or thereabouts. As soon as you have the bike straight enough to get back on the gas, it picks up speed immediately, the bottom bracket holding steady when you slam it into a big gear and crank hard. The Donder is at its best when a lot of action is required – when you want to ping yourself through a bend, accelerate hard, manoeuvre around other riders… When you need to do stuff! It is designed as a criterium race bike and that’s exactly how it handles. It’s a blast if that’s what you’re after.

I couldn’t tell you how the Donder stands up to crashes and bumps because, thankfully, I’ve not had to endure any on this bike and taking a hammer to the tubes seemed a bit rude. All I can say there is that looks like a bike that could handle a bit of abuse. 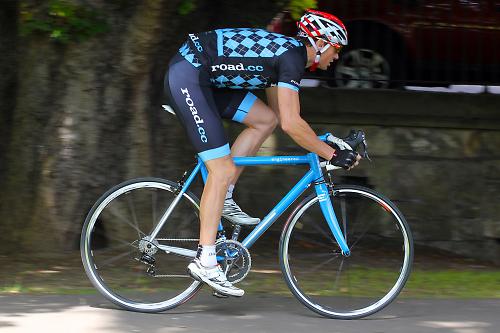 As well as short, snappy rides, I did take the Donder on a four-hour ride at the weekend – which really isn’t what a criterium bike is designed for – and I came back feeling fine rather than like I’d done a few rounds with Wladimir Klitschko. If you want to do this too, you’ll probably want to ask for seat tube bottle cage bosses as well as the down tube ones that come as standard. 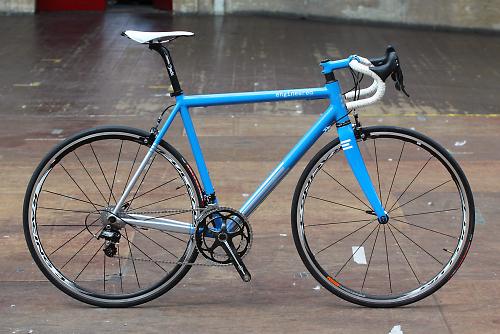 The Donder – it means ‘thunder’ in Dutch – is the second bike from Engineered Bicycles. You might remember the Zondag cyclocross bike that we featured back in January. Based in Bristol, Engineered Bicycles have their frames handbuilt in Italy and finished back here. You can opt for a stock size or go down the made-to-measure route. 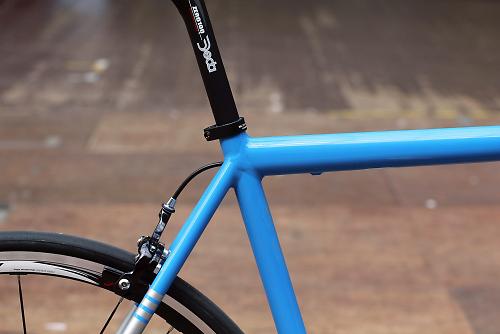 The Donder frame is made from aluminium alloy – scandium-enhanced Dedacciai tubing. Why go for these tubes? David Fong, the man behind Engineered Bicycles, is keen to point out that the alloy tubing is tough enough to handle the knocks inherent to criterium racing (a criterium, or a crit, is a race held on a short, lapped circuit, often in a town centre). He also says that the scandium in the mix considerably increases the strength of the alloy so narrower wall thicknesses can be used, bringing down the overall weight.

The main design focus here is on stiffness. In a criterium race you want a bike that transfers power efficiently and corners accurately so you can get on with the business of actually racing. With that in mind, the Donder comes with an oversized 44mm internal diameter head tube to stiffen up the front end.

“The functional stiffness of the front end is determined by the down tube/head tube junction, the rigidity of the fork, and the solidity of the often neglected interface between the head tube, fork and the headset,” says David. 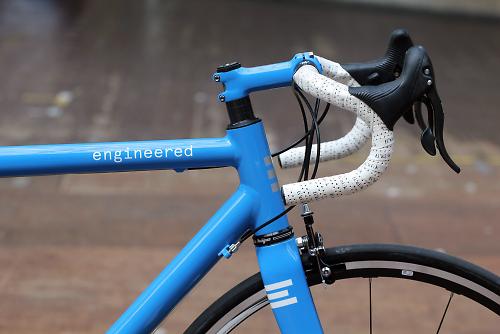 The large-diameter head tube is integral to that, as is the 1 1/8in to 1 1/2in tapered carbon fork steerer. The upper bearing of the press-fit headset sits inside the head tube to maximise the head tube length and stiffness for the stack height. 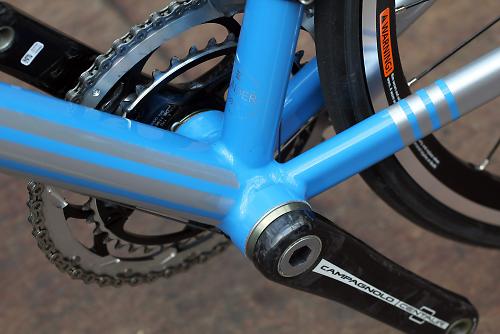 Other tubes are oversized for stiffness too, especially the down tube and the chainstays (the chainstays will actually be beefier still on future versions of this frame, and the welds will be smoothed). The bottom bracket is of the BB86 press-fit variety, setting the bearings widely apart for rigidity down there. This bottom bracket standard uses a 24mm diameter axle rather than a 30mm one, but Engineered Bicycles will be offering a BB386EVO (which will take either) further down the line. A threaded BSA bottom bracket is also available as an option.

The geometry is race-centric, as you’d expect on a bike designed especially for criteriums. The bike we have here at road.cc isn’t quite a standard geometry, it’s David’s own made-to-measure model. As mentioned above, you can have a bespoke geometry of your own if you like. 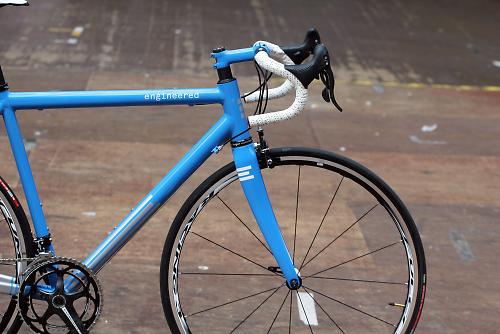 Opt for a standard 56cm model, though, and you’re looking at a 585mm stack height (the vertical distance between the middle of the bottom bracket and the top of the head tube) and a 397mm reach (the horizontal distance between those two points). If that doesn’t mean much to you, the head tube is 156mm, which is pretty short for a bike with a 565mm effective top tube. The seat angle is 73.5°, the head tube is 73°, the wheelbase is 996mm, and the bottom bracket drop is 67mm. 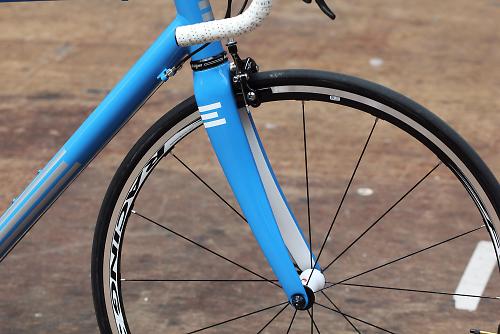 A standard Donder frame and fork will cost you £1,250. You can choose your own colour from a range of options and delivery is about 6-8 weeks after you place your order. Made-to-measure options are available and you can go for complete bikes built up with Campagnolo groupsets.

For more info go to www.engineeredbikes.co.uk.