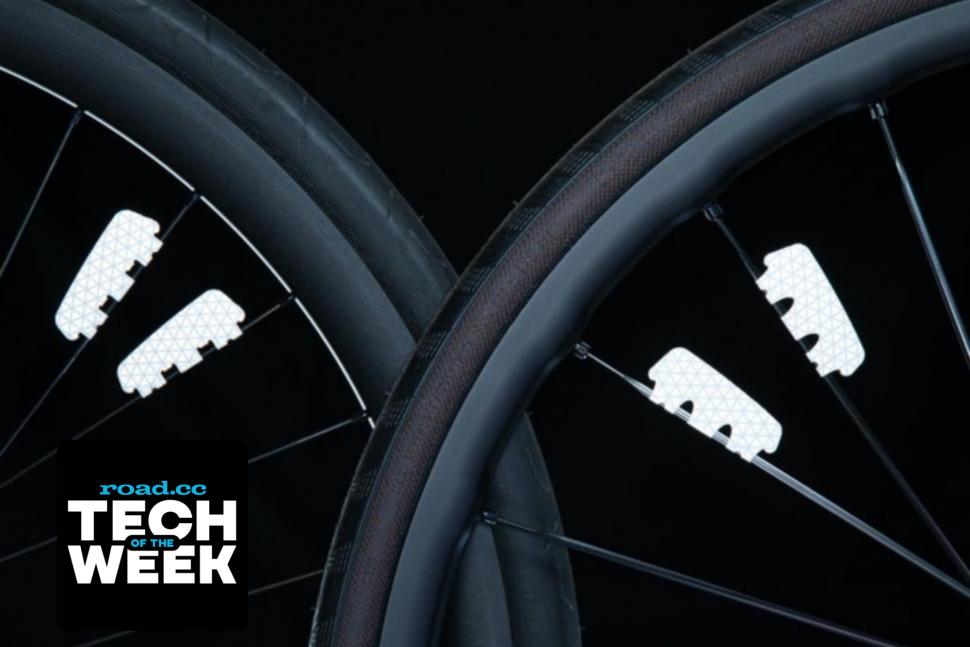 It has been another busy week in the cycling world with loads of new clothing unveiled for spring and summer, but we're kicking off with some spoke reflectors – no, really – that smashed their Kickstarter target in no time at all... 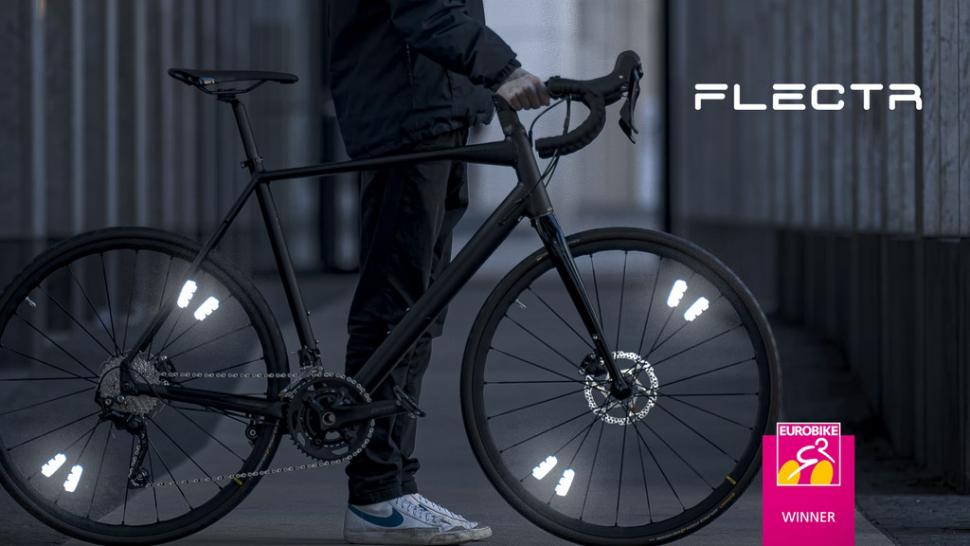 Promising zero air drag, the Flectr Zero spoke reflectors have soared past their Kickstarter crowdfunding target of £10,639 with over £27,000 pledged so far.

Featuring a low profile to minimise drag, the Flectr Zero fits round spokes, while the Flectr Zero Blade is for bladed aero spokes to provide a touch of visibility for performance riders too.

Testing is said to have found the Flectr Zero does not cause air turbulence unlike the ordinary reflector and reflective spoke stick it was compared to.

They’re light too. The Zero weighs a claimed 0.6g, while the aero-spoked Zero Blade version is said to be a little heavier at 0.8g.

By pledging 21 euros (about £18), you’ll get a set of four single reflectors. With this you can equip one bike with one twin-reflector per wheel.

Would you put these on your race bike?

Coming up on the 24 April are the classic men’s Liège-Bastogne-Liège and also the Liège-Bastogne-Liège Femmes. La Doyenne is the oldest of the five Monuments and since its first edition in 1892, has been raced in the Wallonia region of Belgium. Santini has new collections for men and women that are inspired by the terrain of the classic.

“We chose the green of the forests the race runs through as the colour for the line,” Santini explains. “A stylised mountain range motif also references the 11 Côtes de Liege - the merciless “walls” that strike terror in the hearts of even the most hardened cyclists.”

The men’s line comprises a jersey, bib shorts, technical t-shirt and base layer. The women’s range is the same aside from the shorts, which don’t have any braces.

Miniature little cyclists were first created in the 1950s in France by a small family-run company Fonderie Roger. Made of metal (zink and alloy) they started as parts of a cycling game but demand for the model cyclists quickly outstripped that of the game, and now you can get your own personalised version. 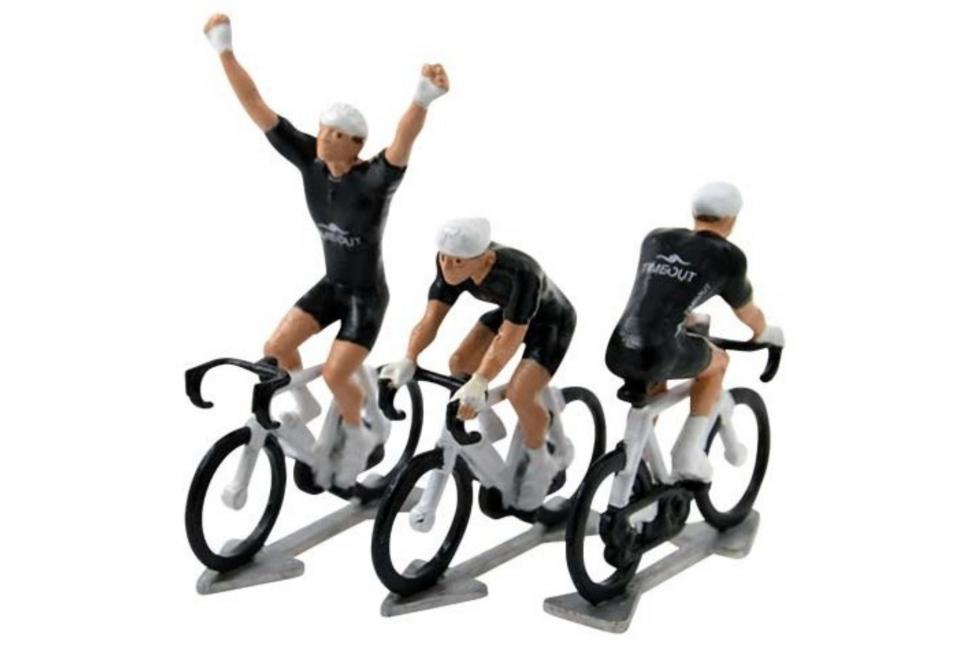 You can have your very own cycling kit added to the ‘winner’ mini cyclist model with their arms in the air or the ‘classic’ one with arms on the bars. There’s also a female-specific version of the classic too.

Choose the jersey design and colour, colour of cap, colour of shorts, socks, shoes and up to 7 letters or a number for the rear of the jersey. A beard can even be added.

It takes around 1-2 weeks to create the customised models, with prices starting at £31. 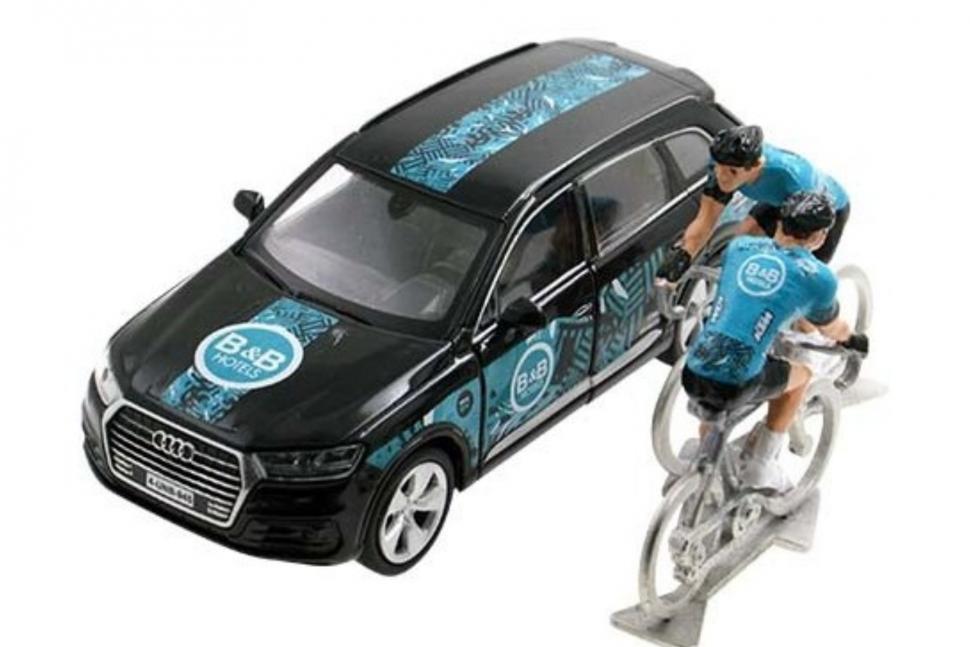 Here are the highlights… 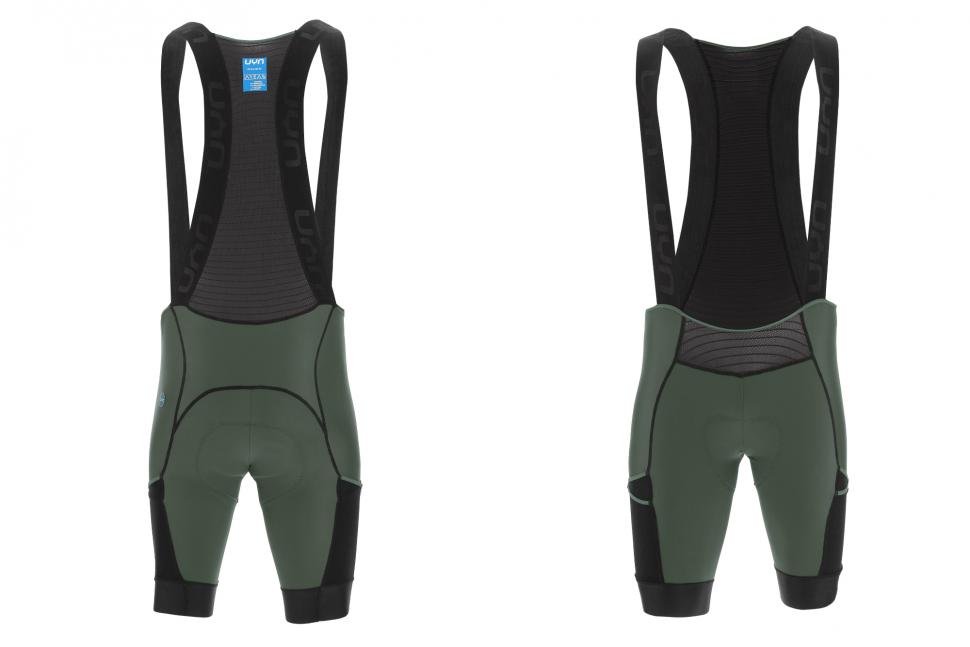 Designed for long-distance rides no matter the terrain, the new Adventure Cargo Shorts (£189) feature four side mesh pockets (two on each leg) for plenty of secure storage options, even on bumpier surfaces. For increased comfort in the heat, the straps are connected at the back by panel featuring ‘Flowtunnels’ technology. UYN says, “the combined action of micro-holes and three-dimensional channels generates a constant flow of air as well as prevents the shirt from sticking uncomfortably to the skin.” 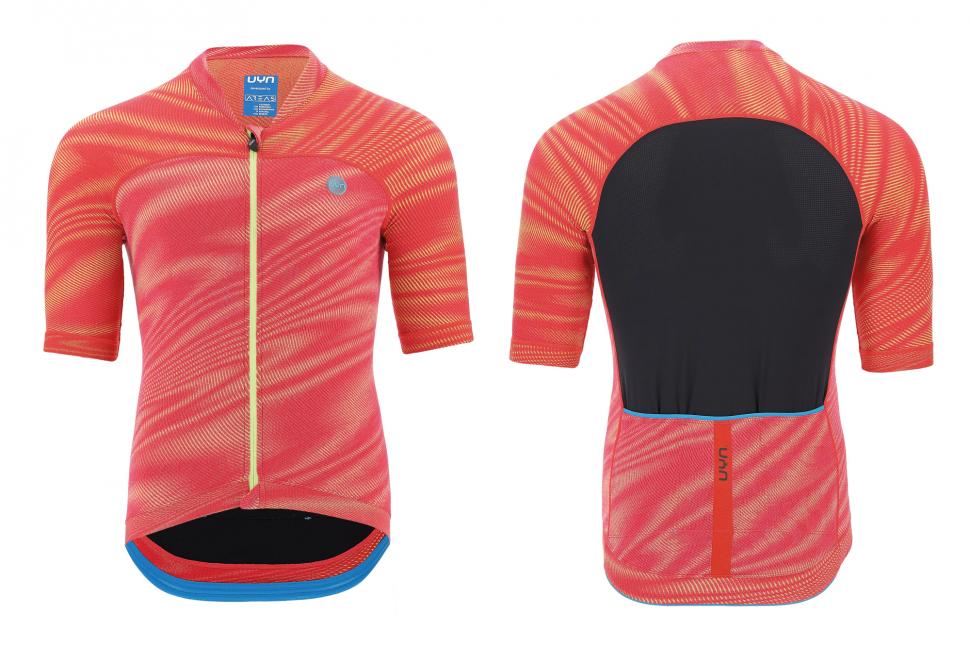 The Wave shirt (£129) is claimed to reflect heat to boost performance. It uses Argenthon, which UYN explains is a “new-generation yarn which reflects heat radiation thanks to the triangular micro-structure of its filaments (instead of the traditional round cross-section). The result is a superior capacity to disperse sweat and cool the body during hard efforts.” 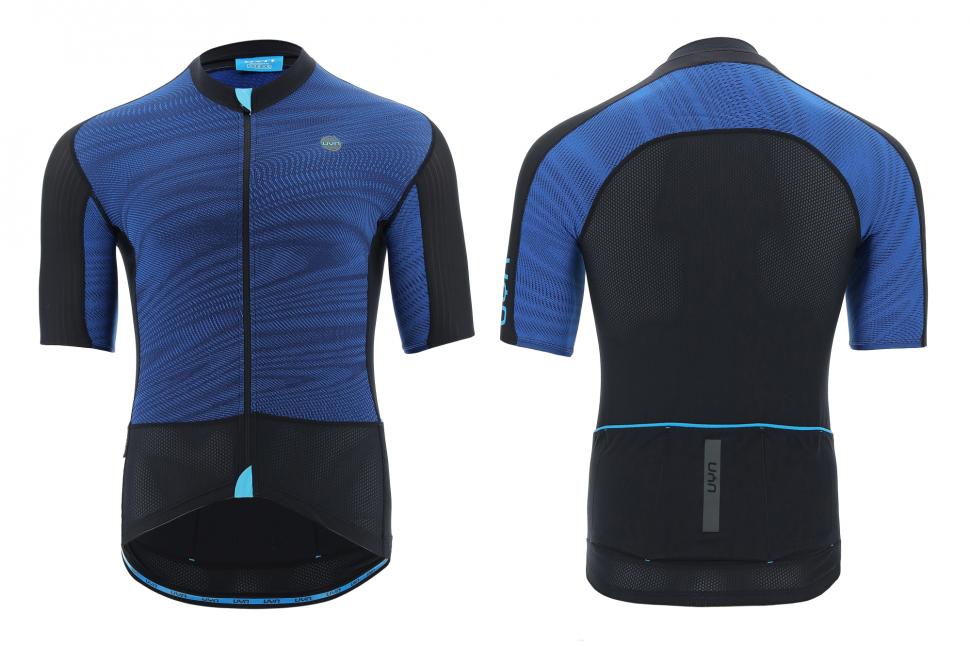 For off-road and tarmac use, the Allroad shirt (£149) features a breathable 3D knit fabric across the body and shoulders, abrasion-resistant Resivent fabric at the lower part and the back, and the Aero-Lt fabric with micro-grooves on the shoulders for increased aerodynamic performance.

Have you heard about the Jagz app for adventurers?

Jagz is a new cycling app that’s designed to connect riders with bike-friendly accommodation hosts including holiday homes and glampsites as well as professional tour guides who know all about the local trails and can show you around. 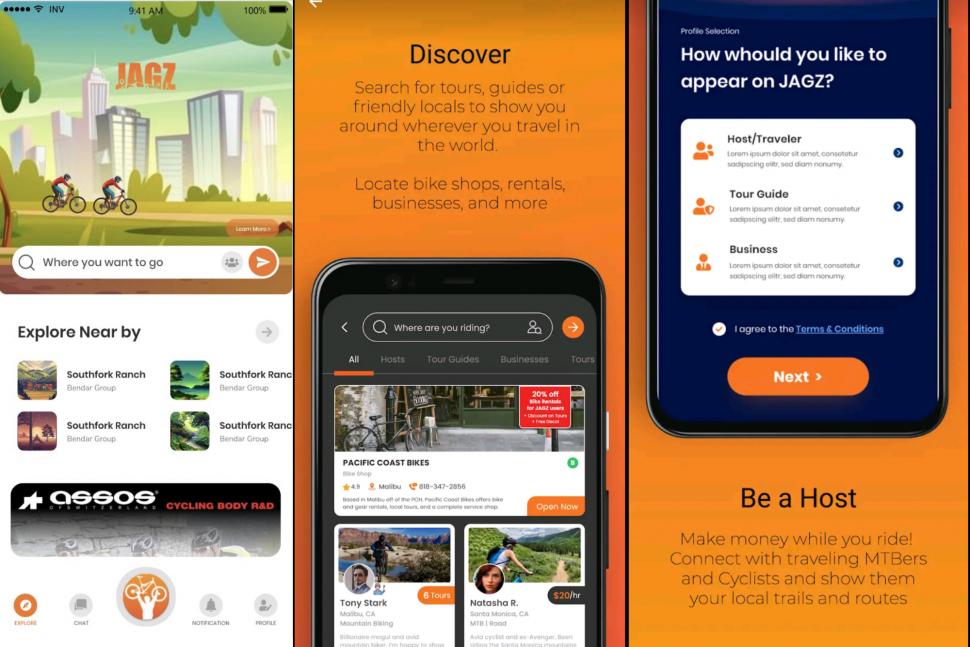 The idea behind this app is that it connects you with locals who are keen to help out fellow cyclists travelling through town, a bit like Warm Showers which is a free worldwide hospitality exchange for touring cyclists. With Jagz though, there’s a little more emphasis on paying for experiences, and it’s not just hosts you can reach out to, but tour guides too in order to really find the best riding nearby.

It’s available on the App Store and Google Play.

Daydreaming about last week’s glorious sunny weather as the snow started falling this week? Spring should be on its way and when it does finally arrive La Passione has a new spring/summer line.

Inspired by the former lightweight Prestige collection which was only available for men, La Passione has launched a new performance range in a pro-cut fit for men and this time there are women’s options too. 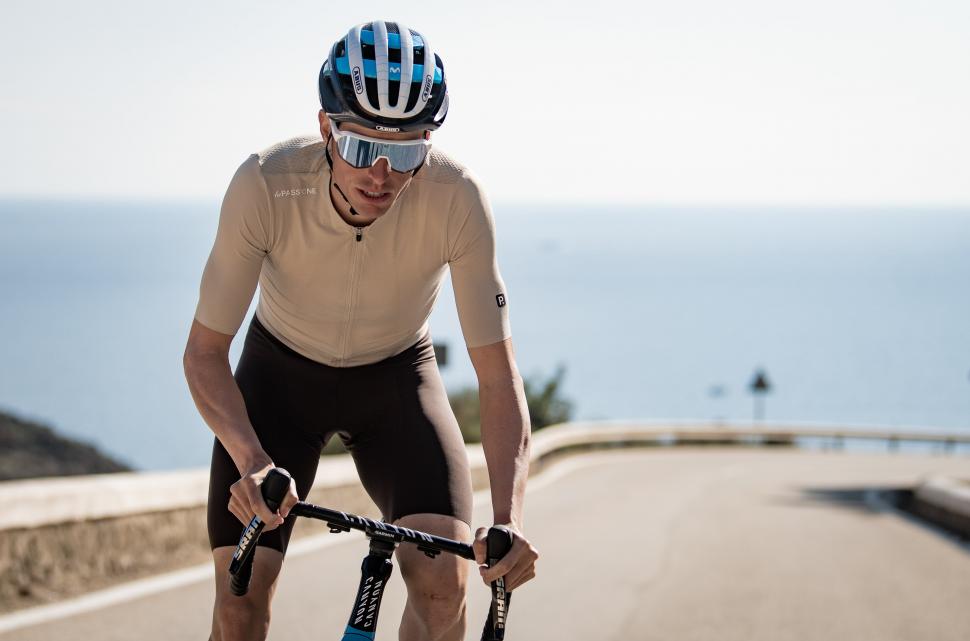 The Dreamer Bib Shorts (£168) use a high-compression fabric that is produced with circular technology and feature raw-cut leg ends with silicone grippers inside.

For the straps, La Passione uses an X-frame construction for men and a Y-frame construction for women. “Thanks to these specific solutions, the back and the bodice are joined with a single joint that acts as a stabilising element and is perfectly interposed in the upper part of the shoulders,” La Passione explains. “What characterises the women's version, on the other hand, is undoubtedly the comfortable clip solution, which makes it easier and quicker to release in case of need, without necessarily having to remove other garments.” 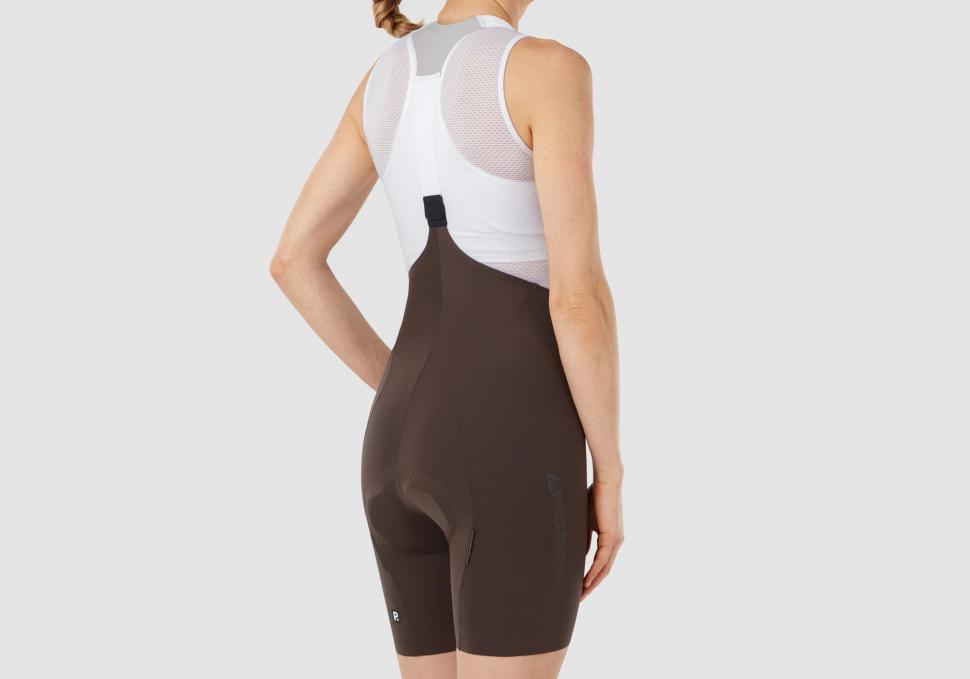 The chamois has been designed with Movistar Team riders and is claimed to guarantee comfort with reduced bulk, and thanks to a new 9mm foam that promotes circulation, it should also keep you fresh. 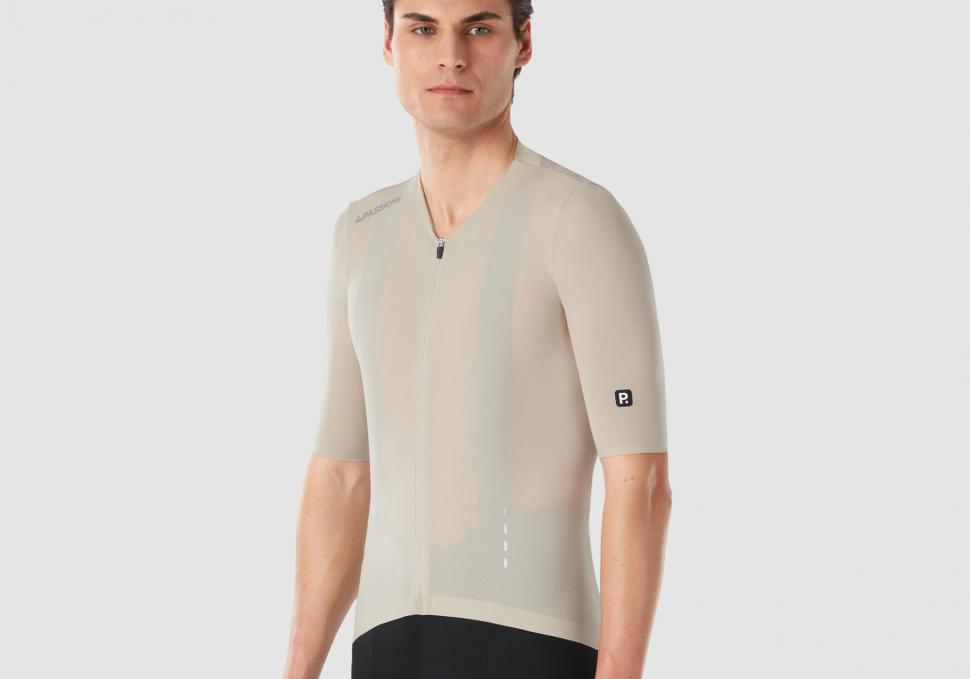 The Dreamer Jersey (£130) features aero sleeves and is made from a soft and light fabric with a specific diamond structure to channel sweat and speed up drying, while a practical protective flap inside the pockets is designed to avoid unintentional spillage of the contents. 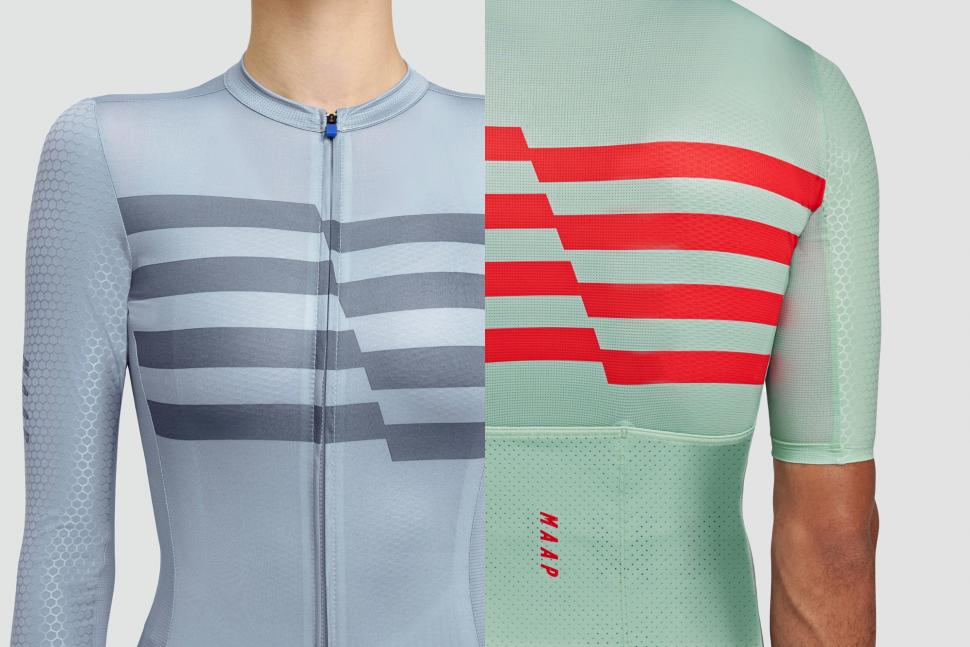 MAAP is launching a new Emblem collection that focuses around the stylish M-Flag logo and contains everything you need to roll from head to toe, with a new long-sleeve version of the brand’s well-known Emblem Pro Hex Jersey to compliment a short sleeve version, water bottles to base layers, caps to socks. 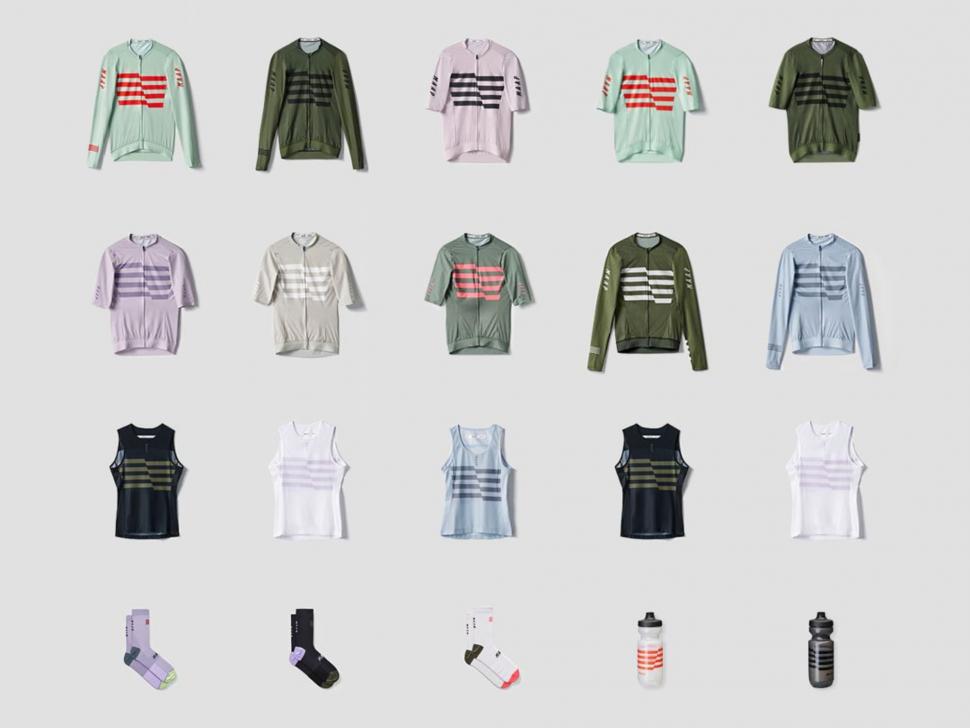 This graphic is a visual element that has been iterated on many times over the years on Melbourne-based MAAP’s apparel, and now MAAP is given the logo increased prominence in this complete collection.

P3RFORM is the coaching service supporting this year's Tour 21 riders

Designed to offer the wider population access to high-quality performance coaching, P3RFORM is a new coaching service that adapts plans to work around your daily life, around your busy working week, what equipment you already have at home or any classes you already attend. 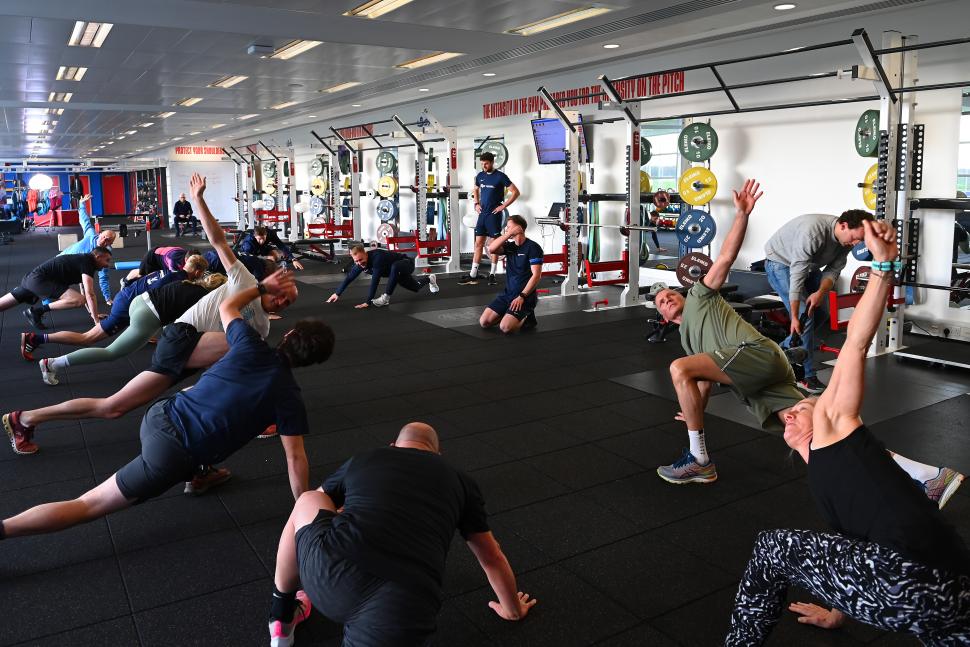 Priced at £110 per month, P3RFORM works on off-bike conditioning, strength and mobility, and offers three things that it says are key to being successful at fitness: flexibility, expertise and accountability.

The performance specialists are currently working with all the riders taking part in the Tour 21, which is the biggest organised fundraiser for the Cure Leukaemia charity where a maximum of 25 riders take on all 21 stages on the Tour de France. 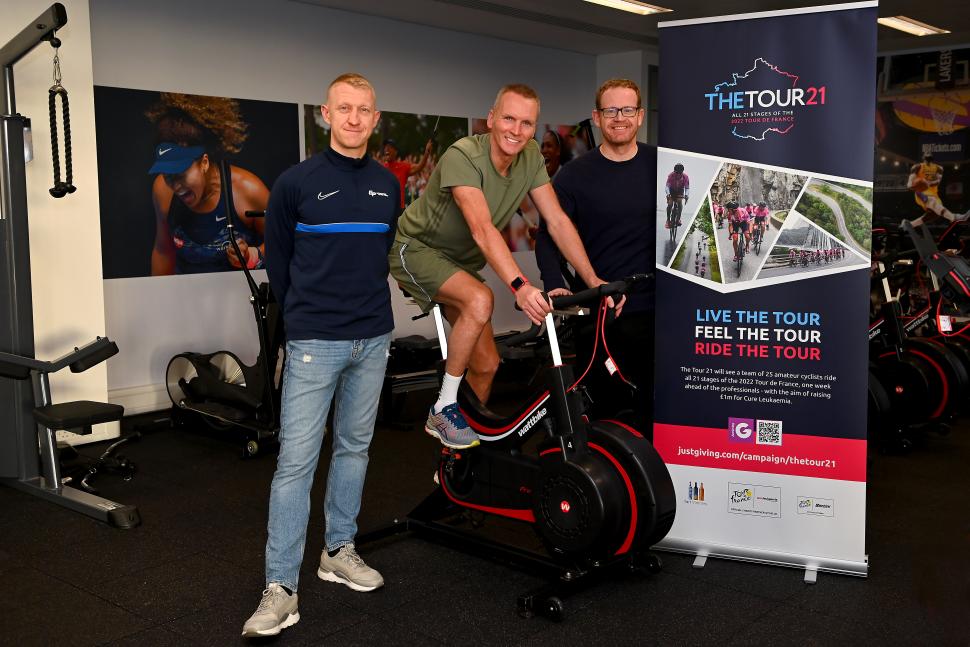 Saturday 9th April Find out how useful the Beats Fit Pro True Wireless Noise Cancelling Earbuds are for cycling use. 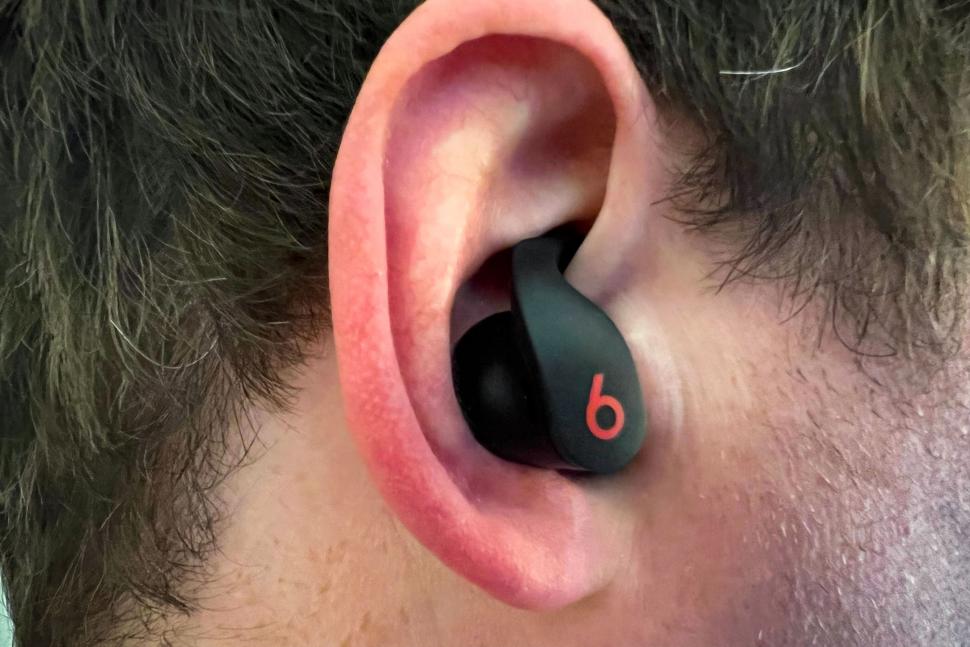 In case you missed it earlier this week…