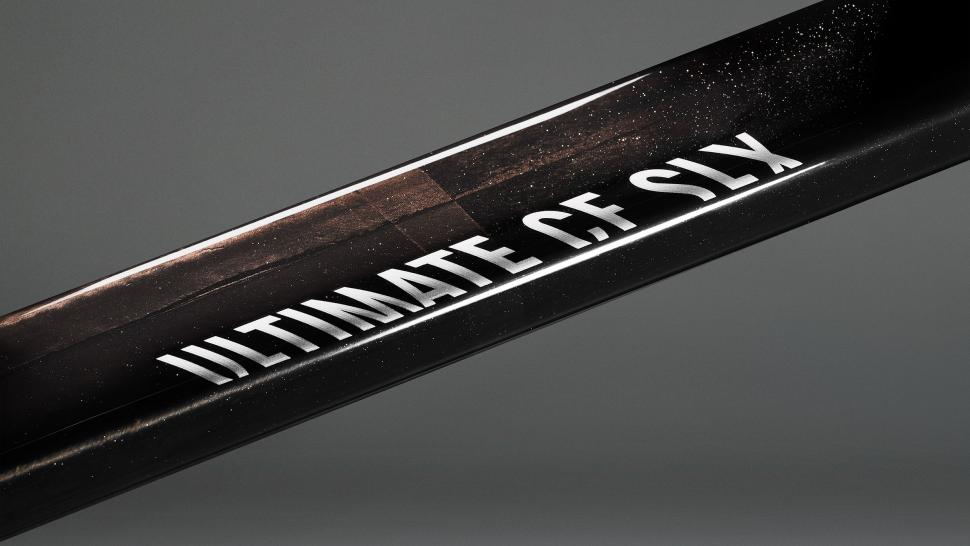 Spotted at Movistar Team's bus, the new Ultimate has fully internal cable routing and what looks to be the same adjustable cockpit used on the Canyon Aeroad
by Jack Sexty

We've known it's been coming for quite a while now, and finally the new Canyon Ultimate has been seen in the wild. Spotted by both Cyclingnews and Matos Velo at the Criterium du Dauphine yesterday, the new Ultimate has ditched a round seatpost in favour of a more aero, D-shaped one, appears to have inherited the adjustable cockpit on the Aeroad and has no visible external cabling.

While it was team road.cc with the scoop last weekend as Liam Cahill and Mat Brett happened across a brand new radical Trek Madone in between coffees and croissants, the Canyon-sponsored Movistar Team has left it late in the race to bust out something new unlike Trek-Segafredo, with the bike spotted standing proud outside their team bus.

According to Cyclingnews the new bike was set to be used by Enric Mas in today's mountainous final stage at the Dauphine, however Mas was forced to pull out to "prioritise his recovery" from a heavy crash suffered on Thursday's stage 5.

Although it's aged pretty well, the Ultimate - Canyon's lightweight racing bike - is well due an update with the last full revamp coming in 2016, not counting the premium Ultimate CFR model introduced in 2020 and various other special edition versions.

Looking at the video above, the new frame doesn't appear to have had a radical revamp like the Madone, but has followed the current trend of blurring the lines between lightweight and aero, with some of the improvements no doubt made with watt-savings in mind.

If there's a party to be had anywhere it's at the back, which is quite a departure from the current Ultimate. Although the seatstays join at the top tube and have not dropped further down the seat tube like the Aeroad, there's a strong D-shape at the junction and the seat tube is straight with no cut-out following the rear wheel. There's still plenty of room between seat tube and rear tyre on this particular bike, suggesting that the new Ultimate will have plenty of tyre clearance.

At the front we see the bike has retained a tall--ish head tube and angular fork, with the big changes coming at the cockpit. The same quill-style stem included on the current Aeroad appears to have been specced here, which suggests that this is the same CP0018 Aerocockpit that (after a few bumps in the road to start with) is included on the latest generation Canyon Aeroad. This means new Ultimate owners will also be able to adjust their bar's width with three settings to choose from, and adjust the height by up to 15mm without having to cut or chop anything up.

How on the money were our predictions in March? Well we can claim the 'more aero' prediction first off, as the full internal cabling and non-round seatpost must tick that box. It looks like we correctly guessed more tyre clearance is coming, as in the clip above the sizeable gap between the straight seat tube and rear tyre presumably must add up to at least 32mm tyre clearance, considering the current Ultimate can take 30mm tyres.

We also may have half got it half right when we asked for different geometries between models in the range, as the adjustable cockpit gives riders the options to slam the stem or set it to a more relaxed position for longer days in the saddle. Rim brake and aluminium-framed versions may be more of a long shot, but we'll wait and see when the new Ultimate officially launches...

What do you reckon, will you be in the market for a new Ultimate when it goes on sale? Let us know what you make of it so far in the comments.