Here’s another round of highlights from Eurobike, from disc brakes to jazzy base layers and a few more interesting tidbits along the way. If you missed our previous coverage from the show, here are five cool things from the show and our first day faves. The KTM Revelator Lisse Prestige is a new aero road bike from the Austrian company. It features disc brakes and full internal cable routing, dropped rear stays, a curved fork with lower dropout tabs and an aero stem that routes the cables directly into the frame. The integrated stem has four shims to provide a wide range of stack options. The frame weighs a claimed sub-1kg. This range-topping SRAM Red eTap model should cost about £6,500. 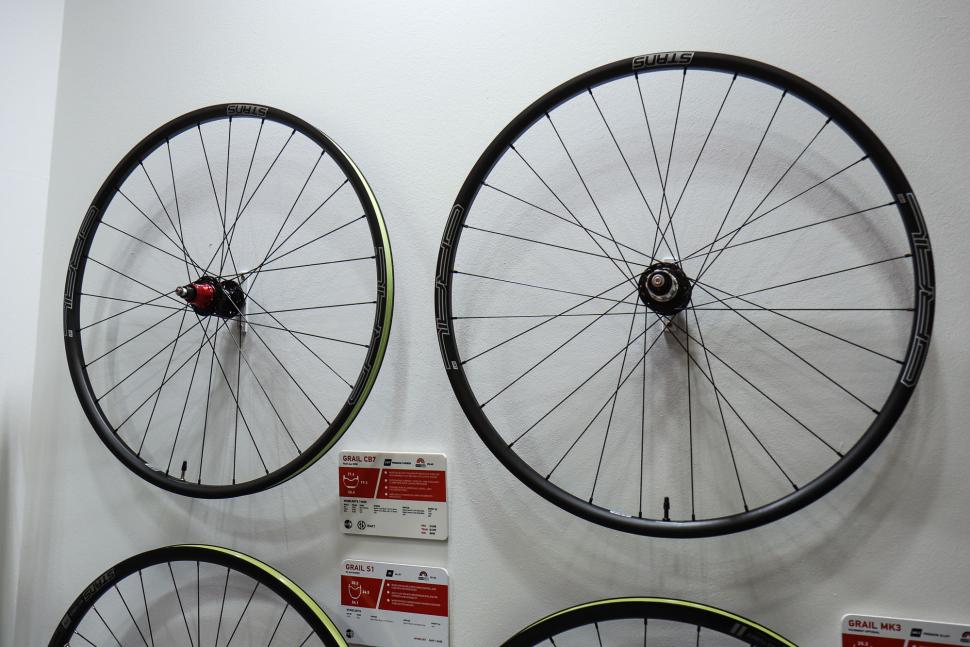 These are the new Stan’s Grail CB7, which takes its original Grail gravel-specific wheelset launched many years ago but uses carbon to shed a load of weight. The rim weighs a claimed 330g and in its lightest build, you’re looking at 1,277g, which is light for a road wheelset let alone one designed for the rigours of off-road riding. The rim measures 21.6mm internally and is intended for tyre widths from 25 to 40mm. The only downer is that due to the lightness there’s a rider weight limit of 85kg. Plain white baselayers are so boring! It’s all about jazzy colours and wicked designs this season. Castelli has added even more options to its Pro Mesh range, with sleeveless and sleeved variants. 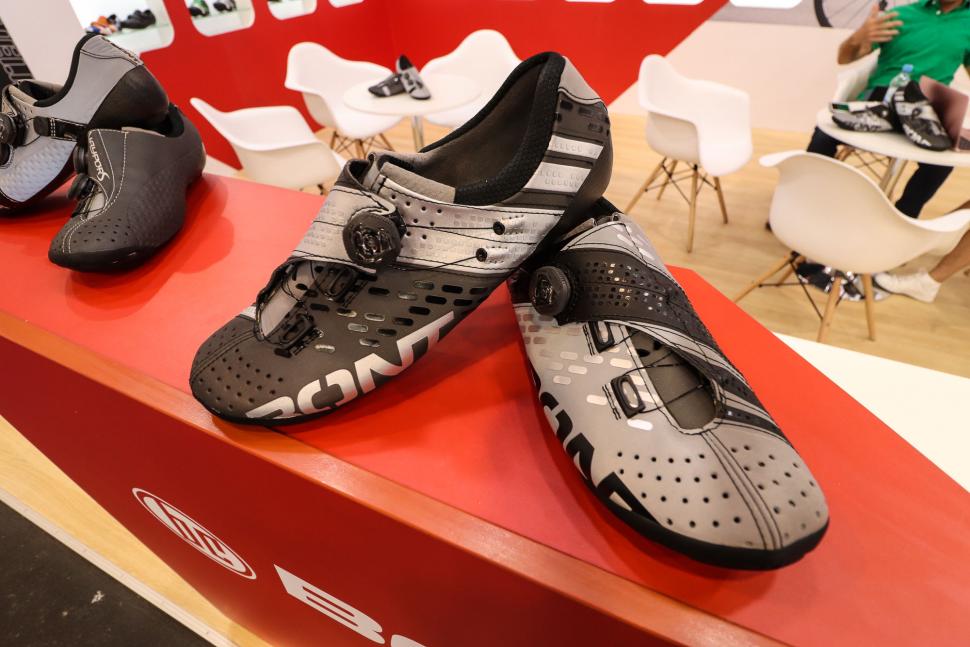 Bont has only gone and added some reflective options of its Vaypor and Helix models. That'll help you stand out on the evening rides. 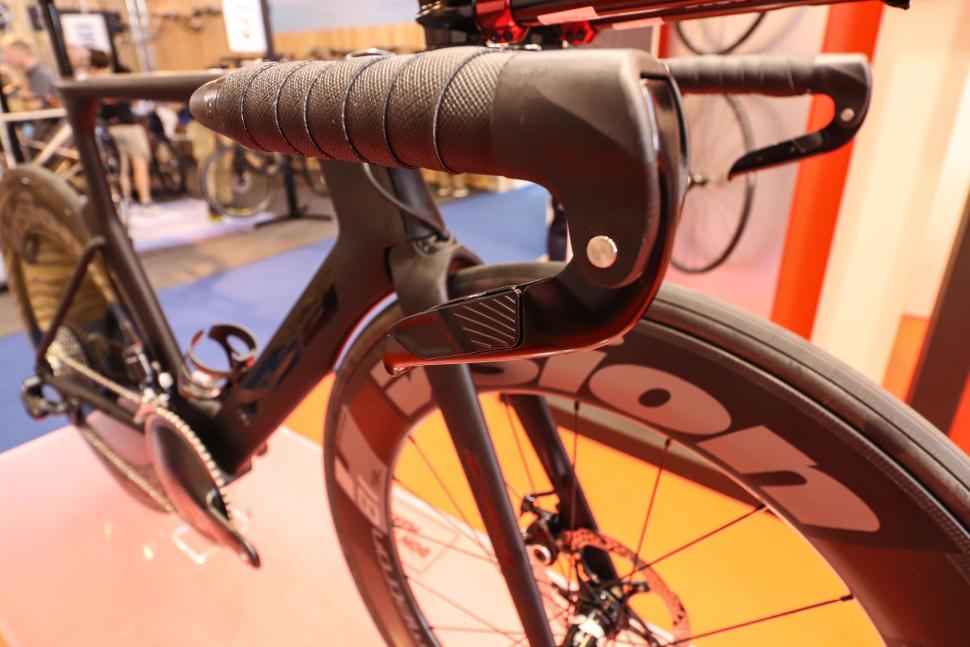 Have you been keeping track of the groupset wars? If you have, you’ll know FSA has been developing its own WE groupset for the past few years, but you might not have realised the rim brake version has been in production for a while. It’s been getting race tested as well, and a handful of top pros have been using it in training. Can we expect to see it on a WorldTour team next year? Possibly… The disc brake groupset is still being refined and availability is expected to be early next year sometime. It’s currently developing a time trial groupset as well, with electronic rocker shifters integrated into the brake levers and small shift buttons on the extensions. It’s some way of being available though. It recognises that time trial is a niche category, but if it wants to see a pro team on its groupset it’s going to need to offer a time trial version. 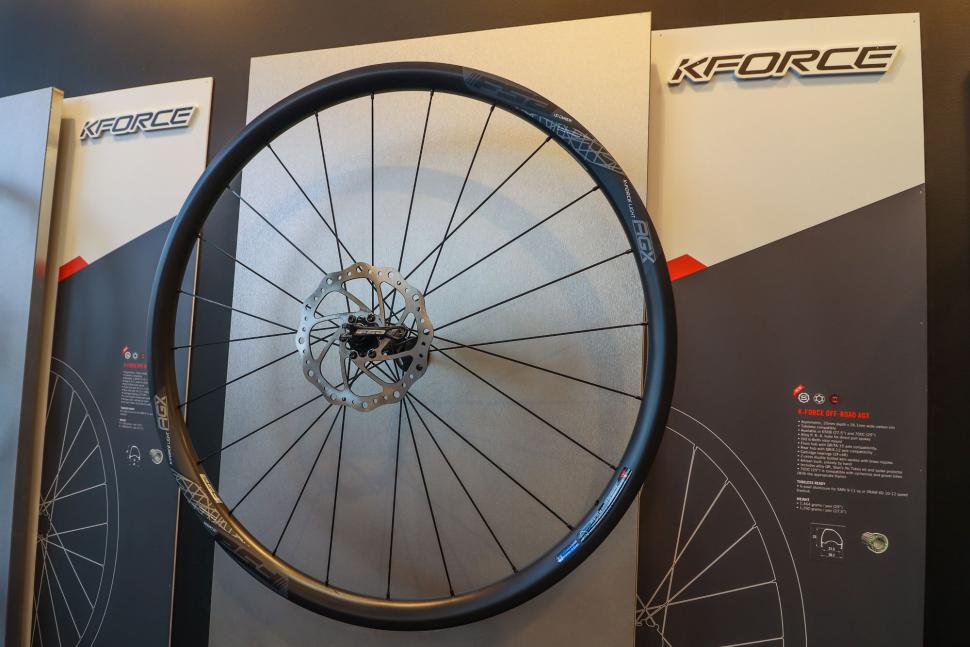 Gravel hasn’t really hit really hit Europe yet, but that hasn’t stopped FSA from launching a range of gravel-specific wheelsets under its new AGX name. The wheels are loosely based on their mountain bike wheelsets, with wide rim profiles and tubeless compatibility. K-Force Off-Road AGX heads the new range, with carbon rims that measure 26.1mm wide and comes in 700c and 650b options, the latter weighing a claimed 1,390g. 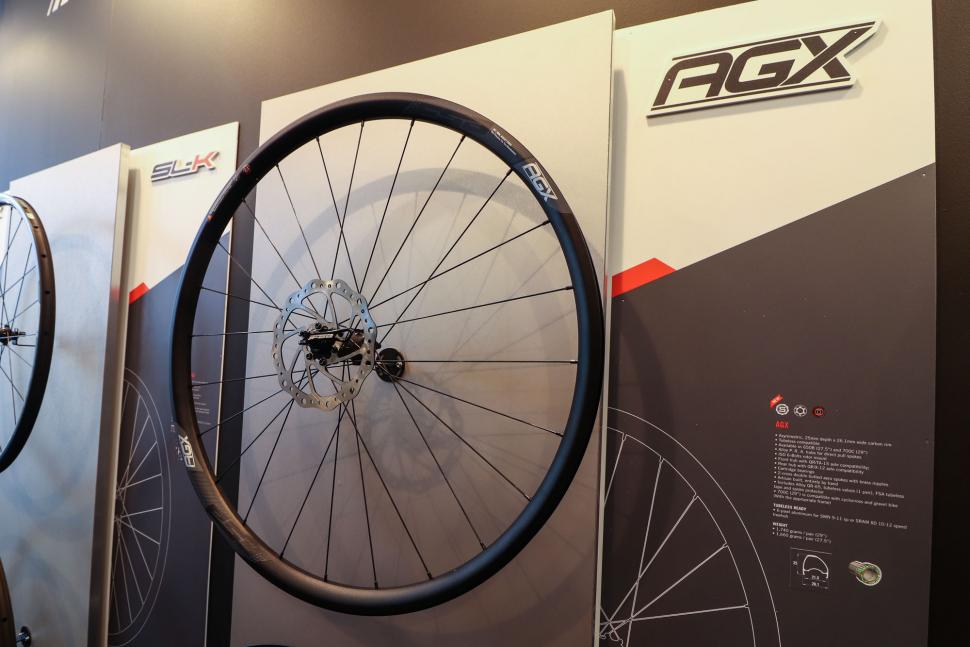 There’s a slightly heavier and more affordable SL-K Off-Road AGX wheelset, and the range is propped up by the aluminium AGX wheelset. All wheels come with tubeless valves and rim tape and a choice of Shimano and SRAM XD freehubs. Sticking with FSA and the gravel trend, it has added the K-Force Light Modular Supercompact BB386Evo crankset to its 2019 range. It combines carbon fibre crank arms with a 7075 aluminium axle and chainrings available in 48/32 and 46/30t ratios. Ideal for gravel and adventure bikes and a much better choice, in my opinion, than the 50/34t chainsets that too many gravel bikes are being specced with. 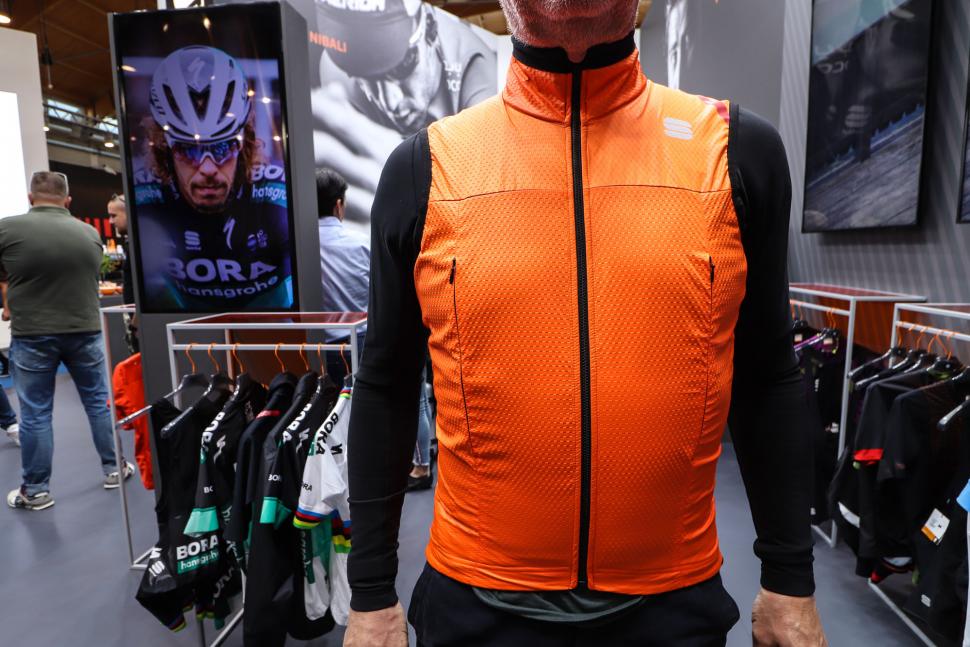 We’re having an amazing summer, but Sportful brought us back down to earth with a first look at some of its new autumn and winter clothing. Boo! I was really taken with its R&D Strato jacket last year, which combined a thermal long sleeve with a windproof gilet. 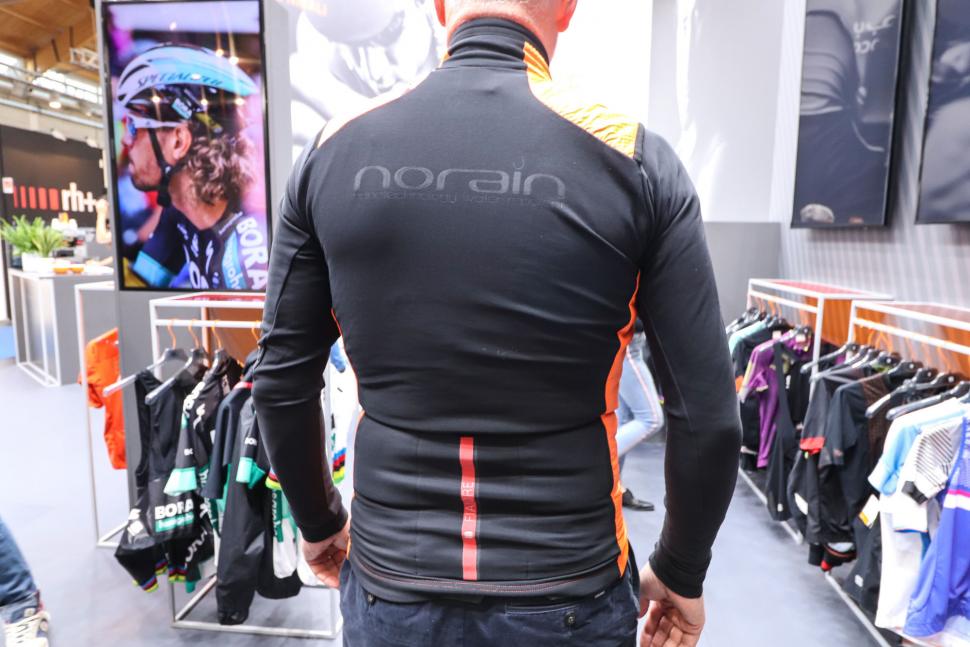 It has updated it by using a NoRain back panel and a new front-facing material to provide water resistance (the previous version was solely windproof) along with better thermal insulation. It has also improved the fit across the back of the shoulders via the added stretch of the NoRain material. As well as this funky orange it comes in yellow and black and will cost £150. Easily the most intriguing piece of clothing on show at Eurobike was the Fiandre Cabrio jacket. Think of the removable roof of a cabriolet car and you’re halfway there. It’s billed as two jackets in one, one that offers full 360-degree wind protection and insulation for colder rides, but unzip the large rear panel to reveal the NoRain fabric and breathability is boosted and it can cope with higher temperatures. 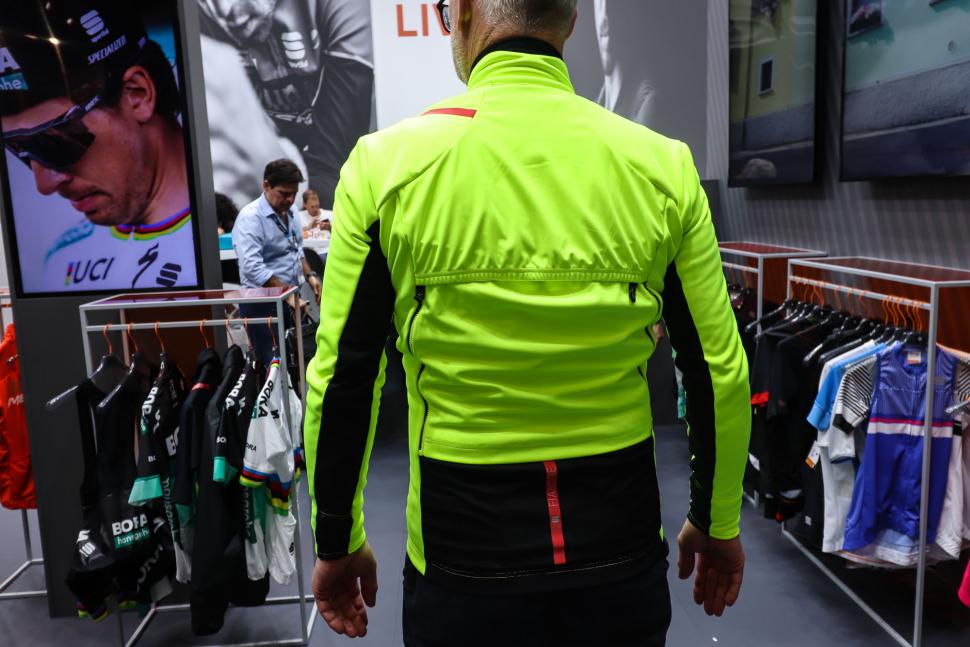 The removal of this large panel is expected to be something you do when assessing the weather and temperature before a ride, rather than making the change mid-ride, but there’s no reason why you couldn’t remove it if you do misjudge the weather during a ride. It’s going to cost about £200 and is something we’re looking forward to testing.

Stages have expanded its Dash computer range with two new models, adding navigation functionality to the new range-topping L50 model. As you can probably tell from the pics, it’s still a prototype with production models not expected for a little while yet. The L50 uses a large (400x240mm) colour screen that can be used portrait or landscape and battery life is claimed to be good for 18 hours. 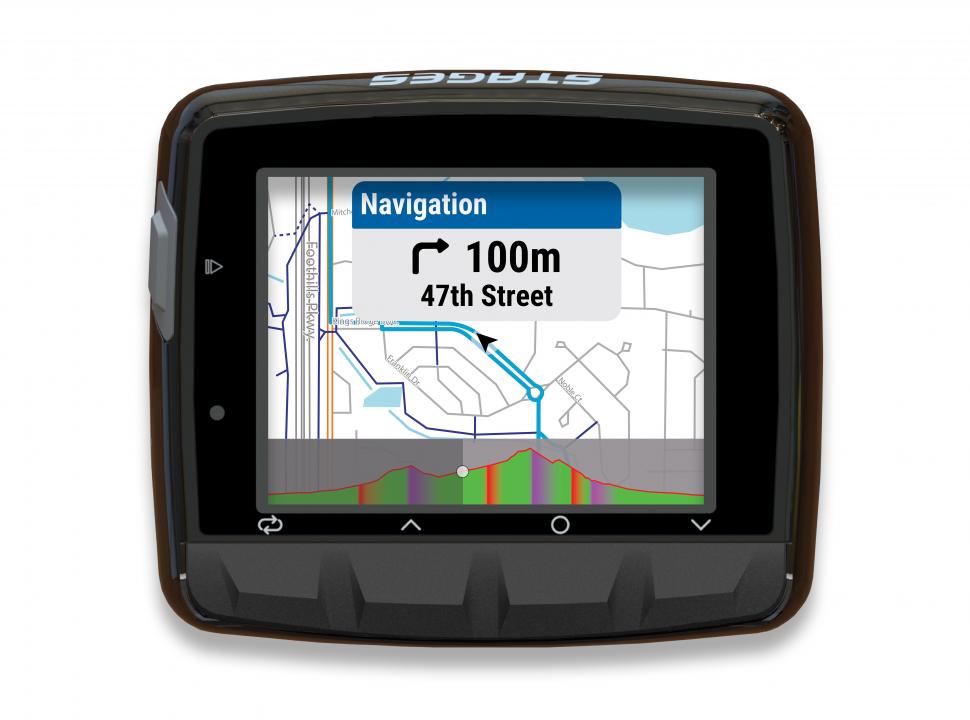 Sitting in the middle of the expanded range is the new M50 which also uses a colour screen that is a bit smaller (320x240mm) and the battery life is 15 hours claimed. Both computers use Open Street Maps so no extra charge for maps. 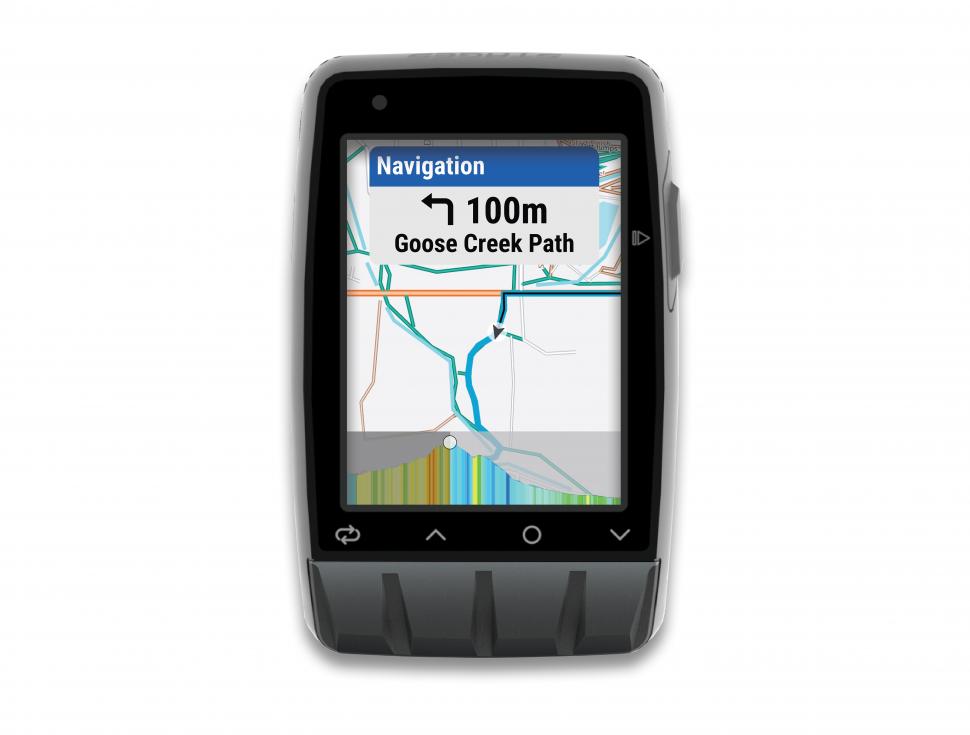 The development came from demand for navigation and features (such as being able to upload activities to Strava) that the original Dash computer didn’t offer. That unit remains in the range but the price has been slashed by £100 down to £150. The two new M50 and L50 computers essentially build on the original but add in navigation and a colour screendata-richith the same data rich dataset and high level of customisation.

Stages has also updated its Link App as well. We’ve got a video interview with the Stages marketing manager so watch out for that soon. 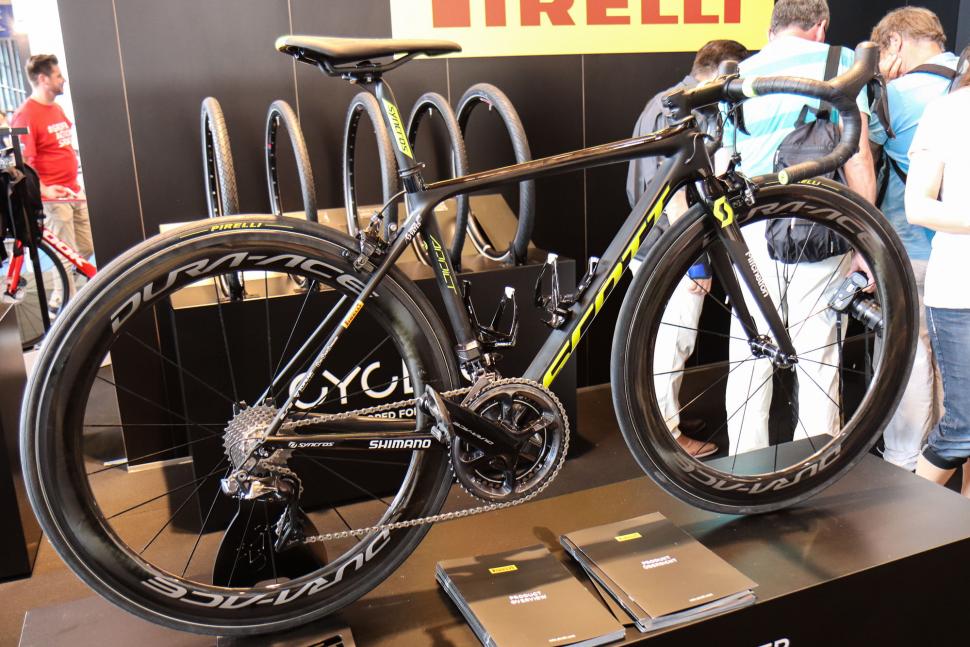 And finally, here is Simon Yates' Scott Addict race bike, which Pirelli had on its stand because the tyre company is developing a new tubular tyre. 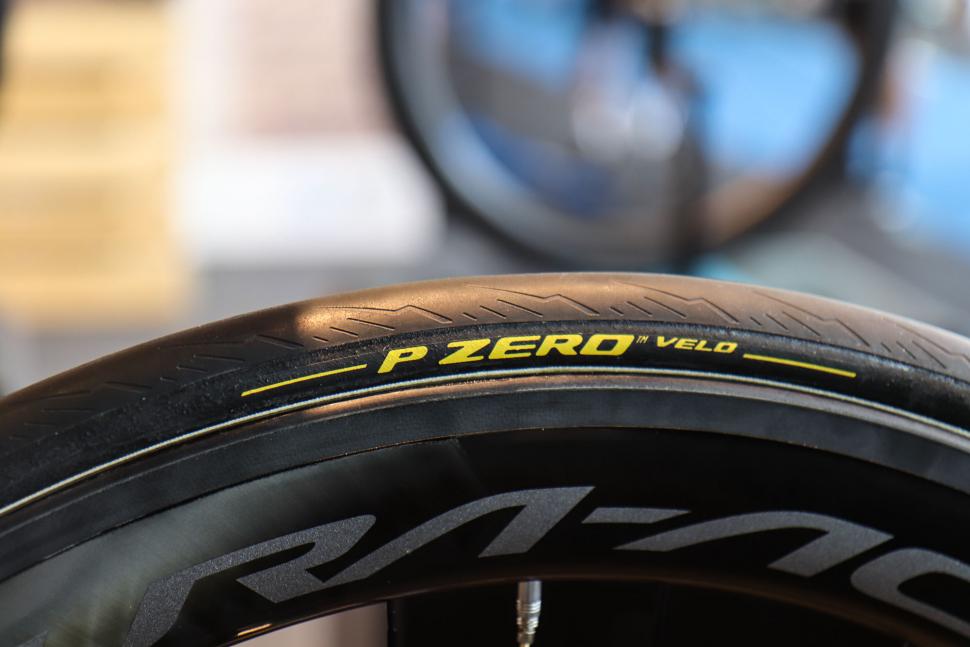 There's no date for public availability of this new tyre yet, but expect it by the end of the year or early 2019.