Dutch titanium specialist Van Nicholas has followed up the launch of the Skeiron Disc road bike earlier this year with the new Yukon Disc, an all-road model with space for 35mm tyres and a full complement of rack and mudguard mounts making it an ideal choice for commuting, touring and everything in-between. 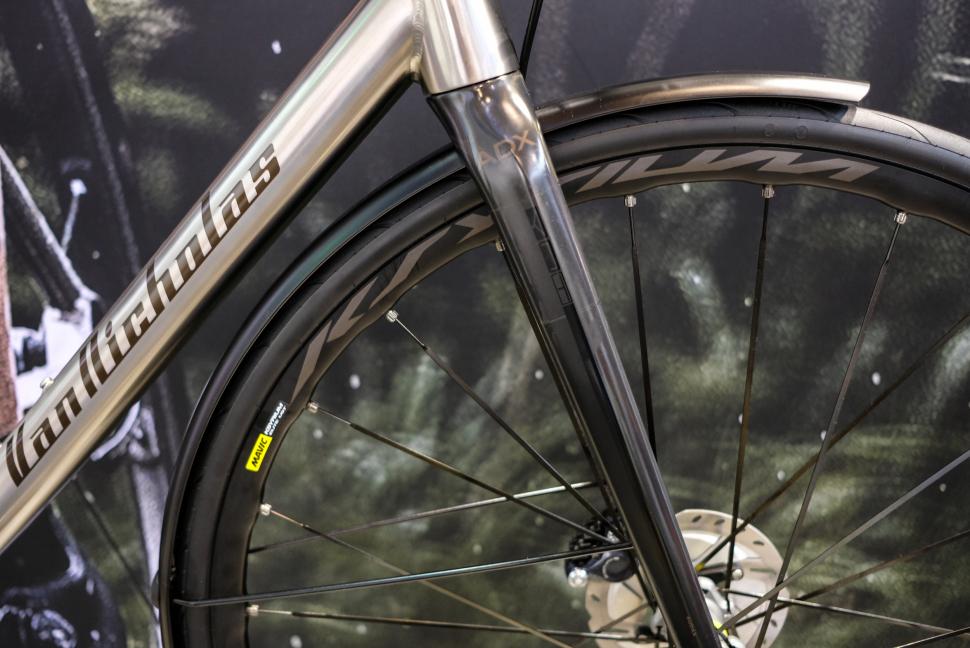 The Yukon is a long-standing name in the company’s range and it’s a model we’ve long anticipated would make the switch to disc brakes. Look at the Van Nicholas range and it’s clear the company has been hesitant to fully embrace disc brakes. The Skeiron Disc was its first dedicated disc-equipped road bike. But producing a Yukon Disc with all its practicality and versatility is a smart move given the popularity of this style of bike with UK cyclists seeking a year-round mile muncher with a bit of class. 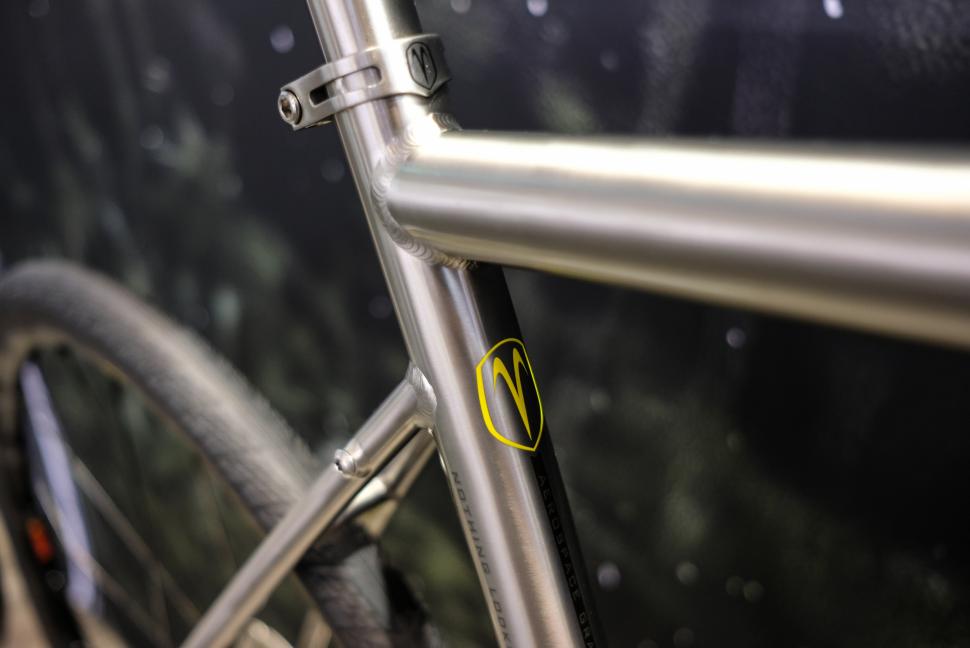 There are going to be various build options, a Shimano 105 model will start from €3,599 and the Ultegra R8050 Di2 with Mavic Ksyrium Elite Allroad Disc wheels and Brooks Cambium C17 spec pictured here costing €5,487. This build weighs a claimed 8.7kg. 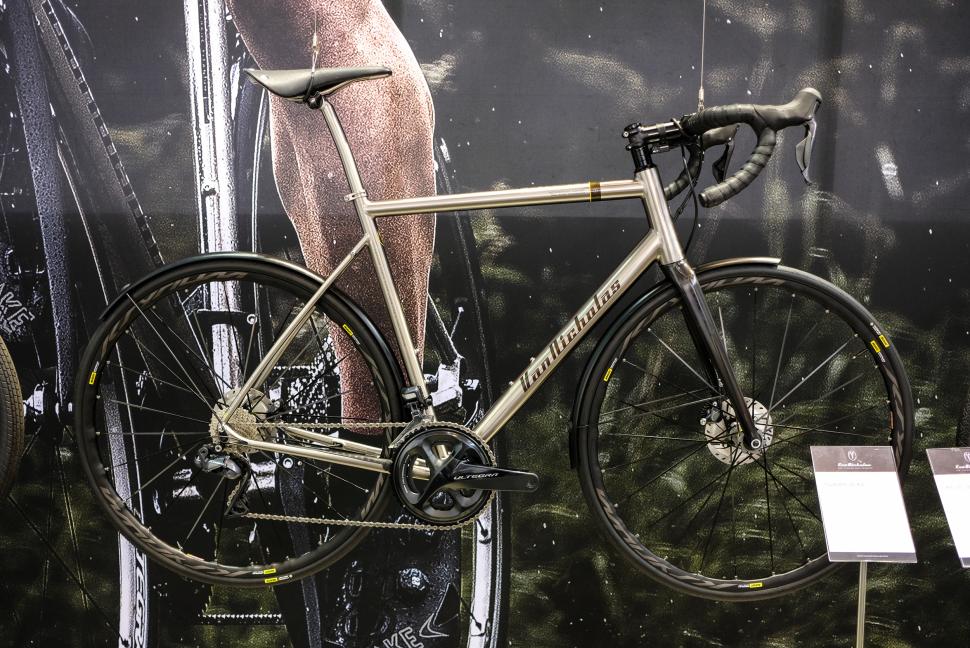 Van Nicholas is even developing its own mudguards intended to fit seamlessly in the frame and fork (they acknowledge they need to be longer than they currently are before you rush down to the comments to point that out) and clearance is adequate for a 28mm tyre with the ‘guards fitted. 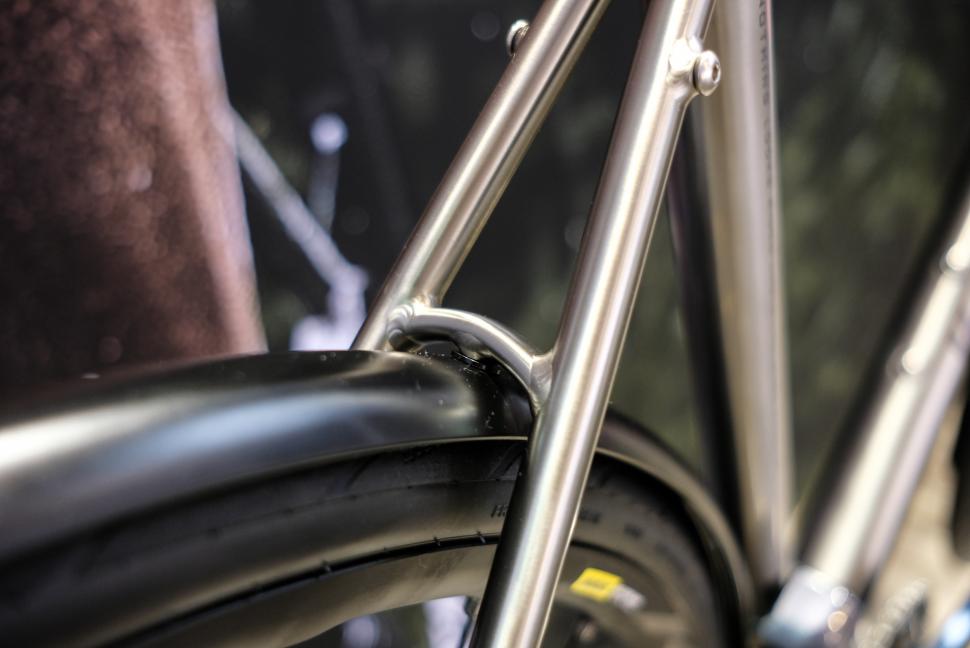 The new frame inherits some features from the Skeiron Disc, including the very tidy 3D cast dropouts and fully internal cable and hose routing. They have beefed up frame stiffness by adopting a tapered head tube. Comfort is an important consideration on this style of bike and Van Nicholas has sought to increased seated comfort by dropping and curving the slender seatstays. 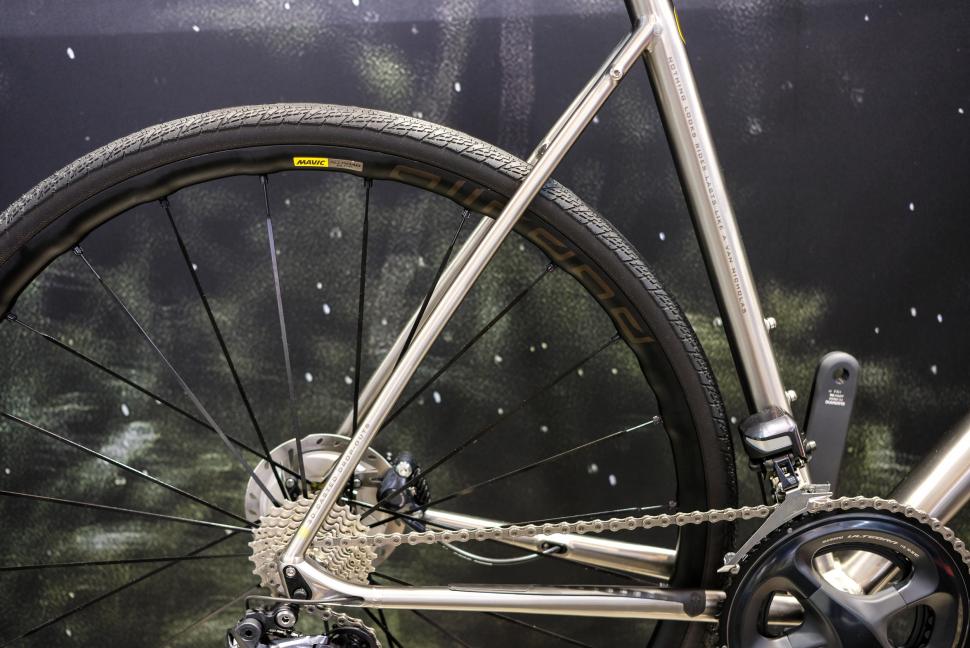 The new Yukon Disc will be out in January and we’ve put our name down for a test bike.

It’s worth mentioning that Van Nicholas won a Eurobike 2017 Gold Award in the Racing Bikes category with its new Skeiron Disc, so here it is, and here's the statement from the panel of judges. 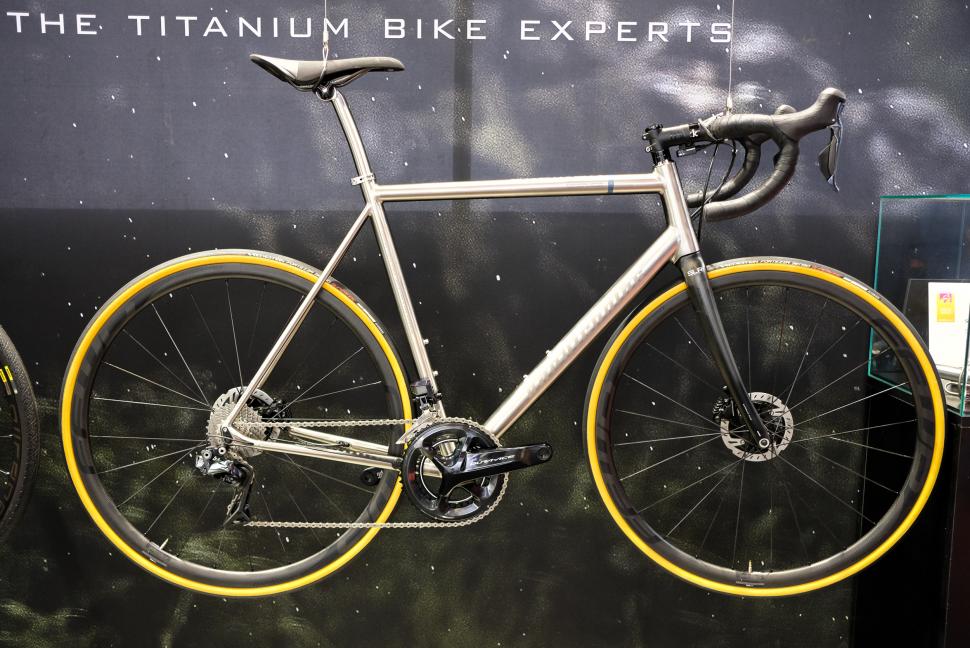 "The market for Titanium road bikes may be small, but the Skeiron particularly impressed us with its classic retro design and its unique integration of cables in the cockpit and frame. The price is also extremely attractive for a Titanium bike with disc brakes.”

1
Suspended sentence for cyclist filmed knocking over five year old in Belgium
2
Near Miss of the Day 550: Unmarked police car driver weaves through cyclists
3
Crowdfunded Superstrata 3D printed bike that raised £5 million on Indiegogo leaves backers disappointed
4
Low traffic neighbourhoods in London are not mainly introduced in more affluent areas, researchers find
5
Mavic discovers Mavic-branded fake wheels, buys some, concludes they "will lead to serious injury or death"
6
Devon cyclists to be given helmet cameras to help catch dangerous drivers
7
"Too ridiculous": Cyclist reports motorist for driving on the pavement... and is threatened with fine for 'cycling on the footpath'
8
Mathieu van der Poel's broken Canyon Aeroad bar could have been caused by collision with car, claims his father