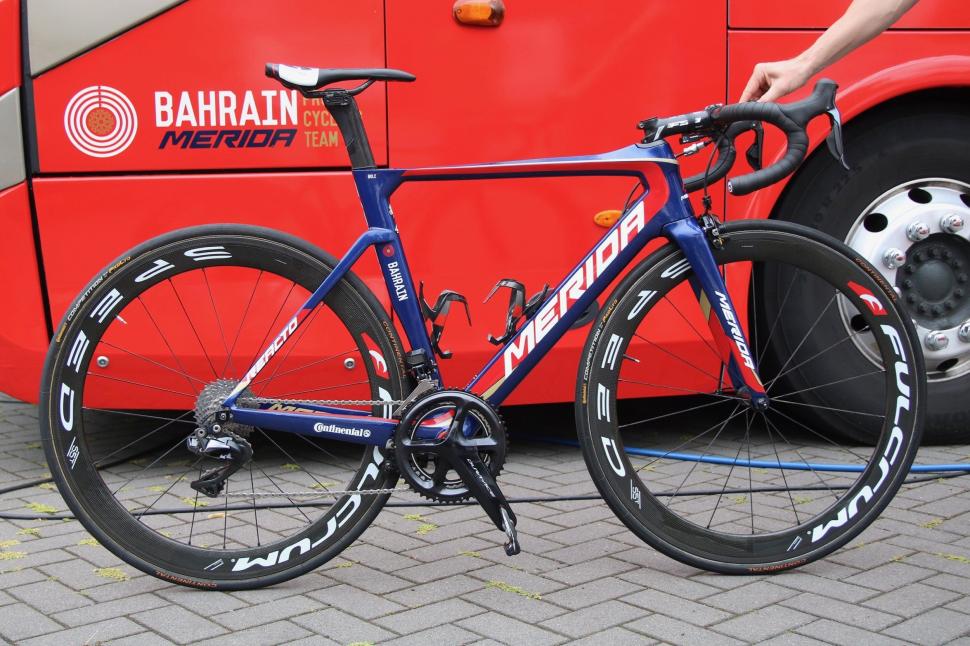 The Tour de France peloton is chock-full of new bikes most years and this time around a whole lot of them are aero road bikes. Bike brands can’t save any more grams because of the UCI’s 6.8kg minimum weight limit but they can gain an advantage by reducing drag, and that’s exactly what these eight new bikes are about, all of them only just announced or still awaiting official launch… 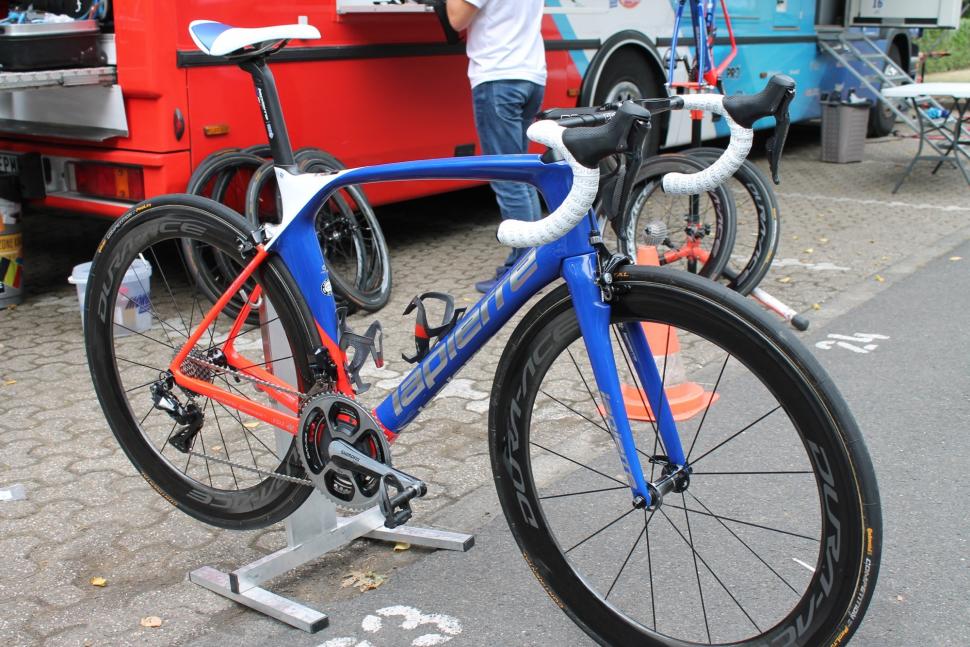 Lapierre has yet to launch the new version of its Aircode officially although it has been on the UCI’s List of Approved Models of Frames and Forks for a few months so it can’t be too far off. It is being raced in the Tour de France by Team FDJ riders. The new Aircode looks very different from the previous model. The seat tube curves much further around the leading edge of the rear wheel, for example, the seatpost is aero shaped, and the fork crown and headset bearing cap are integrated into the frame. The brakes are direct mount. We’ve yet to hear Lapierre’s aero claims but the new Aircode looks far more complete package than the previous version.

The BH G7 Pro, ridden by Direct Energie, is another bike that has yet to be launched although, like the Lapierre Aircode, it has been on the UCI’s list for a while.

Not surprisingly, the G7 Pro looks a lot like the existing G7 Disc, but with direct mount rim brakes. We suspect that BH never intended to launch a rim brake version of this bike but that the still uncertain future of disc brakes within the pro peloton forced the brand’s hand.

The GT Pro comes with a deep section head tube, an extended seatmast and seatstays that join the seat tube very low down. Giant has yet to launch the disc brake version of its Propel aero road bike which means we have few details on it yet, but it is already being ridden in the Tour de France by Sunweb’s Michael Matthews. The Propel appears to get the now standard 12mm thru-axles front and rear with flat mount disc brakes. There are clear differences between the rim brake propel and the disc brake version in terms of tube profiles. The down tube looks deeper, for example, and the top tube/ seat tube junction is more substantial. The other big change is the cockpit. Giant routes the cables internally through the handlebar and stem and from there into the frame and fork so as to reduce drag.

Find out more on the Giant Propel Disc here. 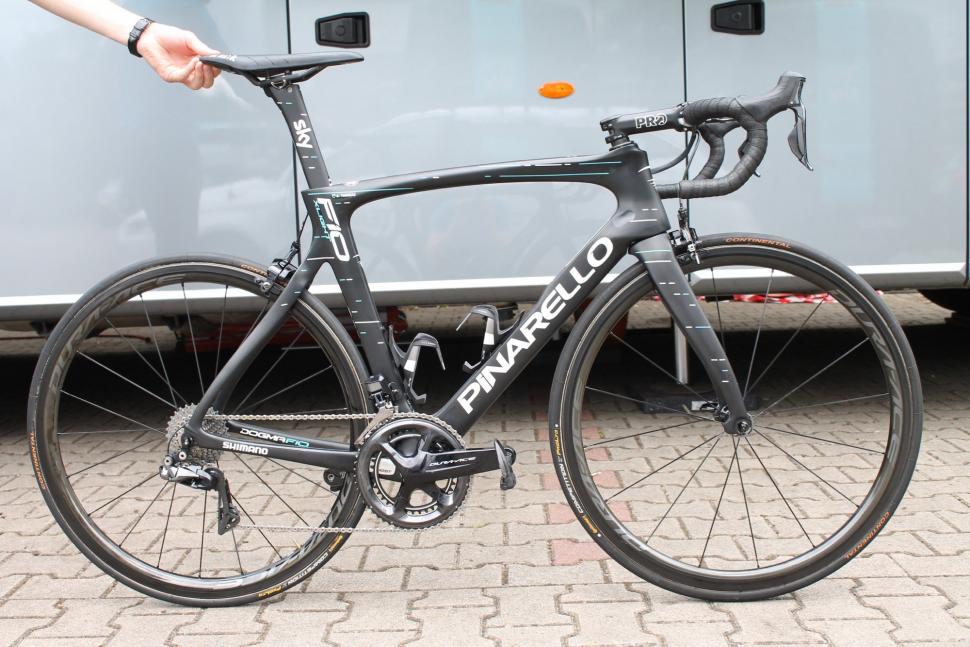 The Dogma F10 X-Light, as ridden by Chris Froome and Geraint Thomas, is yet another bike that has yet to be launched although it has gained UCI approval. 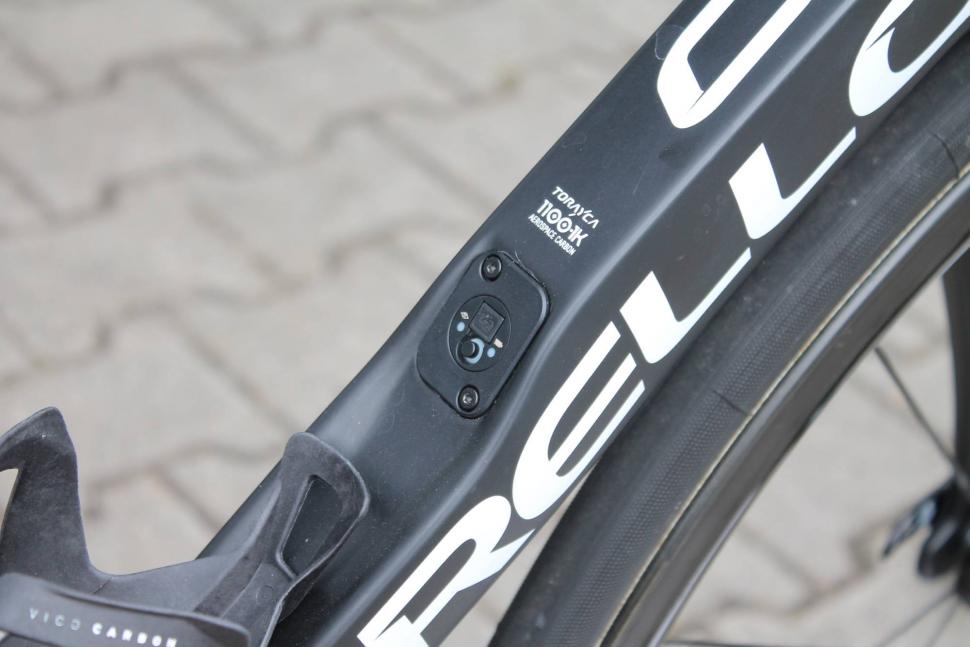 We suspect – it’s an educated guess – that the Dogma F10 X-Light comes out of the same mould as the standard Dogma F10 but that the carbon-fibre layup has been tweaked to produce a lighter frame that has a lower rider weight limit than normal. That’s what Pinarello did with the F8 X-Light last year.

Find out about the Pinarello Dogma F8 X-Light here.

And find out about the Pinarello Dogma F10 here.

Merida has just updated its Reacto to be, it says, lighter, more comfortable and more aerodynamically efficient than before. It has done this by slimming down the tube shapes and introducing a lower seatstay connection with the seat tube, among other things. 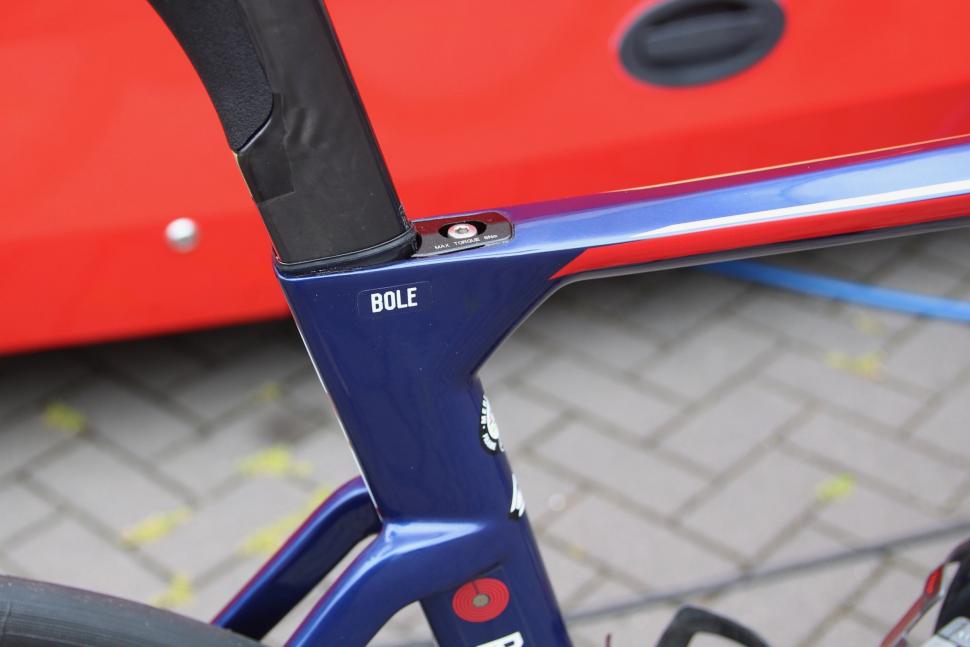 “If you do a solo ride with the new Reacto over 100km (62.5 miles), you save as much energy as riding the same distance with a traditional round-tubed road bike but drafting 30km of the whole distance,” says Merida. 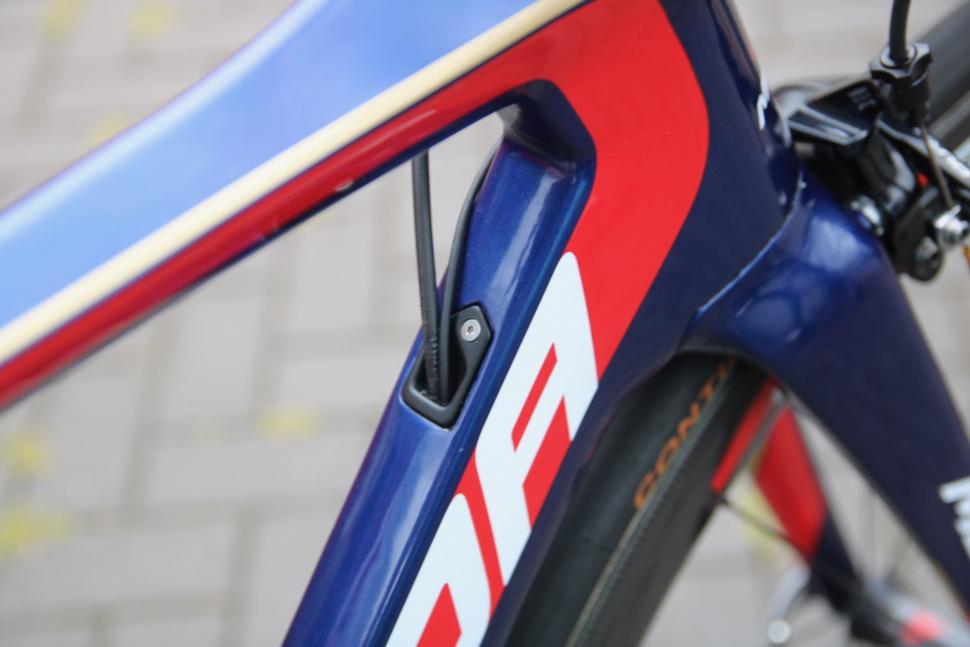 The bike is, of course, being raced in the Tour de France by Team Bahrain Merida.

Check out all the news on the updated Merida Reacto here. 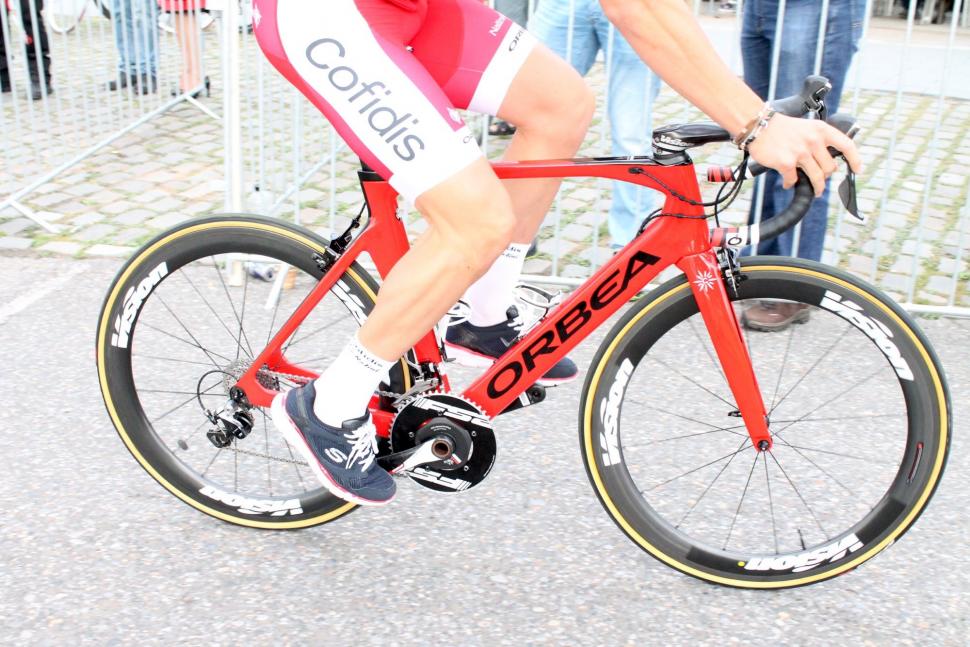 Orbea announced the new Orca Aero just a couple of days ago and it is being raced by members of the Cofidis team (pictured here at the team presentation ahead of the start of the Tour, hence the non-cycling shoes). Like many other new generation aero road bikes, the Orbea Orca Aero uses direct mount brakes. With no central mount point needed, this allows the designers to reduce the height of the fork crown and so improve the aerodynamics.

The huge down tube has a double radius profile with flattened sides that Orbea says improves air flow at higher yaw angles (so it’s more aero when the wind is coming from the side).

Find out about the Orbea Orca Aero here. 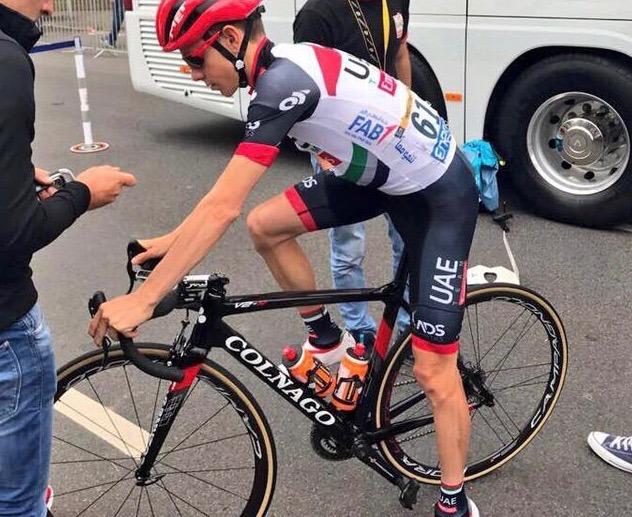 Some of the UAE Team Emirates riders have been riding the new Colnago V2-R in the Tour, a bike that was launched just last week. The Concept is the full-on aero bike in Colnago’s range with the V2-R a lightweight all-rounder with some aero features.

The V2-R retains many of the features of the V1-R and even the same frame weight (835g), although Colnago claims that the bottom bracket stiffness is up 13% and the head tube stiffness has increased by 4%. Colnago has redesigned the top tube and head tube junction and revised the cable routing, the cables now entering a central port on the top of the down tube. 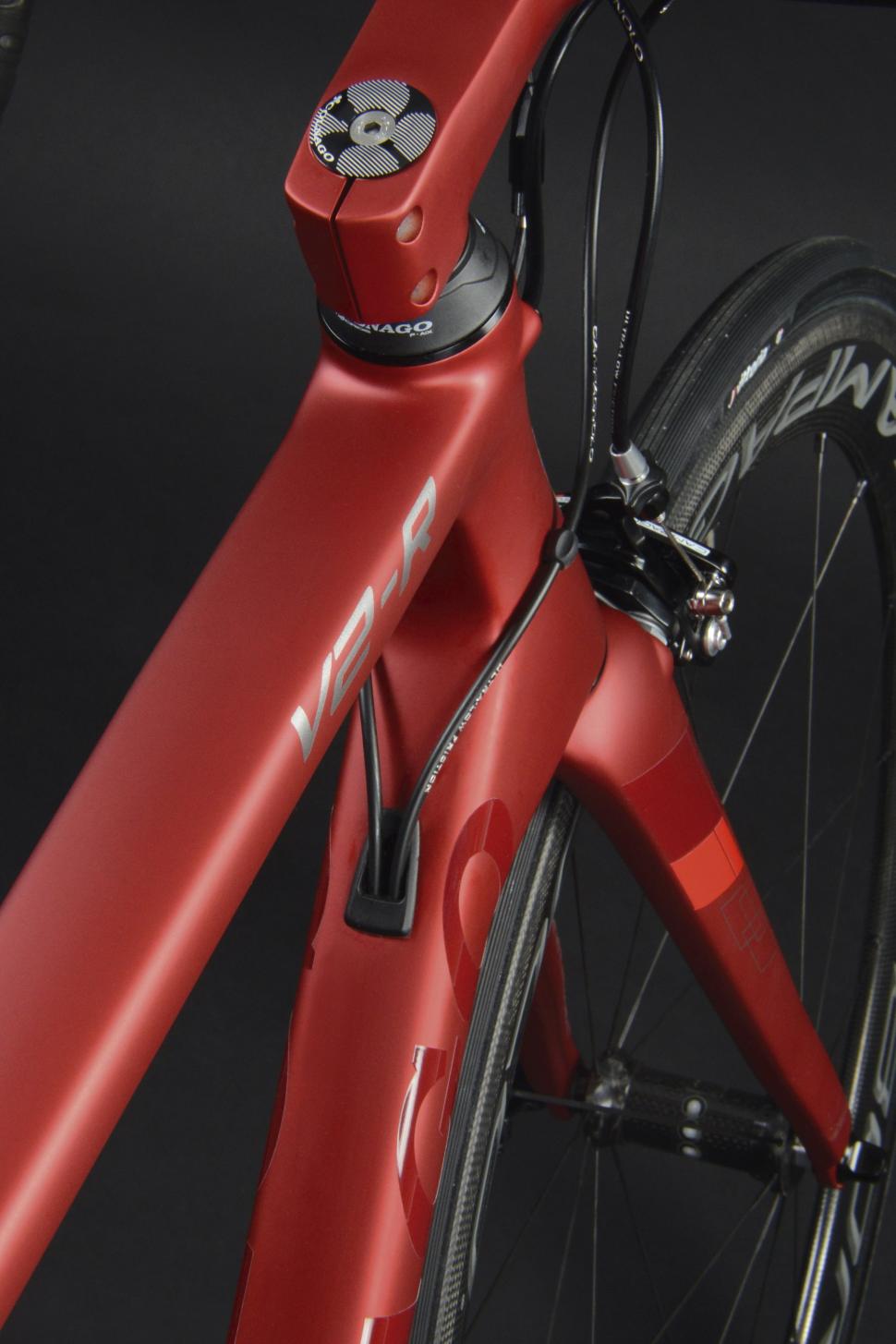 The seat clamp is now internal and another big change is the moving of the rear brake from the chainstay to the seatstay. That’s a good move in our books, as the cable routing on the old bike hampered the rear brake’s performance. 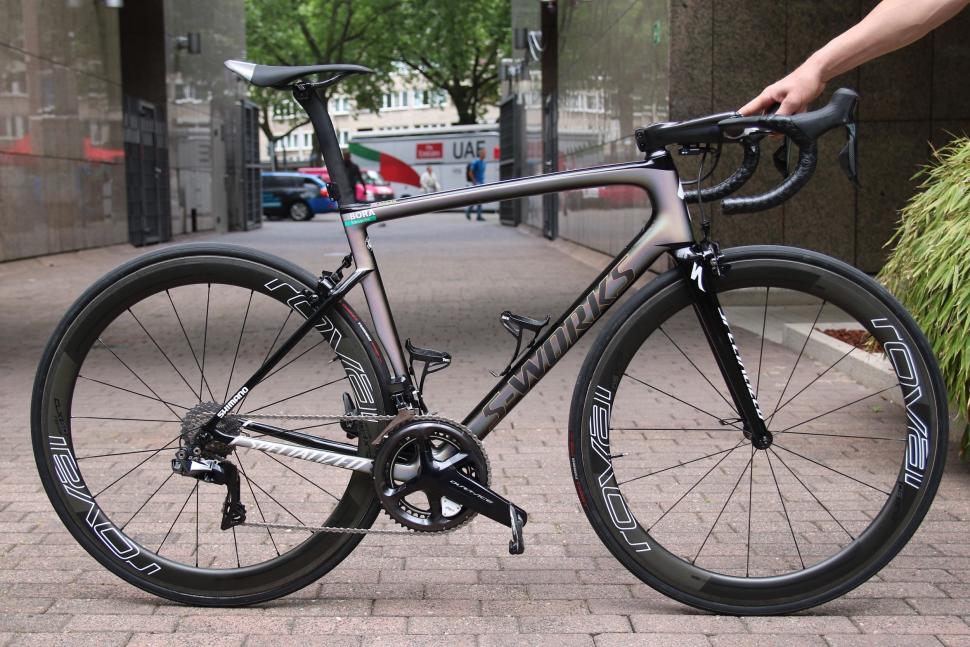 The Tarmac? An aero bike? Well, the Venge is certainly the true aero bike in the range but Specialized claims that the new version of the Tarmac, officially unveiled at the end of June, is faster than key rivals thanks to development in the company’s own Win Tunnel. Specialized says it has only added aero features where they haven’t added weight – the new Tarmac is considerably lighter than the previous version – or altered the stiffness. So there’s a new fork, dropped seatstays, and a D-shaped seatpost and seat tube. 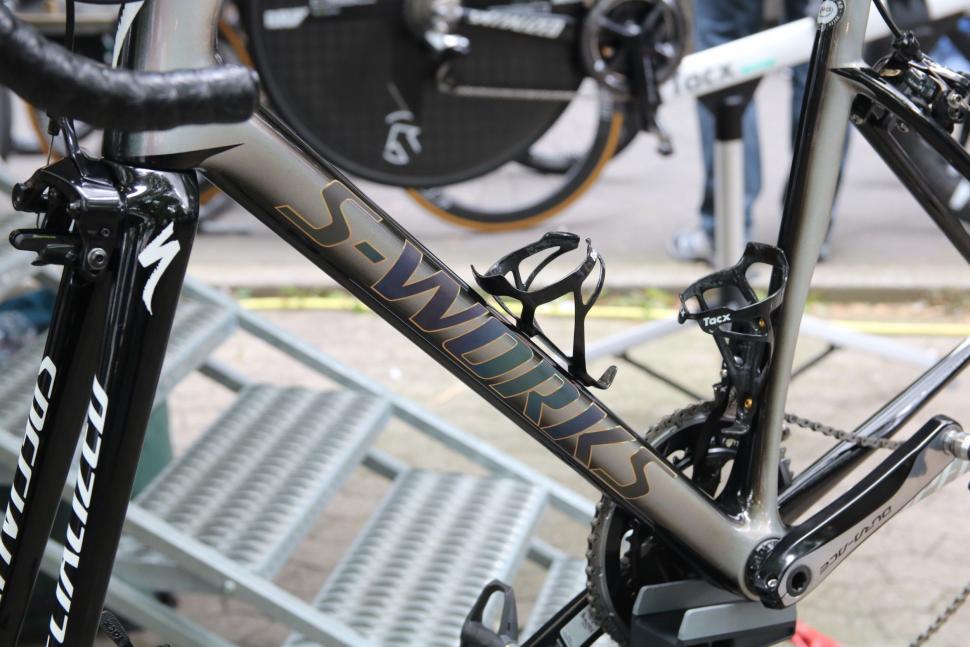 The new fork has truncated airfoil shaped blades. The crown height has also been lowered to reduce the frontal surface area, a move enabled by the switch to direct mount brakes.

Specialized claims the changes see the new Tarmac being “approximately 45 seconds faster over 40 kilometres compared to other lightweight bikes in the same weight category”.