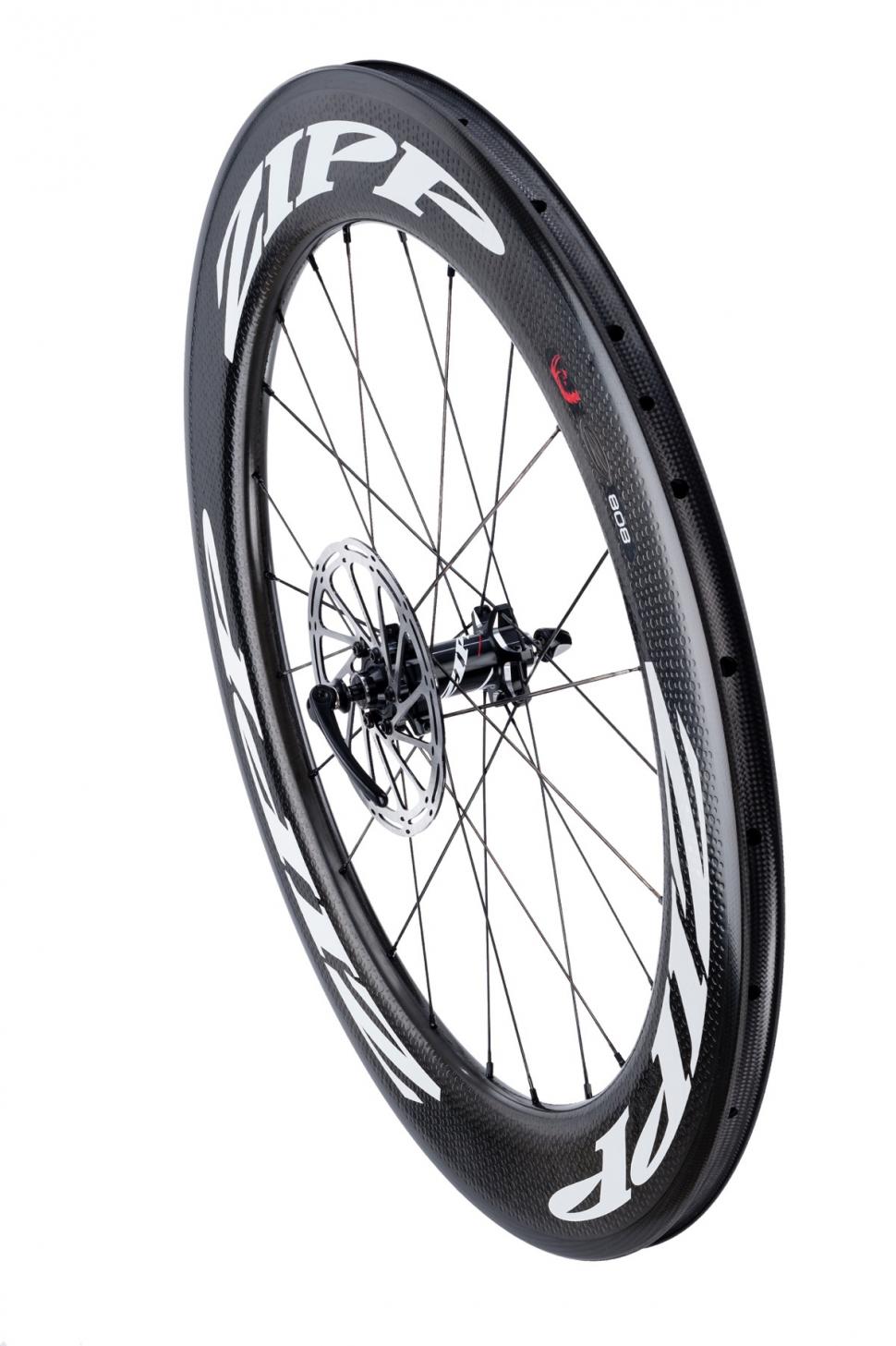 First up, Zipp has announced the introduction of new 404 and 808 Firecrest Disc-brake wheelsets that are available in both carbon clincher and tubular versions.

Read Your Complete Guide to Zipp Wheels here. Looks like we need to update that article now. 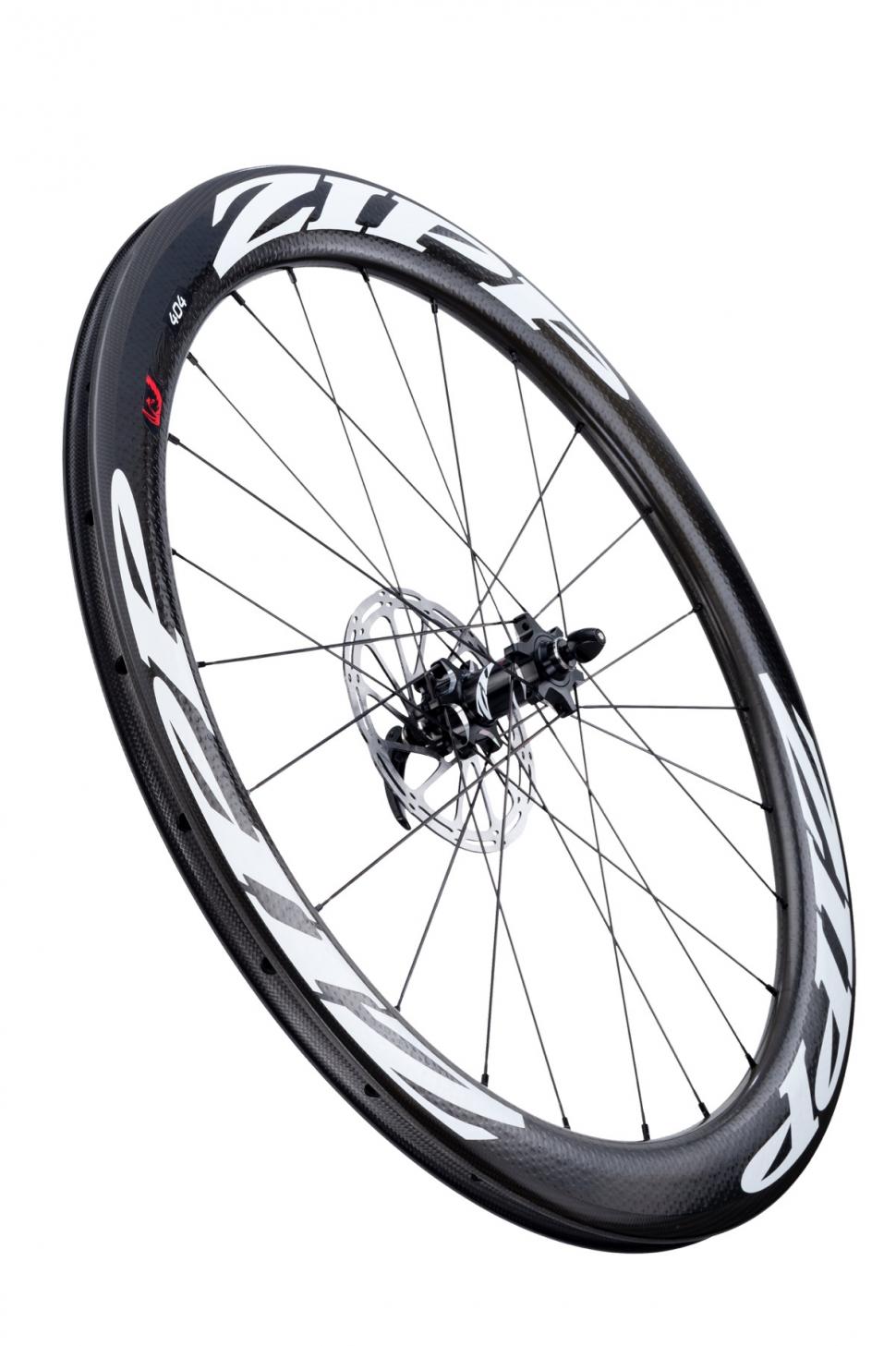 The 404 Firecrest is Zipp’s best known wheelset, seen everywhere from the cobbled Classics to pro triathlon races. The first of Zipp’s Firecrest wheels, it comes with a 58mm-deep rim and a wide profile nearly all the way to the spoke bed. The shape is designed to reduce drag at both the front and rear of the wheel (the tyre leading and the rim leading sections) and improve stability.

It looks like the Firecrest rim is unchanged (we’re trying to get some clarity on that) because the brake track remains, and that’s not something you’d associate with a rim made especially for disc brakes. 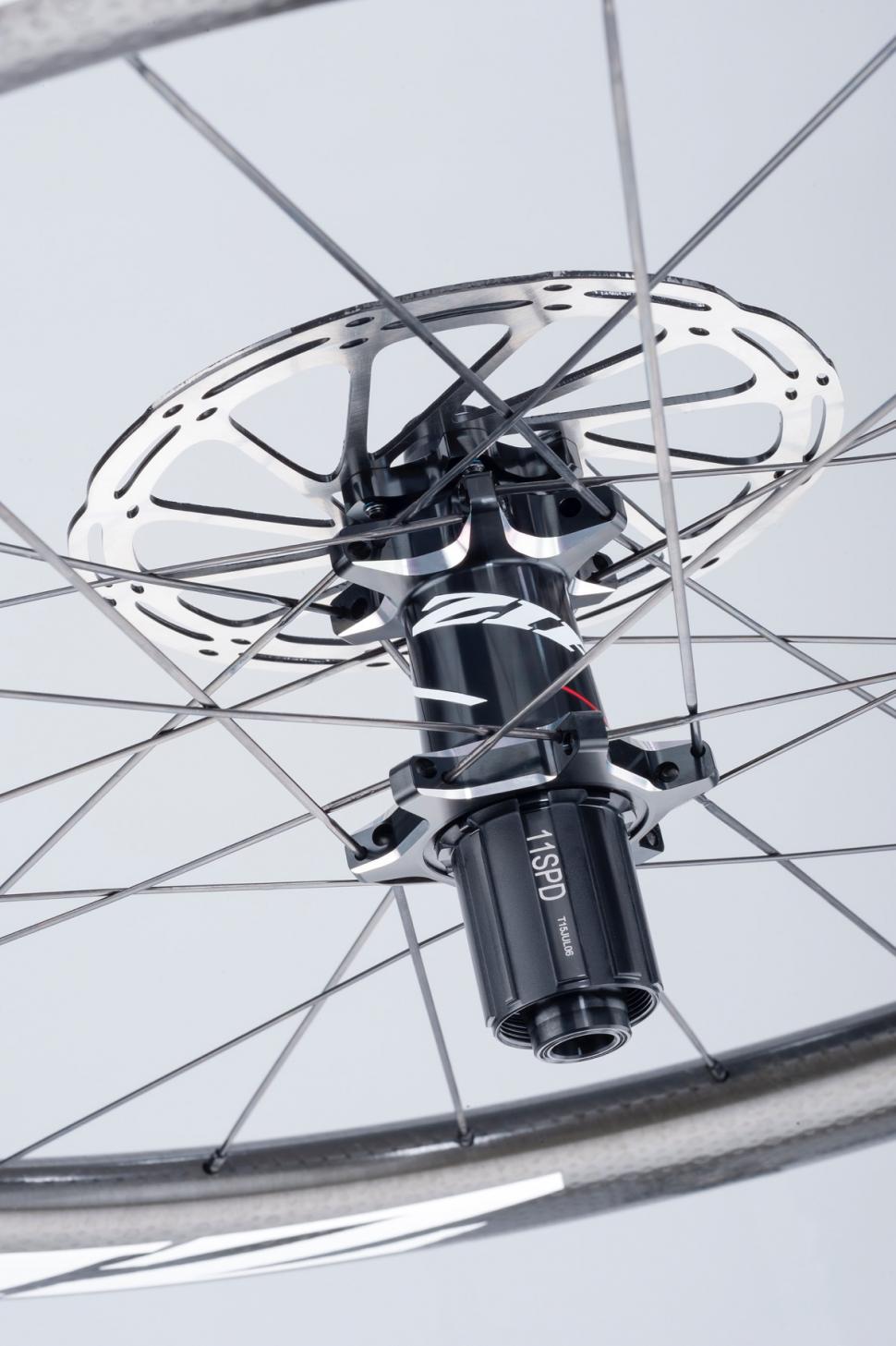 The 808 Firecrest Disc Brake wheels have 82mm deep rims so they’re less versatile than the 404s, although Zipp claims that this is the fastest disc-brake wheelset available.

They use the same Zipp 77/177D hubs as the 404s although the extra rim depth makes them a little heavier, obviously. Zipp claims the front clincher is 950g and the rear one is 1.025g.

As well as the usual black and white, both the 404 and 808 disc models are now available with red, green, blue or pink decals. These colour options are available on nearly all of the Zipp Firecrest wheels, but not those with a Campagnolo freehub body. Don’t ask us why. Maybe Campag users aren't into green.

Zipp hasn’t provided us with any information comparing the aero efficiency of the disc brake wheels with that of the existing rim brake wheels. “Our top engineers… incorporated improved aerodynamics, industry leading braking performance, and reduced rolling friction to produce the lightest, highest performance 303 wheelset Zipp has ever made,” according to Zipp.

“It’s built to take the abuse of everyday training rides. Zipp has achieved this reliability at a lighter weight with a revised carbon fiber layup developed through testing on the famed cobbles of the Arenberg Forest with the world’s fastest riders.”

So there you go. 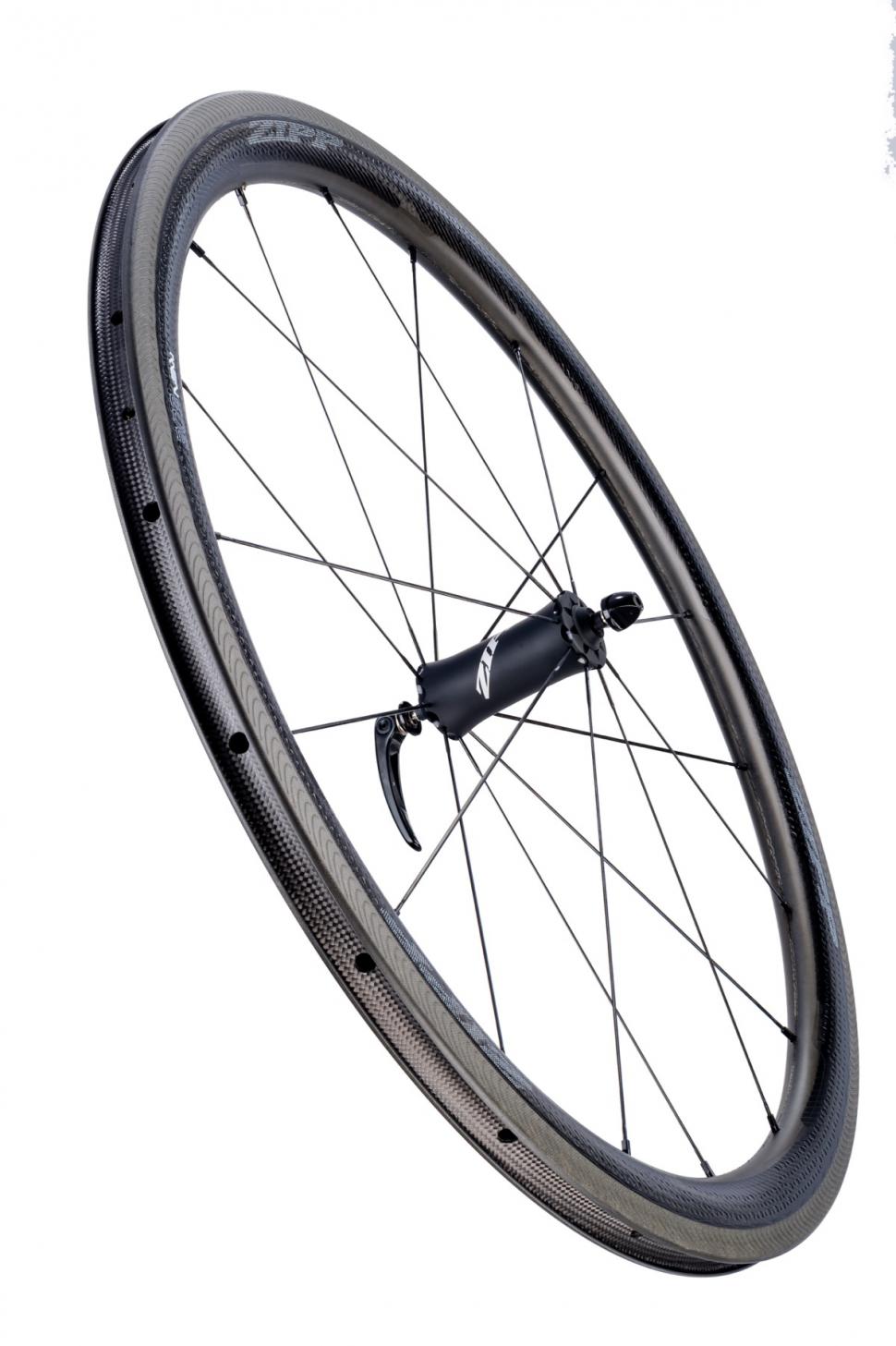 The rims are 45mm deep and they feature Zipp’s existing Showstopper brake tracks that are designed to perform well in both wet and dry conditions.

The ABLC Sawtooth dimple pattern on the surface is intended to reduce drag and improve crosswind stability. 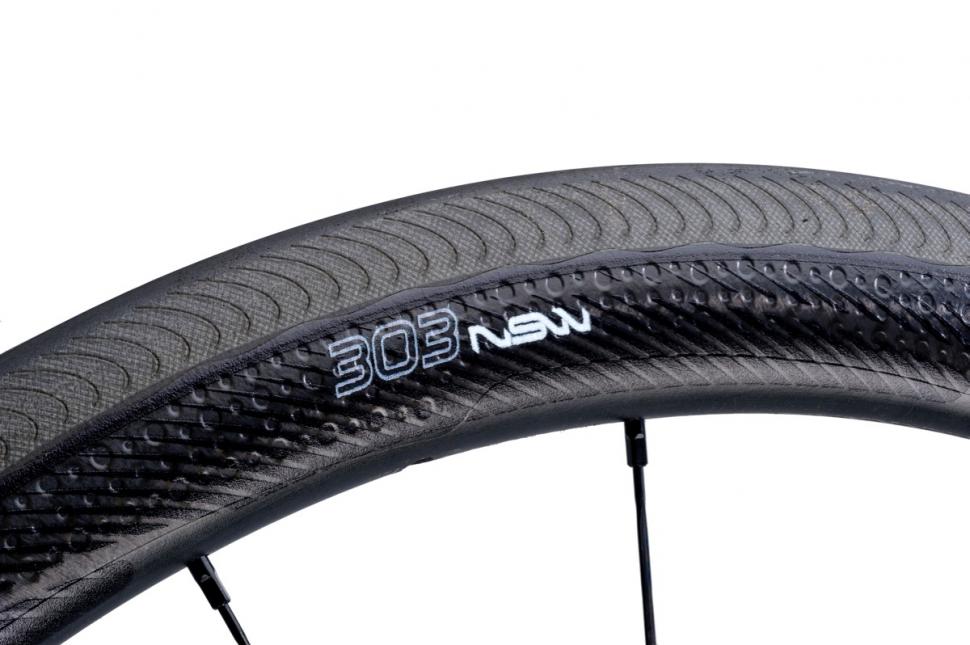 The Cognition hubset is designed to offer very low friction thanks to Swiss stainless steel bearings and Zipp’s Axial Clutch technology in the freehub. This means that the ratchet mechanism disengages when you coast and magnets are used to re-engaged it when you start pedalling again. Zipp reckons the Cognition rear hub has half the rotating friction as the best traditional three-pawl design. 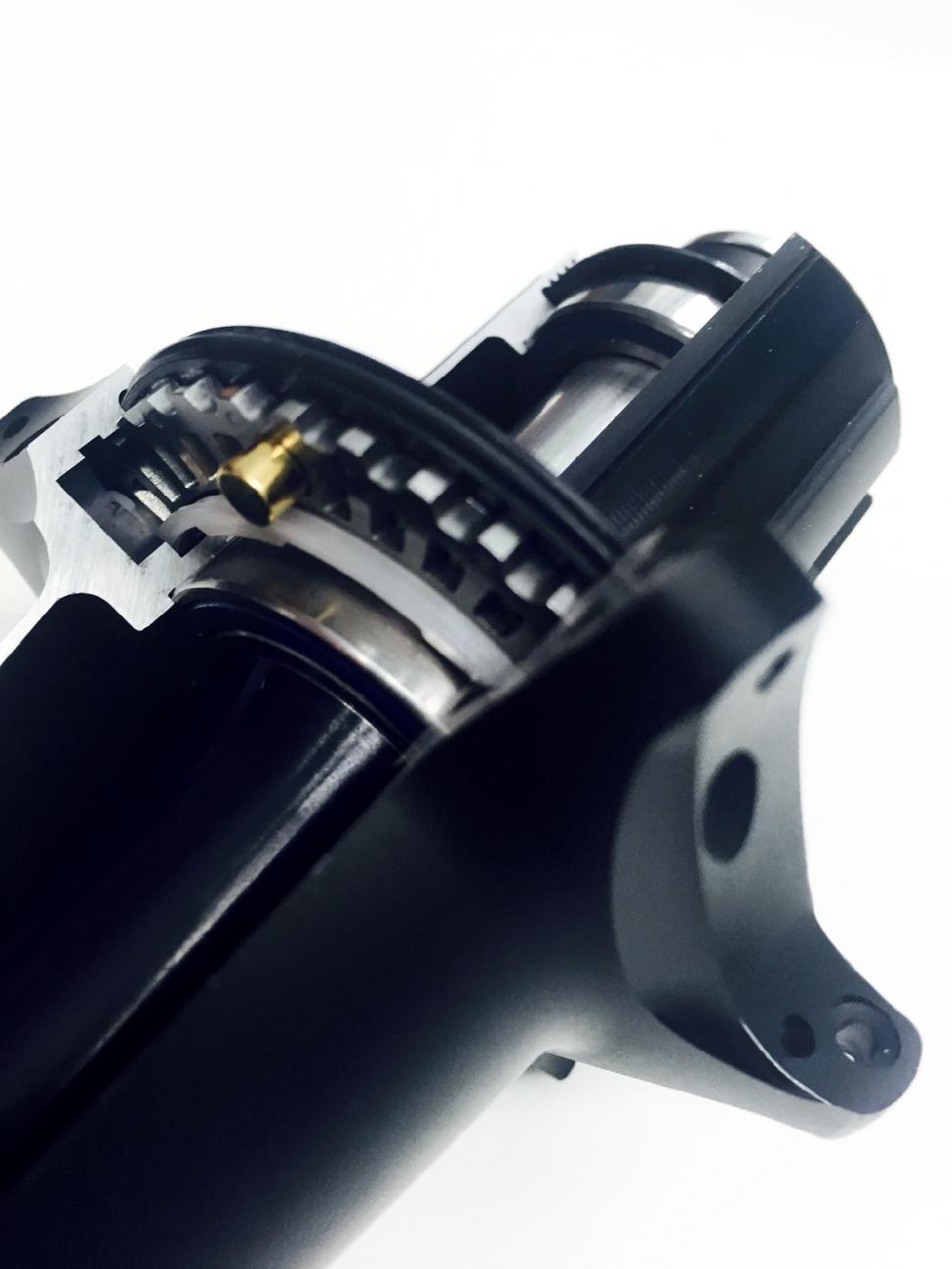 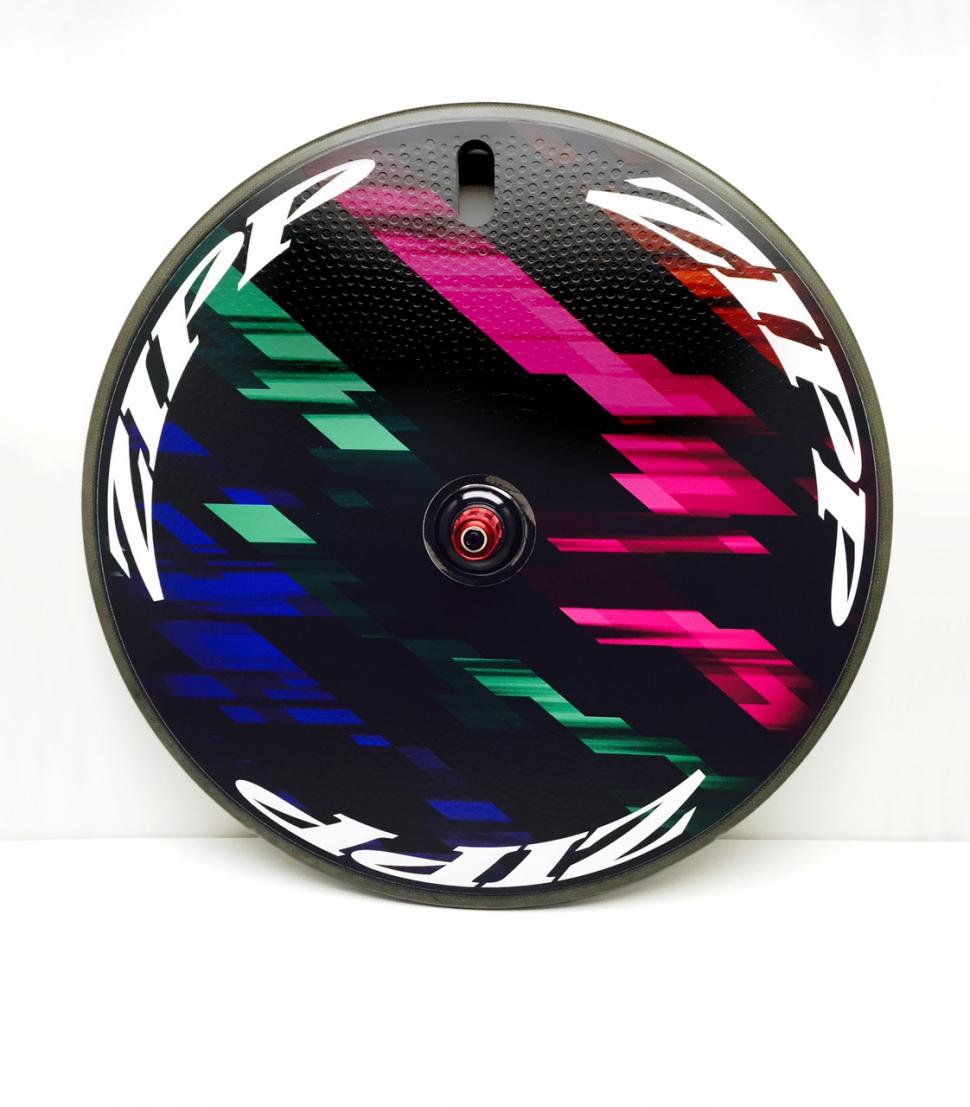 The wheel weighs a claimed 1,155g and will be available next month for SRAM/Shimano only at £1,625. 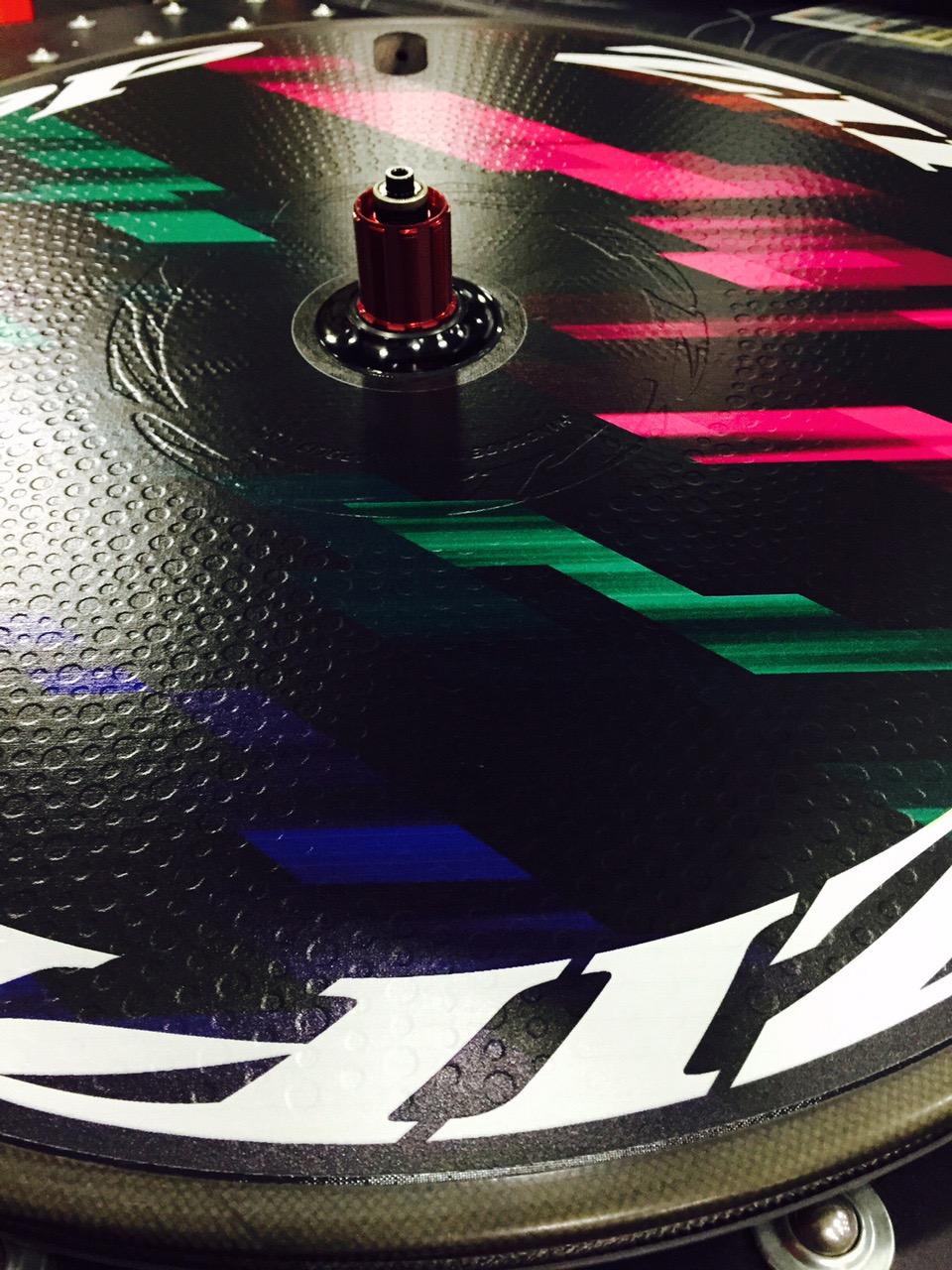 Our man Dave Arthur was at the media launch of the disc brake wheels at the end of last week so expect more details on road.cc soon.