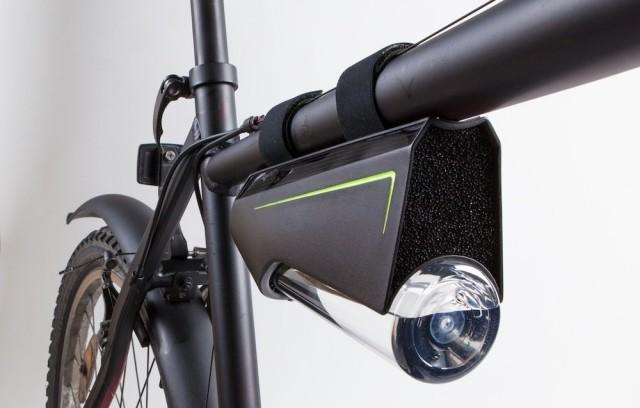 Have you ever been on a long bicycle ride and run out of water and wondered at that moment if anybody had invented a self-filling water bottle? Austrian industrial designer Kristof Retezár has done just that. He has developed the Fontus, a contraption that pulls in moisture from the air and turns it into clean drinking water.

The Fontus is able to collect moisture contained in the air and condense it into water you can then drink. It’s a simple design and is intended to be light and portable, and can attach to the top tube of a bicycle. It works by cooling a series of hydrophobic surfaces that repel the condensed water, which then flows into an attached bottle.

Here is a self-filling water bottle that turns air into drinking water.

It’s powered by an integrated solar panel and is claimed to be able to produce up to 470ml of water during an hour of operation. It can filter out larger objects likes flies and insects, and future versions will have a more advanced carbon filter that will be able to filter out small airborne dust.

"This is simply condensation of the humidity that is contained in the air," Retezár says. "You always have a certain percentage of humidity in the air, it doesn't matter where you are — even in the desert. That means you would always potentially be able to extract that humidity from the air." 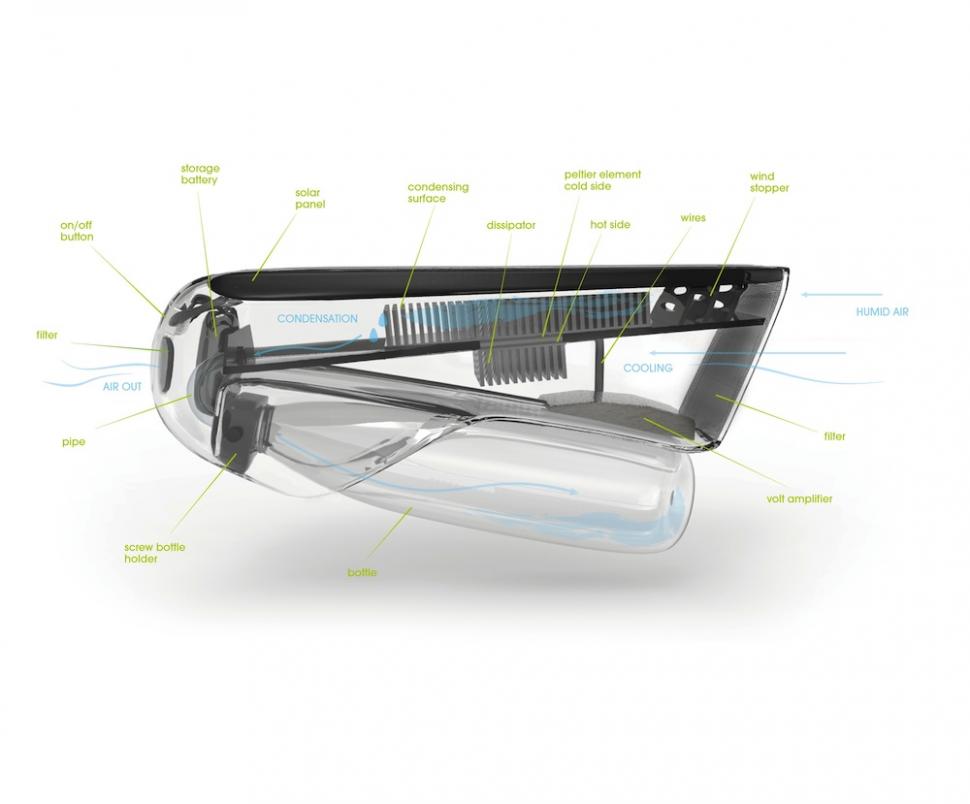 It apparently works best when the temperature is above 30°C and with an excess of 80% humidity. It hasn’t actually been invented for the sportive cyclist, though. It’s intended to help people in parts of the developing world where water is a scarce commodity.

The Fontus sounds interesting, and was even shortlisted for the 2014 James Dyson Award, and it’ll be launching on a crowdfunding website soon. It has a target retail price of $100.