A lot has changed in the cyclocross market since road.cc reviewed the Giant TCX in 2011. That bike had traditional cantilever brakes. Fast-forward to 2016 and this shiny new TCX SLR1, which we’ve just received in the office for testing, has a completely different frame but the biggest difference are the disc brakes. 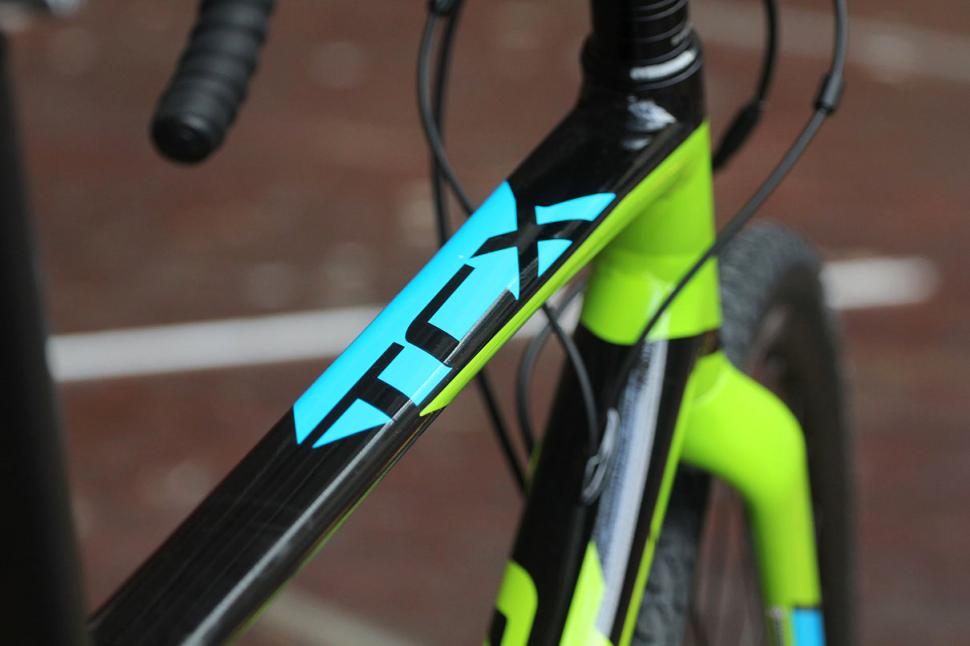 Giant has pedigree at world cup cyclocross racing, and it's been pushing disc brakes for a couple of years now. Its sponsored rider Lars van der Haar has been racing exclusively with discs, and was one of the first racers to win a world cup race on a disc-equipped cyclocross bike. His bike was a Giant TCX Advanced with Shimano hydraulic disc brakes and Di2.

The TCX SLR1 we've got here is the most expensive of the two aluminium SLR models in the range. It has a frame constructed from Giant’s own ALUXX SLR grade aluminium, coupled to a carbon fibre fork. There’s a 15mm thru-axle on that fork, but a regular quick release rear wheel. Some of Giant’s rivals have moved fully to thru-axles front and rear. A key feature that sets this new bike apart from the one we tested all those years ago is what Giant calls the D-Fuse seatpost. The seatpost has a D-shaped profile which is designed to provide a bit of deflection. And with integrated seat clamp, there's more seatpost outside of the frame available to flex under load. Giant has since taken this technology onto its Defy endurance road bikes.

Recognising that many people might be buying a cyclocross bike for a general purpose winter bike, the frame has hidden rack and mudguard mounts. You could race it on Sunday, and fit mudguards for the daily commute. There’s nothing to stop you changing the tyres to make it a fast road bike with a bit more capability, and a lot more mud clearance, than a regular race bike.

- Your guide to cyclo-cross racing

Other key details include full internal cable routing. That’ll be a bonus in muddy conditions as the gear cables are less likely to get gunged up.  The frame has a pressfit bottom bracket and you get a pair of bottle cage mounts. There looks to be stacks of mud clearance around the frame and tyres, so you could probably go wider than the fitted 33mm tyres if you wanted. 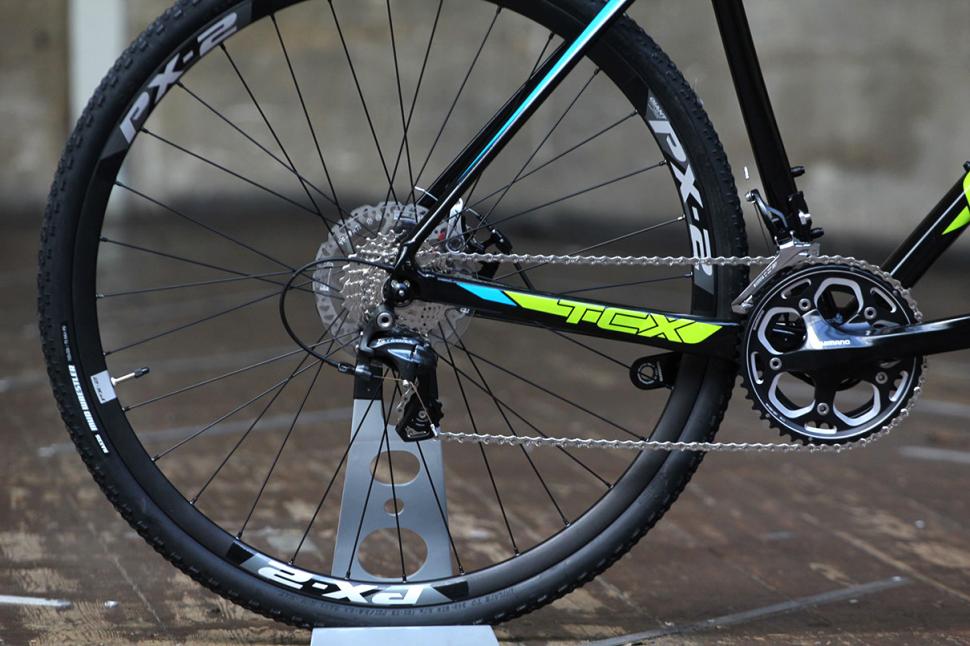 For your £1,249 you get most of a Shimano 105 11-speed drivetrain, with an upgraded Ultegra rear mech and a cyclocross-specific 36/46 Shimano RS500 chainset. That’s combined with an 11-28t cassette, which is an ideal setup for cyclocross racing. Though if you are setting it up predominantly for road, the top-end might be a bit lacking. 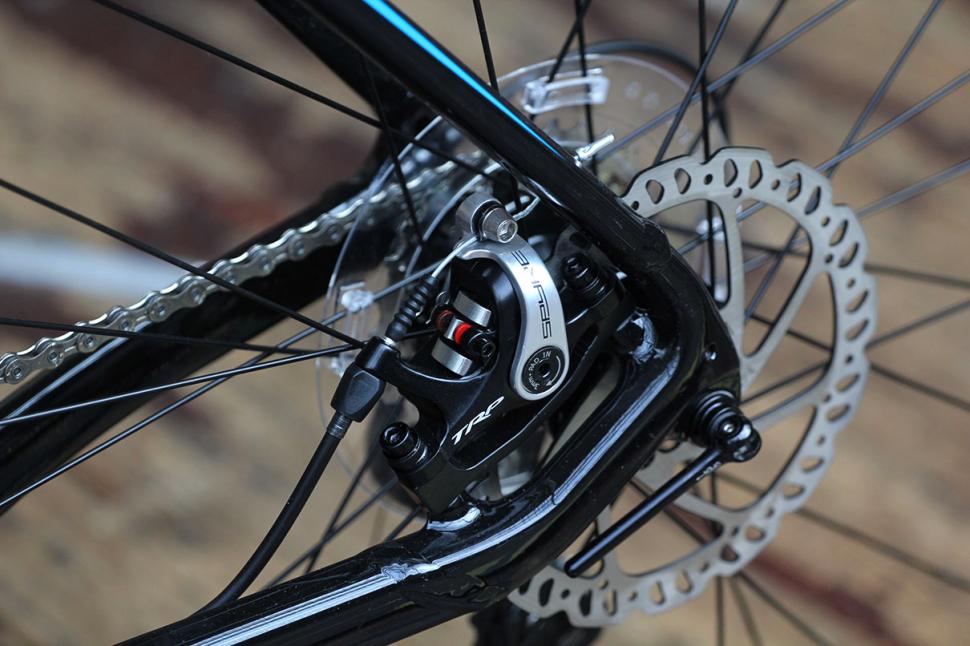 There’s a set of the excellent TRP Spyre mechanical disc brakes, using cables rather than hydraulics, with 160mm rotors at both ends. Giant’s own P-X2 Disc wheels feature sealed bearings in the hubs and are fitted with Maxxis Mud Wrestler 33mm tyres. They have a Kevlar folding bead to save weight. 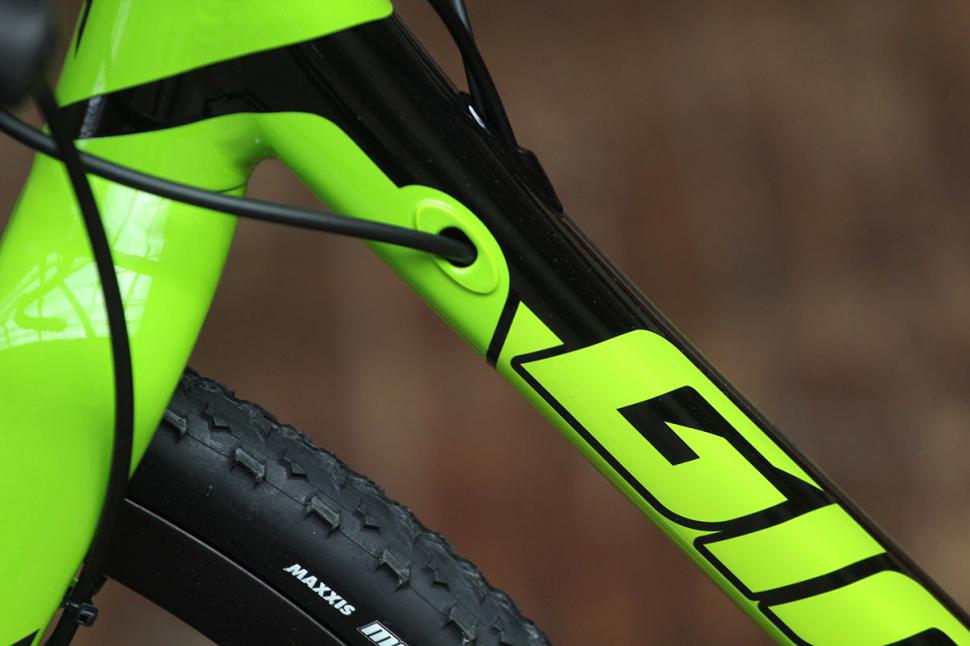 And as for the handlebar, stem, seatpost and saddle, that’s all Giant own-brand kit. Contact aluminium bars and stem, a composite seatpost and a Performance Road saddle.

With the cyclocross season in full swing, the TCX is being put through its paces, so watch out for a full review soon.