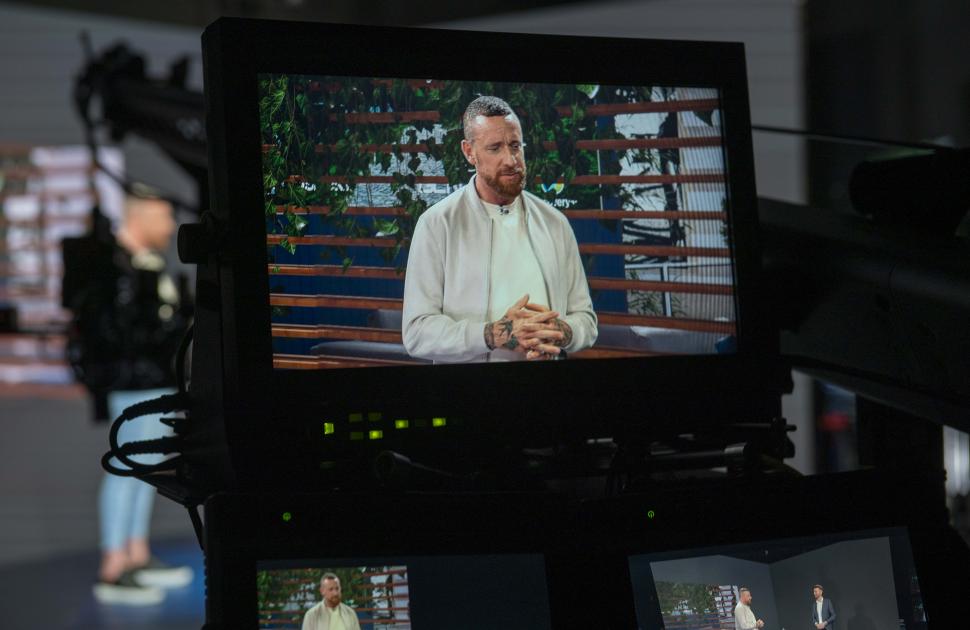 Sir Bradley Wiggins believes there is a place for time trial bikes to be ridden on open roads during training – but says riders looking to fine-tune their aero position need to keep their eyes on the road and should not become distracted by gadgets mounted on their handlebars such as heart-rate monitors and GPS devices.

We asked the five-time Olympic champion and 2012 Tour de France winner, who now works on TV as a Discovery Cycling Expert for Discovery and GCN, for his views on the issue, which has been the subject of debate in recent weeks following Egan Bernal’s horrific crash at the end of January while training on a time trial bike in Colombia at the end of January.

Fellow Ineos Grenadiers rider Tom Pidcock subsequently said that he believes it is too dangerous to train on a time trial bike on open roads, while four-time Tour de France winner Chris Froome suggested that they be banned in competition and that road bikes be used instead.

But speaking at Discovery's Year of Cycling Launch, Wiggins – a former world and Olympic time trial champion, of course – said: “I don’t think they should ban time trial bikes [in competition].

“Whether you should ban them on open roads … I think whatever your vehicle, or form of transport you’re in charge of, you have a duty to keep your head up and have awareness, really.

“So time trial bikes now by nature of the fact that they’re becoming more aerodynamic, positions are becoming more extreme and more aerodynamic and there’s a tendency now to have your head right down and at times looking at all the gadgets on your handlebars, power, heart-rate, all that, and keeping as aero as possible as if you were in a bike race with open roads, you’ve more of a tendency when training on open roads to take your eye off the ball, and oncoming vehicles and stationary vehicles, things like that.

“So I think there’s a fine balance, you know, you’re not in a bike race, you need to keep your wits about you in the same way is if you were in control on any open road on any form of transport.

“It’s not just time trial bikes in isolation, people have just as bad accidents on road bikes, on scooters, in cars, in charge of haulage vehicles, things like that,” he continued.

“It’s more the distractions that are there and are currently available to riders when in that time trial position or on road bikes – SRM, Garmins, heart-rate [monitors], GPSs, social media, things like that.

“So it’s distraction at the wheel, as it were,” Wiggins added.

Bernal was back riding outside this weekend for the first time since the crash that left the 25 year old with serious injuries including a fractured femur, kneecap and vertebrae.

The Ineos Grenadiers rider had been riding a time trial bike with his head down in an aerodynamic position when he crashed into the back of a parked bus.

Over the past two months, the Colombian has battled back to fitness and in recent days has posted videos to social media showing him back training with team mates – this time on a road bike rather than a time trial machine.

His crash sparked a debate about whether pro cyclists should train on open roads with time trial bikes, with his Ineos Grenadiers team mate Pidcock, who himself broke his collarbone last June when he crashed while training on his time trial bike in the French Pyrenees, saying that “more and more extreme” riding positions made it too dangerous to do so.

Four-time Tour de France winner Chris Froome, meanwhile, who had a near career-ending crash in 2019 when undertaking a recce of the time trial course at the Criterium du Dauphiné, suggested in a vlog that time trial bikes be banned in competition – although the Israel-Premier Tech rider’s idea was rejected as “bullshit” by Jumbo-Visma’s Wout van Aert.

Meanwhile the Bahrain Victorious rider Matteo Trentin has insisted that the problem isn’t with time trial bikes, but “the amount of people in cars today.”

Earlier this month, Land’s End to John O’Groats record holder Michael Broadwith, speaking on the road.cc Podcast, said that there was a need to train on time trial bikes on the road, but that needed to be balanced against safety of the rider and other road users.

“I think the onus would be you need to do that but still make sensible decisions about the road environment that you're facing.

"Yes we all want to prioritise aerodynamics... but we need to understand that we cannot responsibly prioritise that solely ahead personal safety. A because we don’t want to hurt ourselves, and B, it’s really important for the reputation of the sport that we’re not going around ploughing into things and crashing, we need to be safe.

“You would never ride a bike with a blindfold on, even if someone told you it was going to make you go quicker.

“Just dipping your head down and looking at the floor is bad decision making, and you've got to train yourself out of it,” he added.

You can watch live racing and original cycling documentaries on GCN+ by following this link.