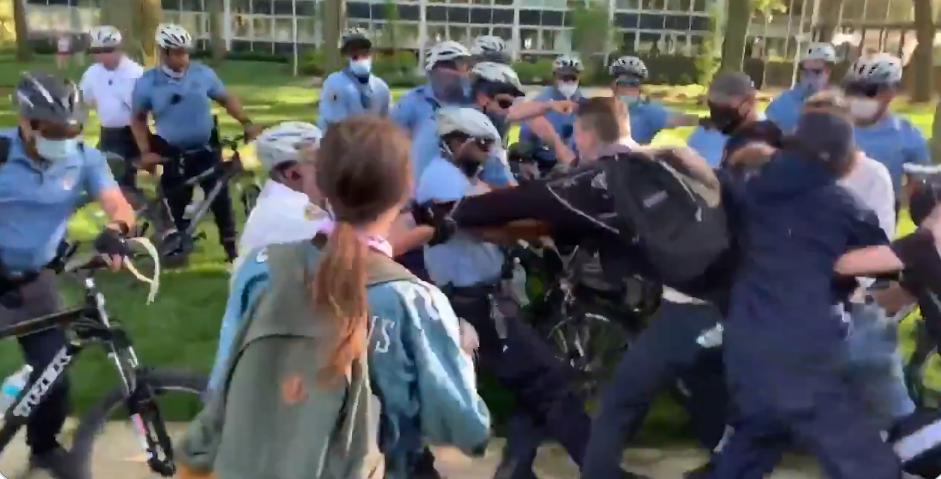 Brand instead outlines diversity programme including creating “1,000 cycling industry jobs for people of colour”
by Simon_MacMichael

Trek Bicycle Corporation has rejected calls to stop supplying US police forces after officers were shown using them as weapons during Black Lives Matter protests, insisting that “bikes can play a positive role by continuing to get officers out of cars.”  Instead the company says it will “create 1,000 cycling industry jobs for people of colour” and has outlined other initiatives aimed at promoting racial equality.

In a post on its website, the Waterloo, Wisconsin-based company said: “At Trek, we recognise we can do much more to work towards racial equity. We are dedicated to learning, changing, and taking action – and this begins with committing to a plan to address systemic racism. We believe Black lives matter and that Black, African American, and other people of colour throughout this country do not have the same opportunities that white people have.”

Besides the pledge to make working in the cycling industry more accessible to people from ethnic minorities, the company says it will:

Accelerate the activism of the Trek Family.

“This is a long road and every journey begins somewhere,” Trek added. “We have a history of doing the right thing, taking on the hard work, and producing meaningful results. Together, we can make a world of difference.”

In a separate statement, the text of which was posted to Twitter by cycling author and journalist Carlton Reid, Trek said: “Recently we have seen photos and video of Trek bikes that have been used by police in ways that are abhorrent and vastly different from their intended use.

“For over 25 years, we have seen police on bikes, out of cruisers and offices, building relationships in the neighbourhoods they serve.

“The past two weeks has turned the view of police on bikes from a community asset to a liability,

“A positive outcome of the recent protests is that we are starting to see real police reform being discussed at local and national levels.

“We believe bikes can play a positive role by continuing to get officers out of cars and armoured trucks and into the community where trust can be built.” 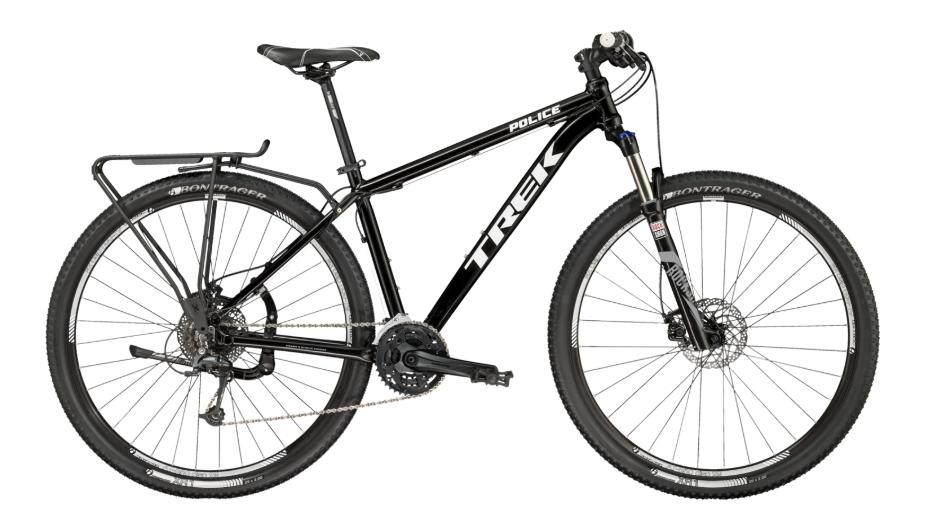 While major US bicycle brands Specialized and Cannondale do not supply law enforcement agencies, Trek and others that do have been strongly urged by campaigners to stop supplying police forces in the US after footage on social media showed police officers using their bicycles as shields and even weapons during Black Lives Matter protests across the country following the death of George Floyd.

On Friday, Fuji’s US distributor said that it had suspended supplying bikes to the police, and a Defund Bike Police petition calling on the cycling industry to “Divest from ALL police and secret service contracts including bikes, service and equipment,” among other things, has so far attracted almost 5,000 signatures, and there have been calls on social media to boycott Trek.

Ohh, I think these good ole boys forgot to tweet about their #gobybike with #trek! They’re having way too much fun on their Trek bikes beating heads and silencing 1st amendment rights #boycotttrek pic.twitter.com/jOUBHLZ48A

Trek has also come under pressure from within its own community to take “bold action,” with several members of the Trek Women’s Advocates initiative, which aims not only to assist in developing the company’s women’s-specific products, but also in addressing the all-round needs of female cyclists, addressing an open letter to the company’s leadership last week.

In the letter, copy of which has been seen by road.cc, they called for the company to “Acknowledge and support, publicly and financially, Black Lives Matter” and to “Specifically address the violence perpetrated and escalated by police on bicycles,” as well as to “Completely divest from police departments nationwide, [and] cancel all police department contracts,” among other things.

Writing on Trek’s blog last week, the company’s president, John Burke, said: “My opinion is that George Floyd’s murder signifies more than the raw police brutality African Americans have experienced for generations. Floyd’s death, and the riots that have ensued, signify in a greater sense, the growing disparity between the realities experienced by black people and white people across the United States.”

He said he hoped that “George Floyd’s murder should be a wakeup call to actually do something that will provide real hope and real change for millions of Americans who – the facts would tell us – have almost no reason for hope today.”

The six initiatives outlined by Trek are as follows:

Invest $2.5 million over ten years in a new retail management and bicycle mechanics training scholarship program to provide a career path for 1,000 people of colour to improve diversity within Trek Headquarters, Trek retailers, Trek stores, and the entire cycling industry. This scholarship will help make cycling more welcoming for people of colour and create an entirely new generation of leadership within Trek and the cycling industry.

Invest $5 million over the next 3 years to establish new bike shops in underserved neighbourhoods with the goal of building 50 stores in ten years using our DreamBikes model and lessons. Local bike shops are the heart and soul of the cycling community and we believe that stores in underserved neighbourhoods will improve access to bicycles and create jobs.

Provide funding for entrepreneurs of colour and existing Trek retailers to open shops in underserved neighbourhoods. We will invest in those who share our vision of a more diverse future and seek to enhance their local communities. Those interested are encouraged to contact us at Community [at] trekbikes.com.

Establish a scholarship fund to equip 25 NICA (National Interscholastic Cycling Association) teams of children from diverse ethnic backgrounds for the next ten years. The lack of diversity in professional cycling is in part due to a development system that lacks people of colour. The kids that are competing today in NICA are the future of professional cycling. Schools and organisations will have the opportunity to apply for this scholarship through NICA beginning this year.

Require all Trek employees to complete diversity and inclusiveness training provided by accredited external resources by the end of 2020. Trek will make this part of its onboarding process for new hires and will continue to update and improve this program so that we make sure that it is sustainable for the future. This training will make Trek a more welcoming environment for people of colour and ensure that we hire a more diverse workforce.

6. Accelerate the activism of the Trek Family

Trek employees will now have access to paid time off to volunteer for non-profits that build our communities. This will continue our efforts to promote and sustain a culture of philanthropy throughout the Trek Family that has the potential to make a difference in the lives of thousands of people.