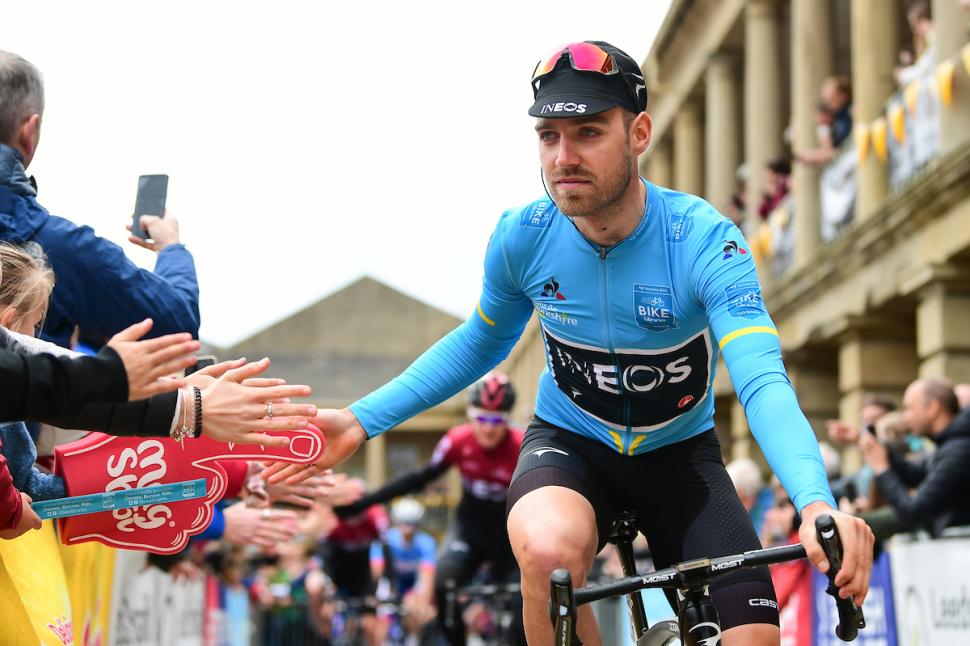 The Tour de Yorkshire , last held in 2019 with subsequent editions postponed due to a combination of the coronavirus pandemic and the collapse of Welcome To Yorkshire, the region’s tourism and inward investment agency, will not return – but plans are reportedly in place to replace it with a new one-day event.

Silicon Dales, a Lancashire-based company which earlier this year bought certain assets of Welcome To Yorkshire, including its interest in the race it ran jointly with Tour de France owners ASO, in partnership with British Cycling, had hoped to revive the race.

> Tour de Yorkshire: New hope that race may be back next year

But the Yorkshire Post reports today that discussions with the Paris-based media and sports events company have broken down.

Instead, it is hoped to stage a new event with the support of SweetSpot, the Surrey-based organiser of events including the Tour of Britain, the Women’s Tour and the Tour Series.

ASO however owns the rights to the Tour de Yorkshire name, meaning that any new event would need to have a fresh identity.

Robin Scott, owner of Silicon Dales, told the Yorkshire Post: “We couldn’t have tried any harder to get agreement with ASO for the Tour de Yorkshire event, but we needed a partner on the delivery side who wanted the event to go ahead in future.

“In SweetSpot, who organise the Tour of Britain, we have found a partnership which will be good for Yorkshire.”

The Tour of Britain is due to visit Yorkshire this year for the first time since 2009 this September with a stage from Redcar to Helmsley, and Scott hopes that the relationship with SweetSpot, which has not yet been formalised, will lead to more top-level racing in the region.

“We expect Yorkshire to achieve the same number of televised cycling days in 2023 as in 2019,” he said.

“In 2024, we’re hoping to deliver a marquee event for the region which evokes a similar energy to the amazing 2014 Grand Départ we remember so fondly.”

It was not reported whether plans are for a one-off event or one that aims to be a regular fixture on the racing calendar, but comments made by Hugh Roberts, chief executive of SweetSpot, suggest it may be the latter.

He said: “The very first edition of the modern Tour of Britain in 2004 had its roots in Yorkshire so we are delighted to be renewing our partnership with Welcome to Yorkshire for years to come, which can only benefit the whole cycling community in the region.”

Launched the year after the region hosted the Grand Départ of the Tour de France in 2014, the four-day Tour de Yorkshire men’s race, as well as the women’s event – originally a one-day race, but later expanded to two – quickly became among the best supported bike races in the world in terms of supporters lining the roadside.

But misuse of expenses and allegations of bullying employees against chief executive Sir Gary Verity – who brought the Grand Départ to the region – tarnished Welcome To Yorkshire’s image and he resigned in March 2019, six months before Harrogate hosted the UCI Road Cycling World Championships that he had fought hard to secure.

Following his departure, a number of the local councils throughout Yorkshire that funded the agency withdrew their financial support – some also questioning the value of hosting high-profile cycling events – and the agency collapsed, entering administration in March this year.