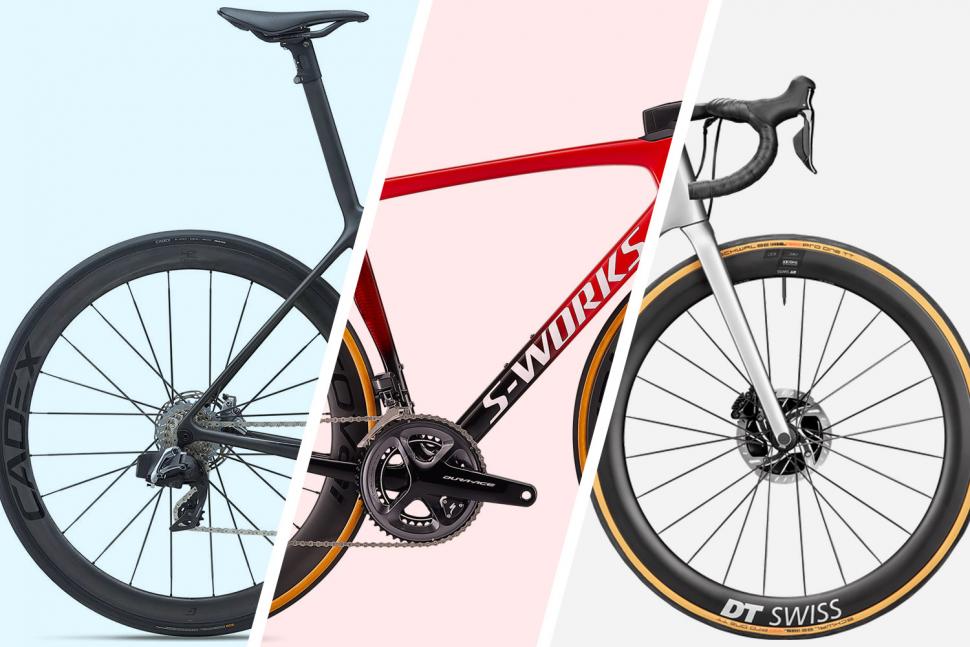 The forecasted price rise on bikes due to the current climate seems to be starting as coronavirus, rising costs and currency fluctuations start to bite
by Liam Cahill

Several major bike brands have increased prices on their 2021 bikes, with Specialized citing difficulties and increased costs within its supply chain – while Giant say price rises on their TCR Advanced range are due to currency fluctuations, increased logistical costs, cornovavirus, and to bring their prices more in line with similar models on their other frame platforms.

For Specialized the move results in a jump in prices of up to 12% and affects both road and mountain bikes, but it seems that not all retailers will be passing the extra costs onto the customer.

Cast your mind back to February of this year when the Coronavirus outbreak was becoming a global pandemic. We reported on early fears that the closure of factories in China and their strict quarantine rules would have huge knock-on consequences for the bike industry.

Added to this is the fact that, in England at least, the first national lockdown saw cycling increase in popularity thanks to a combination of quiet roads, the desire of many to stay off public transport, and some good weather.

The combination resulted in a boom in bike sales along with bike shops being inundated with bookings for bicycle repairs, and it seems that the consequences of such a high level of demand are starting to be felt.

Specialized and Canyon have begun to increase prices with Canyon upping certain models by up to 10%. It is normal to see price increases in line with yearly inflation, but it is the scale of some of the price increases that are quite surprising and it's worth noting that these price rises aren't restricted to the UK.

“We’ve seen incredible growth in the demand for bikes over the last few months. The Covid-19 pandemic has truly sparked the cycling revolution. Whilst this is great for our sport, it has led to some challenges in meeting this increased demand. Our entire supply chain is facing unprecedented difficulties, leading to more complexity and increased costs. We are also investing heavily to increase production and maintain stability. This has led to adjustments to some prices as we set ourselves up to better meet the needs of more riders.”

We first heard reports of the price changes on Friday, when a road.cc reader contacted us to say that their local bike shop, with whom they had placed a pre-order for an S-Works Tarmac SL7 frameset, had been informed that the price had risen by £500, from £3,750 to £4,250. The reader was more than slightly annoyed as the pre-order had been placed a while ago and a deposit on the frameset paid.

When we asked Specialized for a response on this point, it said that while Specialized UK sets recommended retail prices, they do not determine anything at a store level – so the shop decides the actual price charged.

Under the 2015 Consumer rights act (and the one it replaced) your contract is always with the shop that sells you something, not with the manufacturer. It is also worth remembering that once you've paid for them you've entered into a contract for the goods at that price - whether you've received them or not.

> Britain's bike shortage: why you should buy your next bike now – a road.cc special report

According to the Consumer Rights Act 2015 (Chapter 2, section 5.2(c)), a customer has also entered into a contract with the retailer if “the consumer pays or agrees to pay the price.”

So if you’ve got money down on a bike that has just become more expensive, then you should only have to pay the price that you were quoted when putting down your deposit. This is only void if the contract stated that the final sale price was subject to change.

While our source’s situation appears to suggest that some retailers have already increased their prices in line with the new RRPs, it seems that Certini, a Specialized Concept store, is currently discounting the newly priced bikes back down to their original levels while Evans Cycles, CycleStore, Tredz, and Rutland Cycles have all increased their prices by varying levels on Specialized's 2021 road bikes.

Giant says it has around 200 bike lines – including ebikes and its Liv women’s brand – and a spokesman told us that it has increased prices on 12 of these.

The new Giant TCR road bike range was launched back in early April, just after the start of the first UK lockdown, and prices have now increased by £100 on the more affordable models and £200 on the higher level options. Giant claim this brings TCR prices in line with those of equivalently specced bikes on the brand's other frame platforms .

Giant says that these rises are mostly down to currency fluctuations and increased logistics costs at every step along the way over the seven months since the prices were initially set, a period in which the economic consequences of the Coronavirus have been felt worldwide.

Read our review of the Giant TCR Advanced Pro 1 Disc

We hear that other brands will increase bike prices soon, but we checked Cannondale, Trek, Boardman, Cube and Merida and at the time of publishing none of these had raised their prices.

Given the times we're living through and the interruptions to both manufacturing and distribution supply chains, price increases are to be expected, and bike brands putting their prices up mid-season – or even just after launch – has been seen before. It happened after the financial crisis in 2008, for example, and rippled through to 2009.

The COVID 19 pandemic has caused massive disruption to the world economy. For bike companies that has meant interruptions to their supply and distribution chains caused by lock downs and quarantines across the world – initially in China where much of the world’s bikes are made and then across all the markets those bikes are being shipped to in Europe, and North America. During the 2008 financial crash a number of the big bike companies essentially froze production freeing up factory slots for smaller outfits. This time around high levels of global demand mean that is not going to happen. In 2020 bike companies are desperate to get more bikes to market – the problem for them are all the hurdles put in the way as a consequence of the pandemic. Put those two things together and it’s not surprising that prices are going up.

The new prices (in bold) are as follows for the road range. We have included the previous prices where we can.

If you have noticed any major price rises, please let us know.