Coronavirus could cause delays to the delivery of new bikes and components this year with many big suppliers reporting supply chain disruption as a result of temporary factory closures and quarantine rules in China.

Coronavirus has potentially major implications for the bike industry where much of the labour is concentrated in the Far East. That's not just China. Taiwan, Vietnam, and Cambodia, for example, are big players and they frequently rely on raw materials and parts from China. Any effects of the outbreak in China will be felt worldwide by big brands and even smaller boutique outfits.

One major bike manufacturer has already rescheduled the launch of a top-end model from March to April because of concerns about supply (we're unable to mention the brand because of a press embargo on the new product), and another has told us off the record that although supply looks okay for March and April, the effects of coronavirus are likely to have an impact on May/June stock because of the lack of a couple of components from China holding up the entire production. Even if just a small part of a component comes from China – a spring, say – that could affect supply.

SRAM's Director of Manufacturing Asia, Joao Pires, said that coronavirus is having an impact on supply but that it remains limited at this stage.

"Presently, SRAM is operating on standard 30 day lead times," he said. "We have not determined if these lead times will be affected, but we will inform customers immediately if they are. We have several contingency strategies for limiting any impact on our supply chain."

One of Shimano's factories in the Far East was closed for three weeks as a direct result of coronavirus, but it's open again now and for the foreseeable future.

Merida told us that although these things are not completely predictable, at this stage it seems unlikely that coronavirus will have a major impact on the delivery of 2021 product to the end consumer, although it is possible that delays could be felt within the bike industry. If the brand were to hold a press launch for a new bike in the summer, for example, getting samples on time could be an issue.

Tom Marchment of Hunt Bike Wheels said, "By volume 97% of our components are made in Taiwan and all the wheels are assembled there, so we're nowhere near as affected as those with products made in China.

"For the 3% made outside of Taiwan we have seen delays on components affecting two of our wheel lines of approximately two or three weeks. All carbon prepreg is either made by the rim makers in Taiwan or sourced from Japan or South Korea, and spoke wire comes from Sweden. Much of the raw alloy is sourced for Australia. "Freight seems to be moving well and Taiwan has a very low number of cases of coronavirus at present – similar to the UK level. Obviously, this could change so we are keeping abreast of the situation and we are in regular contact with suppliers to see how they are doing. Of course, we are close friends with many of them so we are concerned for their health too."

One brand told us off the record that all of the Chinese factories that it uses are currently working, but not at 100% capacity because of travel restrictions. That could have a knock-on effect on bike and component delivery to the Western world. If a shipping container is only 60% full, say, because of reduced production, it isn't going to sail – it'll stay where it is until it's full.

Even where production levels are normal, interruption to transport links within China could also delay supply.

“Bafang wants to inform their customers about the consequences of an officially ordered business shut-down," the company said. "Following a governmental statement from the city of Suzhou, all corporations have to keep their offices and production sites closed for another week after the traditional Chinese New Year festivities.”

Bafang also said that it couldn't rule out longer delays in the supply chain if Chinese authorities took further measures.

Taiwan's A&J Bicycles, one of the world's largest original equipment bike makers, has also reportedly warned customers of possible delays because of the coronavirus outbreak in China. A&J supplies many big bike brands.

According to Bicycle Retailer and Industry News, CEO Jon Edwards said the situation in China could lead directly to delays in production even at A&J factories in other nations. It has facilities in Taiwan, China, Vietnam, and Cambodia. 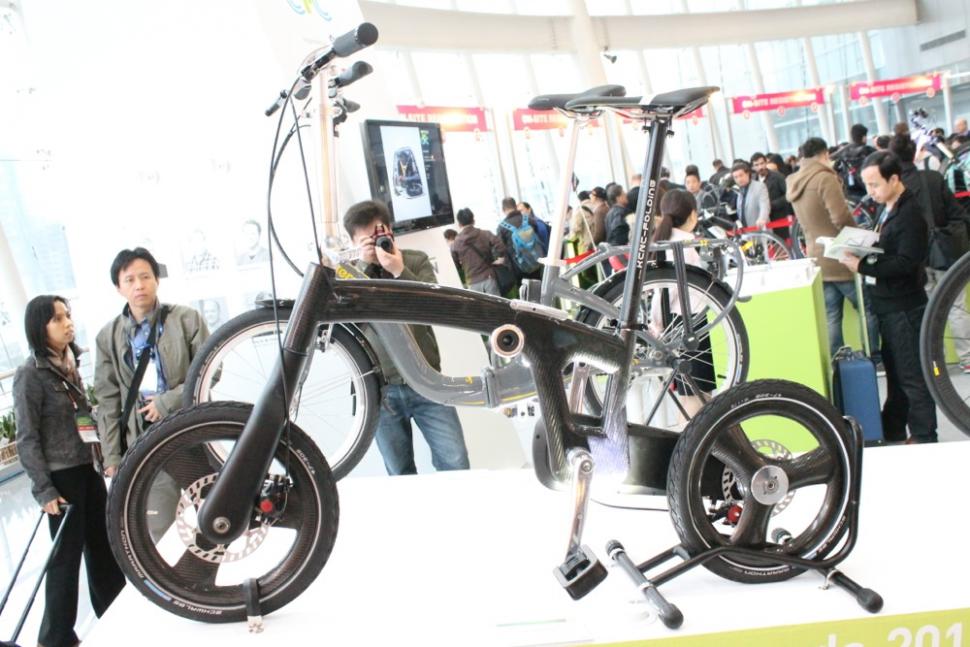 Coronavirus has also resulted in the rescheduling of the Taipei Cycle show which was due to take place 4-7th March 2020. A number of travel and freight restrictions left many exhibitors unable to travel or ship exhibition stands and sample goods to the show and as a result it has been delayed until 14-16th May. That's subject to the further development of the outbreak, of course.

"More than 80% of all companies report that the coronavirus crisis has an impact on [availability and economic activity]," said Zweirad-Industrie-Verband. "Around 30% expect delivery delays of 1-3 weeks and more than 60% of 4-6 weeks.

"While delays in delivery can be expected at the beginning of the season, subsequent deliveries could also be affected in the middle of the year. Nevertheless, the industry expects backlogs to be made up over the course of the season."

We've contacted a whole load of other bike brands and will update this story as and when they reply.