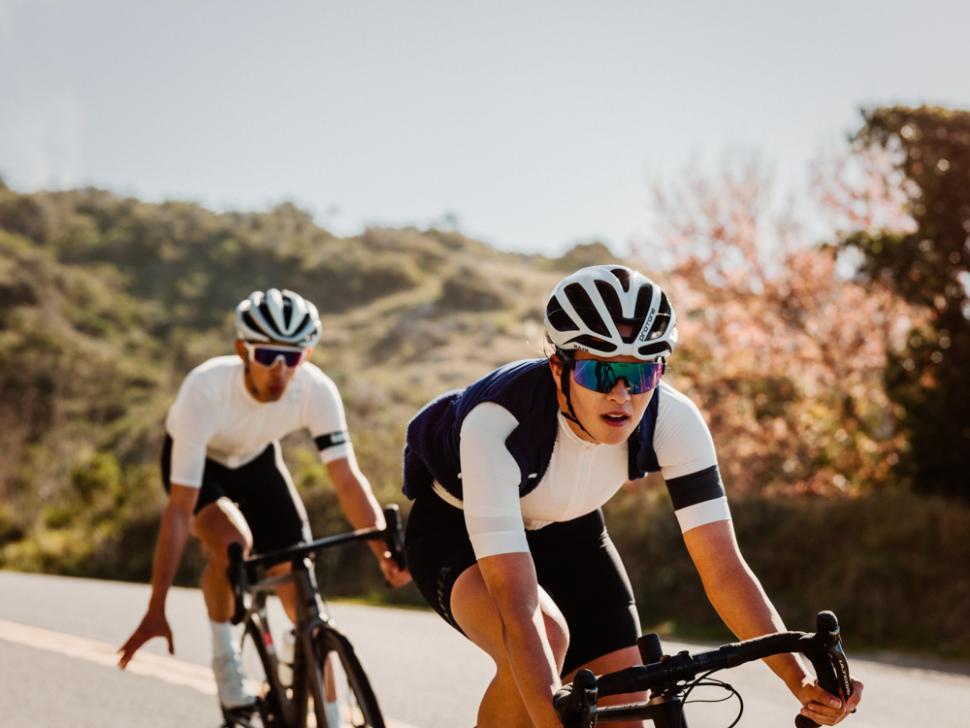 Rapha has refreshed its range of sunglasses with two new road models, an update to the Classic model and a brand new Explore model. Each new design get’s Rapha’s new Rose lens technology which they claim boosts contrast, “hazards in the road easier to see and easier to avoid.” The new lens tech replaces the Carl Zeiss lenses that Rapha used to use.

The new lenses also incorporate “military-grade anti-fogging” with Rapha saying that this gives you a “guaranteed a clear view during the toughest efforts and in any weather conditions.” Rapha claims that to “mitigate the blurring effect of rainwater and road spray, we have treated our lenses with a highly effective hydrophobic coating which causes moisture to bead and roll off the surface of the lens.”

All four new models are made from an injection moulded Grilamid plastic which Rapha says provides strength and flexibility. Each model also gets Megol arm grippers and interchangeable nosepieces.

The new sunglasses range follows a broadly similar pattern to what we’ve previously seen from Rapha, though this is the first range refresh that we’ve seen. That range now consists of a framed and frameless design for road cycling, alongside the style-focused Classic glasses. The City design is out in favour of the all-new Explore model, creating a specific off-road and adventure riding model. 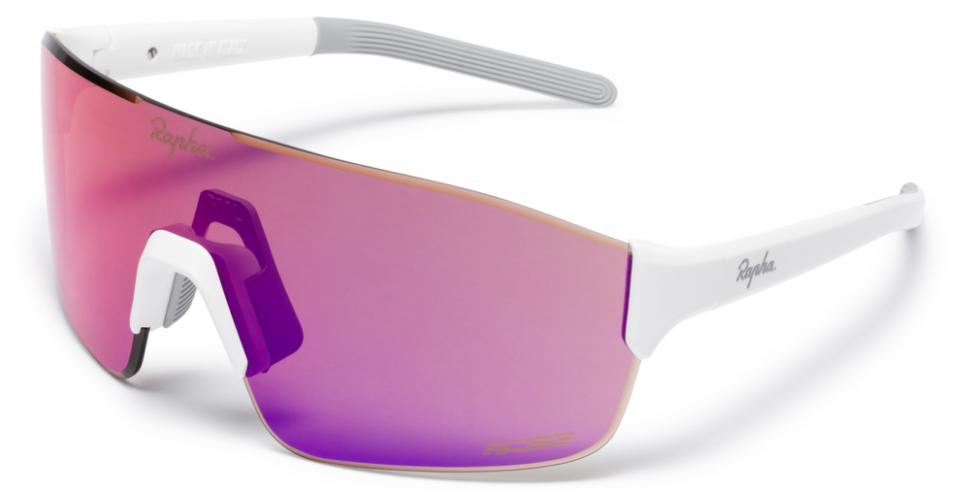 The Pro Team Frameless sunnies look like they’ll be picking up where the Pro Team Flyweight glasses left off. The weight is still impressively feathery at a claimed 28g with a focus on coverage and field of view.

The Carl Zeiss lens that we saw on the Flyweight model is replaced by the Rose lens which Rapha says “helps you see clearer and plot the racing line.” Other features include snaplock hinges, an interchangeable nose piece and chamfered lens edges. 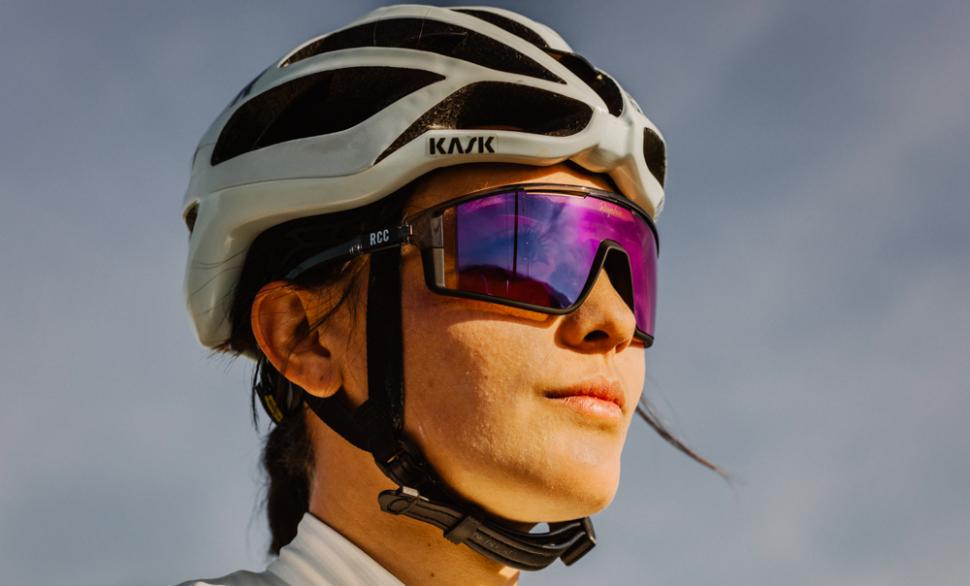 “The Pro Team Full Frame Glasses are designed for stability during the toughest efforts, with a wrap-around lens that extends high on the face to provide a wide field of vision in the drops or on the tops.”

The Pro Team Full Frame comes with a second clear lens and there is also an RCC colour scheme available to RCC members. 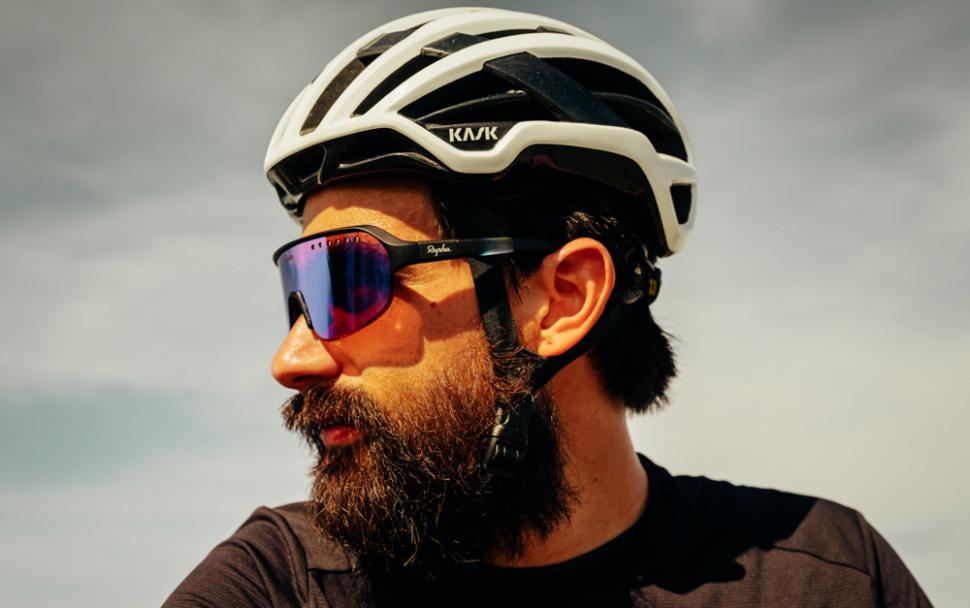 A brand new design, the Explore Glasses are aimed at gravel and adventure riders. According to Rapha, the new Explore model is designed to keep your line of sight clean which is “is never more important than when you’re riding off-road, on varied terrain, in and out of sunlight, from dawn until dusk.”

Rapha says that the Explore sunnies have been designed without a lower frame section to give you a better view of the terrain. A detachable strap allows you to hang them around your neck while ventilation holes in the lens have been added for those slow-speed climbs.

The Explore Glasses come in more muted ‘gravel’ colours and there you also get a clear lens in the box for night-rides. 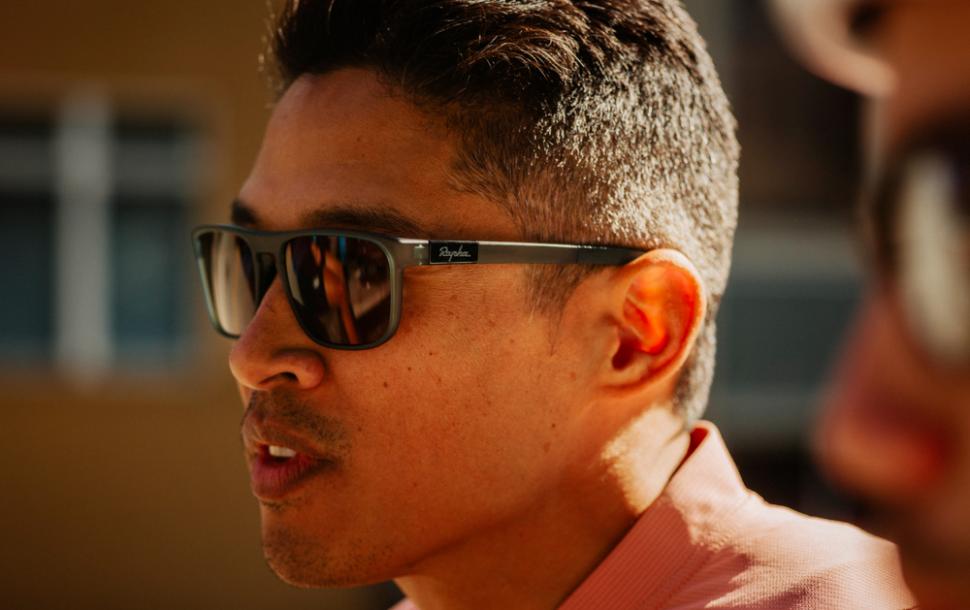 The Classic design has also been given a design refresh with a more subtle wrap-around style.

Like the Pro Team models, the Carl Zeiss lens is gone in favour of Rapha’s Rose lens, with two nose pieces for different face shapes.

Accompanying the new design and new lenses is a new price, with the Classic Glasses coming down to £90 from £195 when they were launched in 2015.

Rapha also says that the lens can be removed for prescription ready needs.