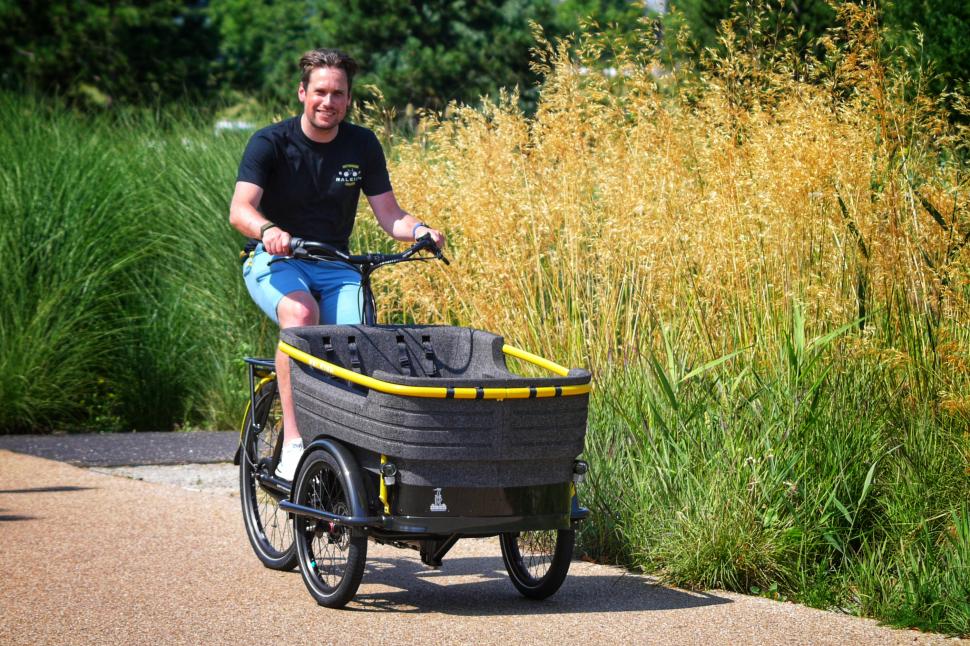 Accell Group, the Netherlands-based owner of brands including Raleigh, is being sold to a private equity-led consortium for €1.6 billion, with the planned deal coming hot on the heels of rival Pon Holding’s acquisition of Cannondale parent Dorel Sports, which completed earlier this month.

The deal announced today is worth €58 per share – double their value prior to the coronavirus pandemic, reports Reuters – and is seen as a punt on future growth in the e-bike market in particular.

In a press release issued this morning, Accell confirmed that a consortium led by KKR – formerly Kohlberg, Kravis & Roberts, whose $25-billion leveraged of Shredded Wheat maker RJR Nabisco in 1988 was chronicled in the book Barbarians At The Gate – had agreed to buy the Heerenveen-based business, which also owns brands including Babboe, Batavus, Koga and Lapierre.

Current management, led by CEO Ton Anbeek, will remain in place following the expected completion of the deal, which has the backing of Accell’s major shareholders.

He said that under new ownership, the group would be able “to accelerate the roll-out of our existing strategic roadmap, enhance our global footprint, explore suitable acquisitions and further leverage our scale.”

KKR partner Daan Knottenbelt, head of its Benelux operations, said that through the acquisition of Accell, the firm and its fellow investors are “committed to further developing the Netherlands as the global capital of cycling by building on the company’s leading position in the European e-bike market and continuing to grow  its strong heritage brands.

“This investment in Accell Group would build on KKR's significant experience of investing in the Netherlands,” he continued.

“KKR has the capabilities to support high quality Dutch businesses to accelerate their domestic and global growth ambitions, and to overcome challenges such as those Accell Group faces in the competitive global bike market,” Knottenbelt added.

Two months after a COP26 climate change conference in Glasgow in which the role of cycling – and e-bikes in particular, including cargo bikes – in reducing emissions was largely ignored, as highlighted in episode 12 of the road.cc Podcast, the proposed deal can be interpreted as a major vote of confidence in the market’s future.

KKR partner Tim Franks, head of EMEA (Europe, Middle East and Africa) consumer at KKR, said: “Accell Group's transport and mobility solutions have been a thematic investment focus for KKR for some time, and we believe that the bicycle sector and e-bikes in particular will play an increasingly important role in dealing with some of the major challenges the world is facing today, whether it concerns climate change, urban mobility and connected transport or personal health.

“The operating environment for biking is increasingly demanding and complex from a consumer experience, supply chain and digital capability perspective. As a global investor, we will deploy our resources to support Accell Group in realising its full potential as a global industry leader and sustainable innovator,” he added.

In 2017, Pon Holdings launched an €845 million bid for Accell Group, but the latter broke off talks, saying that the offer undervalued the business – a decision that now seems to have been thoroughly vindicated through a deal worth almost twice as much.