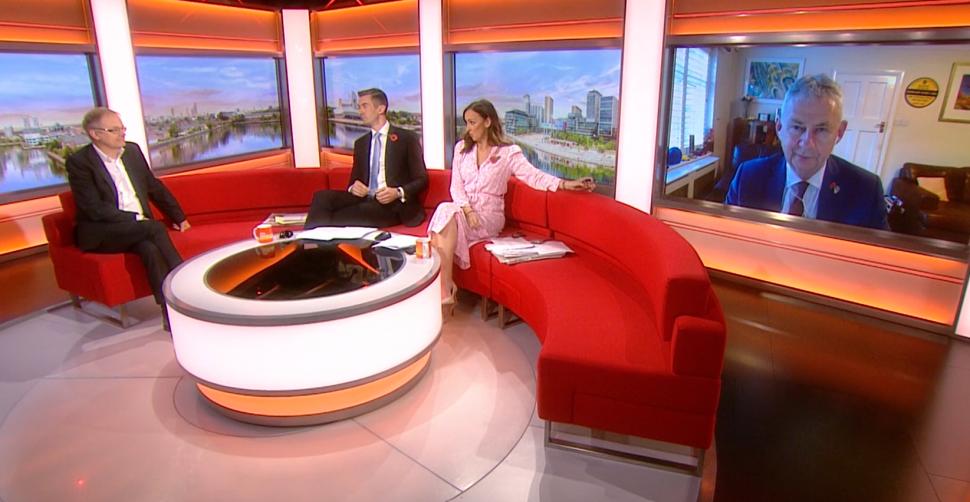 “Many drivers cycle and most cyclists drive”: AA president calls for “a bit of give and take” on Britain’s roads

Despite its rather misleading, tabloid-style title, the Panorama episode ‘Road Rage: Cars v Bikes’ – set to air on BBC One tonight and currently available on the iPlayer – offers a much more balanced and nuanced portrayal of life on Britain’s roads than most previous takes on the subject (notwithstanding the appearance of controversial journalist Rod Liddle).

However, that hasn’t stopped the likes of the Daily Mail from today jumping on one of the programme’s ‘key’ findings – that a third of those surveyed in a rudimentary online poll believe that cyclists shouldn’t share the road with motor vehicles – with provocative headlines such as ‘On your bike! One in three drivers want cyclists to be banned from public highways’.

“It is not unusual for motorists and cyclists to clash on the roads,” the Daily Mail’s article on the poll begins, a far cry from the Panorama episode’s portrayal of cyclists as people (who also happen to drive cars) who just want to get to their destination safely.

> ‘Road rage’ on BBC Panorama: fuelling the fire or raising awareness? We interview the presenter on the road.cc Podcast

This divisive tabloid response to a relatively balanced depiction of vulnerable road users was criticised by Cycling UK’s head of campaigns, Duncan Dollimore, in an interview with BBC Breakfast this morning.

“The survey stats that we’re reading about, though alarming, are not surprising,” Dollimore told presenters Ben Thompson and Sally Nugent.

“Because people in road safety have been talking for some time about the increasing polarisation and conflict on the roads, which is really worrying and concerning, because it’s sometimes fostered by a bit of a media narrative to try and pitch people who drive and people who cycle as two separate groups.”

Appearing alongside Dollimore this morning on BBC Breakfast was the AA’s president Edmund King. As Simon MacMichael pointed out in his review of ‘Road Rage: Cars v Bikes’, King’s voice was notably absent from Panorama’s programme.

Despite being the public face of the country’s biggest motoring organisation, King is a regular cyclist who has called on motorists to welcome bike lanes as a means of improving traffic flow and has also stressed the importance of using the appropriate mode of transport for each specific journey.

“Your other guest Ed is the representative of the motoring organisation who cycles, and I’m the cycling representative who often drives,” noted Dollimore. “We’re not separate beings who only travel in one way.

“But some of the reporting to try to create a polarisation as a bit of a news story fosters impatience and intolerance on the roads – and that’s detrimental to road safety and can cost lives.”

Echoing Dollimore’s point on the real-life effects of the tabloid-style tribalisation of Britain’s road users, AA president King also argued that increased investment in cycling infrastructure is crucial if tensions between cyclists and motorists are to be cooled, as well as helping to boost the number of people using their bikes for daily journeys.

“I signed a joint letter with Duncan and other organisations last week to the new government saying that we do need more investment in infrastructure,” King said.

“Because if we had better cycling infrastructure, like we have in Holland or other countries, there would be less conflict on the road and it would be safer for all. And I think more people would cycle if that infrastructure was there.”

He continued: “But I think the fundamental point is that most, or many, drivers cycle and most cyclists drive.

“I was out on my bike at the weekend on country roads and when there were a couple of cars behind me and it was difficult to get past, I pulled over.

“So, we need a bit of give and take, on both sides, to create more harmony on the roads. Because ultimately, in our towns and cities in particular, we can’t continue driving… We need to work together on this.”