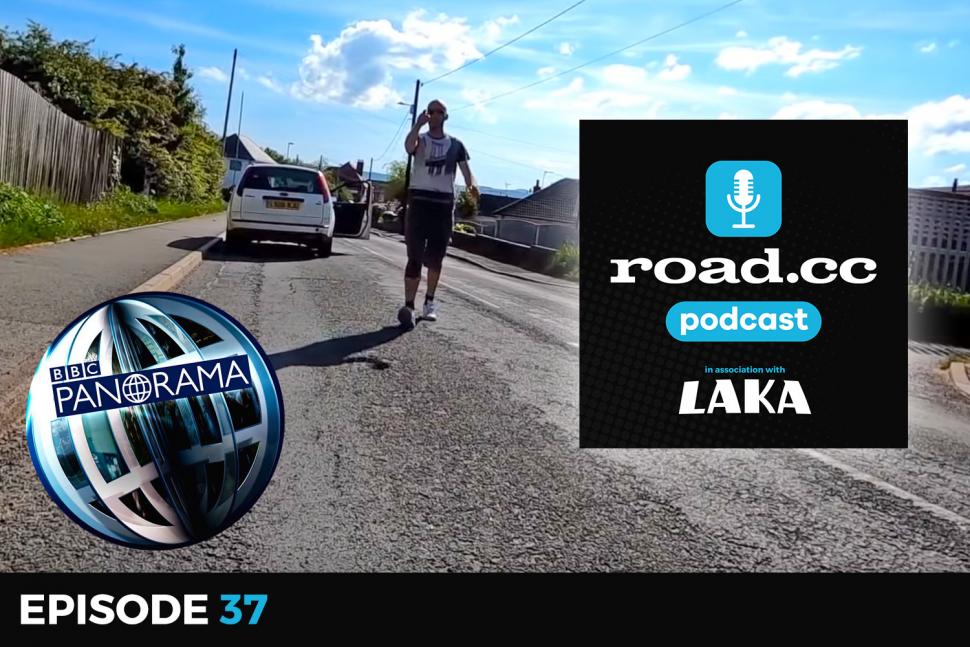 ‘Road rage’ on BBC Panorama: fuelling the fire or raising awareness? We interview the presenter on the road.cc Podcast

On episode 37 of the road.cc Podcast, we talk to Richard Bilton about the latest Panorama episode, and for something completely different Liam talks indoor training with Matt Rowe
by Jack Sexty

Some of you might have spotted in the Beeb's TV listings recently that a Panorama episode titled 'Road Rage: Cars v Bikes' has been floating about on iPlayer for a week or so now. It was supposed to be broadcast sooner then some minor political things happened, but we can now reveal that road.cc, along with some victims of dangerous close passes who have appeared in our Near Miss of the Day series, lent a hand in the production of the show.

We sat down with the presenter Richard Bilton to talk about why the show was made, what he hopes viewers will gain from watching it and what he thinks about some premature negative reaction to the title on social media (you'll find some of it on today's live blog). Are shows like this being broadcast to the nation inflammatory, or is it important that the public sees what cyclists can be subjected to on a daily basis to raise as much awareness as possible?

We'd recommend listening to the pod then watching the episode to form your opinion. Our communities' editor Simon has also written a review of the programme.

Part 2 is something completely different, as Liam talks to former racer and cycling coach Matt Rowe about indoor training and training zones. How should you structure your indoor training over the winter? Is zone 2 training all it's cracked up to be? Get some top tips from one half of Rowe and King to set you on the path to being fitter and faster in 2023.