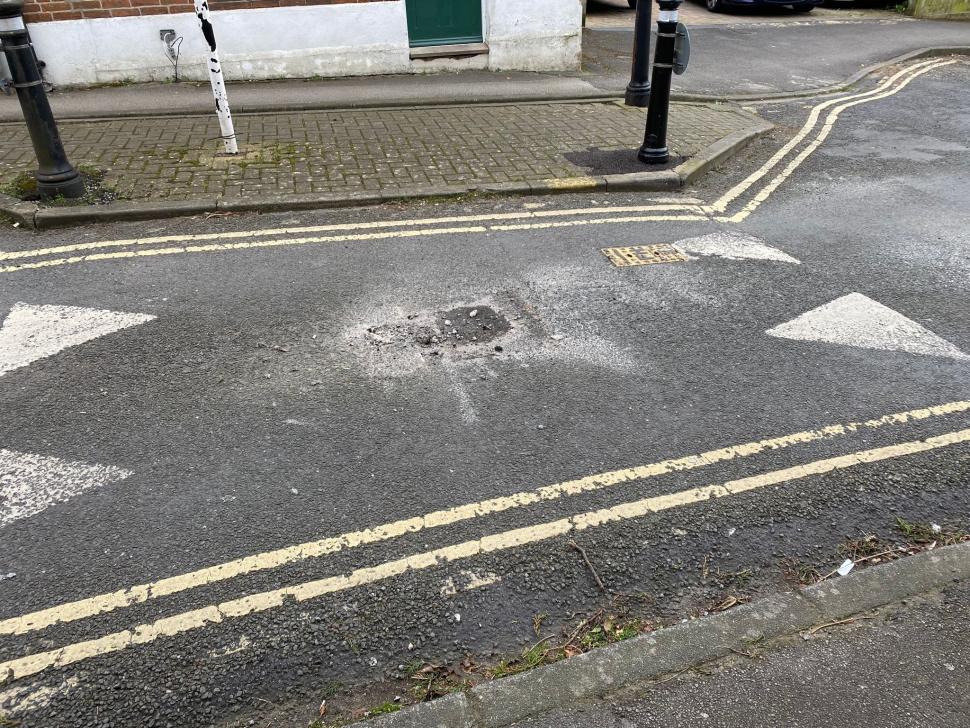 A local councillor shared a photo of the damage: "Someone decided their convenience to drive down a side street past a primary school was more important than children's safety walking and cycling to school"...
by Dan Alexander

A low traffic neighbourhood (LTN) bollard in Oxford, recently replaced due to vandalism, lasted just 24 hours before being targeted again, allegedly by a road user ramming it off the road where it was stopping motorists drive past a primary school.

On Thursday, Cllr Charlie Hicks proudly shared the news that the Temple Road bollard, in the Cowley area of the city, had been installed.

"The bollard survived less than 24 hours," the Labour councillor reported on Friday, asking Thames Valley Police to look into the vandalism or theft.

"Someone unilaterally decided that their convenience to drive their car down a side street past a primary school was more important than children's safety walking and cycling to school, using their car to ram and take it out," Cllr Hicks said.

The vandalism saga dates back to March 2021 when a foldable bollard was first installed to encourage cycling and walking on the road which runs past St Christophers Primary School.

However, last month it was vandalised, before being reinstalled on Thursday, prompting the councillor to ask for a more "robust" alternative to stop vandals ramming it off the road, as is believed to have happened to the previous bollards.

The majority of LTNs in the Cowley area of the city were installed in March 2020 under an Experimental Traffic Order to reduce congestion by preventing rat-running drivers cutting through quieter roads.

The Oxford Mail reports the scheme has proved controversial, with "ardent supporters, campaigning for quieter, safer streets" opposed by traders who say the scheme has had a detrimental impact on business.

It is not the first incident of anti-social LTN vandalism in the area however. Last May an anonymous DJ put up a £1,000 reward for the safe return of a gnome stolen from an LTN planter on neighbouring Salegate Lane.

The reward was accompanied by missing posters calling for the gnomenapper who took 'PC Plod' to return the decorative policeman to his planter.