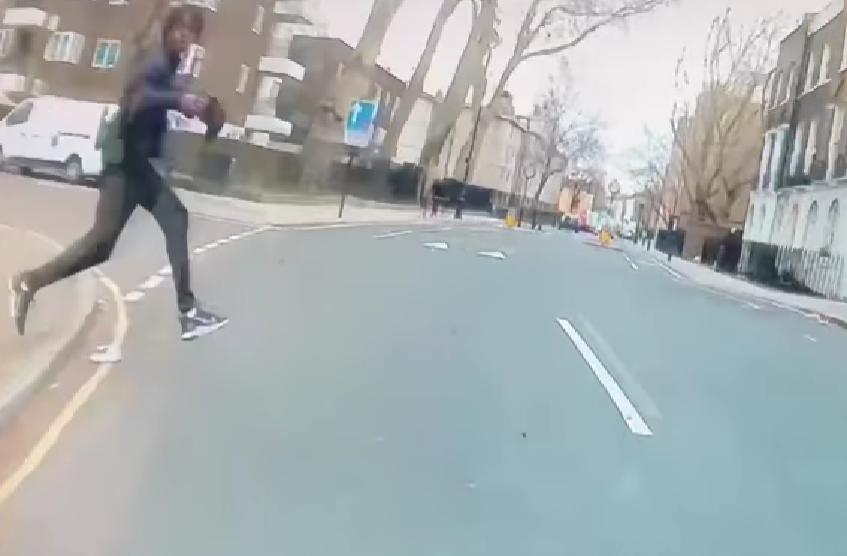 A ​London e-bike rider has filmed the moment a suspected bikejacker sprinted towards him on a popular cycle route in central London.

Facebook user Nicky Hill posted footage of the incident to the group E-Bikes UK, and said: “So just a little heads up for people. This happened today while travelling through King’s Cross area in London.

“I saw a guy running at me from the side so I was prepared. There was actually two of them as I saw after. Clearly going to try and steal the bike, luckily I got away!

“But just a warning or reminder that we are a target. Please be vigilant. He actually did push me but didn’t topple me so I carried on going.”

The incident happened on Regent Square, WC1 which forms part of a popular route for cyclists, linking the protected cycleways from Tottenham Court Road along Torrington Place and Tavistock Place to Cycleway 6 at the junction with Gray’s Inn Road, the location where the footage ends.

In replies to people commenting on the video, Mr Hill said that he takes the same route every day on his commute and suspects that the two would-be thieves had spotted him riding through there before and deliberately targeted him.

“I will go a different route from now as this was part of my daily commute. Possibly been watching me come past and was ready,” he said.

The bike he was riding was a Specialized Levo SL Comp Carbon, and he added in another reply: “The motor was kicking in and out to be honest so was lucky. I think by looking at it closer yes maybe they’ve been watching as who would run out like that for any old bike?

“Had traffic in front also so had to travel wrong side of road to get away!”

In the past year we’ve reported on a number of bikejackings here on road.cc, including a series of incidents happening last autumn in London’s Richmond Park perpetrated by muggers riding mopeds and carrying machetes.

There have also been numerous cases of cyclists being mugged for their bikes while riding on canal towpaths in Birmingham and the surrounding area.

The latest incident taking place on what is a relatively quiet stretch, in terms of pedestrian footfall, of a well-used cycle route does give rise to concern, however, hence Mr Hill’s advice to other cyclists to remain vigilant.

He added that he had passed the footage onto the Metropolitan Police, saying he did so because "This could be someone not as fortunate as I was. They’ll obviously do it again or have done in the past.”