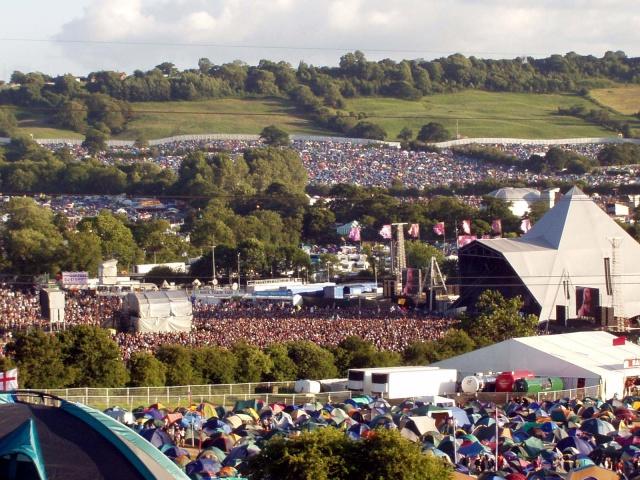 The Bike to Glasto scheme provides free secure bike storage, access to a cyclists’ campsite and, for a fee, a luggage delivery service
by Ryan Mallon

The Beatles may have told us that all we need is love – but if you’re planning on catching Paul McCartney on the Pyramid Stage this weekend, it turns out all you need is a bike.

150,000 music lovers (and those who just like partying in a muddy field) will descend on Worthy Farm this week for the iconic Glastonbury Festival, finally celebrating its 50th anniversary this year after two Covid-enforced cancellations.

However, these festivalgoers are facing severe travel disruption after Great Western Railway confirmed that there will be limited services through Castle Cary, the nearest station to the event, due to the RMT union’s planned national rail strike.

With the station only accessible on the Exeter to London route on strike days, Glastonbury’s organisers are urging people to ride their bikes to the festival, the site of which lies just south of Route 3 of the National Cycle Network, which runs between Glastonbury and Wells.

Festivalgoers are being encouraged to take advantage of the Bike to Glasto scheme, set up in 2015 as part of the organisers’ bid to reduce audience transport emissions and to allow people to “arrive in as green a way as possible to the site”.

Bike to Glasto provides attendees with free, secure cycle storage in the 24-hour-staffed bike compound, as well as access to a dedicated camping field for cyclists.

For anyone not looking forward to lugging around panniers chock-full of festival essentials, cyclists can also pay £15 for return luggage delivery from drop-off points in Somerset and London, or for a home courier service.

Cycling to music festivals has become increasingly popular in recent years, with events as diverse as Latitude, Shindig and Download all organising mass rides to their respective sites.

Cycling and rock and roll? Sounds like the perfect weekend…