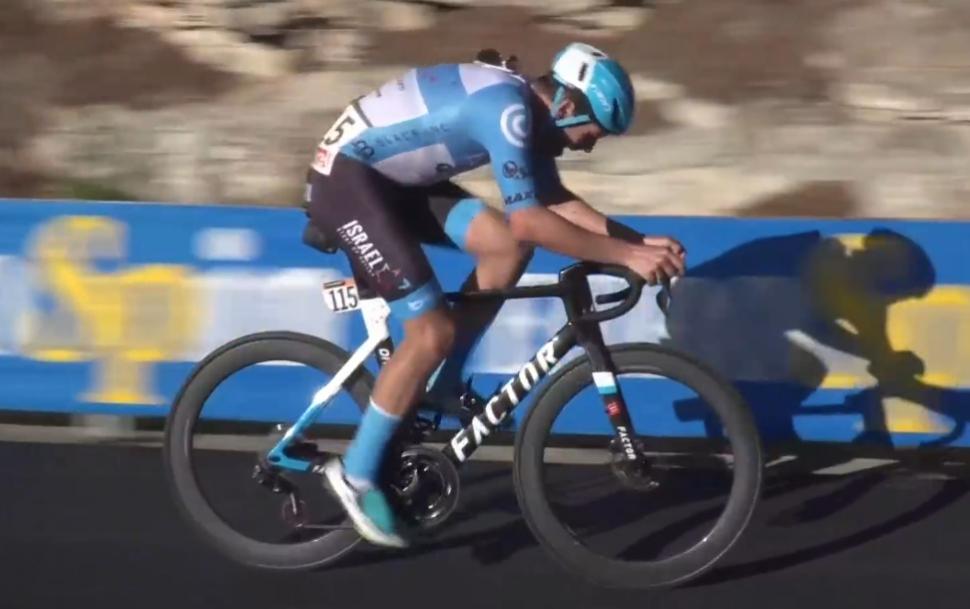 Alex Dowsett (Israel Start-Up Nation) ditched his fellow breakaway riders to win Stage 8 of the Giro d’Italia by an impressive margin of 1m15s. The victory came on a day that had started less than auspiciously for British riders with Simon Yates (Mitchelton-Scott) forced to withdraw following a positive test for Covid-19.

Dowsett's day started with a rather more mundane downer.

Cleaned my teeth then realised I hadn’t drunk my freshly brewed coffee yet this morning. I really hope the day picks up because it started with a nightmare.

He was then part of a six-man break that also included another Briton, Matt Holmes of Lotto-Soudal.

That group managed to stay away to the finish and it was the Essex rider who was clearly the strongest come the closing kilometres.

Dowsett famously won a Giro time trial ahead of Bradley Wiggins in 2013, but hadn’t won a road stage in nine years.

After attacking multiple times in the latter stages, he finally made his winning move with 18km to go.

"Alex Dowsett is in dream land... take a bow!" @alexdowsett is a Grand Tour stage winner again - seven years after his first triumph at the Giro d'Italia 🙌🇬🇧 pic.twitter.com/G6ydH5ThyA

The peloton finished 14 minutes later with no significant changes to the general classification.

Dowsett said: “Since Israel Start-Up Nation stepped up to the WorldTour, we’ve been fighting for this victory.

“Today we had a plan to break away. Either Matthias Brändle or myself could have been the winner. It’s an incredible thing to have experienced, and a massive relief.

“Uncertainty is the nature of 2020 and I have no contract for next year. I still want to be a bike racer. It’s not really a job, it’s what I like to do and what I’m good at.

“I have my first baby on the way. It makes me worried but I’m looking forward to being a dad. It must be as emotional as winning today’s stage.”