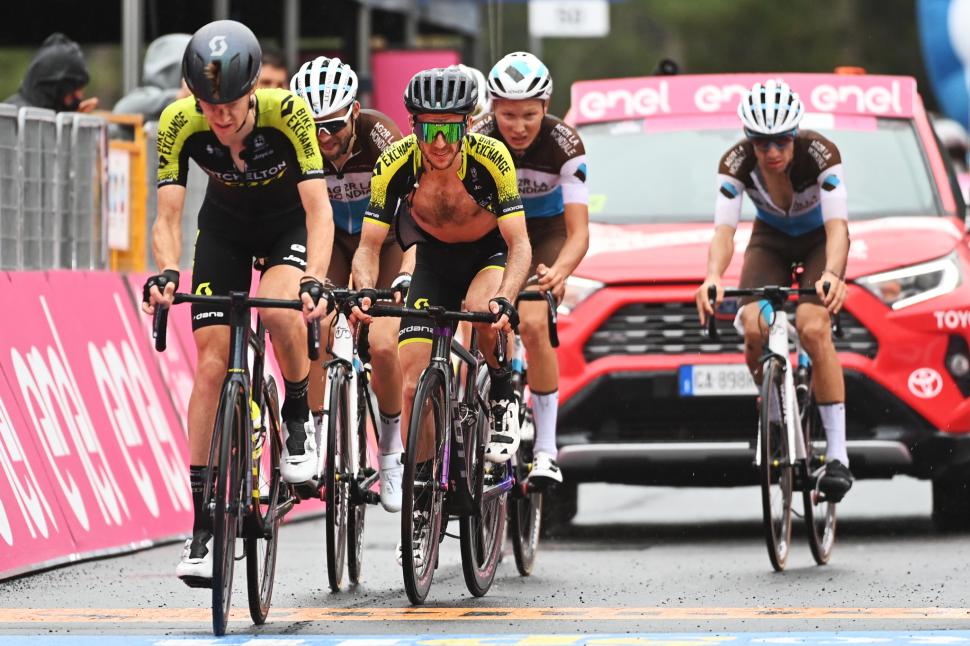 Simon Yates (Mitchelton-Scott) has been withdrawn from the Giro d’Italia following a positive Covid-19 test. The Briton – who had been sitting 21st overall after an underwhelming start to the race – was said by his team to have developed “very mild symptoms” in the hours after Stage 7. The rest of the team and support staff have since been tested but all returned negative results.

Yates had gone into the Giro as one of the favourites after winning Tirreno-Adriatico last month. However, he unexpectedly lost three minutes to his major rivals on the race’s first summit finish on Mount Etna on Stage 3.

After developing Covid-19 symptoms last night, the Mitchelton-SCOTT medical team requested a rapid test which came back positive. A second, RT-PCR, test was later taken, which confirmed the result.

“Simon displayed a very mild temperature on Friday evening during our routine temperature checks, which have been completed three times per day during the course of the Giro d’Italia,” said Dr Matteo Beltemacchi.

“Following the team’s RACESAFE COVID-19 policy, he was isolated in his room and we immediately requested a rapid test using the services offering by the RCS, which has returned positive.

“Simon’s health remains our main concern and, thankfully, his symptoms remain very mild and he is otherwise in good health. We want to thank the RCS for their support in arranging the quick testing and his transport.

“All other riders and staff have returned negative results and have been cleared to continue the race, but as a precautionary measure we will monitor the situation closely and undergo further testing in the coming days.”

Yates is being transported by ambulance for a period of quarantine. His symptoms remain very mild.