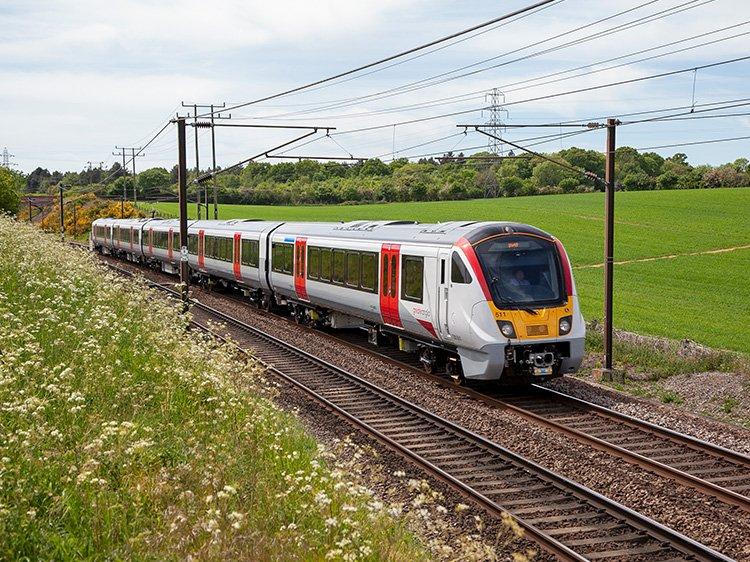 Cyclists taking part in next month’s Dunwich Dynamo have been told by Greater Anglia not to take the train home – because its new rolling stock has limited space for bicycles.

In the past, the operator has laid on trains from Ipswich with guard’s vans to help many of the participants in the all-night summer ride from London to the Suffolk Coast return to the capital with their bikes, although it has had to restrict numbers at times.

But the company has said that its new intercity trains, which now run on the route, have space for just six bicycles each – and will be unable to cope with the expected demand from cyclists who have completed the 120-mile ride, which this year takes place on the night of Saturday 24 and Sunday 25 July.

Kim Bucknell, Head of Customer Service East, Greater Anglia, said: “Unfortunately we are unable to support the Dunwich Dynamo this year and we are unable to offer mass transit for the large number of cyclists involved.

“Our new intercity trains have six cycle spaces each and there is no limit on the number of folding bikes we can carry, but this is not sufficient for the number of event participants.

“We are advising cyclists to find an alternative way to transport their bikes back to London.

“We’re sorry not to be able to help participants, but these restrictions are in place for the safety of our passengers and these rules will also help to maintain a reliable and punctual service.

“We would like to thank the cyclists and organisers in advance for their cooperation and understanding."”

In fact, the Dunwich Dynamo has no organiser – it began in 1993, when a group of couriers left a London pub one Friday evening, headed east, and didn’t stop till they hit the North Sea.

> Dunwich Dynamo and back

In the three decades since, it has continued to grow in popularity and, prior to the coronavirus crisis, around 3,000 cyclists were taking part each year, meeting at the Pub On The Park at London Fields in Hackney at 8pm for a 9pm start – although some leave earlier, or later before heading to Suffolk via the Essex countryside.

Since 2000, Southwark Cyclists has provided coaches to help participants who have booked a place return to the capital, with their bikes following in a fleet of vans, transporting around 1,000 riders in 2019.

However, the service was suspended last year, and according to an update in the group’s February newsletter it looks extremely unlikely it will happen this time round.

For those making it all the way to Dunwich, therefore, alternative arrangements will have to be made, such as having friends or partners meeting them there with a motor vehicle, while some no doubt will just dip their toes in the sea, get back on their bike, and ride all the way back to London.

Another impact of the coronavirus pandemic is that some of the rest stops along the route which give the event much of its festival atmosphere will be missing – although according to a post on the Dunwich Dynamo Facebook group page, the Fyfield Pit Stop, run by the 1st Moreton and Fyfield Scouts in Essex, will be open.

There is an alternative ride organised by Greenwich Cyclists taking place on Saturday 24 July, also leaving the Pub On The Park although at the earlier time of 5pm, and only going as far as the White Hart in Moreton, a few miles past Epping, for a “hospitality” stop.

After taking suitable refreshments, the idea is to return to Epping via Ongar and take a train – the town is only served by the London Underground Central Line – back to the capital, although restrictions mean that bikes can only be taken as far as Leyton.

Places on that ride can be booked here, with nearly 300 people signed up at the time of writing.