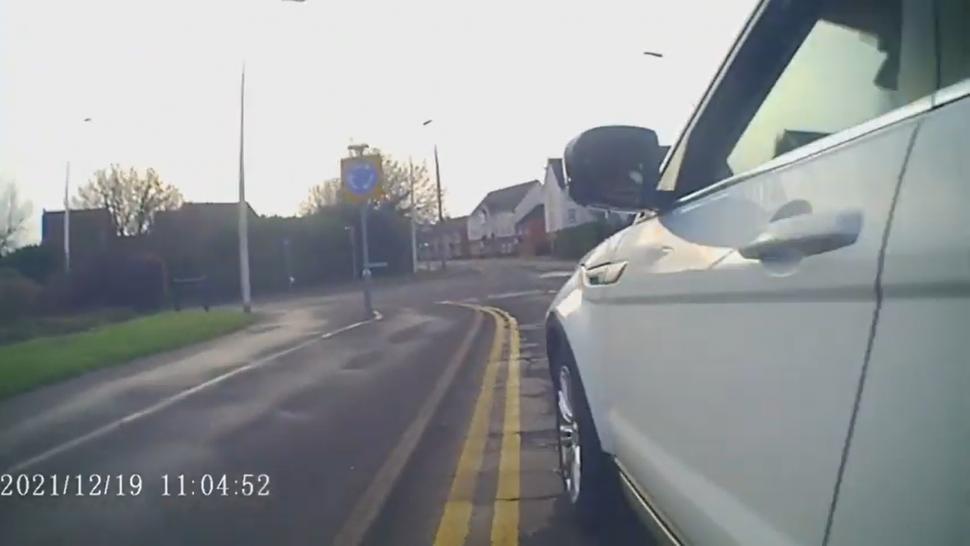 UPDATED: Thames Valley Police insist driver would have been prosecuted, but "due to staff absences", two-week deadline was missed...
by Dan Alexander

"I have just got off the phone to someone who explained that 'due to staff absences' my submission via their website was missed and the footage not viewed in time to send out a notice of intended prosecution (served within 2 weeks)," they told us.

"Had this error not occurred I was assured it was something they would have prosecuted for, and the driver was spoken to by a police officer about his actions in addition to the warning letter. Given Covid I can understand that, I suppose.

"Next time something of that nature happens (because it will sooner or later) I think I might take my video to a police station rather than submit online."

Just days after a road.cc reader sent us some shocking footage of an incident involving a West Midlands driver repeatedly trying to ram them off their bike, we have been sent another concerning video.

This time the video comes from Berkshire, where a Land Rover driver, angered by an earlier exchange about the rider not using a cycle path, drove into the cyclist, pushing them towards the kerb.

Shockingly, the road.cc reader involved reported the incident to Thames Valley Police, who decided, after three months of waiting, to send the driver a close pass warning letter.

"It has taken Thames Valley Police the best part of three months to send a warning letter for a 'close pass' when the car [driver] clearly purposely hits me," the reader told us.

"The incident starts with a close pass as the driver shouted at me out of his window about not using the rubbish cycle path. It contains some rude words, sorry.

"The driver of the car behind stopped to see if I was okay and the passenger had also videoed it so I gave the police their details too. Obviously any sort of investigation or desire to make roads safer is not important to them.

"I'd love to know what the warning letter said... 'if it wouldn't be too much trouble could you consider not ramming cyclists with your car please?' or something like that!"

On Friday, we shared footage of a shocking road rage attack on a cyclist in Hagley, West Midlands, after they threw an arm up in frustration at a close pass.

The motorist chased after the rider, matching their speed before a series of attempts to ram the cyclist from their bike.

West Mercia Police twice downgraded the report from assault to dangerous driving, finally settling on driving without due care. The driver admitted the offence and walked away with a £100 fine and three penalty points.

When we contacted West Mercia Police with the footage and outcome, the force first suggested it had not been under their jurisdiction, before later saying they had nothing new to add and the cyclist would have to contact their police point of contact directly.