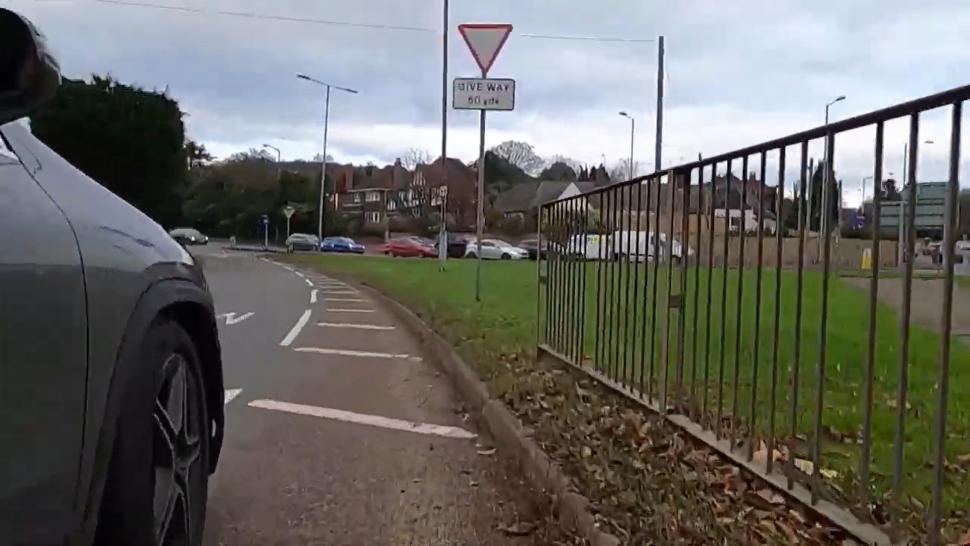 On December 15th last year, road.cc reader Kionne Potter went on his usual one-hour lunchtime training loop, the footage he sent us today shows the shocking road rage attack that followed from a driver who repeatedly tried to ram the West Midlands cyclist from his bike.

In his own words, Kionne reacted to the unnecessary dangerous close pass on the A491 Kidderminster Road in Hagley, instinctively throwing an arm up in frustration.

"The motorist then slowed down and as I approached him he wound down his window and shouted abuse at me and instructed me to ‘get off my f***ing bike now’.

"He continued this abuse throughout the incident but you cannot hear most of it. He then deliberately prevented me from getting back into the lane I needed to be in, if I increased my speed so did he and if I slowed down he did also. He made four or five attempts to hit me which I had to avoid and then he tried to pin me into the gutter whilst still shouting ‘get off your f***ing bike now’.

"When I got in front of him he then tried to hit me from behind, you can hear the car rev hard and hear wheelspin from the hard acceleration, he then made one last swipe to the left before driving off.

"I tried really hard to get away from him but he did everything he could to prevent me escaping. Although the camera got some decent footage it still missed a lot that happened, and because the GoPro Hero 8 is so good at image stabilisation it smooths out a lot of my evasive manoeuvres so it looks a lot less dramatic than it was."

The driver was apologetic once the police were involved, citing relationship problems for his uncharacteristic behaviour, and after the report was twice downgraded by West Mercia Police, he was fined and given penalty points.

road.cc has contacted West Mercia Police for a further comment on the footage.