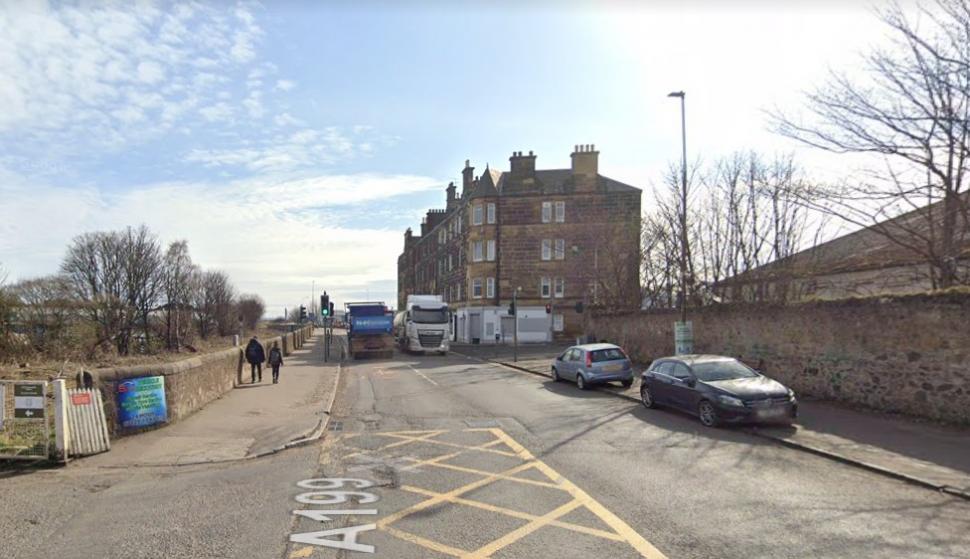 The cyclist, whose front wheel was damaged after the driver ploughed into her bike, currently has no way of tracing the offender following the incident in the Seafield area of Edinburgh
by Jack Sexty

A cyclist says she will be contacting the police to find a driver who ploughed into her front wheel at a junction, before leaving a phone number that turned out to be fake after the incident.

Gonda Metzger said that she was cycling home from work on Wednesday evening in the Seafield area of Edinburgh through heavy traffic. When she reached the junction with Marine Esplanade on Seafield road, a car emerged from the junction and the driver of it failed to spot her at the front of a queue of traffic, hitting her bike.

She told the Edinburgh Evening News: “I was cycling home from work and it was standstill traffic so I was cycling next to cars so that I could pass them and not be stuck in traffic for ages.

"The driver didn’t look right to check for cyclists and ploughed into my front wheel.

"He realised what had happened and gave me his number – which is a fake."

Gonda says she is left with no choice but to appeal for more information and contact the police in an effort to find the driver, who if caught could face charges for leaving fake contact details.

She added: "I cycle everyday around Edinburgh. It has got worse over the Fringe, with pedestrians stepping in front of your bike and cars ignoring the rules of the road.

“I would love to get the driver more educated about the rules. They always have to check on their right even when it is standstill traffic.”

> Hit by a driver? 9 vital steps cyclists should take next

Whether a cyclist has cycling-specific insurance or not, it is possible to make a claim to recover losses and get compensation for injuries through organisations such as Cycling Accident Management Services (CAMS) or Cycling UK. As covered in our feature on the subject, cyclists who have been hit by a driver are advised to get as many details as possible, request emergency assistance, gather extra evidence and instruct a specialist solicitor.