It’s Thursday (or Alex Ferguson’s Birthday Eve), and Ryan Mallon is here to guide you through what’s left of the soulless drudgery that was 2021… What, too upbeat? 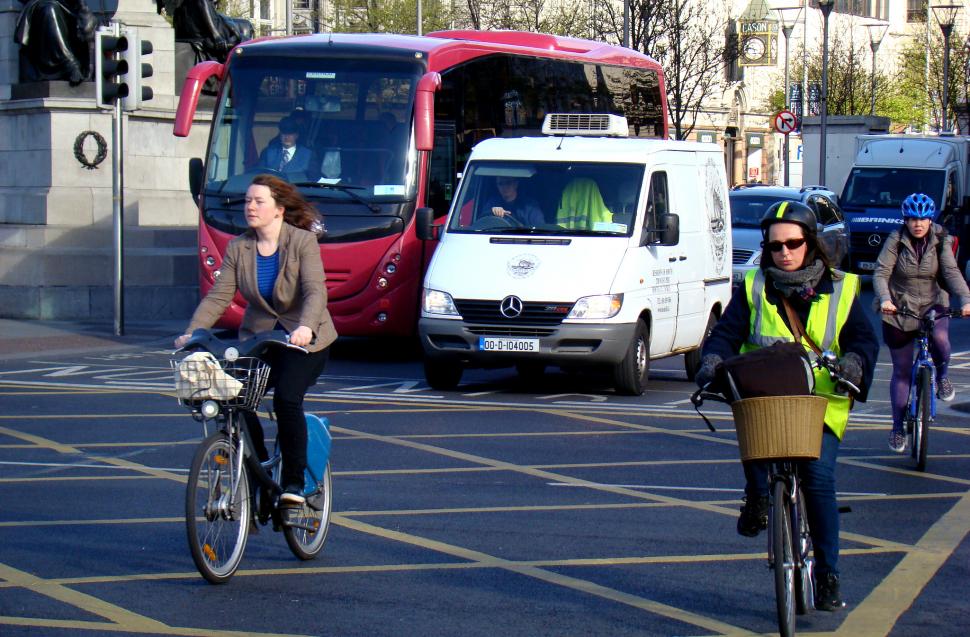 A Conservative peer has received more than £300,000 from the government’s “levelling up fund” to fix potholes on his 7,500-acre private estate.https://t.co/ZwZDkUh0GE

And finally, next time you hit a pothole on your commute to work, spare a thought for the Conservative hereditary peer who had to apply for over £300,000 from the government’s “Levelling Up Fund” to fix the potholes on the driveway to his 7,500-acre private estate.

Yes, you read that right. Lord Nicholas Gage (not to be confused with the Con Air actor) received £330,000 to repair a road to the independently-run Charleston Farmhouse in East Sussex from a fund the government claims “contributes to the levelling up agenda by investing in infrastructure that improves everyday life across the UK.” Makes perfect sense.

That’s all for today folks, I’ll catch you in the New Year. In the meantime, if anyone knows a hereditary peer, tell them there are a few potholes that need fixing down my way…

The Daily Mail is really loving its celebrity cycling stories this Christmas.

Yesterday we delved into their quite creepy fascination with Harrison Ford’s “clinging” jersey; this time around we have a report on an interview with Nicole Kidman where she reveals – make sure you’re sitting down for this – that she didn’t perform all her own cycling stunts for the 1983 Australian film BMX Bandits.

“While I did do some of the riding in BMX Bandits, they also had a professional body stunt double – who was a teenage boy wearing a padded bra!” Kidman apparently laughed. Scintillating stuff.

Kidman’s first major film role, BMX Bandits follows three young BMX aficionados (never saw that coming) who foil a gang of bank robbers with their silky cycling skills. At least I think that’s what the plot is, I’ve never seen it. I’m more a Breaking Away kind of guy myself - now that’s a film.

30 December 2021, 16:20
“Cycling is inherently safe; driving is dangerous” – readers respond to email calling “for a better level of understanding of the problems faced by all road users”

We’ve had some interesting replies to Colin’s email about the relationship between cyclists and motorists, which he sent to us in response to our article on public awareness of the upcoming changes to the Highway Code.

While a few expressed at least some degree of sympathy with Colin’s viewpoint, most of you took exception to his claim that cycling and walking on country roads is “inherently dangerous”, with one reader commenting that “danger is brought into this environment by inappropriate driving.”

Here’s a selection of some of your views:

Well, I disagree with Colin's opinion…

Cyclists are obviously part of the solution, not the problem so it's insulting and disingenuous to claim that some lone cyclist is 'stubbornly claiming his/her space' without also realising that a large percentage of drivers are also sole occupants and using much more space.

Some people have been fed the 'car is the solution' story so many times that they can't spot that the personal car has spectacularly failed as a mass transit solution and is also very damaging to people's health and welfare.

"Cyclists riding in groups can be impossible to deal with."

What's "impossible" about driving behind them until there's a safe legal opportunity to pass?

Colin's comment is worryingly close to 'the responsibility for road danger is 50-50, can't we all just be nicer to each other?' That is to misunderstand the problem and any possible solution.

I have some sympathy for what Colin says. And yet, he paints a picture of even a solitary cyclist being the problem, on roads which are "inherently dangerous".

Both postulates ignore the truth, which is that the problem and the danger are presented by the excessive numbers of drivers in vehicles… The dangers and frustrations Colin describes are real, however. We have arrived here by following a path of ever more cars. Demonising car substitutes can not be the answer.

I think there needs to be a happy medium in Colin's story between unfairly calling out a solitary cyclist undertaking a worthwhile journey, and condemning the reckless and selfish antics of large groups of leisure cyclists hogging the roads and making cycling more dangerous for everyone.

Great save by @WoutvanAert 🇧🇪 after his back wheel slides out on the mud! pic.twitter.com/q3AFLwluXe

Not that it needed proving, but Wout van Aert showed us once again today that there is little he can’t do – check out this cool-as-you-like save after his back wheel slid out during the X20 Badkamers Trophy race in Loenhout.

Cyclo cross is officially the most ridiculous sport in the world and I loves it.

Also Wout is just insanely good at it so his massive duck collection must be growing. pic.twitter.com/mGHdD3Erzq

Also, in the list of completely bonkers cycling prizes, today’s race has to be up there. Makes you wonder: who would you rather fight – one Wout van Aert-sized duck or 100 duck-sized Wout van Aerts?

At least those ducks don’t need too much looking after, unlike the poor piglet won by the best Breton rider at the Tro-Bro Léon. 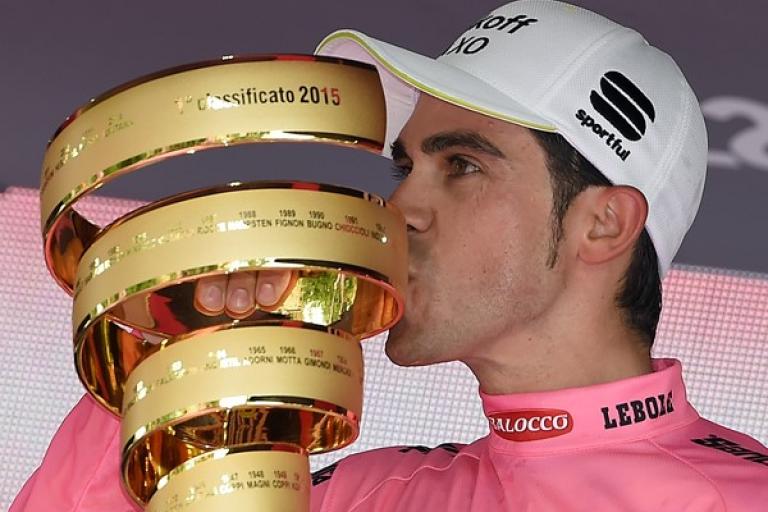 Was El Pistolero ready to fire one last bullet?

Speaking of improbable comebacks, it was revealed this week that seven-time grand tour winner (or nine, depending on who you ask) Alberto Contador was seriously considering a spectacular return to the sport during the reconfigured 2020 season.

According to his brother Fran, with whom he runs the Eolo-Kometa team alongside former Giro winner Ivan Basso, Contador eyed up a comeback at October’s Giro d’Italia, won of course by Tao Geoghegan Hart.

The Spaniard, who turned 39 this month, retired from professional cycling in 2017 after he capped off his career in style with a solo victory atop the fearsome Angliru on the penultimate stage of the Vuelta a España.

“After retiring he has continued to feel strong and has been capable of pushing big numbers,” Fran Contador told the BiciEscapa podcast. "I understood perfectly that Alberto had that fire to return, that ‘why not’, the ‘I’m going to train and see if I can or not’. But in the end it was left at that. Alberto retired in a good way, at the top, and is now enjoying his life away from the bike."

It is perhaps surprising that Bertie even contemplated a return to the peloton after so long out of the sport. He did, after all, spend a turbulent 2009 sharing team leadership with a certain brash Texan who made what could be charitably described as an ill-advised comeback…

The winner for best reply to José's tweet surely has to go to Rasmus for this mid-noughties nostalgia-laden gem:

Is that Vladimir's Karpets?

Here at road.cc, we love a bit of frenetic balance bike racing. But where does this display of sheer will and fortitude rank in your all-time list of epic cycling comebacks?

Surely that has to be up there with Cav’s return to the top this year, Van Vleuten in Le Grand-Bornand, Froome on the Finestre, Pogačar’s Tour-winning TT, or even Floyd’s impersonation of Lazarus in 2006? I could go on…

(Incidentally, a similar mishap happened to my five-year-old cousin on the start line of his first ever cyclo-cross race last month. Unfortunately he didn’t quite muster the same kind of comeback…) 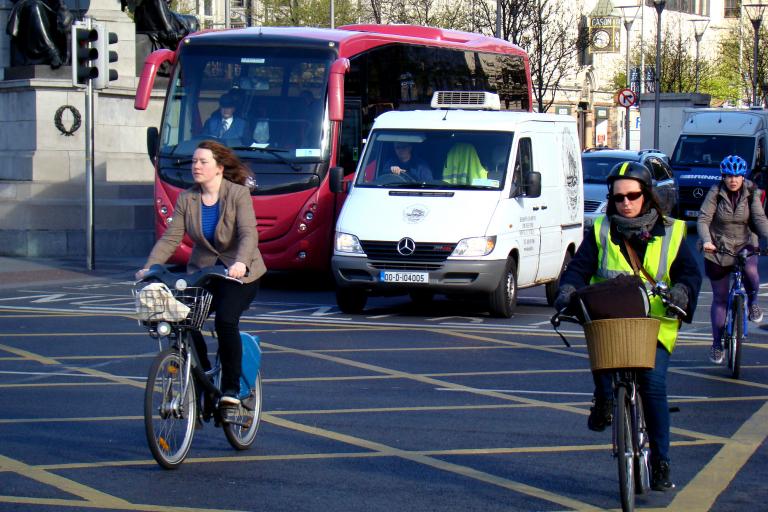 You may have read our article this morning on Cycling UK’s bid to persuade the government to launch a properly funded awareness campaign over changes to the Highway Code, due to come into effect at the end of January.

One road.cc reader, Colin, has got in touch to share his thoughts on how we can all be safer and more accommodating on the roads. What do you think of Colin’s suggestions?

I have been a cyclist all my life, and a driver holding a variety of licences since my twenties, which means I've been driving for 60 years. It's good to see that cycling is becoming once again a serious means of transport as well as a leisure activity and I applaud all efforts to make it safer. I have lived in West Somerset for many years, so my observations are mostly about rural cycling, where there is a serious conflict of interest between cyclists and all other road users, including pedestrians. On our roads cycling, like walking, is inherently dangerous. Narrow, winding, with high hedges and poor visibility, to say nothing of often very rough edges and potholes, they were never constructed to carry the traffic they now have to. The A39 is a road where, in many places, large vehicles can only pass each other with care, and where overtaking anything safely can be difficult for miles. It's not uncommon to see a long line of vehicles stuck behind a lone cyclist who is stubbornly 'claiming his/her space'. In the end people take risks, which don't always turn out well, often in a 'red mist' of anger and frustration. Cyclists riding in groups can be impossible to deal with.

Alternative routes suggested for cyclists are often impractical. Anyone who thinks that country lanes are safe is living in the middle of the last century, and has certainly never tried to ride a bike along one!

None of these problems will ever be resolved as long as each side goes on beating it's own drum, refusing to really listen to what others are saying. There is an urgent need for a better level of understanding of the problems faced by all road users and for all of us to stop just shouting the odds and blaming everyone else. There is an equally urgent need to provide proper separation for cyclists in particular. Painted white lines on already inadequate roads provide answer to anything.

Whatever the shortcomings of the new Highway Code may or may not be, it will have achieved a lot if it leads to a sensible debate, and maybe even some wise decisions, about how we can all be safer on our roads. 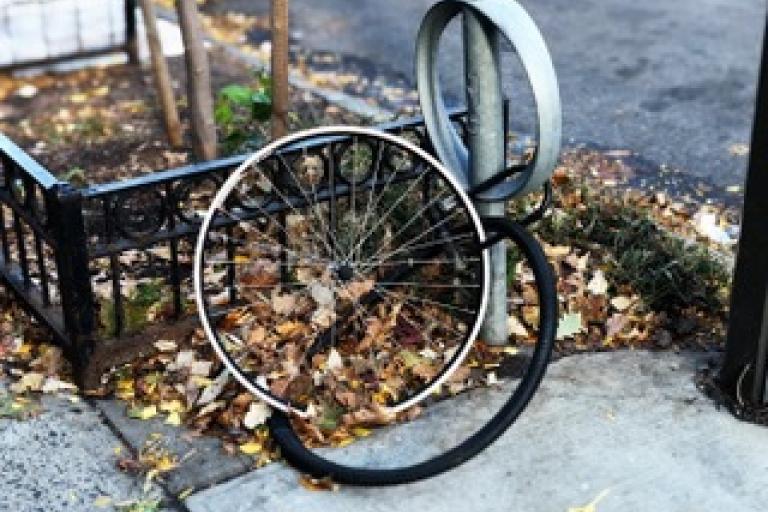 Oxford’s city centre has once again been confirmed as the worst neighbourhood for bicycle theft in England and Wales.

While the city, to me anyway, certainly doesn’t seem like the perfect stomping ground for the Conors and Jocks of the world (that’s a “Young Offenders” reference, for those scratching their heads), a plethora of students with cheap locks ensures that the area has long proved fertile for sticky-fingered bike snatchers.

Even with the pandemic reducing the number of students living in the city over the past year, 214 reports of bike theft were recorded in Oxford Central between March and August 2021.

Cyclists outside the town centre can take heart though – when taking into account the entire city, Oxford sits second on the national rankings behind old rivals Cambridge, where bike theft remains one of the most prevalent (and under reported) crimes in the area.

Reading, Lincoln, Norwich and Bristol sit alongside Oxbridge in the top ten of places where your bike is likely to go missing.